A bit windy out but not too bad for riding. Headed first to one of the places Lyn had told me about – Elbury Park, which is very close to the house and is one of the highest places in Worcester, I believe. The pedestrian path had too many stairs, so rode around until I found a paved road with a gate so no cars can use it.

Didn’t see one other person the whole time – at the top there was a wonderful view of the city and surrounding area in one direction, but trees impeded the view of much of the rest. 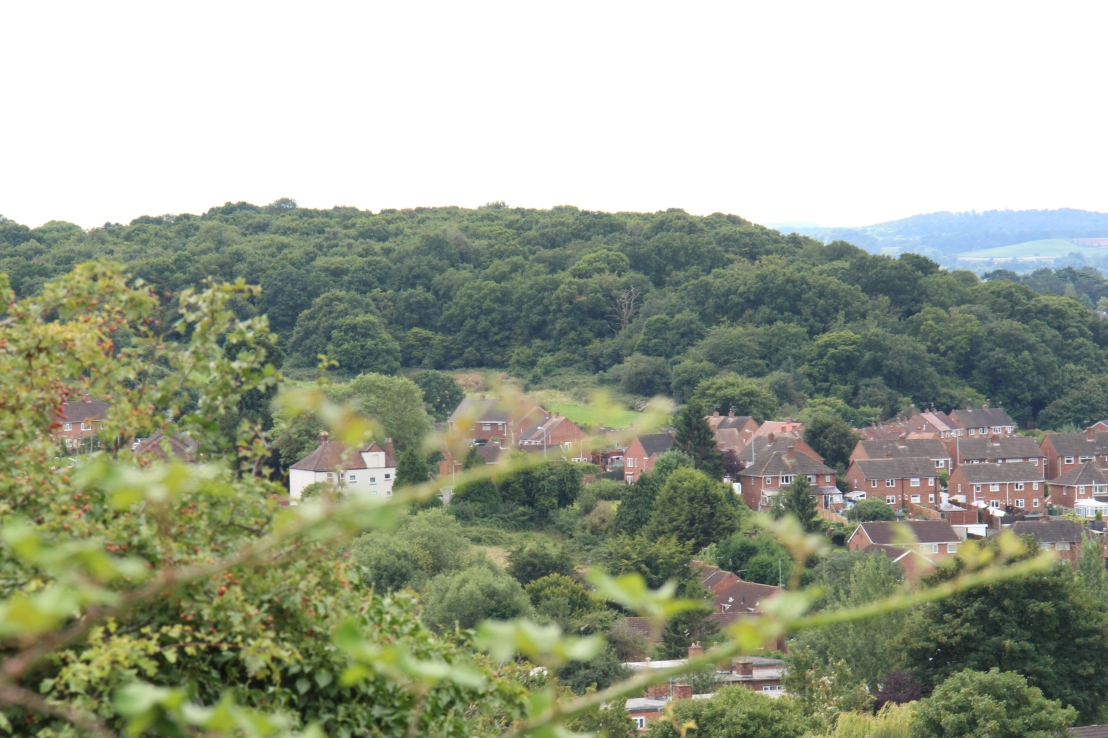 I couldn’t find any other trail or path so rode back down the way I’d come up. Found my way over to another wooded area further east and a bit south – again no other people on the paths, so it was nice and quiet. Decided to go home rather than try to find Worcester Woods Country Park (another of Lyn’s suggestions) – I’ll leave that for another day.

Got home after only about an hour’s riding – shorter than usual, but after the 4 hour trip yesterday I figured it was ok to take it a bit easy.

One of many things that’s different here than the other countries I’ve been in is the churches – specifically the bells. They don’t ring the bells constantly like they did in all of the other places – every hour day and night, and even more on Sundays. Now if I wake up in the middle of the night I actually have to look at the clock instead of count the bells to find out the time – ha ha.