Got up to a mix of sun and cloud – don’t think it rained during the night like they’d expected. Took the doggies for a short walk, ate breakfast, then sat at a picnic table to make use of the fast wi-fi here. 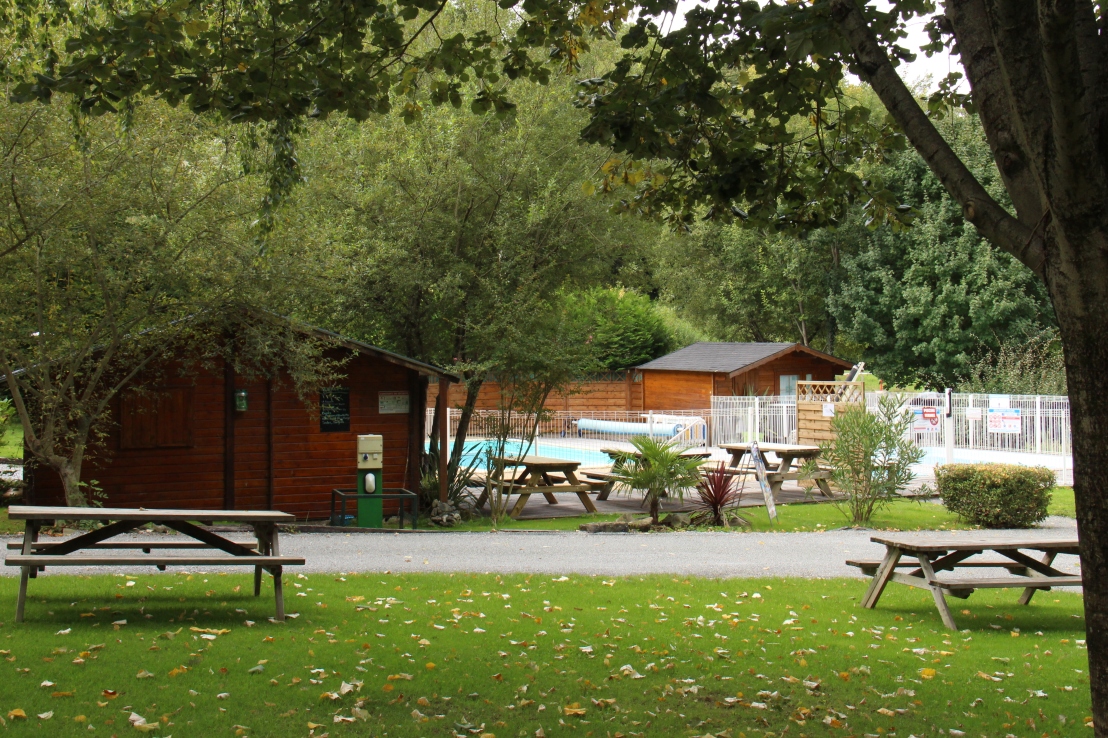 Took a photo of the campground’s dog – very large and fluffy, and super friendly.

Got on the road shortly after 10:00, heading east and north – didn’t go quite as far east as Lourdes, which is supposed to be absolutely over-run with stupid tourists – glad we by-passed it. Passed a cavalcade of old cars on the road – some of them were pretty neat.

Skirted around the western edge of Tarbes, then got onto the N21 northeast then north. Went thru Auch and continued north to the town of Lectoure, where we turned west. Tried to find a campground that Colin had stayed at before, but it was closed.

Went in a bit of a loop on some very small back roads, then headed west to the town of Condom. Passed a couple of goose/duck farms – they make a lot of foie gras around here – it’s very mean and I’d never eat it.

Found a municipal campgound next to the river – it’s quite nice, and very cheap compared to some of the others. The rain started right after we arrived, and didn’t quit for even a minute. Colin has picked up a bit of a cold so stayed in the campervan while I went for a walk.

There’s actually a canal here with a lock right beside the campground and the rest of the river a few metres away. A nice park, and a path that likely goes right into the town. Listened to news and music videos on the ipad with the ear-buds in – went to bed at a decent time.