Woke up a little early so heard the church bell alarm go off at about 6:49 – not sure how many worshippers needed to be woken at that time, even on a Sunday, but it chimed 104 times – not kidding, I counted. Not quite the warm, sunny day that we’ve become used to – went outside in my shorts, as I have the last several days, but quickly headed back upstairs to change into my long pants. Drove up to Papiano for the great cappuccino and wi-fi. 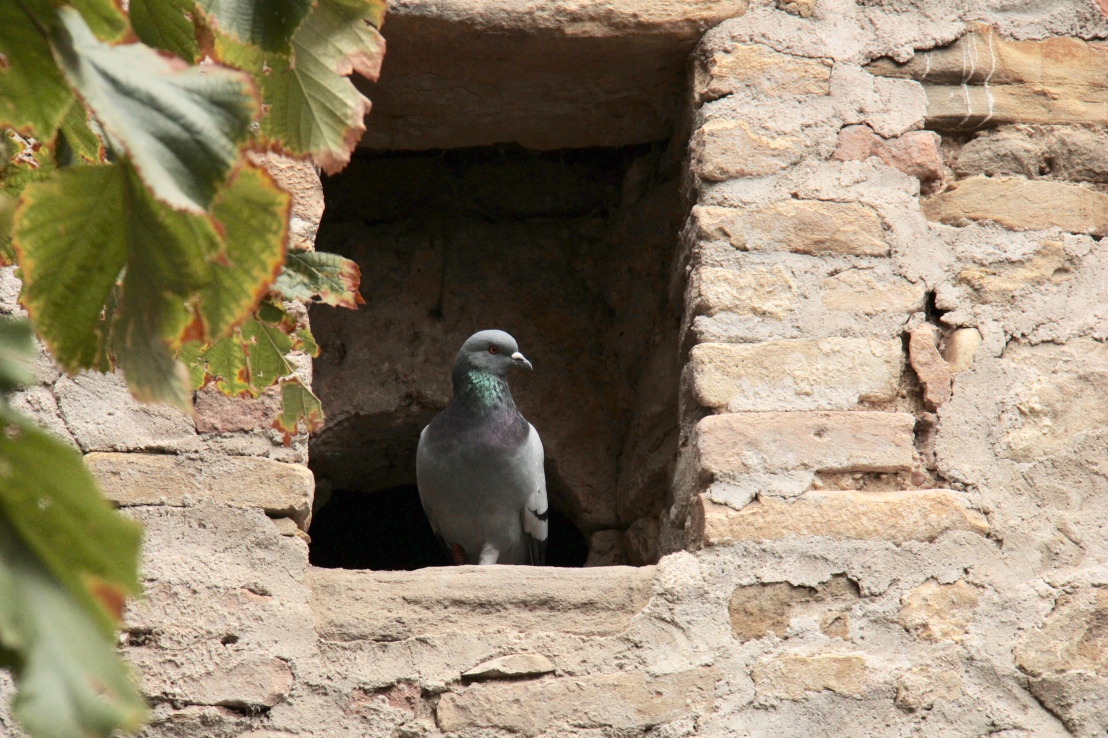 Next we went to Montefalco, which was the end of the ITT that we watched back in May. There are still a few reminders that the Giro was here. We were very surprised by the number of people on the streets, and after we picked a place for lunch it just filled up. 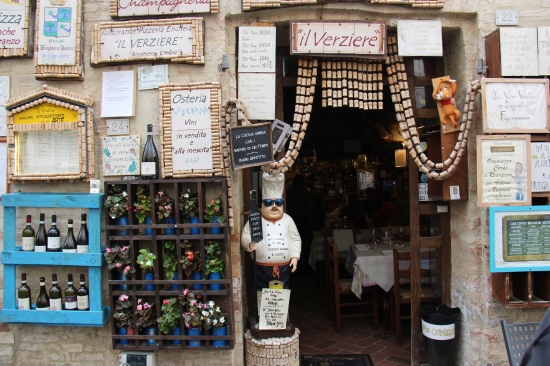 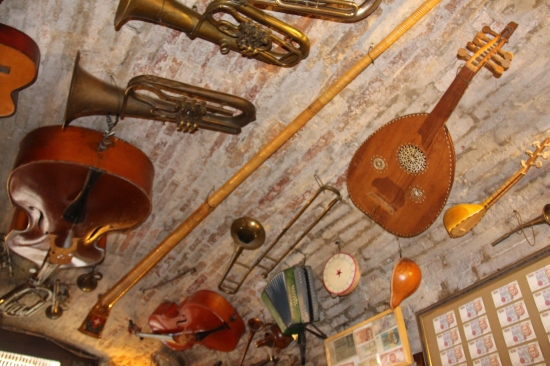 The restaurant was really cute – the first thing I noticed was all of the musical instruments hanging from the ceiling in every room, then noticed the currency notes displayed behind glass on all of the walls (saw a Cdn $5 note in a couple of spots), as well as miscellaneous photos and artwork. Another big thing was their incredibly inventive use of wine corks. There were curtains on the door, window ‘blinds’, candle holders, everything you could imagine made out of corks – I could have built a house if I’d thought to keep all of the ones I’ve gone through!

We had a nice corner table – with the doggies! – in a small room to the left of the door – it was hard to tell how crowded the rest of the place had become. A couple with a young boy sat down next to us, and another couple with two dogs came in shortly after – I motioned for them to not come in to our little room and the lady smiled in understanding, because of the growly doggies, and took a table in the next room.

Very shortly after we sat down we got a bowl of bread and a plate of large green olives – gratis. We ordered local red wine – and I mean really local – produced less than a km away, I believe. It was very good, and it wasn’t the 300 euros per bottle one that was listed on the menu. To eat I got risotto with mushrooms, and it was very delicious.

They brought us a blue iced drink – again gratis – Colin thought it had booze in it, but all I tasted was a light coconut flavour. We asked for a second glass of wine each, but the waitress only poured Colin one and then walked away. I took my empty glass up to the bar but the waitress had her hands full, although she indicated she understood what I wanted. A moment later the waiter appeared and apologized as he topped up Colin’s glass, and then gave me mine. 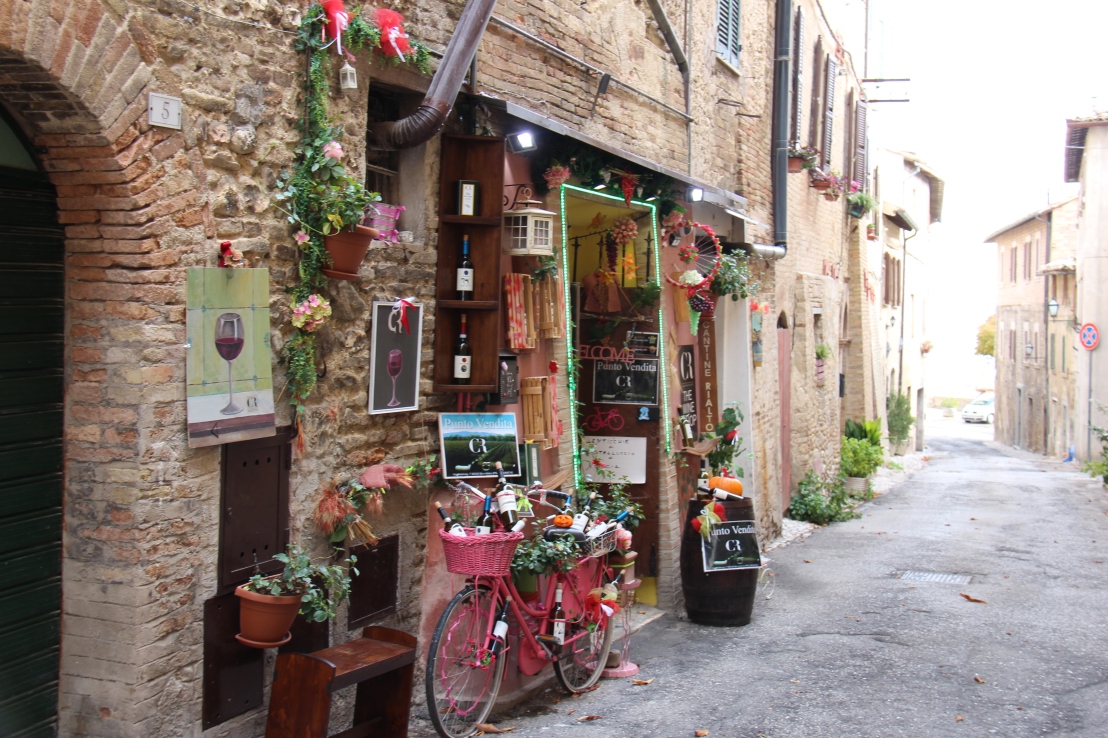 We walked around the town a bit more after leaving the restaurant, then made our way back to Marsciano – it was a little early yet to return to the hotel. The cafe/bar we’d been to before was closed, so I took the doggies for a short walk so I could take a better photo of the ‘reclining lady’ statue that we’ve passed every day on one of the small roundabouts. She was very beautiful, but was missing her hands. 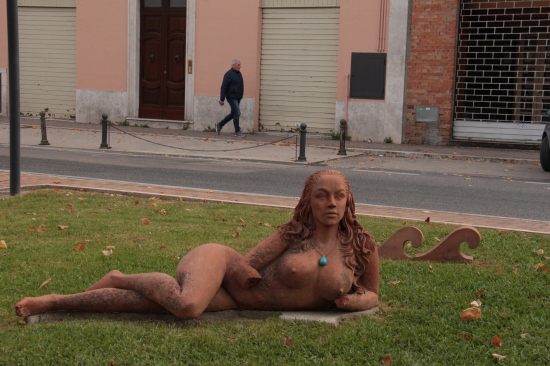 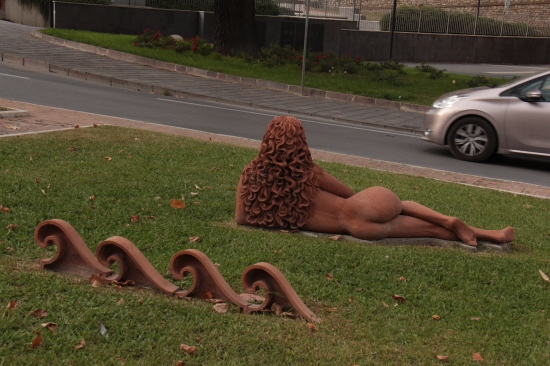 Went back to San Venanzo and freshened up a bit, then walked with the little ones down to a cafe on the main road, just down some stairs from the hotel. When we arrived it was almost empty, although we sat outside. As time passed it became more and more crowded – seemed like the place to be on a Sunday afternoon/evening in the village. 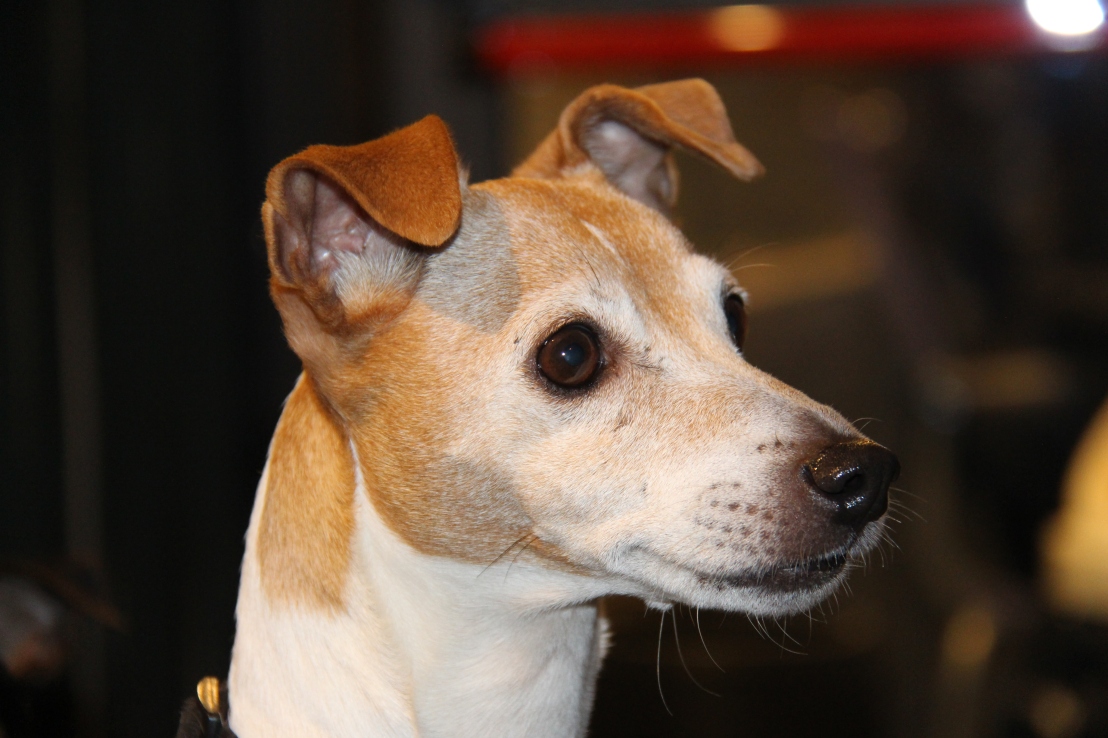 Face-timed Dominic to confirm my flight time. Beautiful sunset. Had a nice light salad for dinner back in the room. The laundry I did yesterday morning still wasn’t dry – hopefully it will be ok to pack up by the morning. 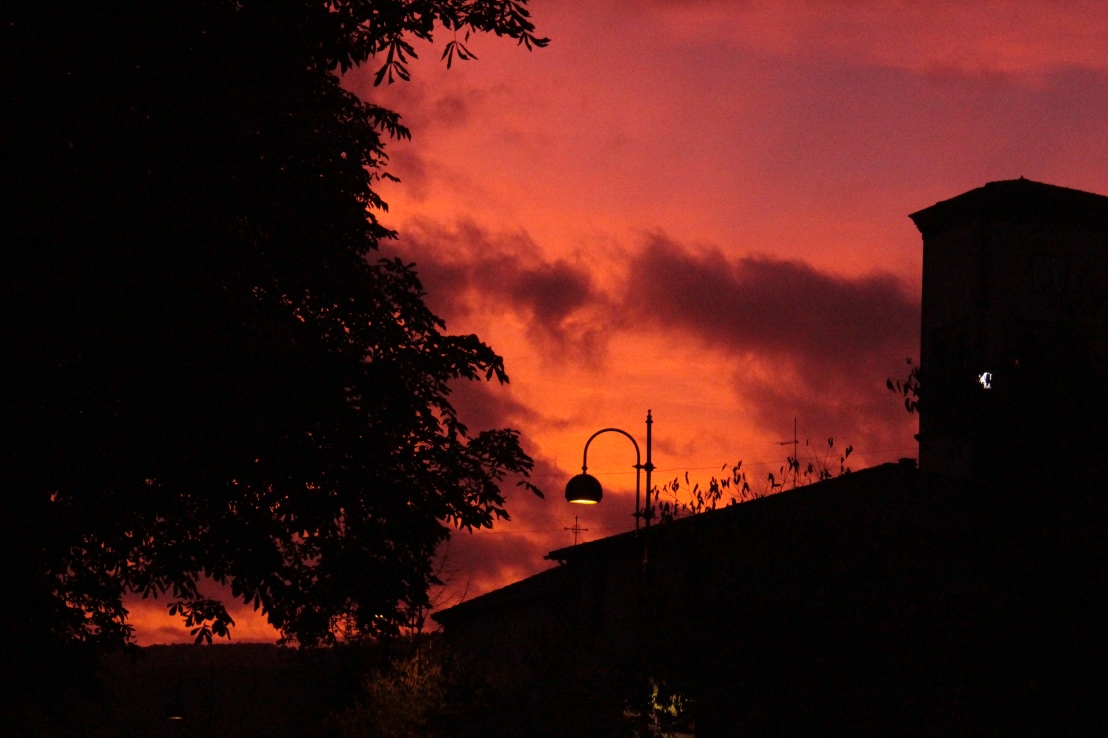