Got out of the hotel a little earlier today – went first to the metro/train station where the shuttle bus to the airport leaves from so I could check out the times, etc. It leaves every half-hour starting at 5:30, and is only a 10 minute or less walk from the hotel.

Tried to get some cash from a bank but it was closed – a very kind Italian man told us today is a holiday here – all Saints Day, I believe – he was going to lead us across the bridge and to an ATM as he lived close to it, but then remembered a closer one that was only a block or two away. After that we walked to the seashore – or at least as close as we could get because of all of the private beaches. At one point there was a pier that was actually public, and was it ever crowded – it seemed that every third person had a dog or two that Mo and Ben had to bark at, although they weren’t always the aggressors.

There were dozens of ‘sand tennis’ type of games going on – two people per side, with racquets similar to table tennis, although slightly larger. There was also a ball game of some sort happening in the water, and one guy was fishing. 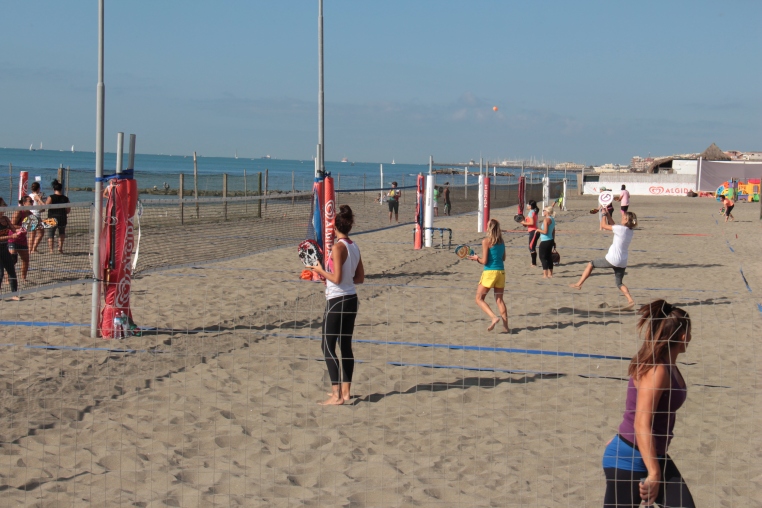 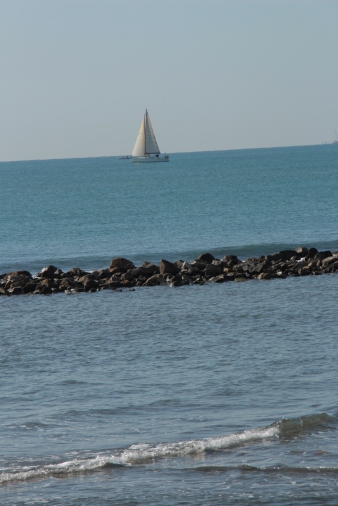 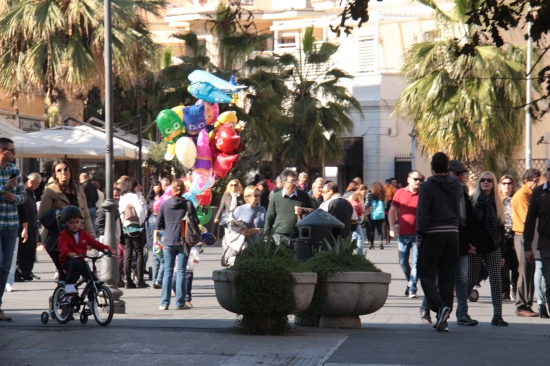 Stopped across the street for a nice cappuccino, then headed towards ‘home’ – stopped at a really nice restaurant for lunch, that Colin (once again) treated me to. It was very delicious – we both had the special of the day, which was pasta with swordfish and egg-plant. The wine was also very good. They use wine corks here too – the bread basket was made out of them, and there were ‘cork boards’ on the wall above some of the windows.

Back at the hotel we sat on the outside terrace in the sun, across from the large park. Lots of kids were playing, and I didn’t actually hear any whining or crying – it was all happy sounds.

I think the doggies know I’m leaving – little Mo spent almost all of last night snugged up against me, and Bennie sat and cuddled on my lap several times today. I’m going to miss them so much, and I think they will miss me too.