Got a fairly early start heading south/southwest along the eastern edge of Lago di Garda, which was just beautiful. 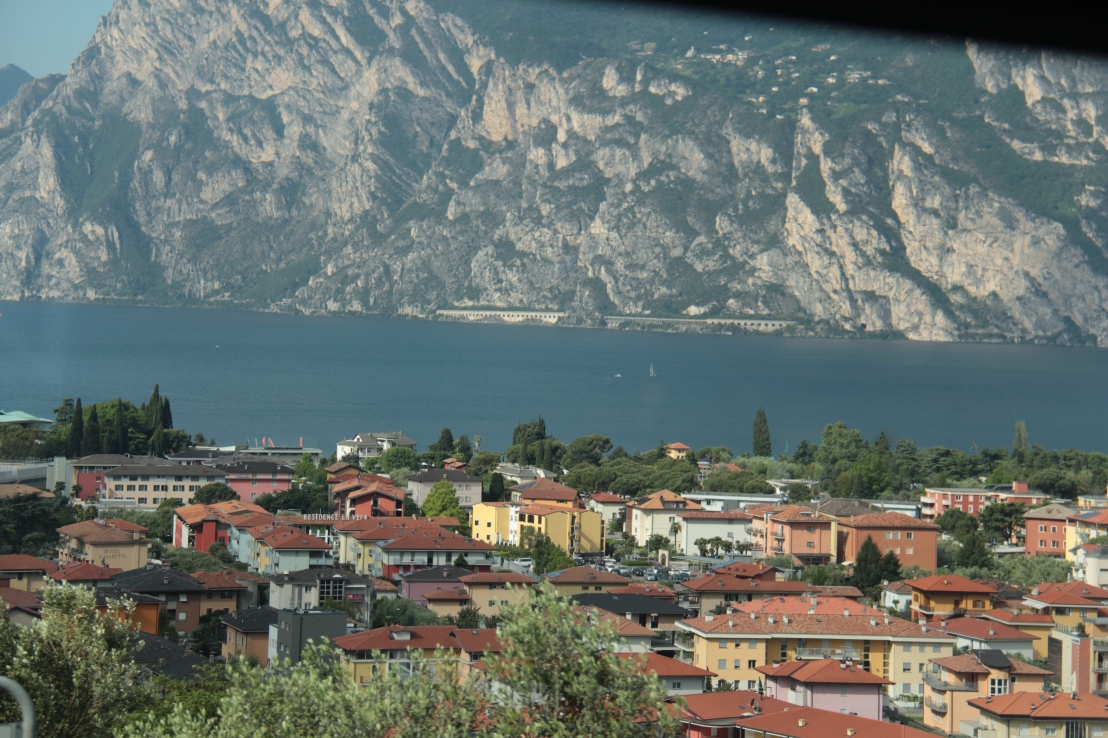 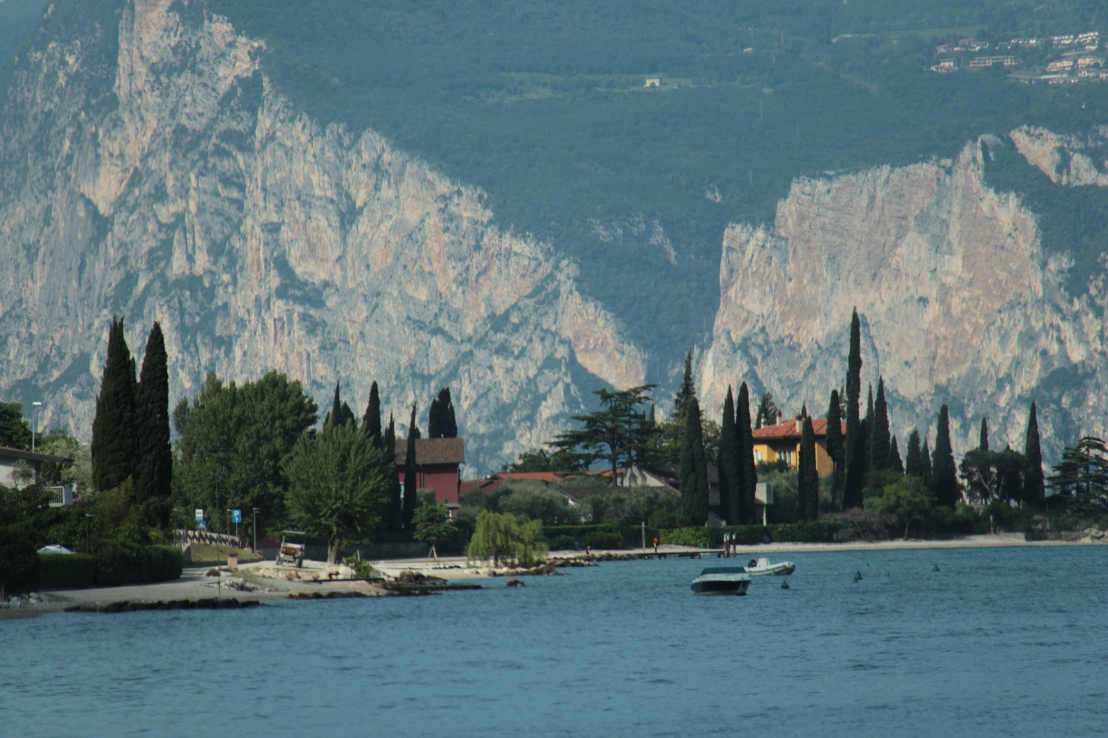 We went thru many lovely little towns right along the lakeshore and it was a wonderful drive right until we got about ¾ of the way down. 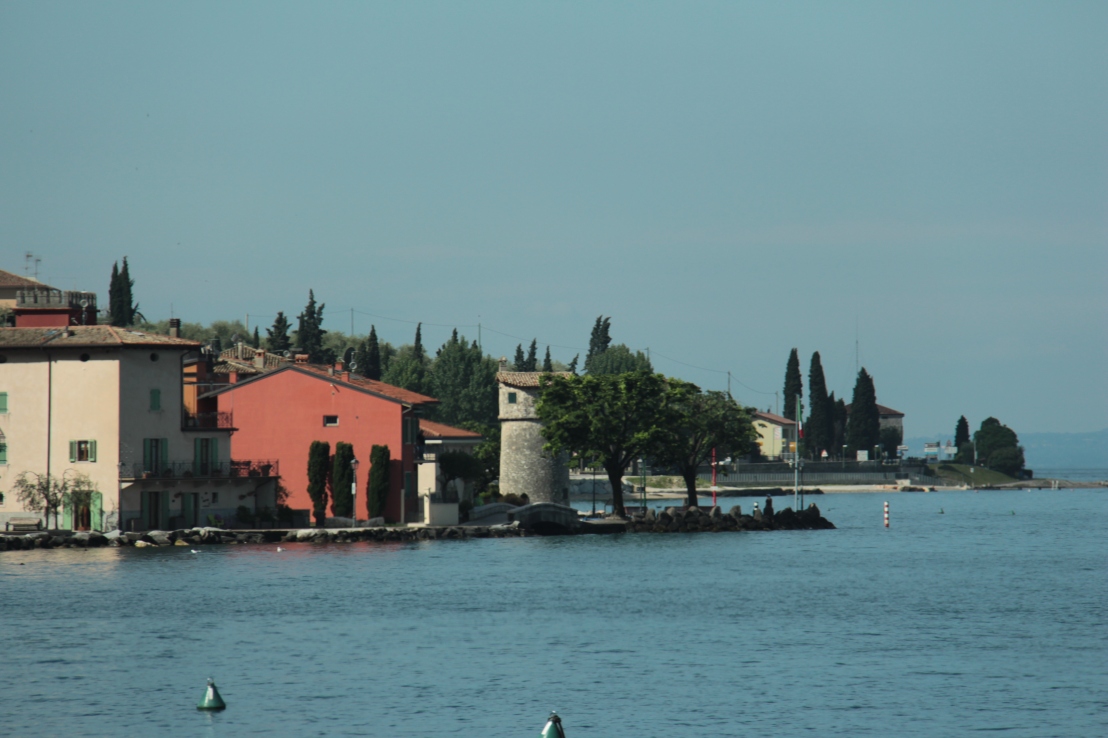 We suddenly hit standstill traffic – wondered if there was an accident, but then we saw a sign that made us believe there was road-work happening.  It turns out that there was actually a market on in the next town and it was right along the ‘highway’.

We just got moving on the other side of the town when once again we were bumper-to-bumper backed up.  We were getting near the toll-motorway and saw a stranded semi-truck but that wasn’t the problem. We were diverted down and around an exit/entrance ramp and above us we could see that on the highway there had been a very hot fire – the road barrier and some of the tarmac had been so badly burned they were melted and the road crews were re-paving the whole overpass.

After the two slow-downs we seemed to really be moving, bypassing Brescia, Bergamo and Milano before veering west/northwest.  We exited the toll-highway and went west a bit towards Borgomanero, then north along the east side of Lago Orta. It is small, but very beautiful.  About half-way along the road at Pettanasco we found the signs that directed us up the hill to the campground we’d chosen. 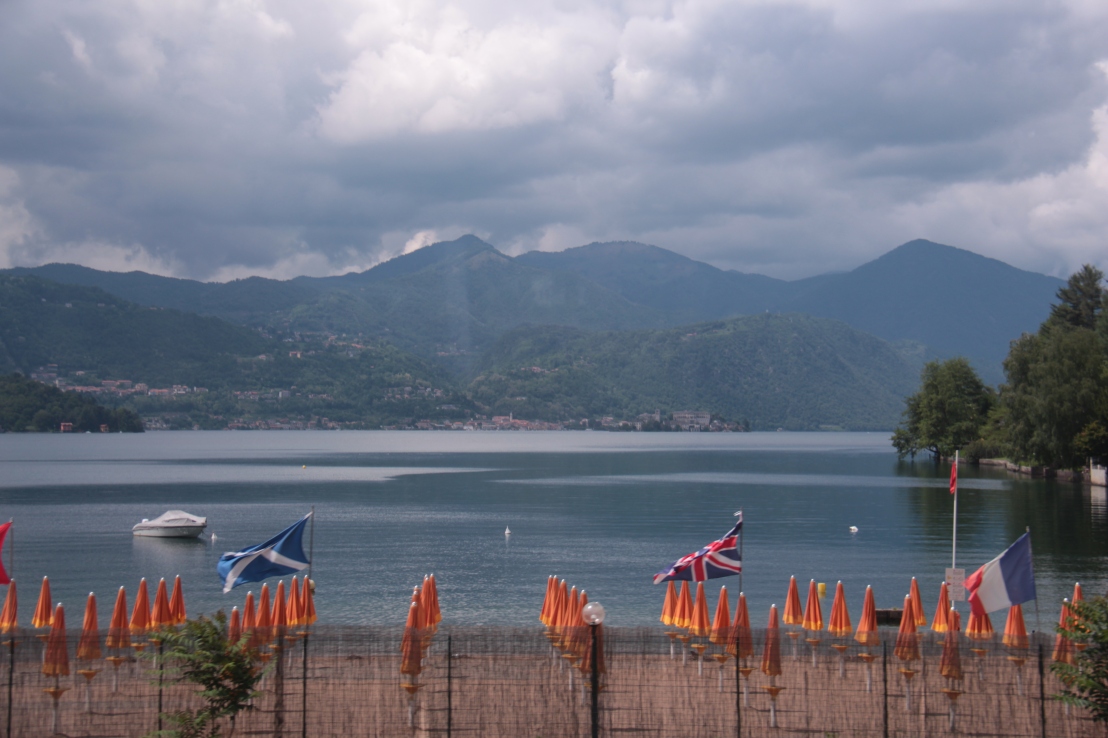 It has awesome views of the lake, including an island with structures on it.  I asked the fellow at the check-in whether it was a hotel and he said that no – it was a monestery and nuns stilled lived there.  I wondered if the monks were now getting lucky, but kept that joke between Colin and myself. 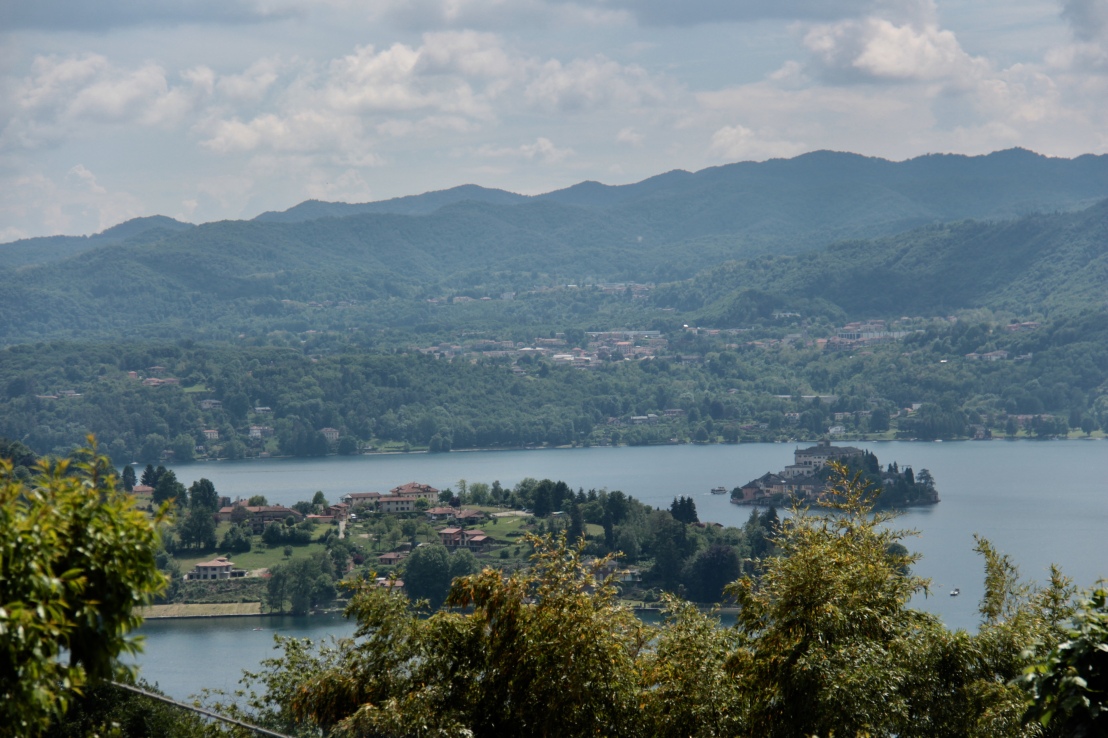 It is very quiet and relaxing here and we’ll be staying for two nights.  I have to pay for the wi-fi connection so won’t be looking at stupid news as much as usual.  I’ll just have to resign myself to enjoying where I am at this moment – can’t be far from paradise.

Had a wonderful shower, although another thing that’s on the clock – 3 ½ minutes per token, which he gave us when we checked in.  I had asked if there was laundry and he said yes, but all I could find was sinks outside, and one had a huge beetle in it. I did do some hand-laundry and hung it to dry on a line that we strung up, although it wasn’t warm enough to dry it through.  Put the still damp things in a waterproof bag to try again tomorrow.

Colin, in the meantime, had found the ‘real’ laundry – both a washer and dryer that were inside the men’s part of the shower/toilette facilities. That was the one place I hadn’t looked, as who really expects the men to do the laundry and not the women??