After stopping at the post office and pharmacy we were on the road before 10:00.  We went mostly north, and a bit west around Nantes and Rennes.

Arrived at Mortain at just after 4:00 and there was a sign on the hotel that they would be open at 6:00 so we kept going north to Sourdeval and Tony and Helen’s house.  Helen met us outside and told us Tony was having a rest so we parked the car and decided to go for a walk.

The walk was delayed a bit when we saw two baby ducklings scurrying down the middle of the road away from us.  We didn’t want to chase them but there was a vehicle coming – I waved my hand and the driver slowed down but it looked like the ducklings went right under the car – I put my hand to my mouth and the driver stopped.  It turns out they duckies were ok – they ran out from under the car and over to the side of the road again.

The driver had thought he’d run over them, and seemed quite relieved that they were ok.  We then got going and went for a walk along what used to be a railroad but is now a really nice, wide smooth walking/cycling trail. 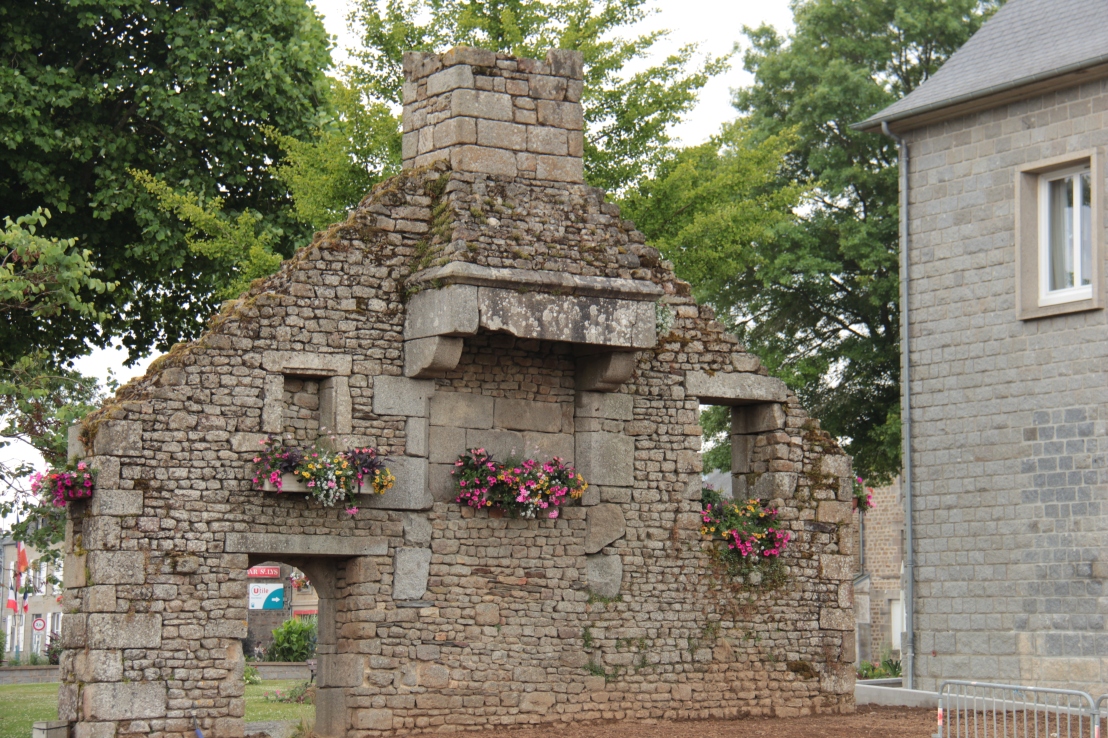 We walked in a circle up the hill, then back down on the old track to the town, which seems very nice.  By the time we got back to the house Tony was up an about so we said hello and visited for a bit until it was near 6:00.

We stopped at the store in Sourdeval, then drove to Mortain and checked in.  There’s a large church right across the main road from the hotel that’s flying several different flags, one of which is the Maple Leaf.

Apparently this is one of the towns that was almost completely destroyed by the Nazis in WWII – there were very few walls left standing as the Nazis made their retreat after D-Day.  Somebody needs to remind the retard in Washington about what starting a world war really entails. 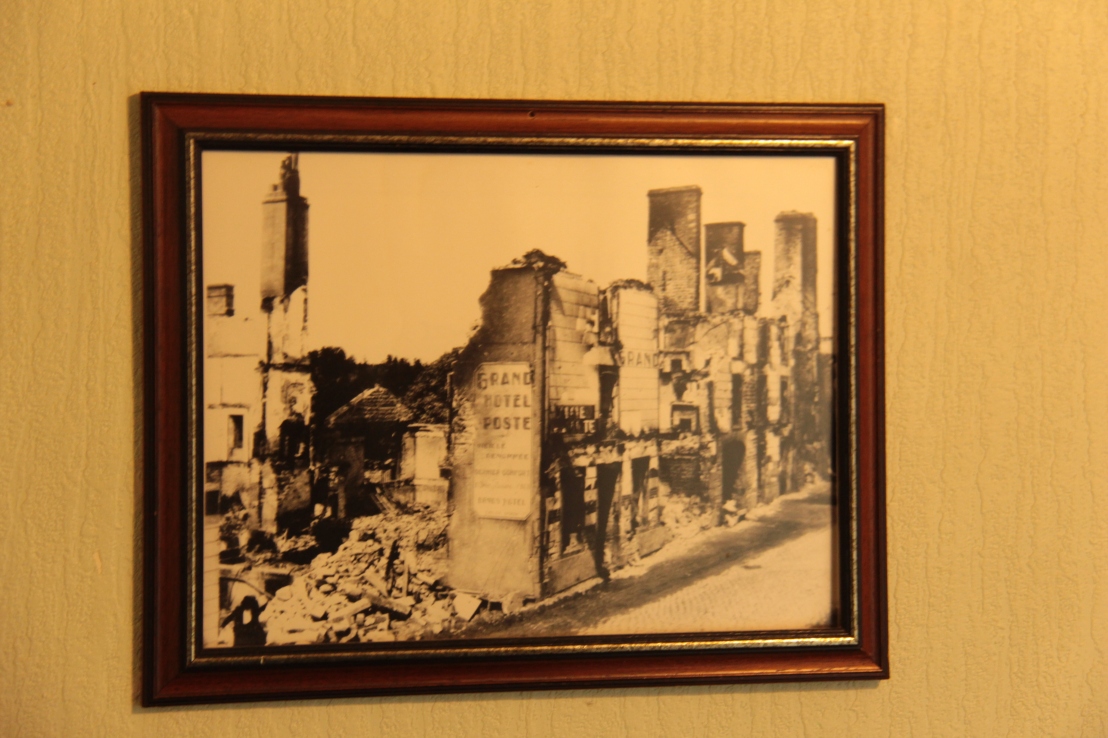 Back at Tony and Helen’s we had a lovely dinner, then visited for a few hours.  Their house is beautiful and one wall of the living room is all stone with a huge fireplace.  The yard is also beautiful, with a pond, fruit trees, flowers and bushes, and a large (and very busy) bird feeder.

They also have a pure-black cat named Bunty that has only one eye.  We had to leave Mo outside the whole time because she probably would have traumatized the poor kitty.

Tony used to be a fairly serious bike rider and knows a lot about taking them apart and rebuilding them – he had a couple of things to say about my bike, although overall I think he thought it wasn’t too bad.  He also makes jewelry and has a room in the house that he uses as his bike and jewelry shop.

Rather than leaving my bike on the rack on the car at the hotel we left it at Tony and Helen’s house so it’ll be safe and we can collect it in the morning.