Had another good sleep followed by another wonderful outdoor shower.  Ate a leisurely breakfast while drying out the tent, fly and ground-cover as they were soaked with dew.

Just before we were ready to leave the frenchman next door came over and gave us both a gift – I got a bookmark that was white cardboard on red, and the white was cut thru in the shape of a flower, with a kind of 3-D effect. 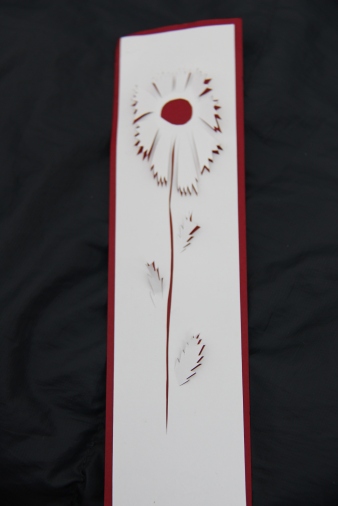 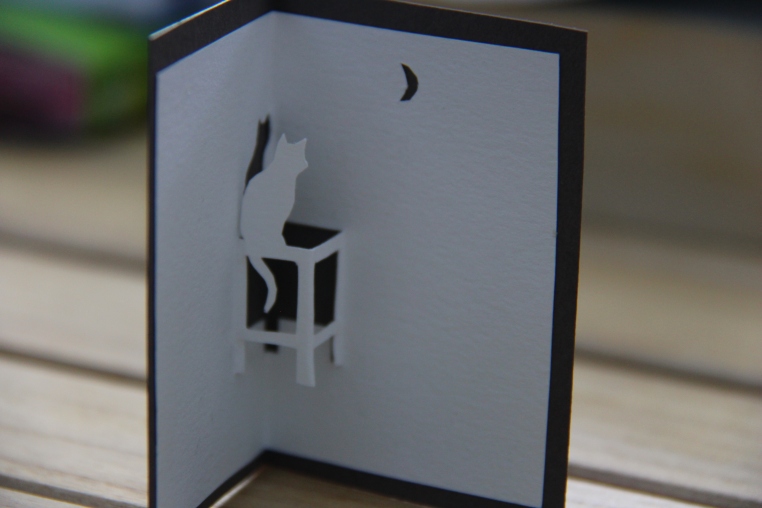 Colin got a small black card that unfolded with a cut-out white cat on a table.  They were so cute, and he had just made them while he was at his table next door – it was very sweet.

We left the campground and went south, crossing the border into Spain just the other side of Ainhoa.  That town makes a lot of its money, apparently, with car-parks. Folks park there and walk into Spain, with the town on the Spanish side of the ‘border’ full of stores and casinos.  Many things are much cheaper in Spain, and I guess it makes for a profitable day-trip for french people looking for a deal.

As soon as we were descending on the Spanish side of the Pyrenees the weather and the vegetation changed.  It was almost immediately sunnier and warmer. We headed southwest, going on a smaller road and thru several small towns – nothing open, as it was noon on a Sunday.  We are on, or at least have crossed one of the Camino de Santiago routes – we have passed several markers.

We pulled over at one point and decided to check out campgrounds in one of the books Colin has – ended up back-tracking a bit to Santesteban, then north to the village of Sunbilla.  Just outside the village there was a marker for the campground, which seems to have a very popular restaurant/bar. They also have four very cute donkeys, that have a moveable fence/coral. 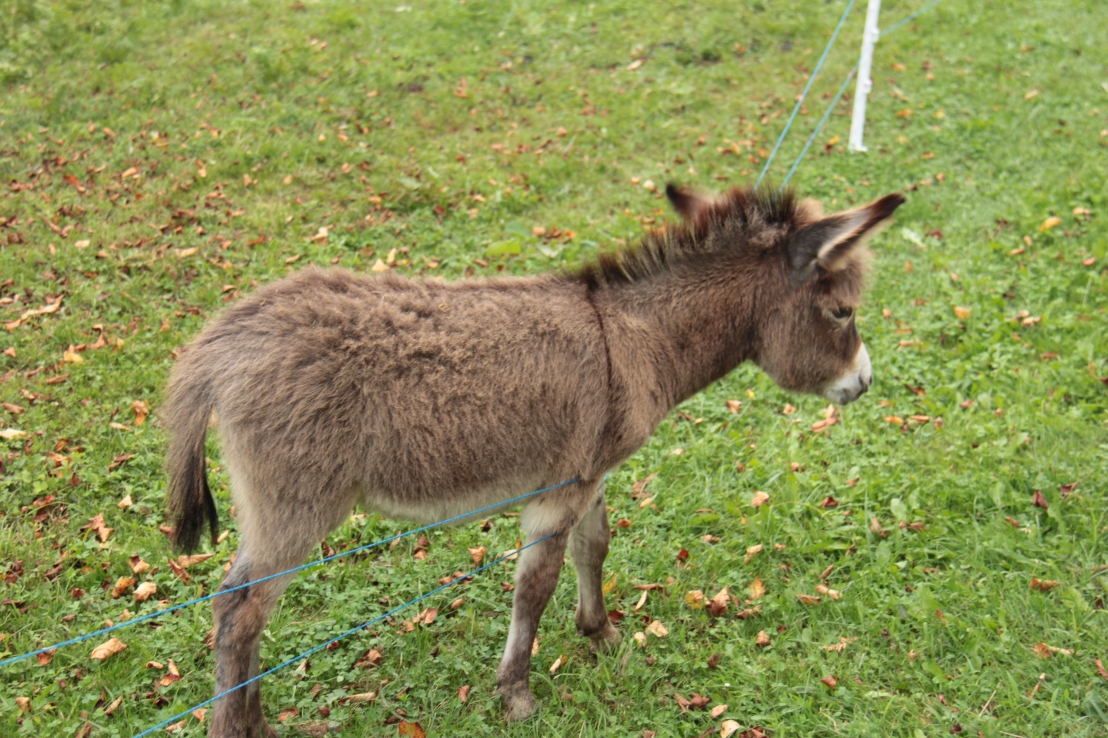 We chose our own camping spot, in a fairly secluded area ringed by six large oak trees.  After we setup we went and sat at an outside table at the restaurant and had a late lunch of battered and fried calamari rings, breaded calamari fingers and fries – all very tasty.

Music, other campers, and screaming children kept me from going to sleep very early, although I really didn’t mind sipping a bit of red wine and reading a book for awhile.  Children here seem to be up much later at night than I ever was at their age, and I’m sure if I ever shreaked the way some of them do I’d have been told to tone it down in no uncertain terms.