Woke up to a beautiful and sunny day, if still quite chilly. After a nice cup of tea and a bite to eat Colin went down to the office to check in properly. He specifically asked about the laundry machines, and did they accept coins or did we need a token – he was told that either would work. 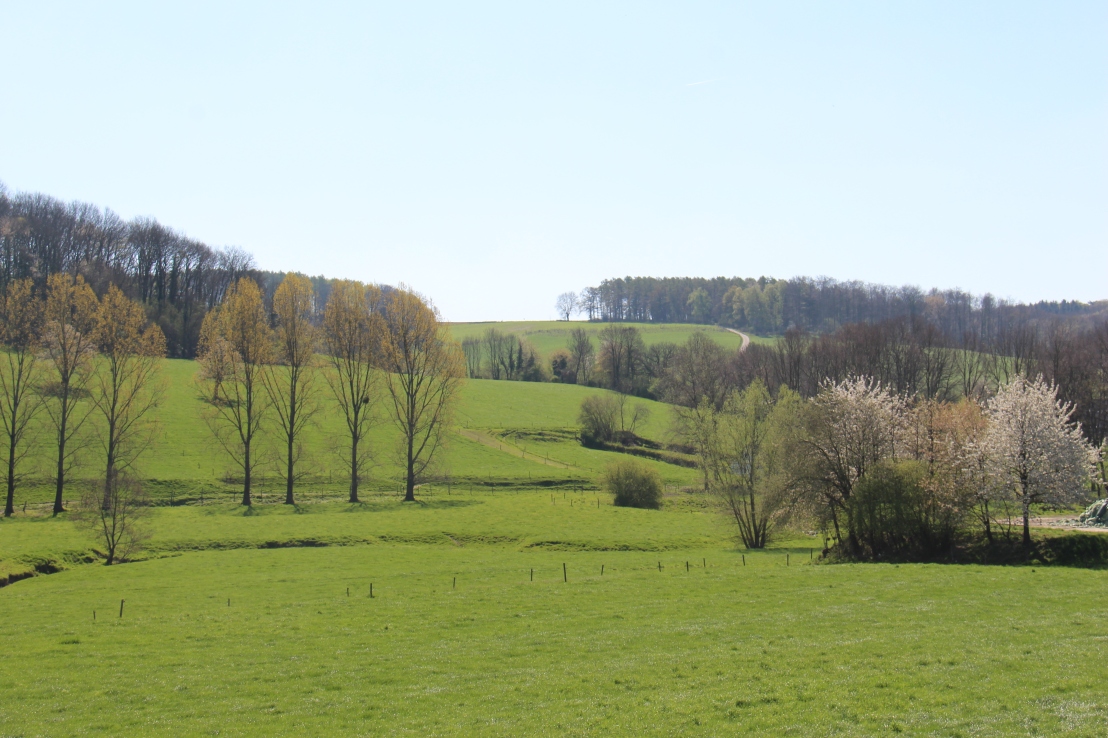 I then went for a bike ride, and it’s so great here – very similar to Belgium. The local road has a nice wide marked lane on both sides for bikes, and the car lane is in the middle – if a car is coming in each direction at the same time the bicycle actually has priority and at least one of the cars has to stop!! If only that could take off at home it would save a lot of accidents, not to mention get more and more people riding.

I went as far as the small town of Slenaken, and the road I followed is part of the race route on Sunday. It was through very beautiful countryside, and there weren’t very many cars. The small town itself was crammed with hotels with bars and cafes, although I did manage to find a supermarket.

Since I couldn’t read the signs I tried to go in through the out door – the young lady initially told me to go around to the front to enter, but must have felt sorry for me and just waved me in anyways. The wine selection was pitifully small – there was only one kind that I recognized as actually being red wine so I grabbed two (just in case!).

On the way back to the campground I took a right turn down a smaller road and ended up going several km out of my way – the side road back to village near the campground had just been re-paved and they wouldn’t even let a bike down. I had to ride all the way into Gulpen, then back down the main road – quite busy and very, very hot. It’s amazing that just over a week ago I was bundled up in my winter coat, including boots, hat and mitts and now all that’s needed is my rah-rah skirt, a shirt and flip-flops.

Back at the campground we tried to do a load of laundry, but discovered, with the help of another camper who didn’t actually speak english, that it did indeed require tokens as opposed to coins. I went down to the office to get a token and found a lineup out the door for folks checking in.

I asked if I could pop to the front of the line just to ask a question about the laundry and no one had a problem with it, except, apparently, the office lady. She quickly answered my question – yes, you do need a token (contrary to what she’d told Colin just a couple of hours earlier) and how much it was – an extremely high amount of 5.50 euros(!) but didn’t get me one. I was made to ‘get back in line’ and wait while she checked in three other campers, then, within less than 5 seconds, sold me the token. Smile pasted on my face the whole time I swallowed what I really wanted to say and left.

Laundry washed and hung on the rack we enjoyed a leisurely afternoon and evening. Chicken with potatoes and green beans for dinner – roughing it again. 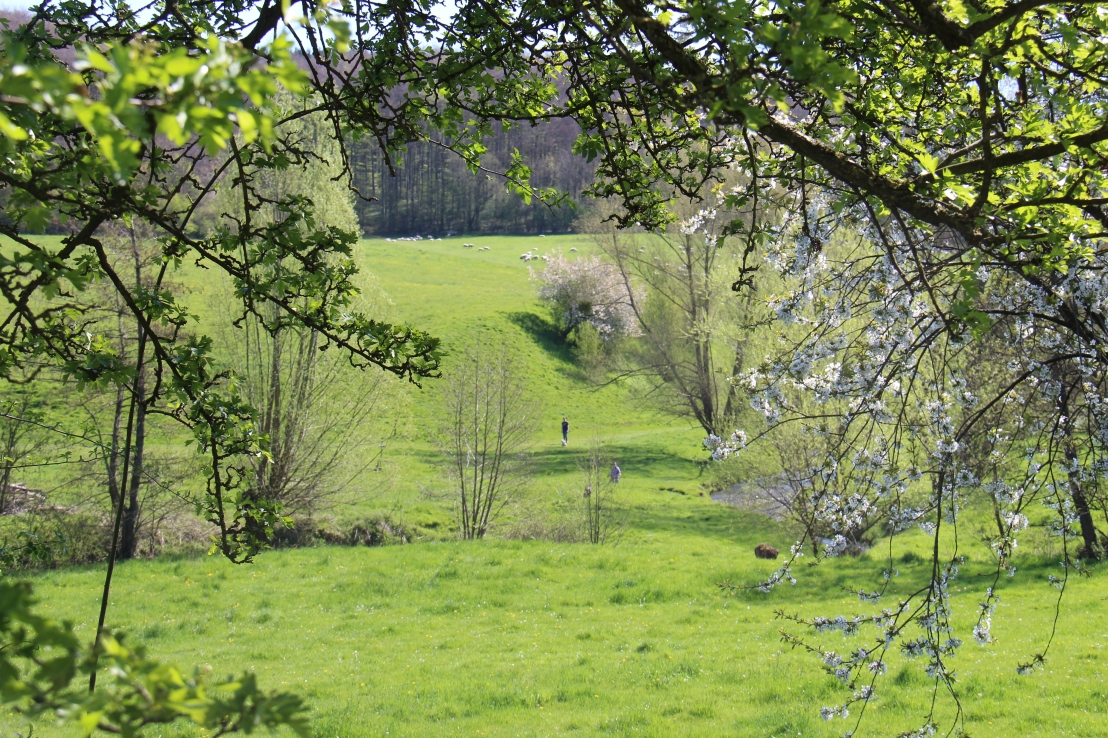 Next morning I went for another ride to Slenaken and again on the way back took the right turn to the smaller road – this time the connecting road was open so I didn’t have to detour all the way into Gulpen. 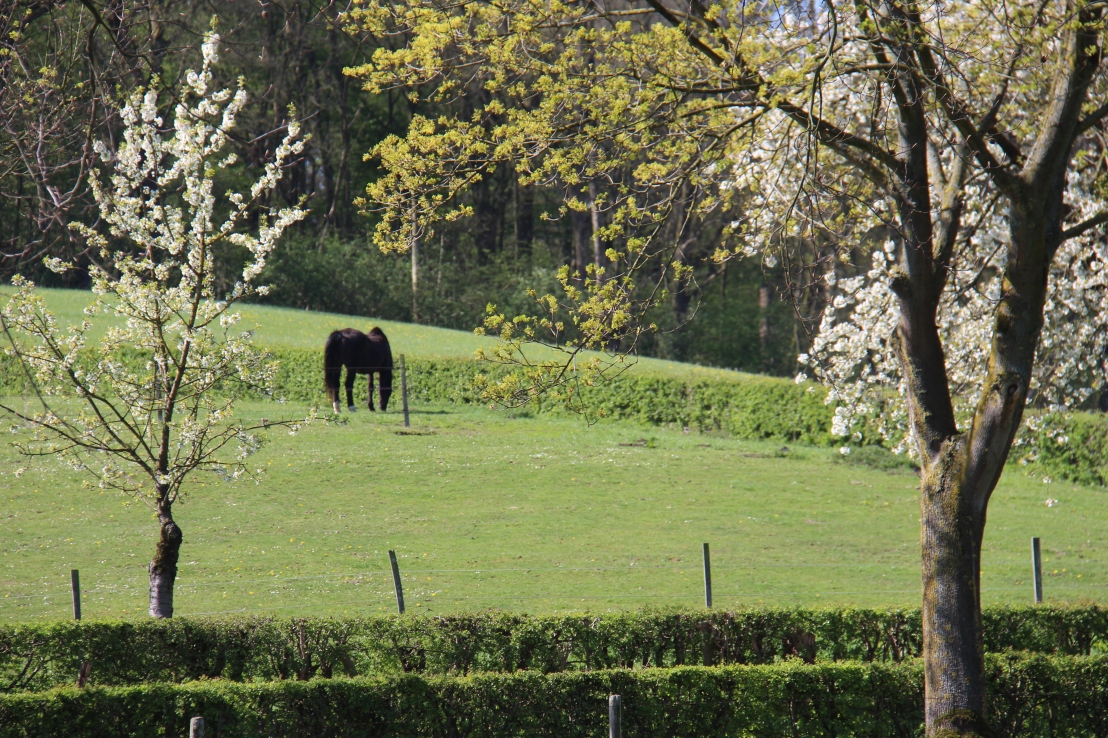