Another bright sunny race day – Amstel Gold is the largest race in the Netherlands and attracts some very big names every year. We were woken to the sounds of the barriers and banners being erected all along the hill we’re parked on. 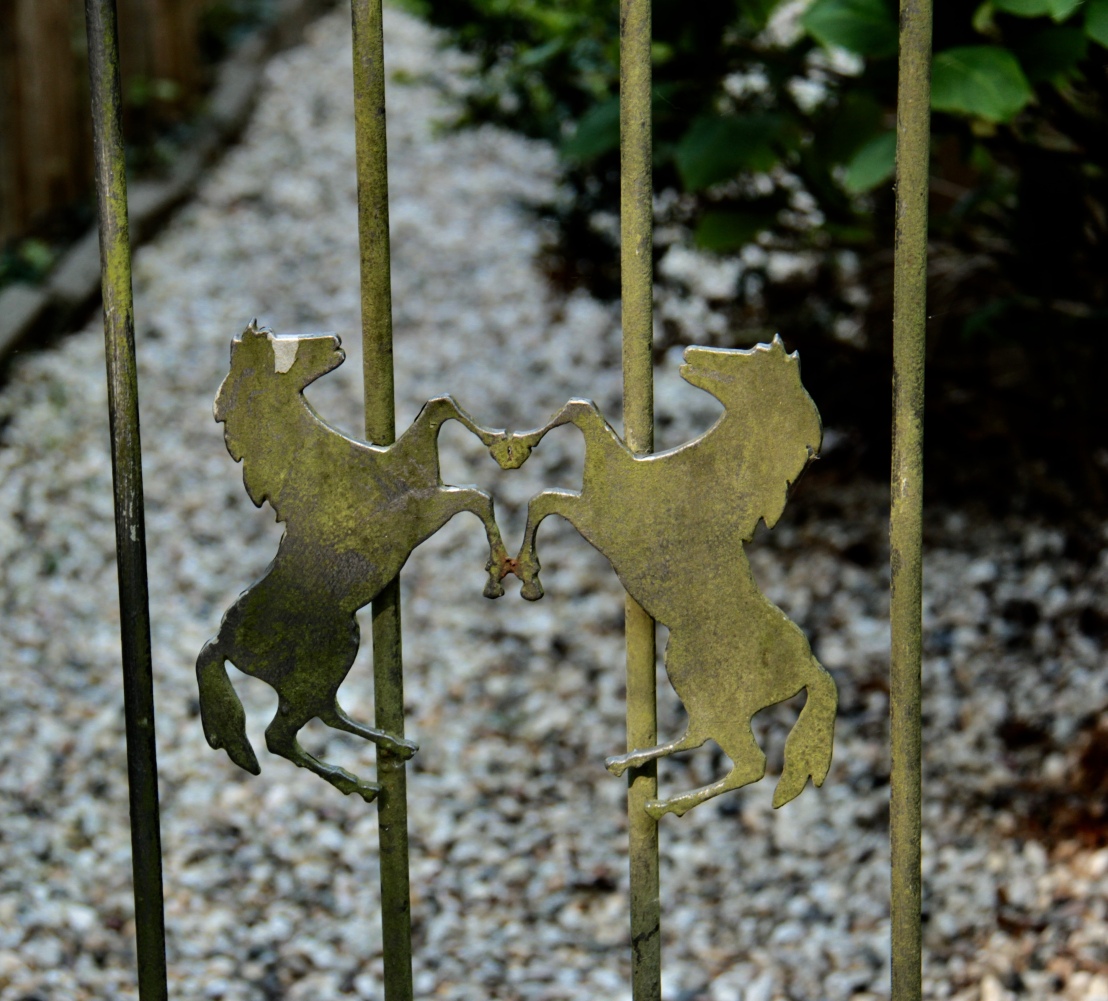 The crew was very organized and efficient – they let a couple more cars in where we were, then that was it – once the banners were attached there were only a few places you could get in or out on the whole hill. 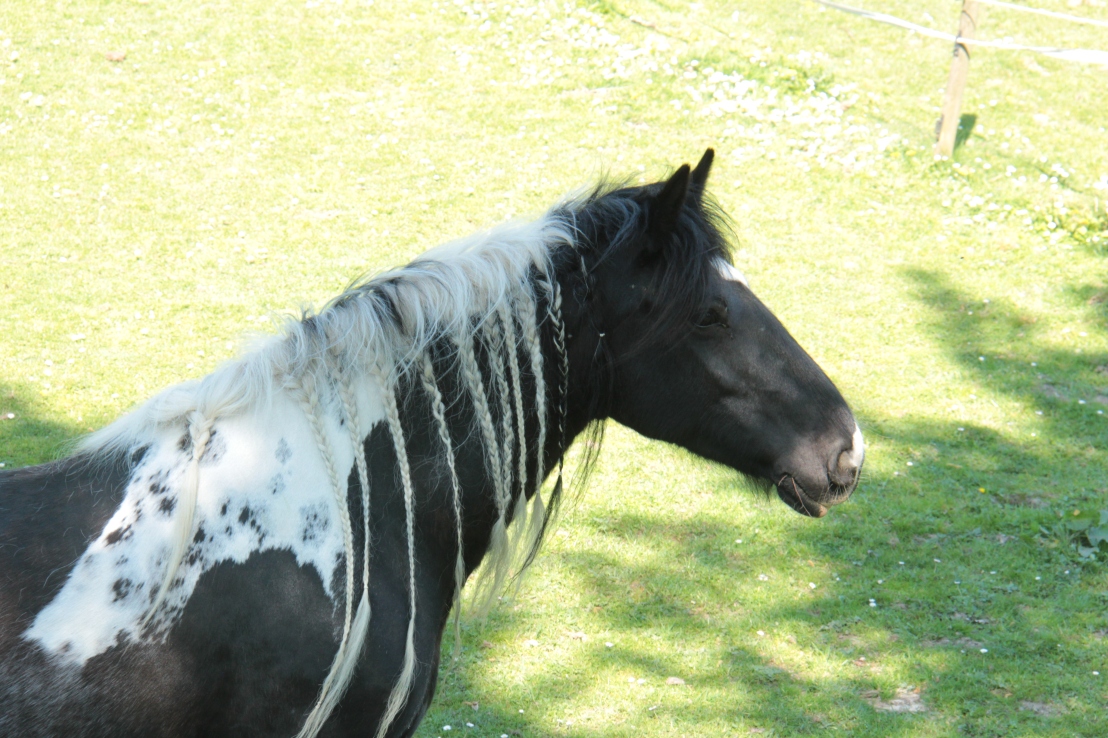 The two horses came very close at one point and I fed them some carrots, which they really seemed to enjoy – the belgian has her mane braided. 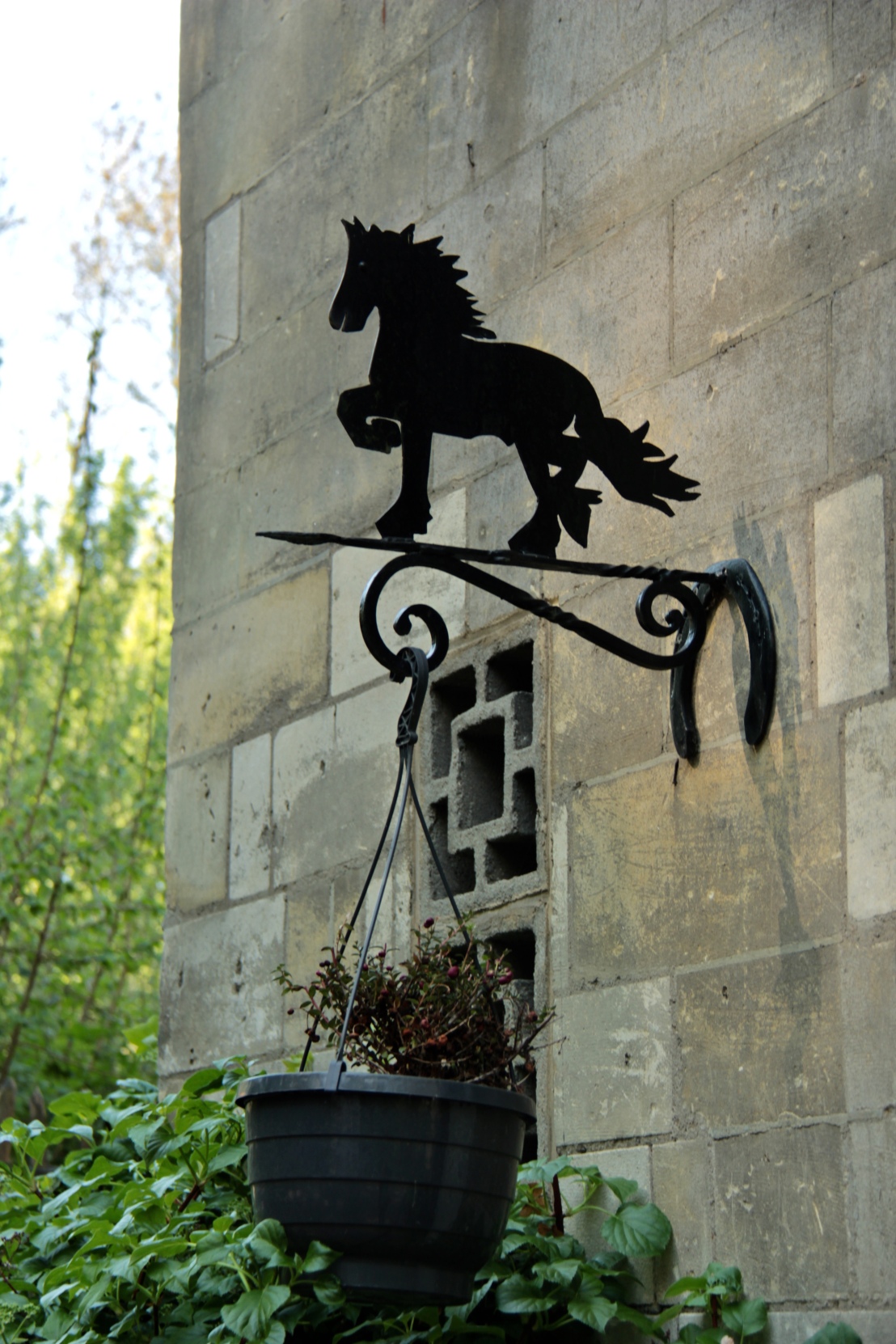 We walked down the hill to a nice looking hotel/restaurant just after 11:00 – I went in to order two cappuccinos at the bar and was told ‘she was making them’ around the corner. I waited a minute or two and a lady came towards me holding two cups – I went to take them from her and she said ‘oh no – these are mine! I like coffee too’. We both got a great laugh out of that. 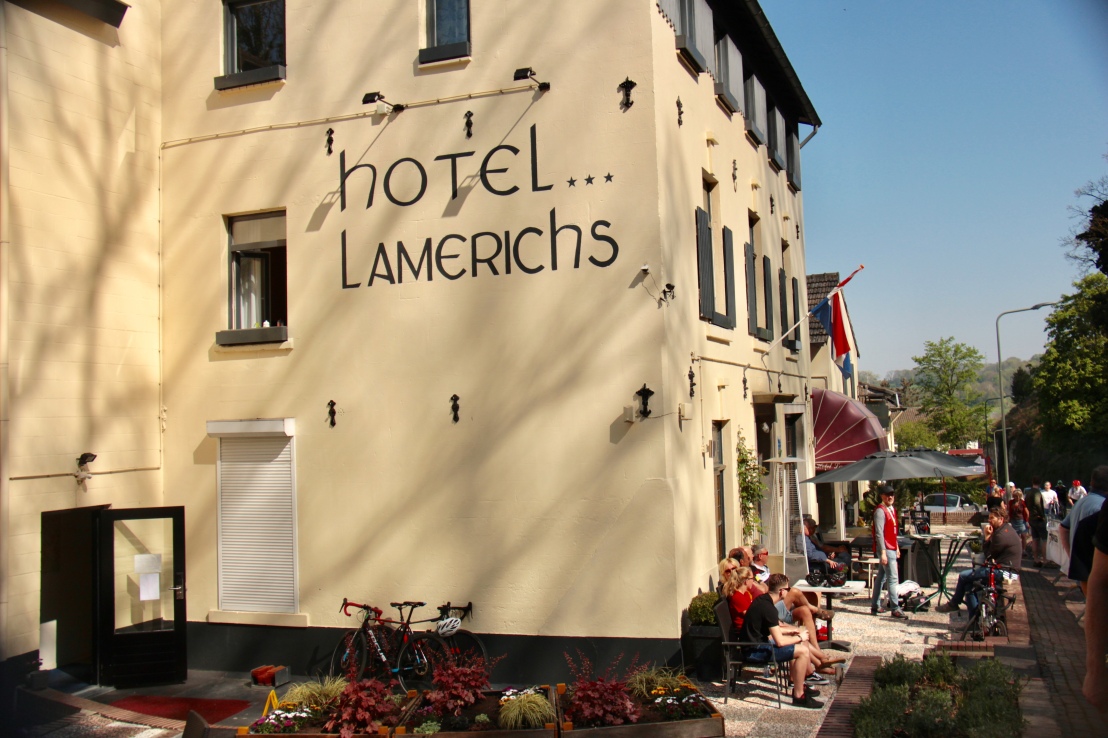 We didn’t linger after finishing our cap’s as the first pass of the men was due sometime around noon. There were quite a few people along the way, although the most crowded we could see was up at the top of the climb a bit above us. 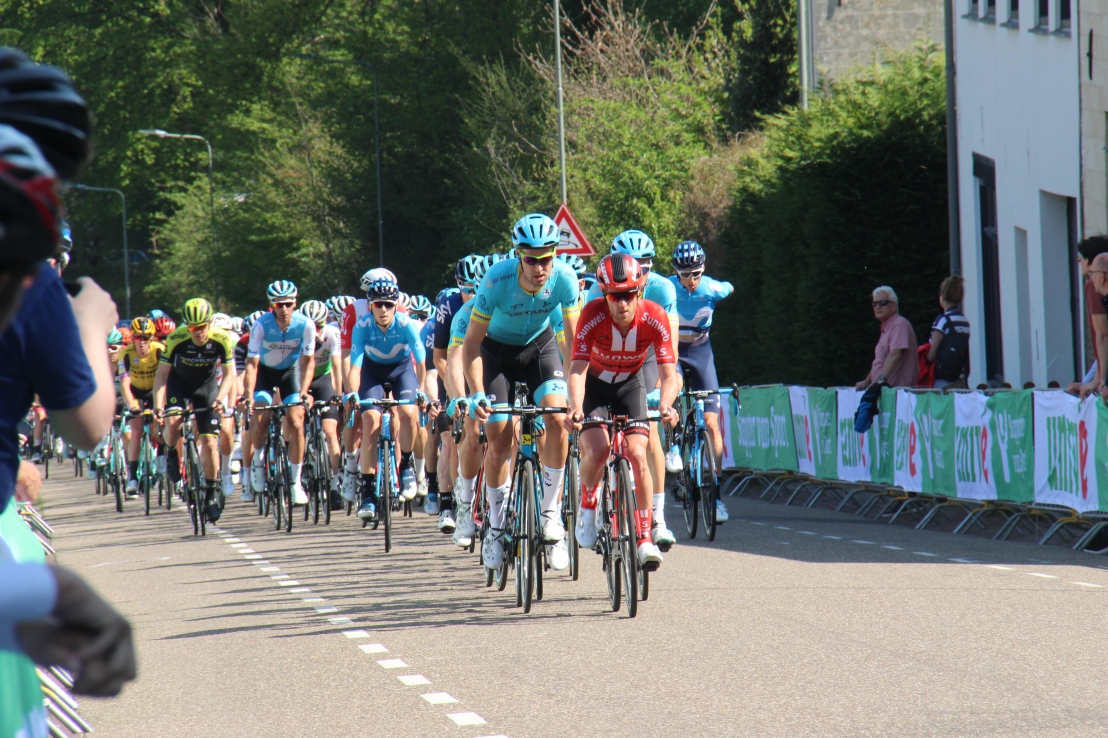 The men’s breakaway arrived right on schedule at 12:05, about seven minutes ahead of the peloton. 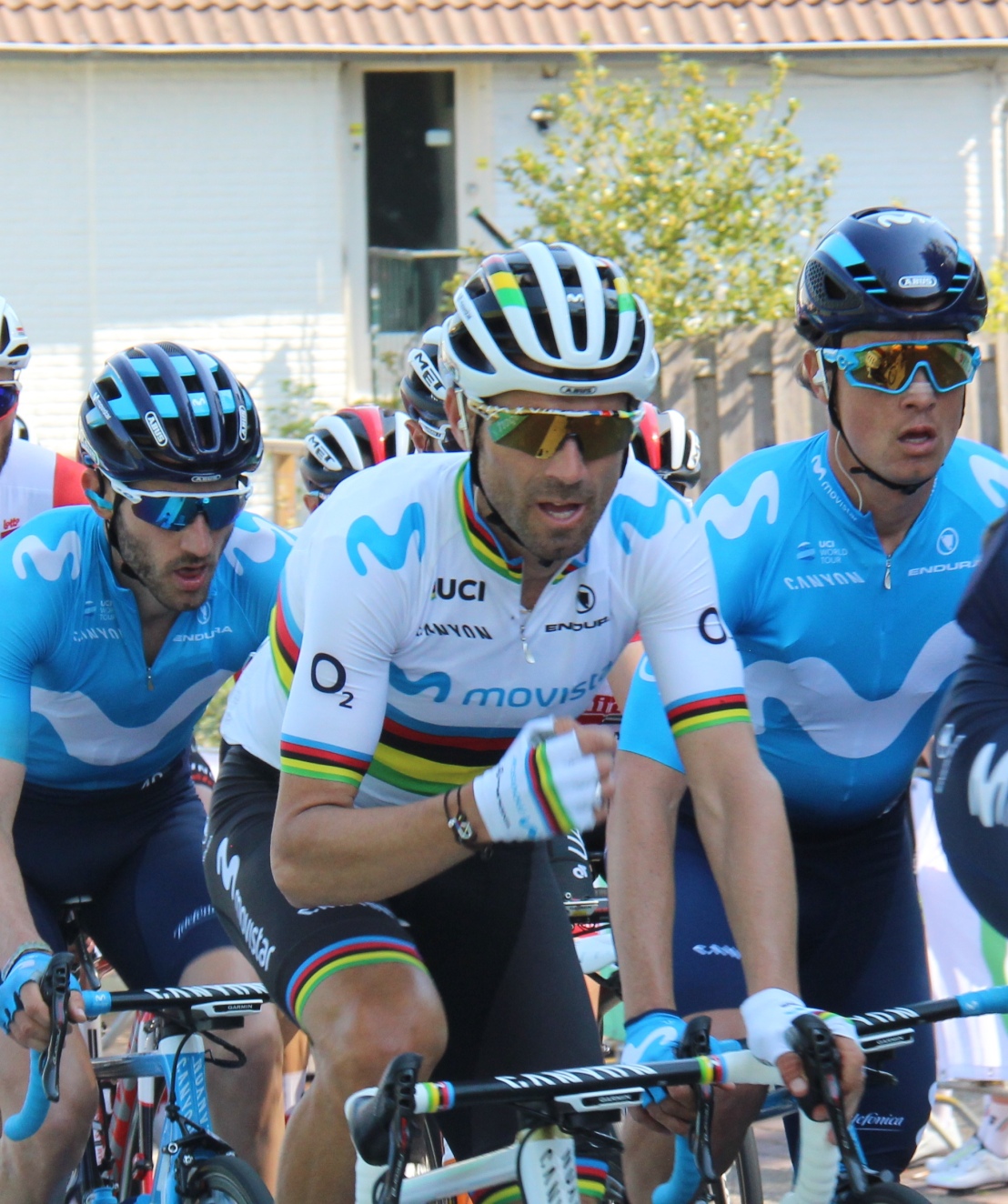 They call this area of the Netherlands the ‘dutch mountains’ – I personally wouldn’t call them mountains, but neither would I want to ride a bicycle up the hills – some of them are very steep and they climb a few of them three times, all in the last half of the 266 km route. 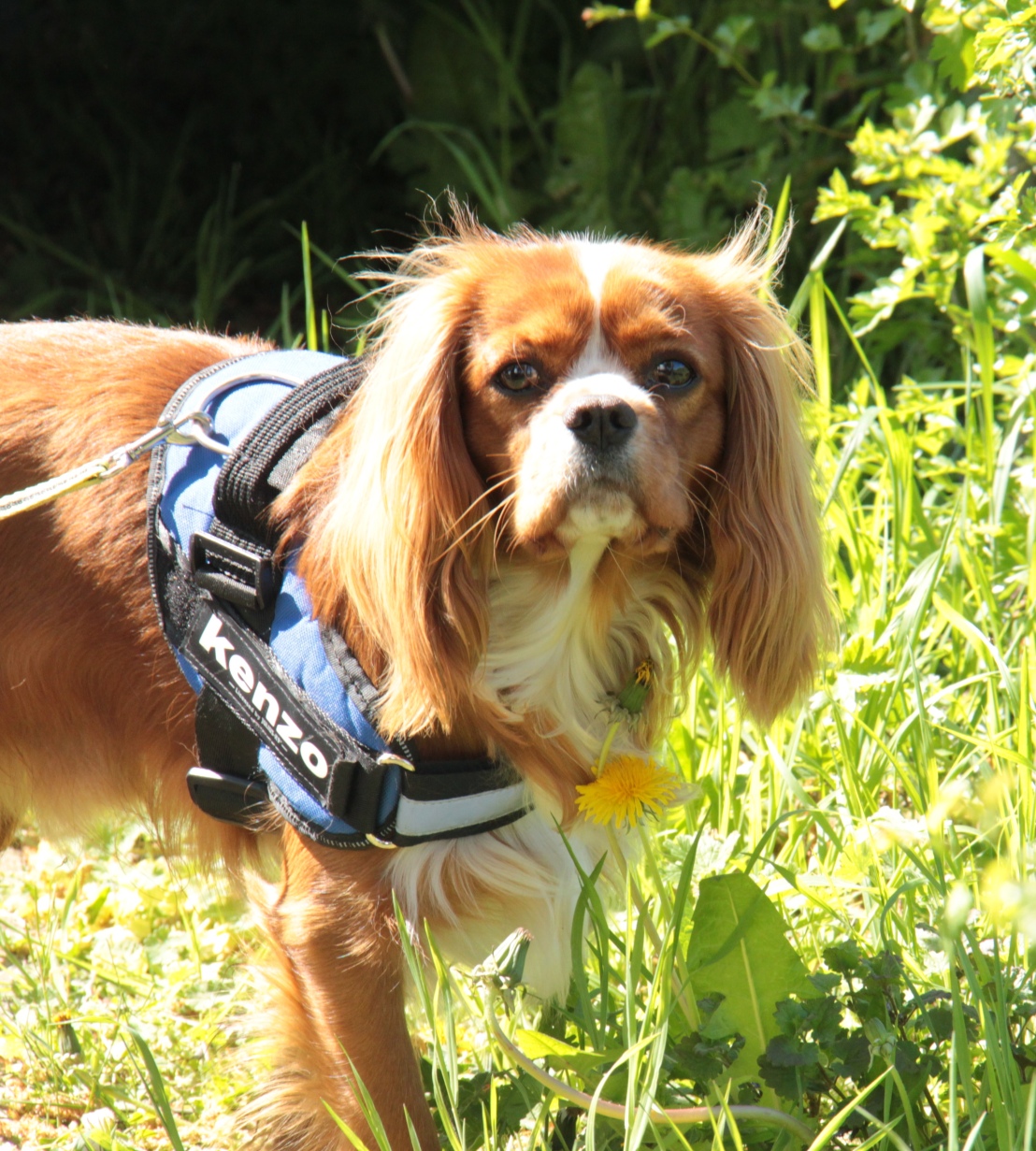 As an extra bonus today we got to see the ladies’ got through three times as well – just after 1 and again a half hour later and then another half hour later. 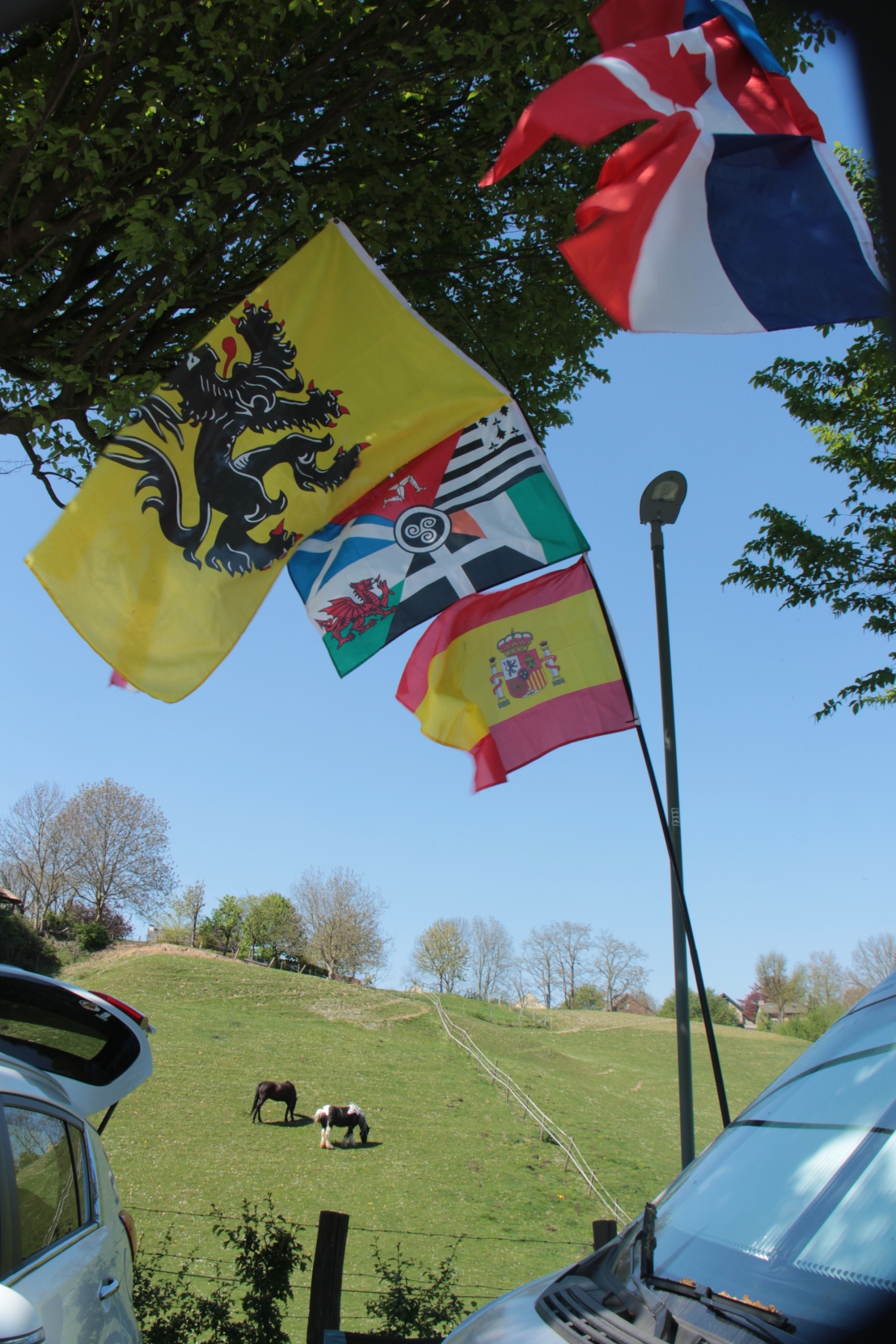 The men re-appeared around 3:14, still with a breakaway of about 10 riders, but down to a 4 minute lead.

On the third and final pass by us there was now only two different men in the breakaway – and Alaphillipe was one of them. 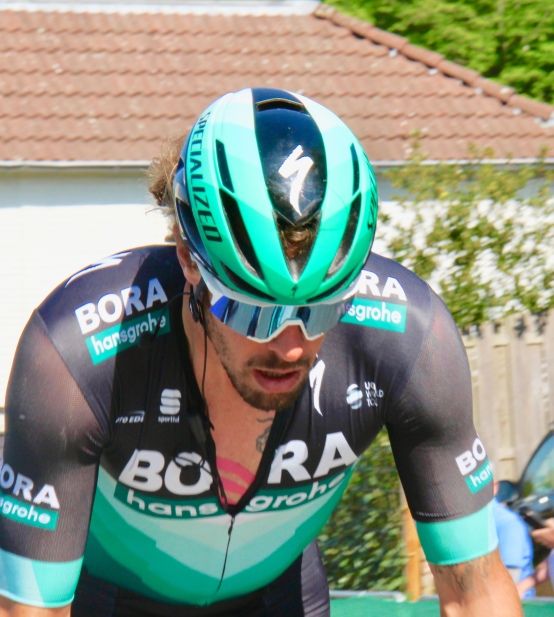 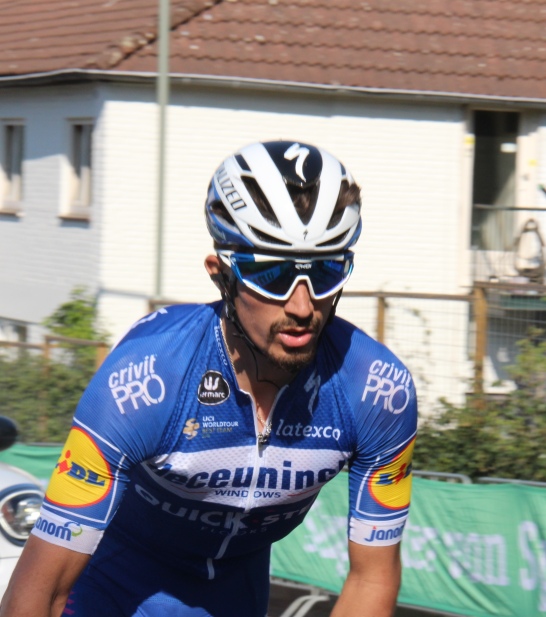 After they had all passed – including the ‘broom wagon’ we rushed inside to watch the end on tv – we were only about 15 km from the finish so it didn’t take long. 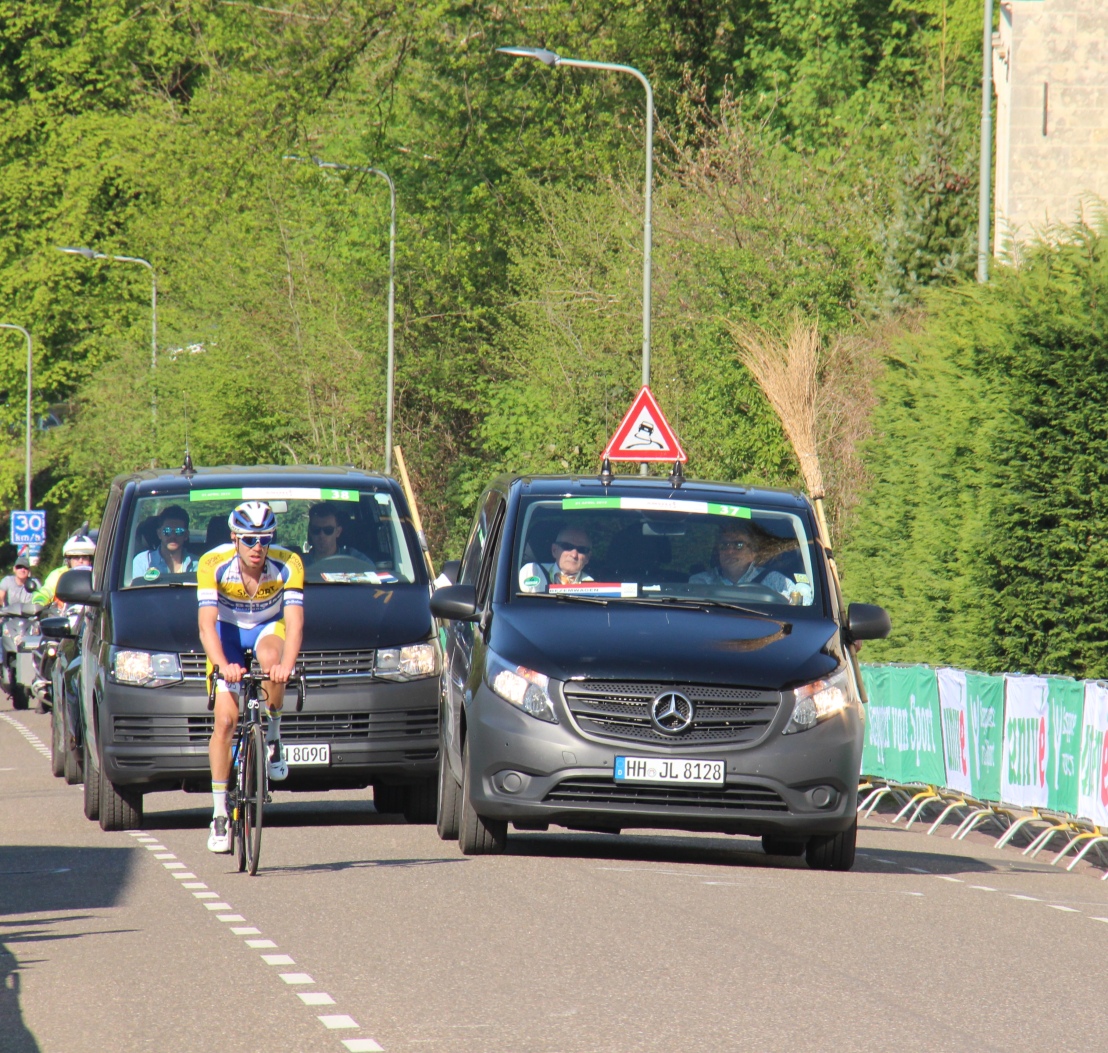 Alaphillipe and Fulgsang either ran out of gas or played a little too much catty-mousey because young van der Poel came out of nowhere and blazed by everyone to win. He’s got to be one of my new favourites and we should be seeing and hearing a lot about him in the future.

The folks parked three cars down from us had brought a large tv and set it up in their hatch, complete with satellite and generator – a crowd had gathered around to watch the finale and were all cheering like mad, being that he’s dutch and all. 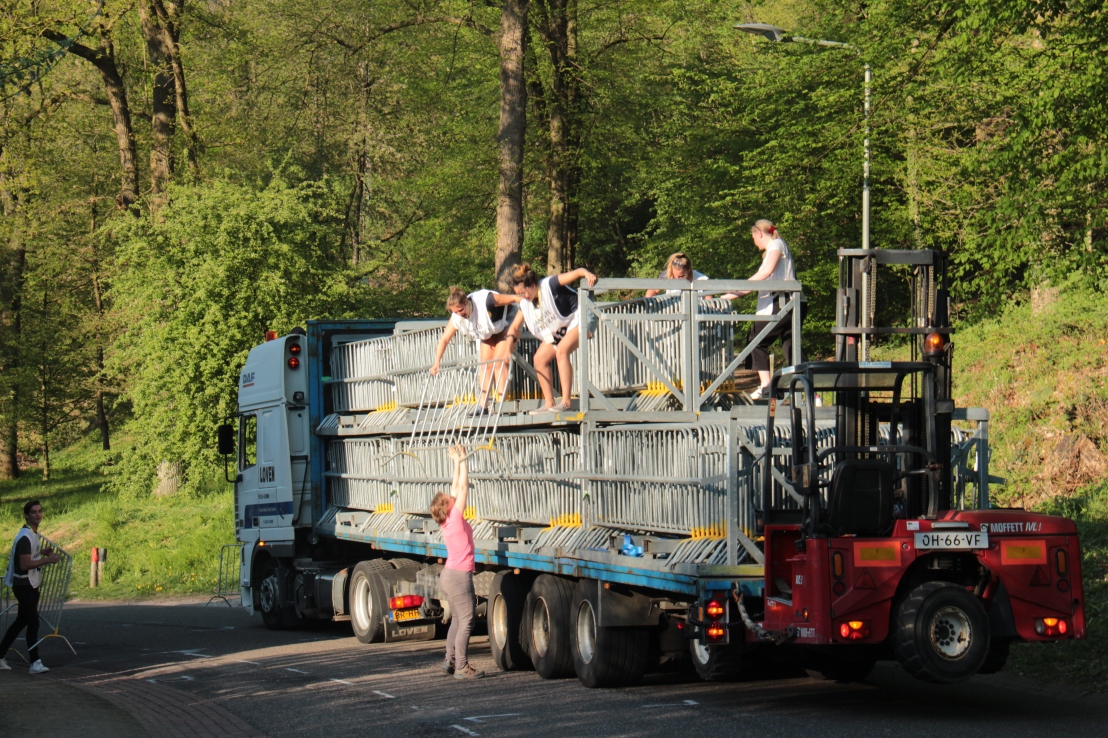 The barrier removal crew arrived very shortly after the last racer passed and they were even more efficient that the setup crew was – mostly young women, but with a few guys – and did they ever do a good job. There was even a couple of them making sure all the zip ties were bagged up and not left as garbage on the road.

We heard music from one of the restaurant/bars down the hill so decided to join the fun and maybe have a meal out. 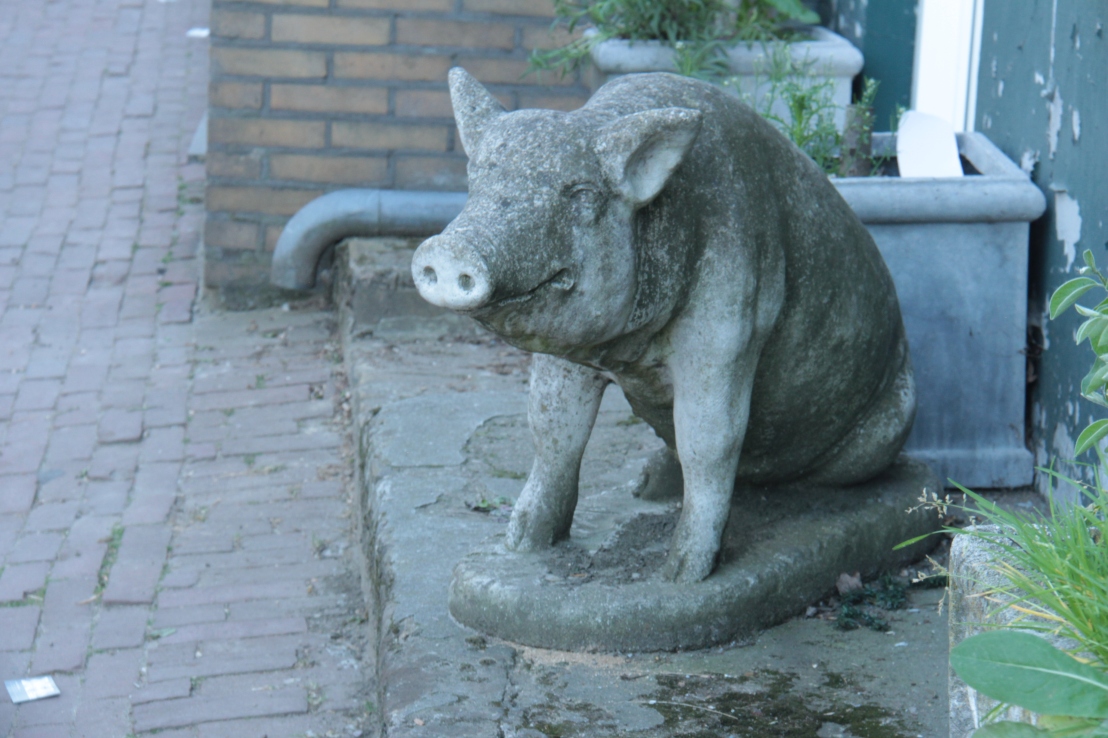 There was a really good crowd and they were all have a great time, but then at 7:30 the music stopped and the place started shutting down – talk about not taking advantage of an opportunity to make a buck. 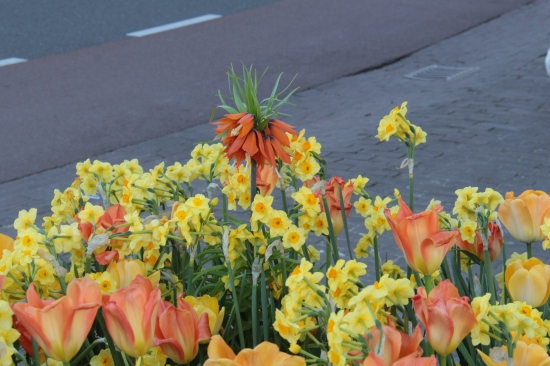 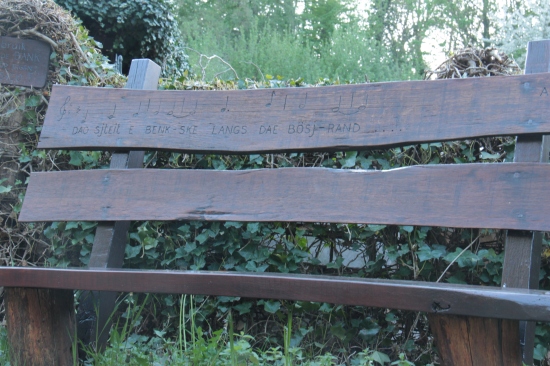