Leaving the campground at a decent time we ignored both of the GPS systems and took the road above us rather than following their directions back through the maze of Valeggio.

After only a short climb we emerged onto a lovely plain and went a bit west/southwest before veering southeast. The road wasn’t too bad, and the traffic wasn’t overly heavy, except it is a holiday so there were a fair number of motorcycles.

We made good time, passing Modena, then Bologna, where we turned south to cross the Apennines. Rather than continue on the motorway we exited onto a smaller highway that was slower, of course, but more scenic. Part way along there was a diversion due to road work, which slowed us down even more, although we weren’t really in a hurry having made such good progress the previous day.

We rejoined the motorway just west of Firenza and arrived home to Papiano just after 5:00. Our trip north was just short of six weeks, and in that time we saw ten days of excellent racing and covered thousands of kilometres. It was a hugely successful and exciting journey but we’re both very glad to be back in Italy. 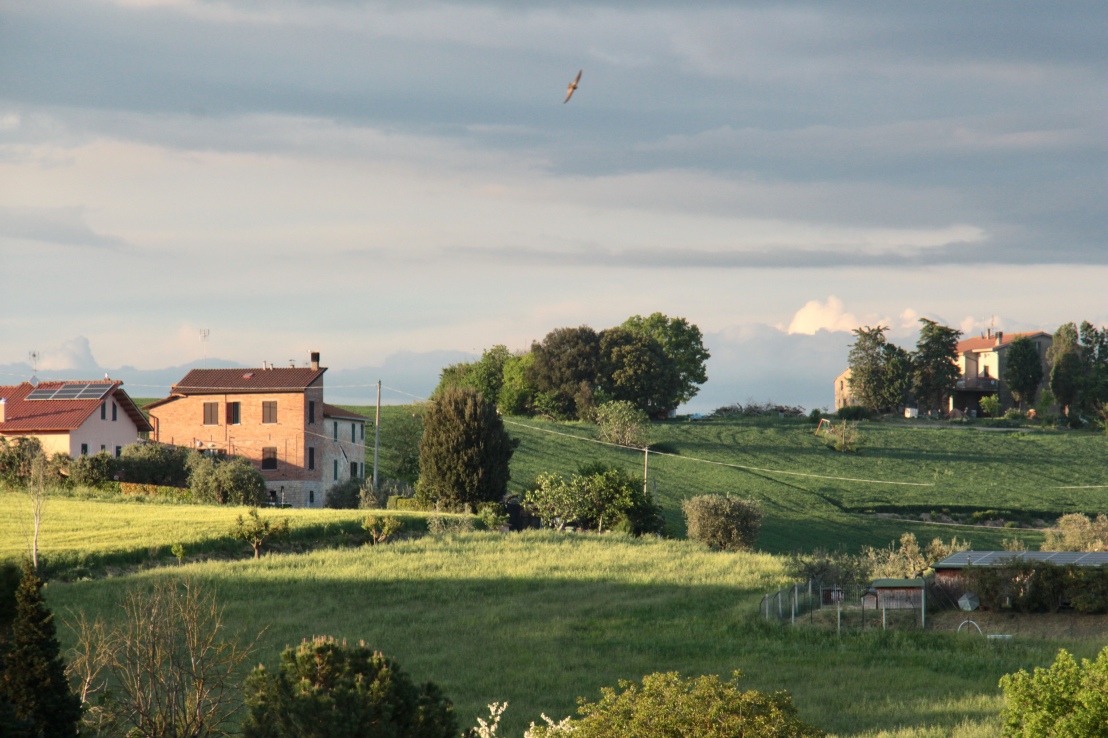 Since getting back Colin has started doing little fix-ups around the house. I helped him take the shutters down, some of which had to be lowered by rope as they wouldn’t fit through the window frames. He’s sanded and painted one so far – they’re going to look fantastic, especially after the house itself gets a fresh coat of paint. He does have to be careful about the sanding, however, as a couple of them are very weathered and are at risk of falling apart. 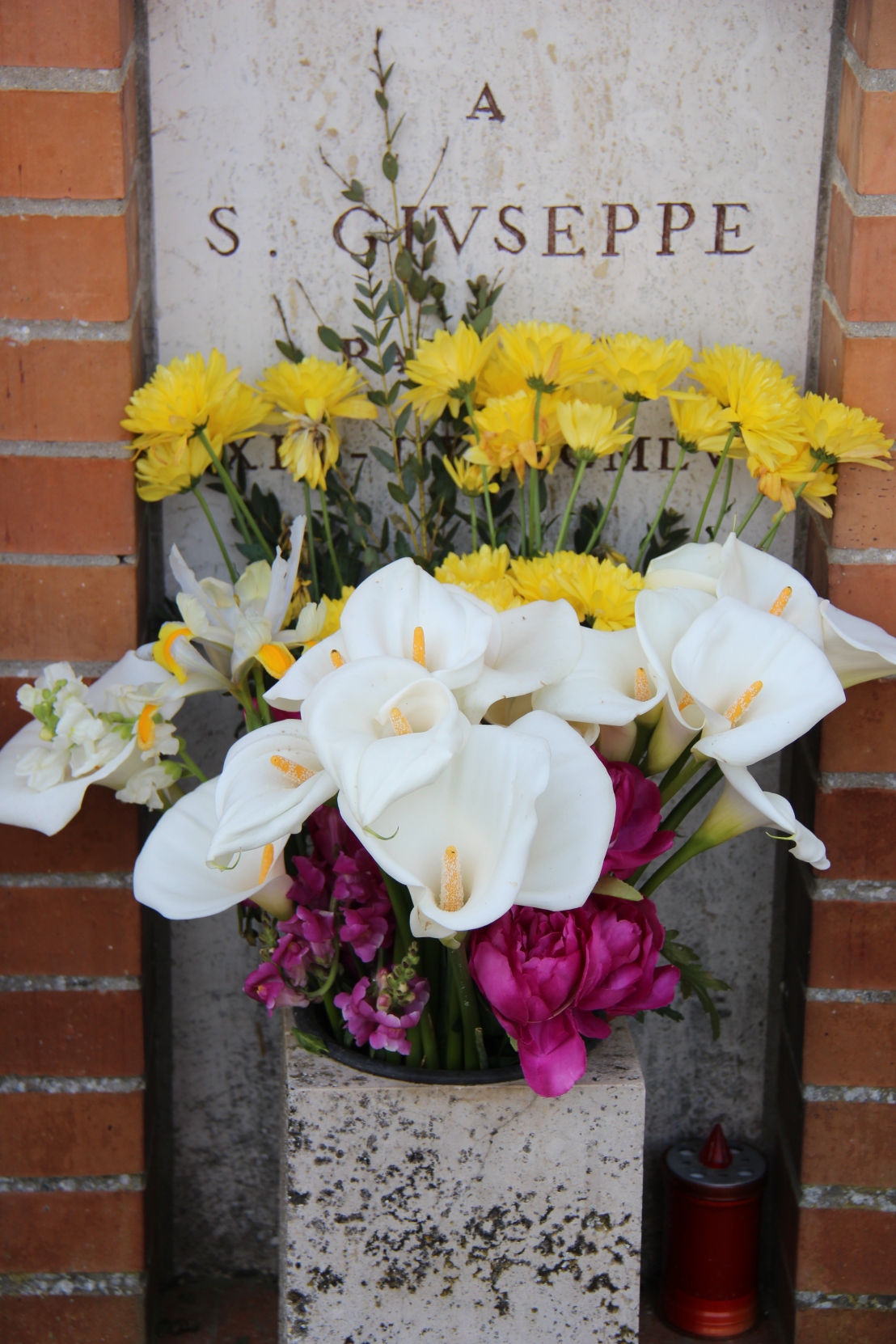 One day we took a day-trip, starting with outdoor furniture shopping in Marsciano. I sat on dozens of chairs to test for comfort, and we both agreed on a bright red set that had wide seats – there must be room for a person as well as a dog, after all – with nice comfy cushions. When the fellow showed us the total we both registered our shock, but then he indicated ‘wait’ and hit another button – the set was on sale for half-price as that model has been discontinued and the display set is the last one. He also gave us a present – a back cushion for one of the chairs – he apologized profusely for only having one, not two to give us.

After piling the new furniture into the back of the campervan we continued our day-trip to Trevi, ignoring both of the GPS’s again, so we drove almost straight east and past Montefalco instead of taking the main road up past Perugia.

We went to our favourite restaurant but had to get an inside table as it was pretty chilly out. We shared a plate of bruschetta for an appy – it was such a large portion I wondered if I was going to have room for my main course. There were five different toppings, each as delicious as the others – plain with olive oil, pesto, creamy cheese, tomatoes, and pate.

Luckily I was able to finish my main, with a little help. I got the roast wild boar with baked potato and it was so tender I barely needed a knife to cut it with. As usual I had no room for dessert, although I did manage more than one glass of very nice red wine.

The return trip back home was via Leroy and Merlin near Perugia where Colin got the rest of the supplies needed for the painting.

We watched another movie – the first one a couple of nights ago was ‘V for Vendetta’, the next night was ‘Capricorn One’ and this one was ‘The Usual Suspects’. I hadn’t seen any of them before and was pleasantly surprised each time.

One afternoon as we were heading down the hill to the bar I noticed one of the local cats up in a tree – not clinging to the trunk or climbing up or down, but roosting comfortably right near the top. 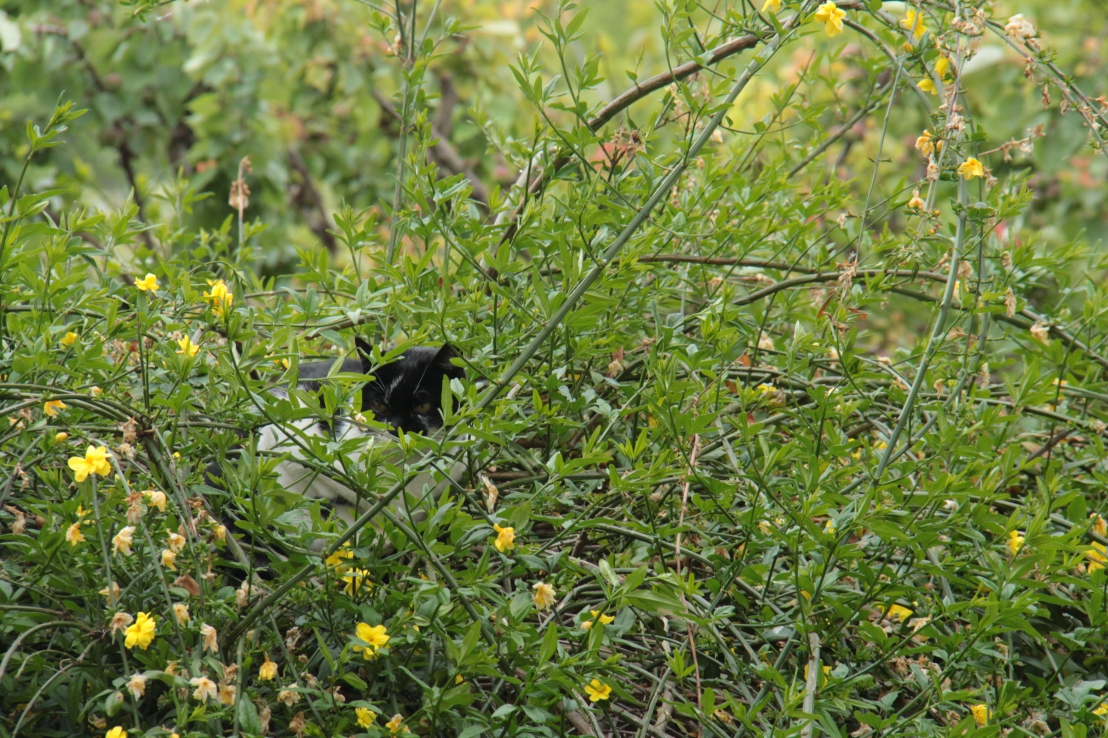 We had some rain and the weather had turned quite chilly again – I got my winter coat out but it was actually a bit over-the-top. The shutter painting had to be put off until things dry out a bit.

Chairman Meow next door hadn’t visited in a couple of days and we were a bit worried about him – he usually shows up for food as soon as he knows someone’s up and about. One day we encountered his owner, Angelo, when shopping for groceries – he assured us that Meow is fine – he’s just been ‘out loving it up’.

He does need to be ‘fixed’ – Meow, not Angelo – but he’s scared to try to put him in a box to take him to the vet.

One thought on “Papiano and Patio Furniture”