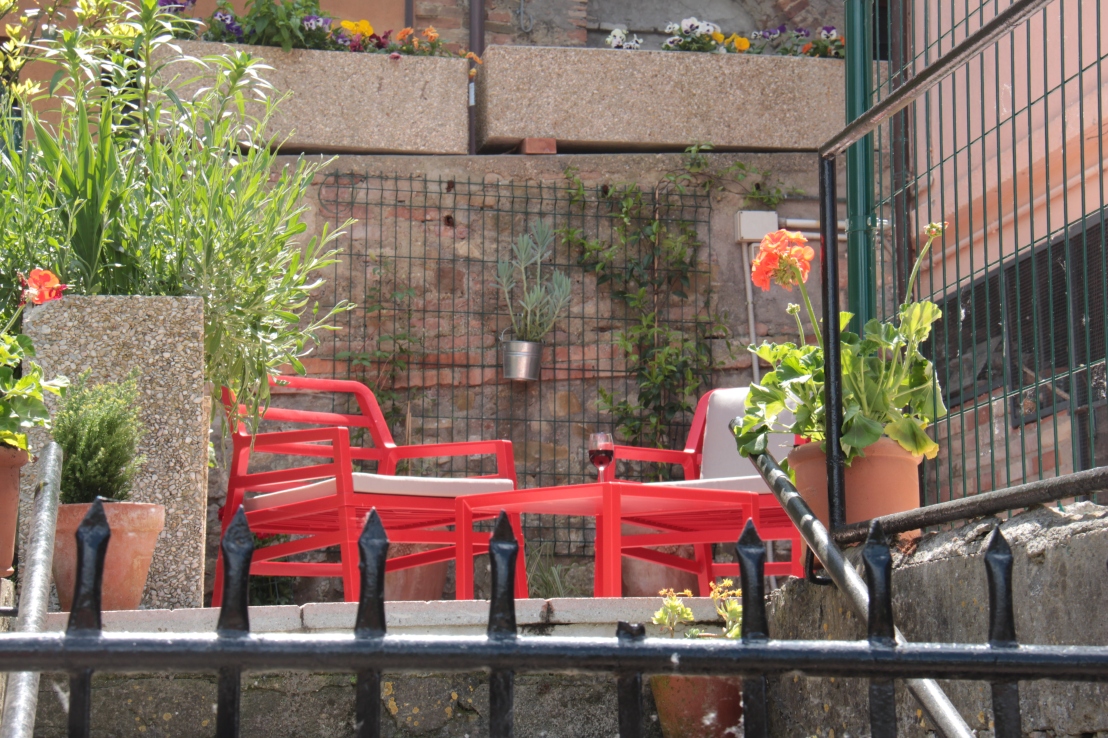 We got going a little later than originally planned because Alessandro wasn’t able to meet us for dinner in Fano so there was no real rush to leave. We took our time getting packed up and loaded into the campervan before tidying up the house and terrace. 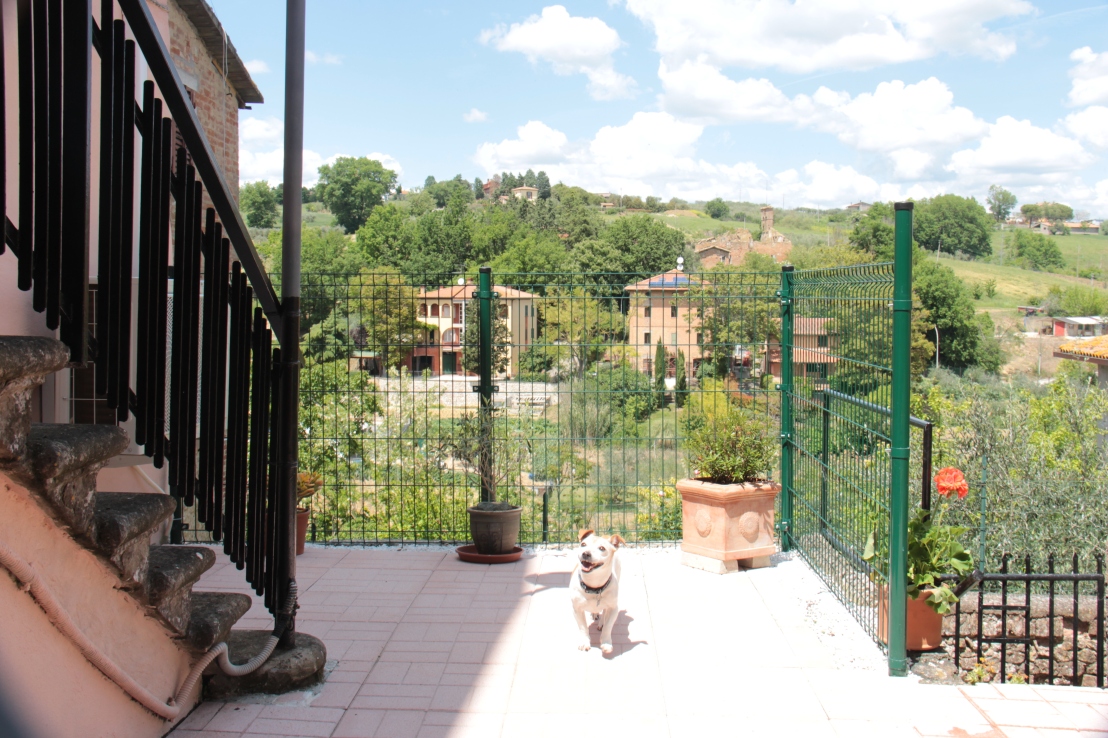 I took some nice ‘after’ shots of the painting and the terrace with the lovely new furniture, then we were on our way. 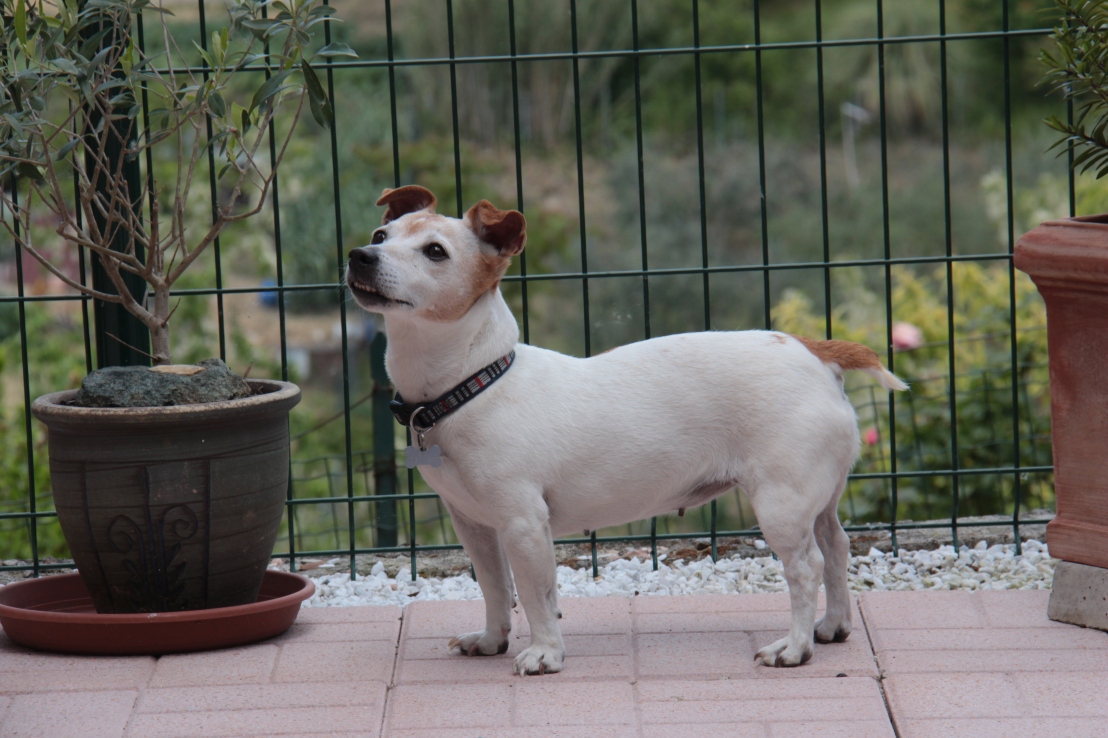 First stop was returning the cat carrier that had transported Chairman Meow to the vet’s and back, then headed north to Perugia and on to Gubbio. Shortly after there the mountains opened up to a beautiful wide valley, then the road went down and into Fano on the Adriatic coast.

We found a campervan spot right across from the sea – it was totally basic/no frills and ended up being free. The sign said it was six euros for the night but there was nowhere to buy a ticket from or anything so we just parked it. We took a walk north along the sea and found a nice looking restaurant – it wasn’t open for business for an hour or so, and the staff seemed to be having their dinner beforehand. 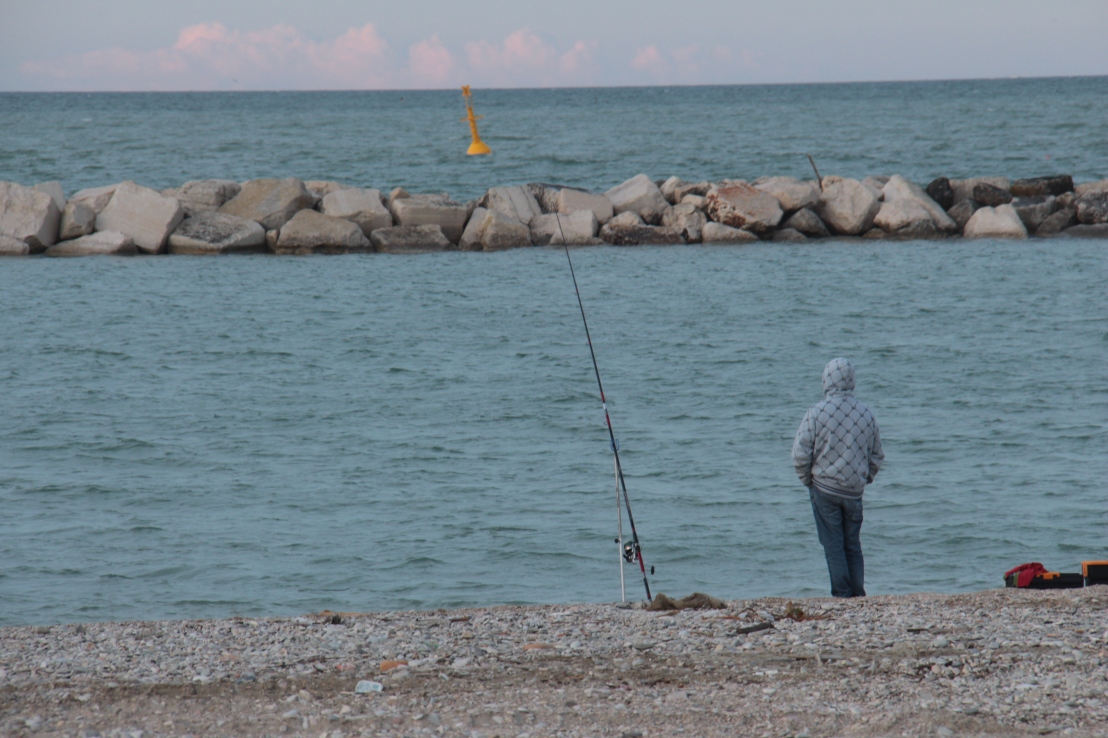 We kept walking a bit, then eventually turned back. There were guys fishing all along the shore, and a fellow was kite surfing out on the water – he looked like he was really working it, full wetsuit and all. By the time we got back to the restaurant they had just opened so we went in. 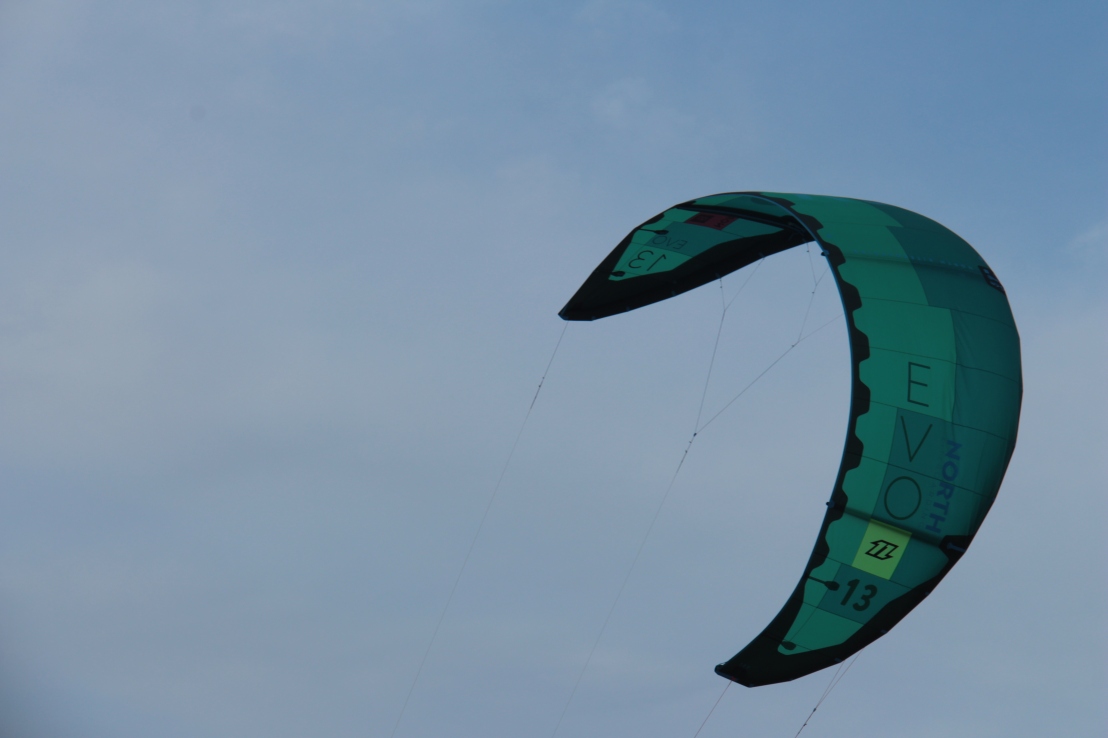 As usual we shared an order of bruschetta, which because we are on the Adriatic was four large pieces with different seafood. I loved three of them, but ended up offering the topping of the very salty anchovie-type one to Colin.

For the main dish we both got the seafood risotto, which was very delicious. I took at least half of mine home for breakfast. 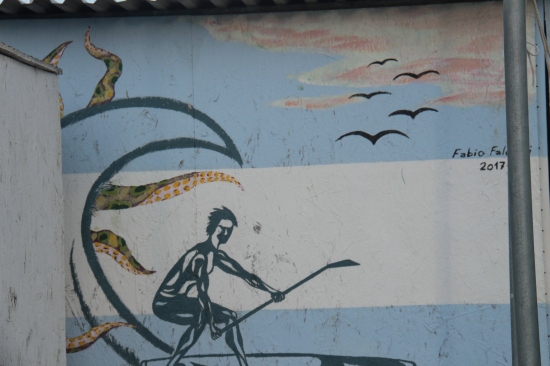 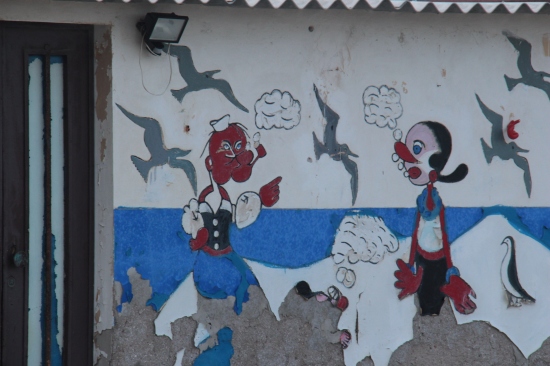 We got a fairly early start the next morning and took a rather meandering route towards San Marino to get onto the ITT route. We eventually found the pink arrows and just followed them up and around, passing into the principality of San Marino.

We found a lovely spot in the village of Fiorentino, almost across from a bar/restaurant and with an excellent view of the valley below. 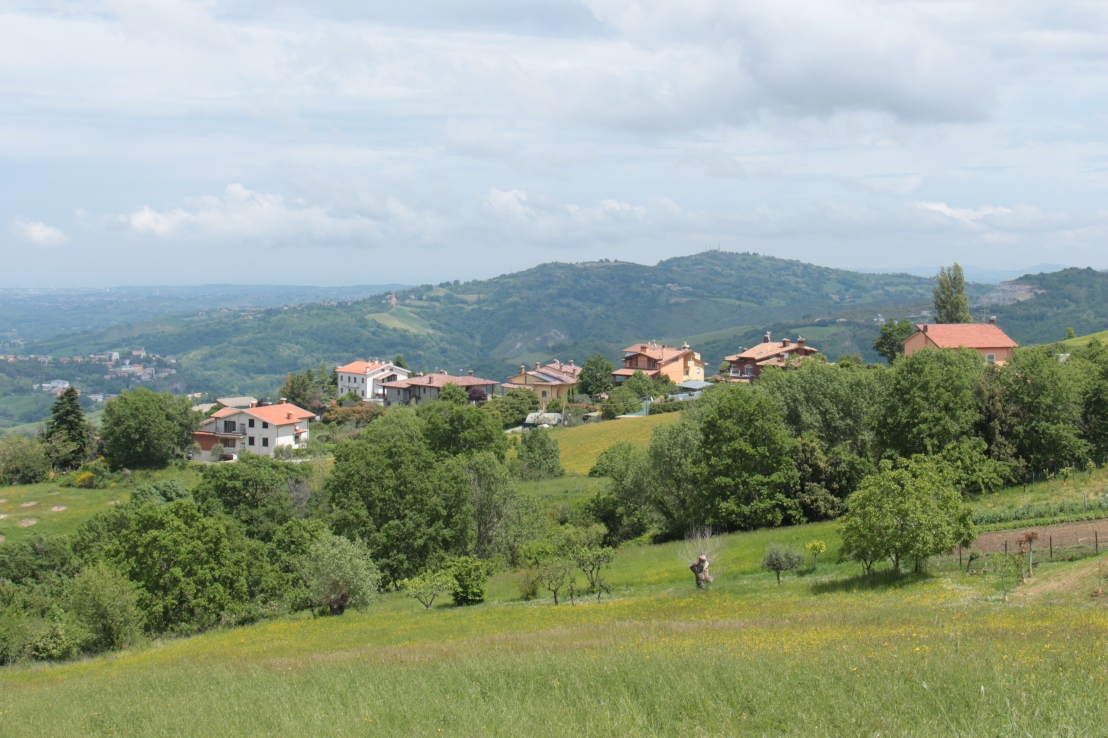 We’re on top of a ridge so actually have views from both sides. We ventured into the bar and had a drink, then decided to stay for lunch, which was a good decision. The menu was hand written on a tiny pink (ha ha) post-it note pad, and the waitress – who we thought could speak english, but didn’t really – showed us the two or three dishes of the day. Colin had the pasta with marscapone and spinache, while I chose the pasta with ragu – both good choices. 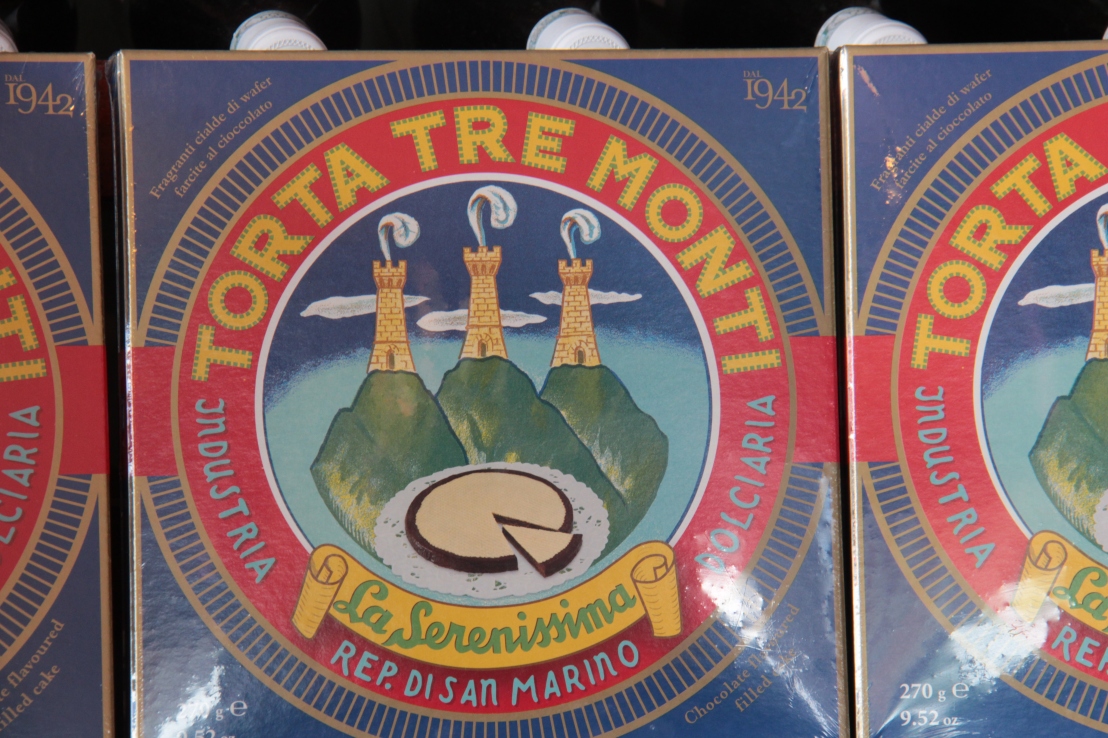 After lunch we managed to find out that the bar would be open tomorrow on race day, but the kitchen would not be doing hot meals, but rather just paninis, etc. The decor is very diverse – it seems that the owner likes all things american and/or mexican, including Harleys. 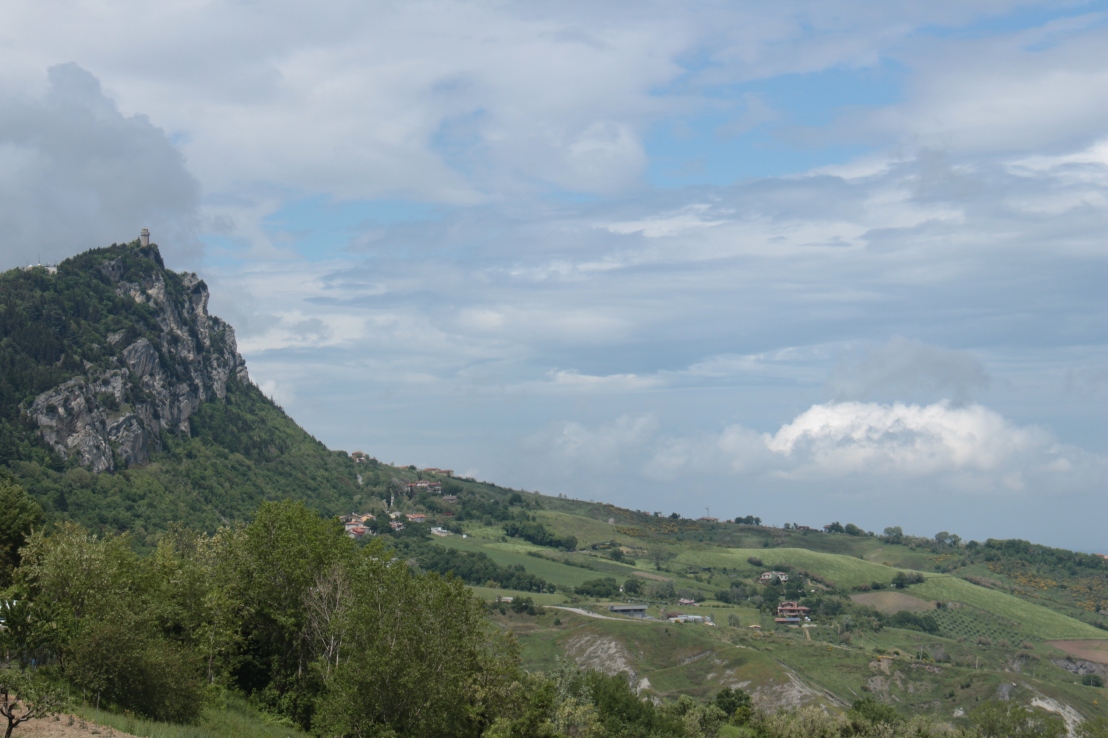