We left the Mortirolo fairly early to avoid traffic coming up the hill towards us, going down into the village of Mazzo di Valtellina, and back along the road we came on. West to Lake Como, then south to Lecco, before hitting a diversion due to road works.

We wondered about all of the cars parked along the road at one point, then saw that the road crews were lifting a new bridge into place with some huge cranes – there was a large crowd watching the procedure.

We skirted Milano, then west along the motorway and also got by Torino and on past Susa. We had already planned to take the Cenis pass rather than the long tunnel into France.

Just after the French border – which is really just a sign on the road – we came to a building that had several police cars at it – one of the policemen walked towards us so we stopped. He just asked if there was only the three of us, including Mo, and when we said yes he let us go. Apparently there’s still a big problem with migrants trying any and all entry points to get into France, then maybe on to England.

We stopped at one place so I could take some photos – there are three displays, one each of cyclists, soldiers on horses, and elephants. This is one of the many passes that Hanibal might have driven the poor elephants over. 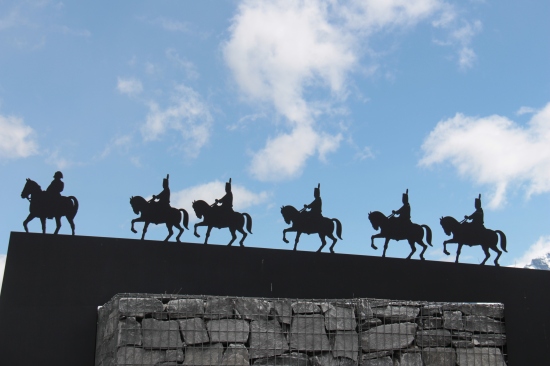 A little further on there are a couple more elephant displays.

We found a campground just before Chambery and checked in for the night. 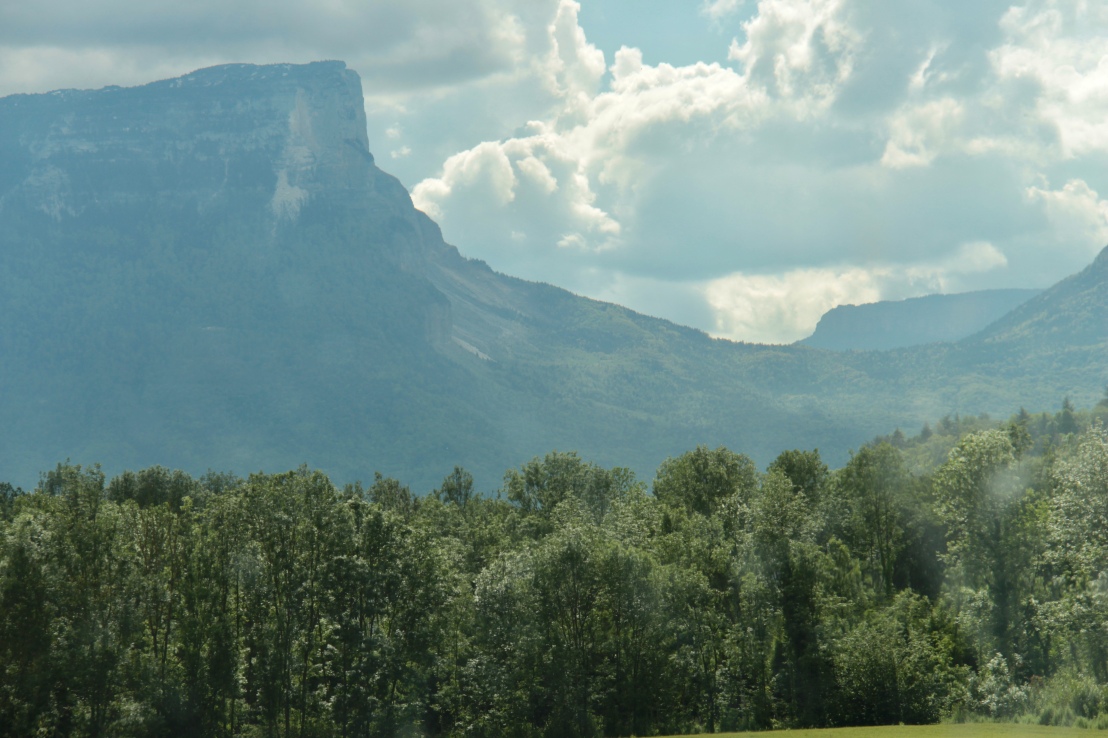 The next day was a long drive home, going up and through the Tunnel de Chat above Lac du Bourget, then through the beautiful countryside in the foothills of the Alps heading west past the River Rhone. 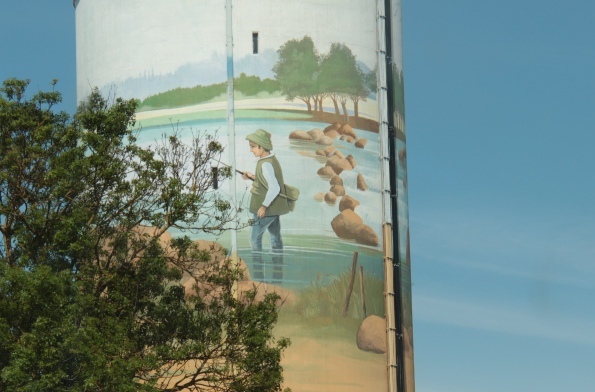 We arrived home to Mansle around 5:30 or 6:00, unloaded the campervan and headed down to the campground bar for dinner – it’s a holiday today so the Penalty Bar is closed.

They’ve done some more improvements to the restaurant/bar – there’s now a permanent pergola instead of the temporary tent/awning thing they used to have, and new tables and chairs. We were enjoying our burgers and fries when a regular patron arrived carrying an adorable little kitten. He ended up putting it in his right coat pocket, where it eventually fell asleep – it was so cute!

Much as I love the travelling it is nice to be in one place for a bit. Everyone greets us so warmly and are genuinely happy to see us back, even if it’s only for a while.

One thought on “Long drive back to The Charente”