Finally having a decent sleep I showered, ate a small breakfast, and we were on our way just after 9:00. We headed first towards Burgos to do the shopping we couldn’t do yesterday because of the early closing, then continued on to Lerma, where the race ended two days ago. 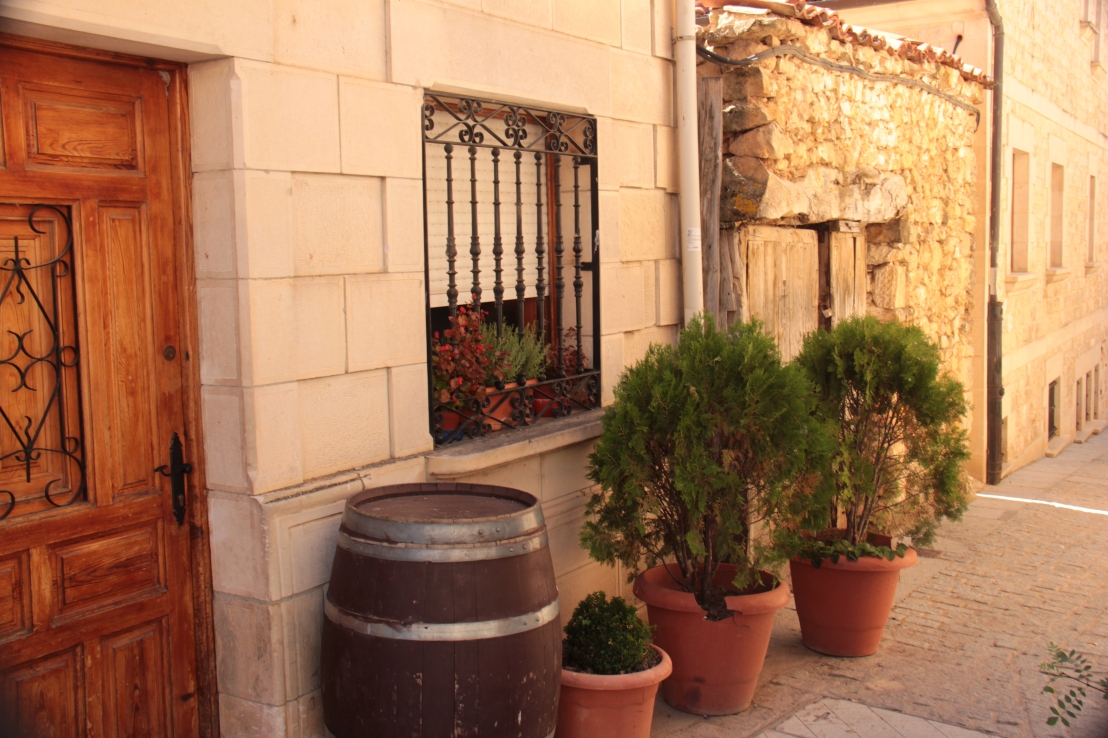 We then navigated our way to the town of Covarrubias where we hoped to stop for a coffee, but unable to find parking continued on our way along today’s race route. We passed the top of the only climb of the day, then kept going to the beautiful town of Santo Domingo de Silos.

We parked in the ‘bus only’ area at the bottom of the town – there were no buses there, but plenty of cars. It seems to be a bit more ‘touristy’ than some of the places around here – we passed a monastery/museum and found the square in the centre of town where tomorrow’s stage will start.

We sat down for a coffee – a bit of an ordeal as the staff wasn’t that friendly and other customers were considerably more pushy than Colin was in ordering at the bar inside. I was sitting outside with Mo when a large group of locals arrived and proceeding to drag tables and chairs and sit next to us – one chubby lady continually banging up against the back of my chair, but never once saying ‘excuse me’ or even acknowledging that she’d hit mine.

The coffee was pretty good, but I’d forgotten to bring my honey so had to make do with a small amount of sugar instead. After a nice glass of wine I walked around the village a bit while Colin stayed at the table with Mo and a cold glass of water.

On our way back to the campervan we stopped to look at a couple of statues and sculptures, then got on the road again back to the top of the one climb of the day. There was only one other campervan there when we arrived, although a few more cars joined us later. 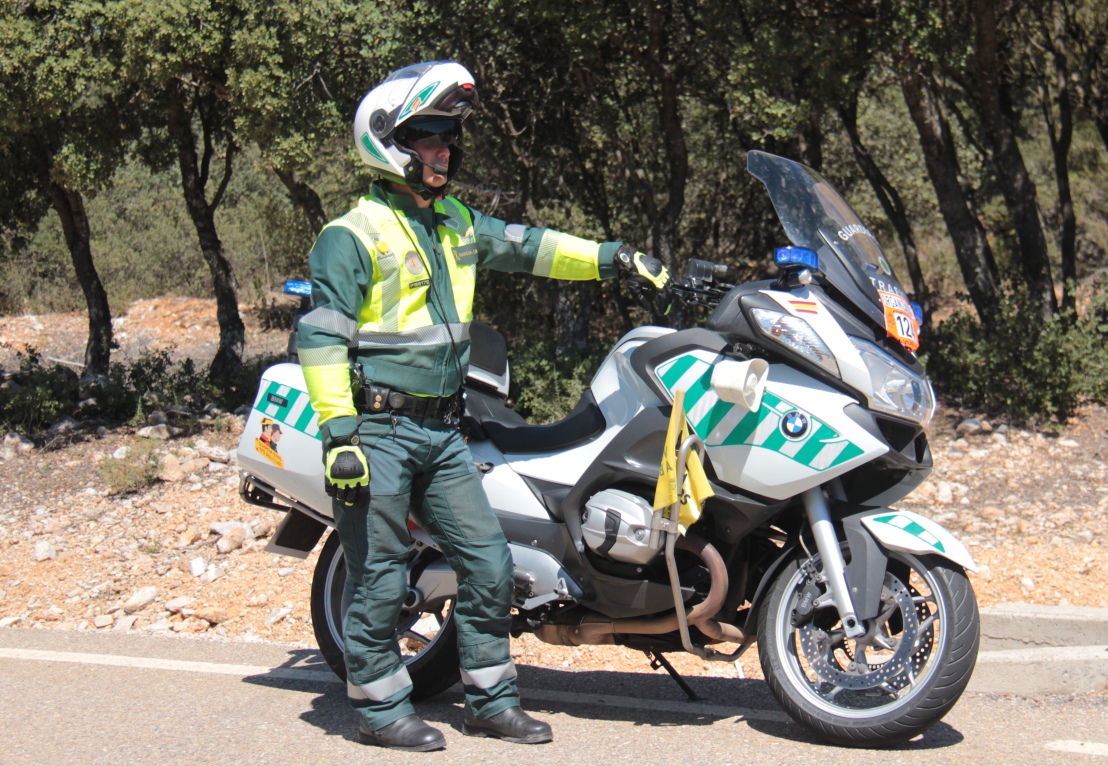 There was a three man break a few seconds ahead of another, then two minutes later the whole peloton flew by. 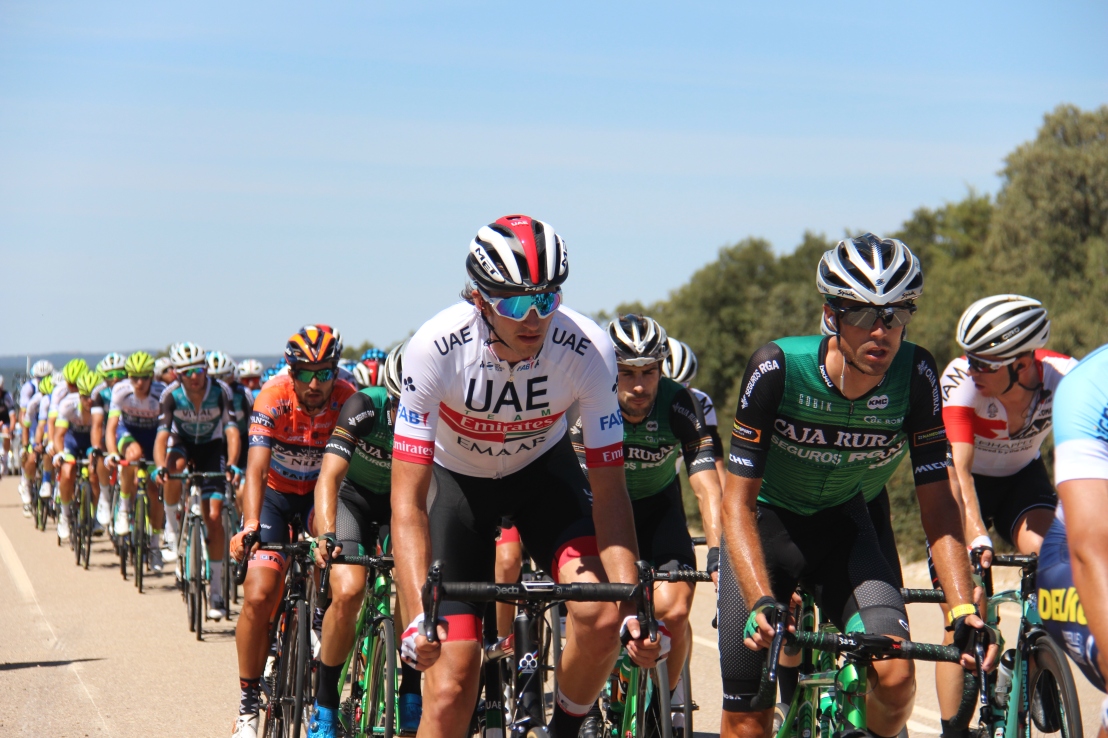 We followed the race down the hill, and where they turned right we went left to scoot ahead to the finish at the Cuidad Romana de Clunia – Roman ruins on a hilltop.

We checked out several spots to take photos from, and ended up on the roof deck of the line referee’s truck – I just looked in the door and pointed up and the guy said ok! It was nice not to be crowded and it’s another different angle.

There wasn’t any room at the top after the finish line so as some racers were still coming up to the finish others had already turned around and were on their way back down.

For the podium presentations I moved from the truck’s roof to the ground at the corner of the podium stage.

It wasn’t too hard getting on the road, what with all of the team cars and buses in the same field as us – we drove to the town of Quintanara de le Sierra, intending to stay the night at the campground we’d been at last year, but it was full to bursting and we didn’t feel like squishing in.

The last stage of the Vuelta a Burgos is always a climb up the same mountain, so we just headed up to the top parking area and parked it for the night. We’d passed several other campervans along the way doing the same thing – they close the road fairly early on the morning of the race, but with our photo passes we still would have been ok.