Upon waking early I had to take Mo out to do some business, which was unusual since she normally just waits, but at 6:30 she indicated very strongly that she needed to go out.

I quickly got dressed and put on my shoes – no socks – and took her for a little walk. There are no lights around here so the stars were spectacular, even without my glasses on. Back at the campervan Mo settled down and we got another couple of hours of sleep. 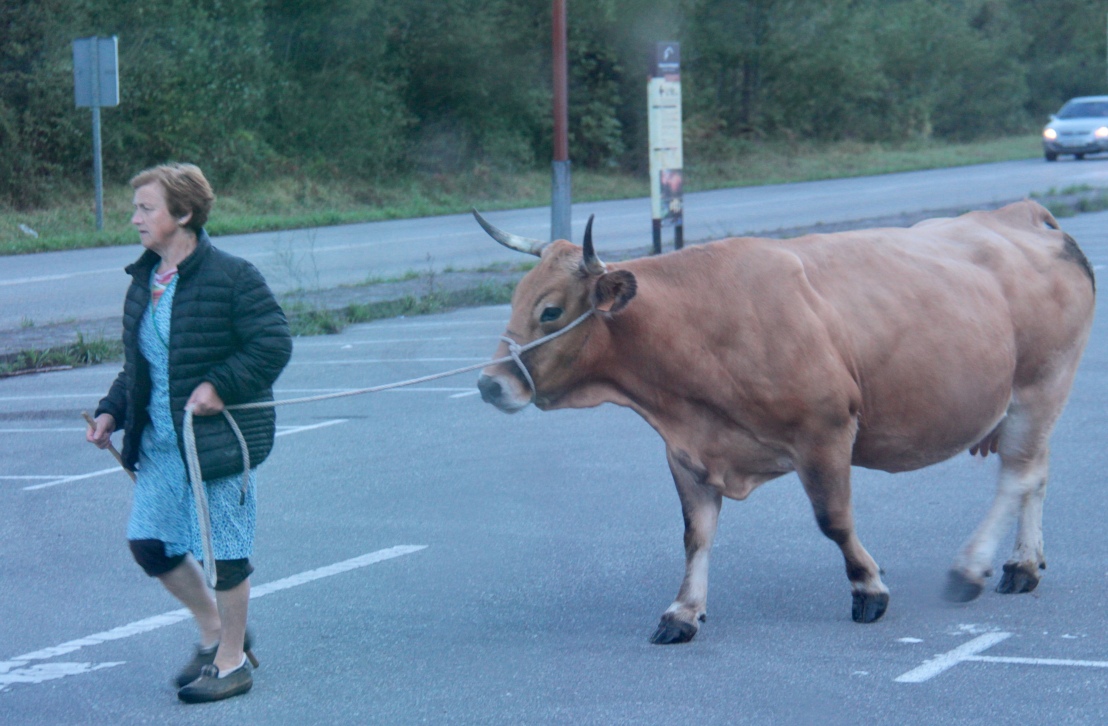 We had been hearing one of the cows in the field next door – it was making more than the usual mooing sounds, and just after 10:00 we saw why. One of the mama cows was being led across our parking lot and we assume she’d been separated from her calf or something and wasn’t terribly happy about it.

We got going north shortly after, and had dialed our destination into Miss GPS. However, it seems there are several little towns with very similar names and we were taken to the wrong one. 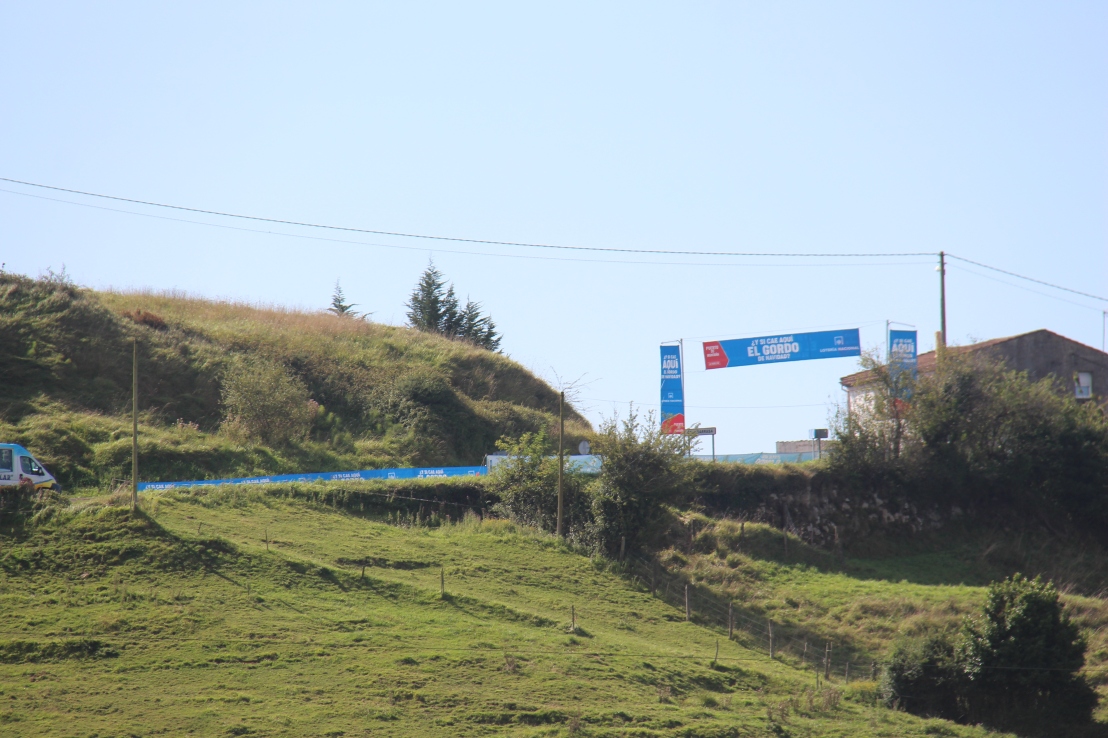 After we picked a slightly different destination on Miss Wayz we drove about 30 km to the top of the final small climb of the day’s race, near La Madera. Upon arriving we found that Mo had been sick – discreetly on the floor beside her sometime during the drive.

We found a great place to park several hundred meters from the top, and had a nice lunch of salmon, fried potatoes and salad. 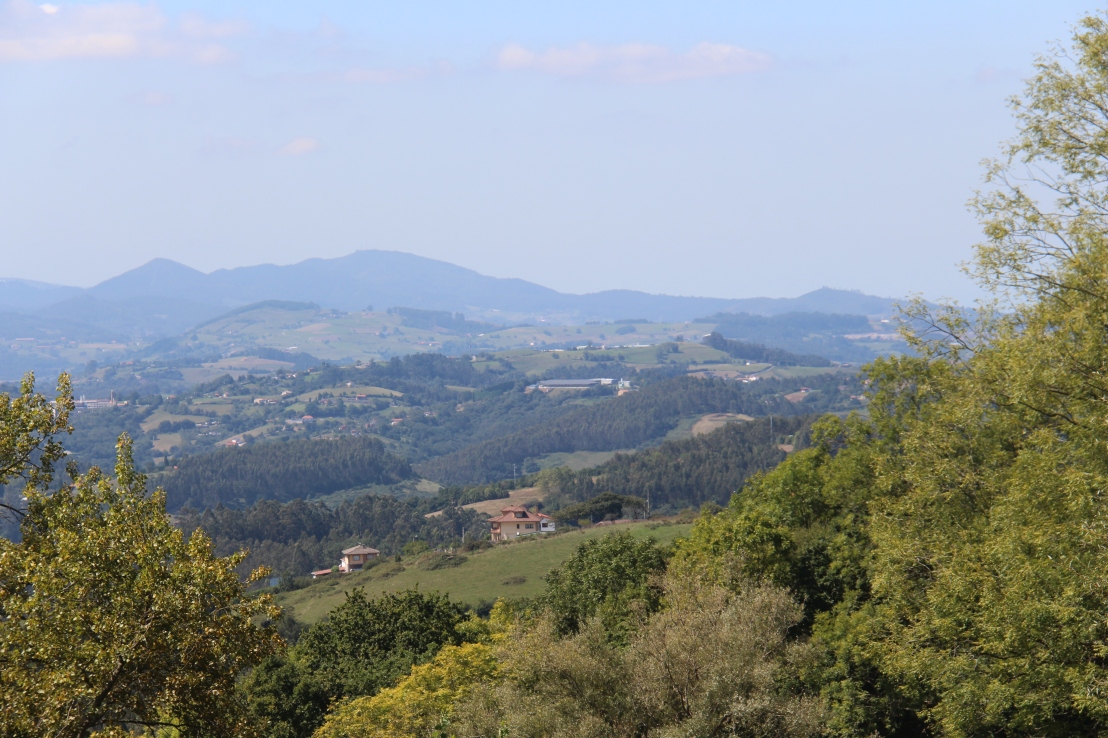 About an hour before the race arrived the caravan/cavalcade passed. As usual it was nothing like the Tour’s is, but I still got a few things, including a Movistar bag and a packet of olives that I love. And for the first time in a long time we were able to put our flags up. 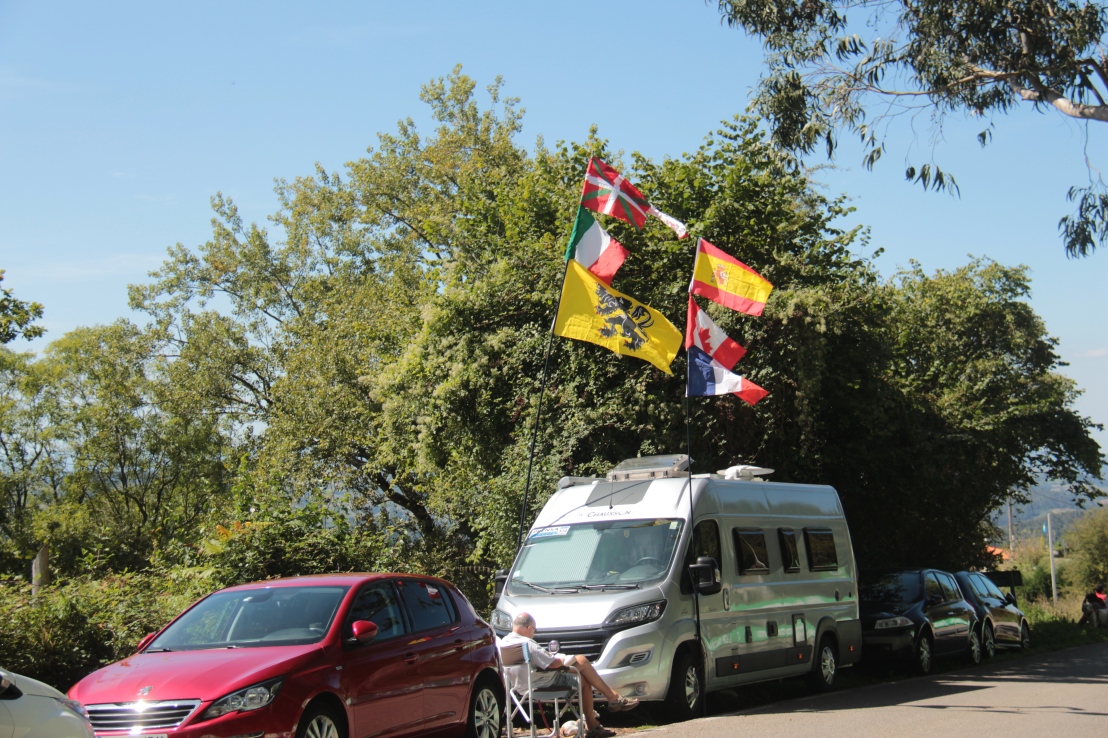 Several team cars pulled up and had guys available to hand out bidons if needed. One of the fellows from Education First – Cdn Michael Woods’s team – stopped almost right in front of me and I promptly asked him, very politely of course, if he would please move to the other side of me so he wouldn’t get in the way of my shots and he happily complied. I then pointed out the Cdn flag flying proudly from the campervan and told him where I’m from and asked if he might have a bidon left after the race had passed and he said that if he did he would give me one. 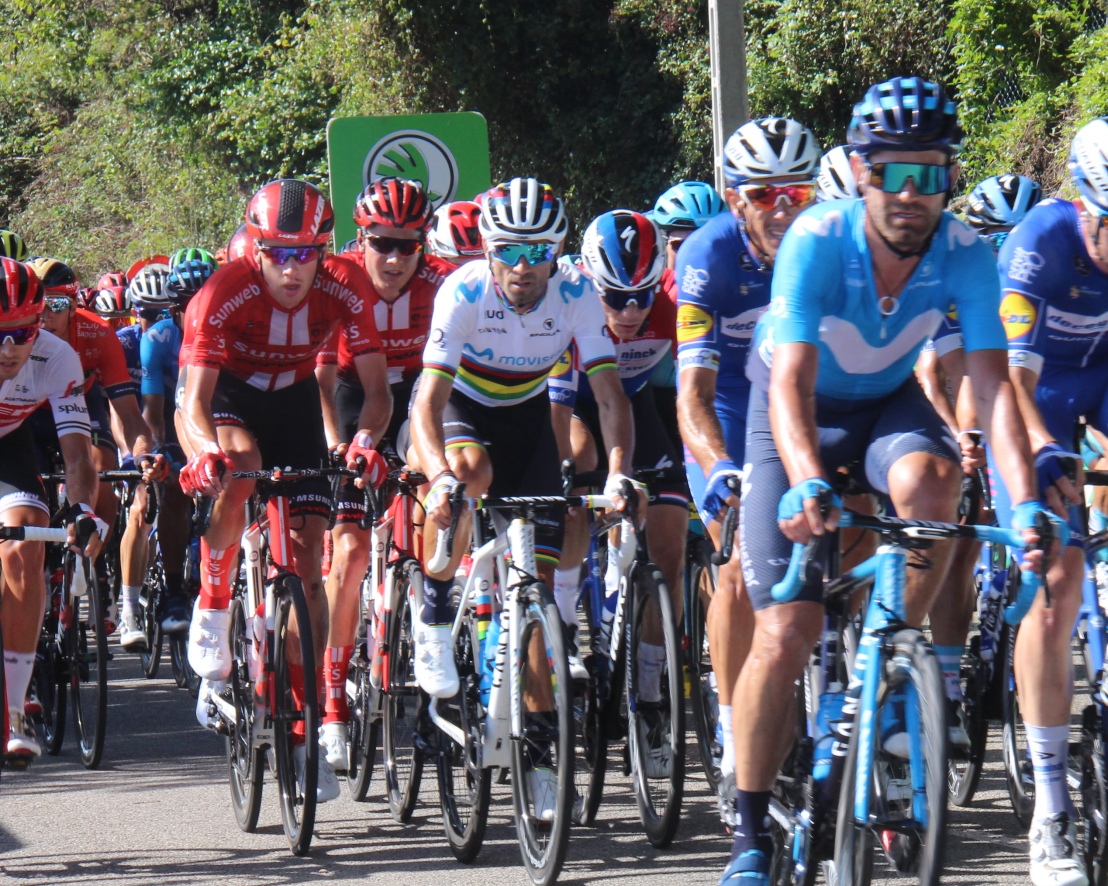 The race itself arrived at 5:05 with a breakaway of 5 or 6 riders, and the peloton only 1 minute behind, including current world champion Alejandro Valverde right near the front. 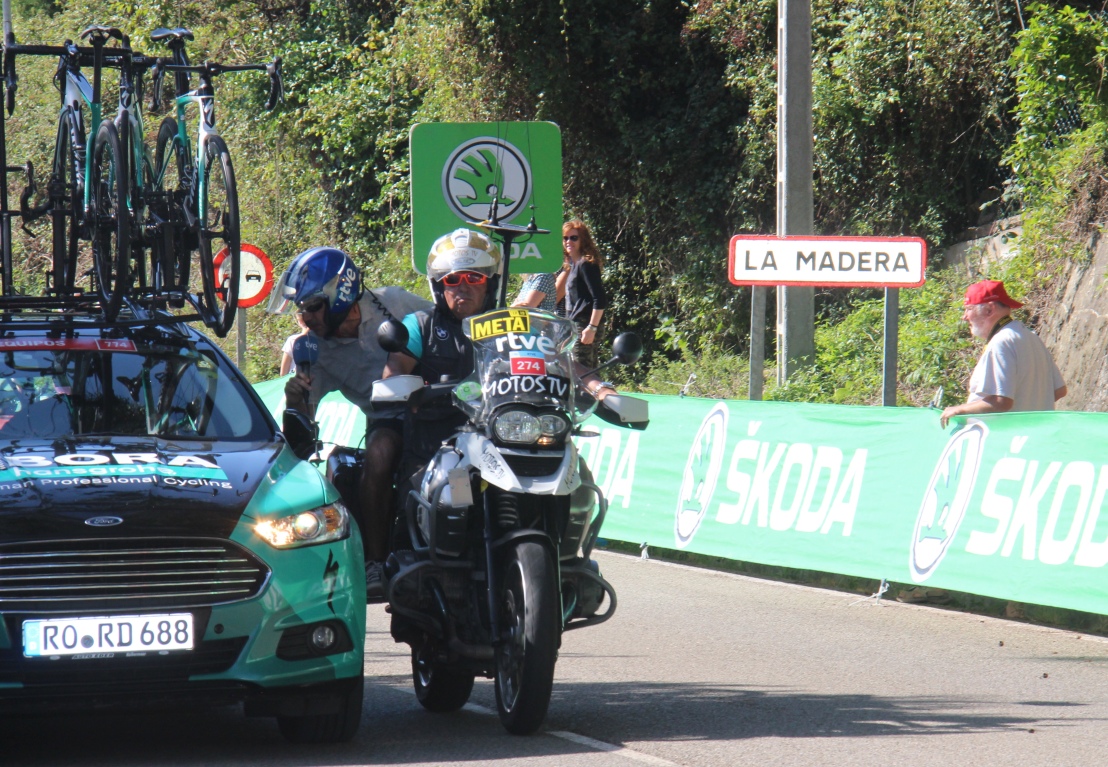 I got one very interesting shot of a tv moto interviewing the Bora Directeur Sportif as they drove past. The peloton took only about four minutes to pass us and then they were gone. True to his word the EF fellow gave me a bidon as he went back down to his team car.

When we got back to the campervan, which wasn’t very far, we discovered that Mo had had another accident – this time a very bloody poop inside on the floor, and she never poops inside the campervan. We are both very concerned but are hopeful that it’s a stomach thing from her hoovering anything she can find on the ground, rather than something serious.

Once we had gotten the flags down and were on our way it was clear sailing back south to the little campground that we loved at Rio Luna.

One thought on “La Vuelta at La Madera, and Sick Mo (sob sob!)”