Another bright looking morning – sunny but not yet too hot.  After some nice tea we left the lovely aire and headed to our next destination a little bit northeast just outside the village of Cereceda.

We picked a spot just past the summit of the climb in one of the only pullouts available. 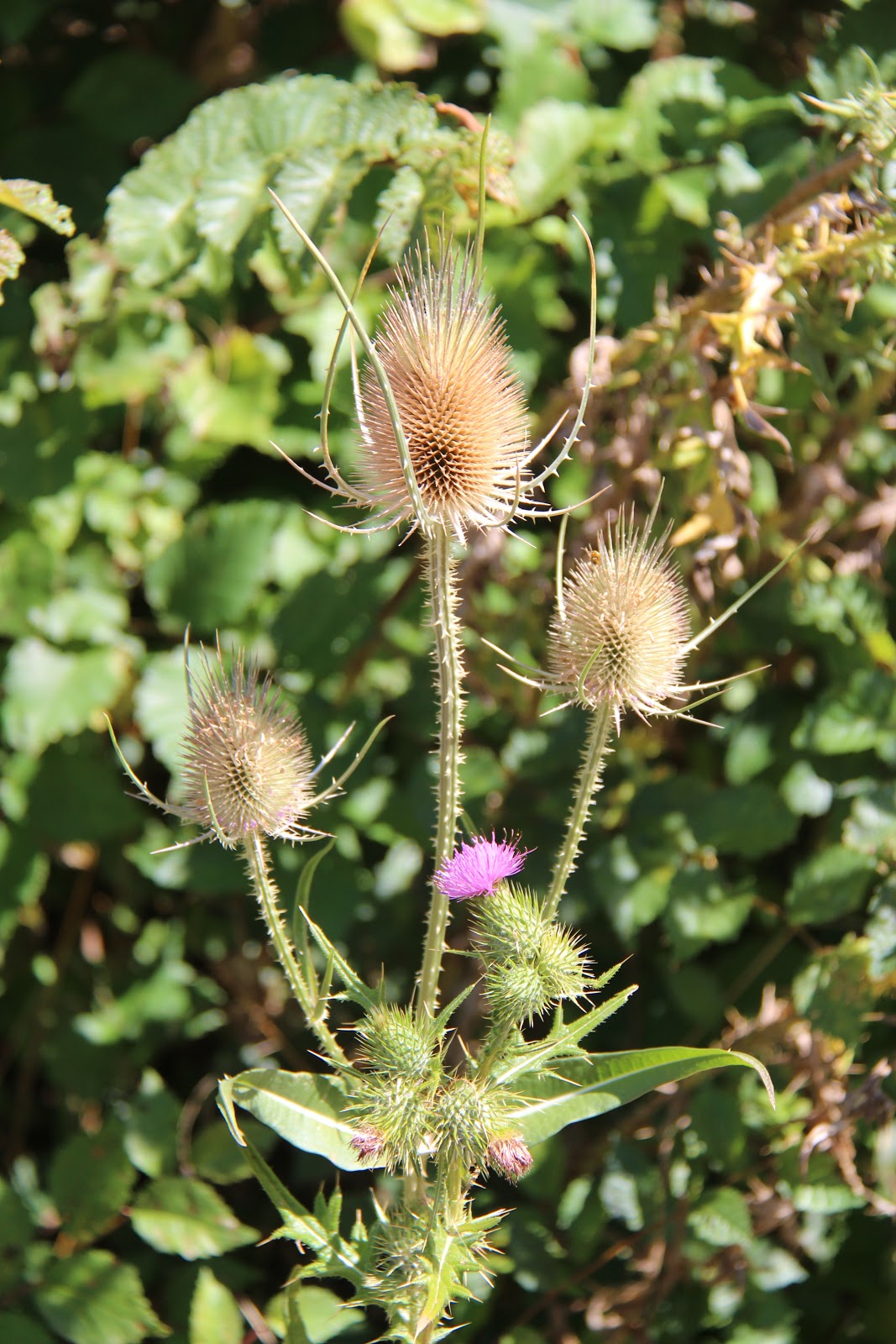 We had lunch as other vehicles started to come along looking for spots to park – there weren’t that many but some cars did venture onto the verge, as well as some motorbikes.

The area around here reminds me of home.

We put up one flagpole with three flags and they did fly well although it became extremely windy.  We had to put an extra bungee at the bottom to keep them from tilting – we wouldn’t want to be those ‘stupid fans’ that let something fall in the path of the riders!

There was a breakaway of four to the top of the Alto la Varga and was taken uncontested by a young rider from Caja Rural.

I still smile and wave at almost everyone that comes past – campervans, team cars, motos, police – and so many of them either wave back or at least toot their horns.

One moto cop stopped at the line for a couple of minutes and chatted a bit – the peloton was 2 km behind and would take a couple more minutes to arrive.  He gave a big smile and went on his way.

The peloton arrived about seven minutes after the breakaway, and I got a photo of both of the Yates twins – now riding for different teams – near the back of the pack.

After the race had passed and we’d taken down the flags we were on our way again – this time back south past Burgos to get somewhere along the route of stage 4.

One thought on “Vuelta a Burgos Stage 3”