Another chilly night, and having to ration water.  We spent a very frustrating few hours trying to find the nearest campervan dump and went up and down and around and around following signs – no dump, although we did see a bit of the local sites.

We finally got help from a couple of folks at an aire – an aire (or Sosta as they call them here) without water or dump facilities.  I think the couple work for the municipal recycling company, and they looked up on their phone and gave very clear directions on how to find the nearest place.

Finally we were able to empty water (etc. !) and take on water.  We then headed to a campervan place not far from Pisa to have the heating checked out so we don’t keep losing water at night.  The fellow said he’d be out in five minutes to have a look, but as soon as we returned to the campervan and did a final check the heating worked!  We did wait about fifteen minutes for the guy to come have a look over, but when he didn’t appear we left, and relocated a bit down the road to have lunch.

Refreshed, and with a bit of a drive ahead we were on our way again – southeast towards the Adriatic coast, going right past Perugia – so close to home, but we kept going on our way.

With night closing in we stopped at the town of Caldarola, in a very nice parking area just off the motorway.  It was nice and quiet and once again (becoming a habit!) had another early night.  I did read for a bit – Julia Child’s book ‘My Life in France’ – my sister gave it to me a few months ago and I’m really enjoying it.  And having the heat working meant no more freezing in the morning, or losing the water, and also – I get to do dishes with hot water – what a treat!

Another early start and we were on our way via the motorway/peage south towards the small town of Bellante, near Teramo.  After doing a loop of the next day’s race route we settled on a churchyard near the outskirts of the even smaller town of Camera. 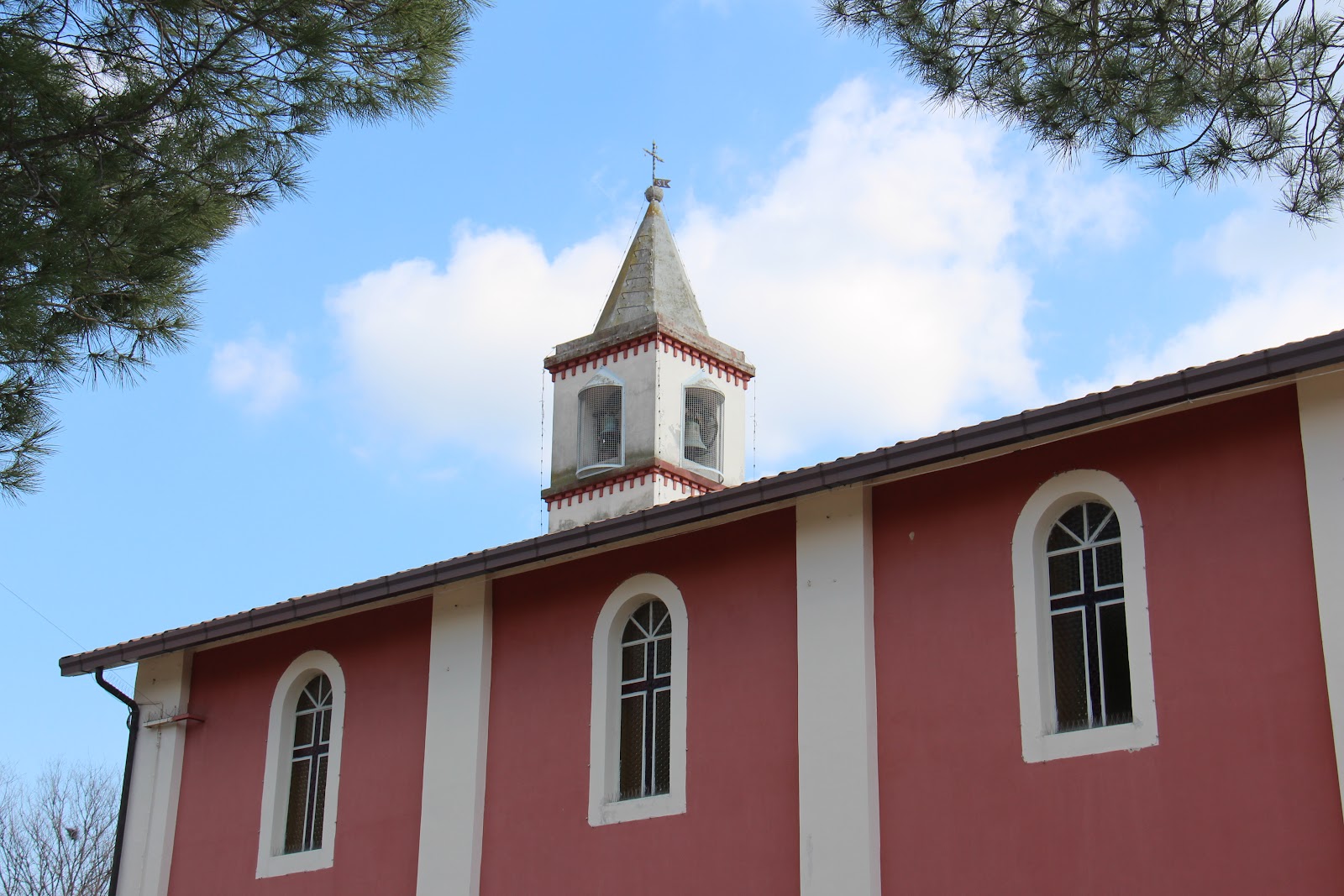 It’s a quite beautiful area with small villages on every hillside, and overlooked by large mountains topped with snow.

We had a lovely roast chicken for lunch, with plenty left over for a cold meal as well as soup, which is after all, the best part of roasting a chicken.

A short walk down a nearby lane introduced us to many of the local dogs, and a couple of cats.

Also on the next hill a local flock of sheep…or should it be a flock of local sheep?

The morning of stage 4 was again beautiful and sunny, although the breeze was a bit chilly.

The race passed our spot twice, and in the first pass there was one leader, followed within a minute by a small chase group, then another small group containing Evenepoel, Pogacar and Ganna just behind.

The sprinters, including Cavendish, were another five minutes back.

Right on the predicted time schedule the race reappeared 29 minutes later, still with the lone breakaway rider but with the peloton back together and within sight of him.

We read later that Pogacar had won again, and in very convincing fashion too.