Up early – bright sunshine, yoga, breakfast on terrace – the usual. At least until I checked on very pregnant momma goat. She had just give birth and baby goat was still wet and lying on the hay. I ran back to the store and told Louisa and Meike who followed me back to the pen. She told me there might be another one coming as momma goat was so huge and had had twins before. Just as I arrived back at the pen a second baby was being dropped! Took a few seconds before it began to breathe, but momma was experienced and knew what to do. Both babies got a good licking. When I checked a little later one of the babies was bleating loudly while it tried to stand up. Momma was calm and didn’t get excited. 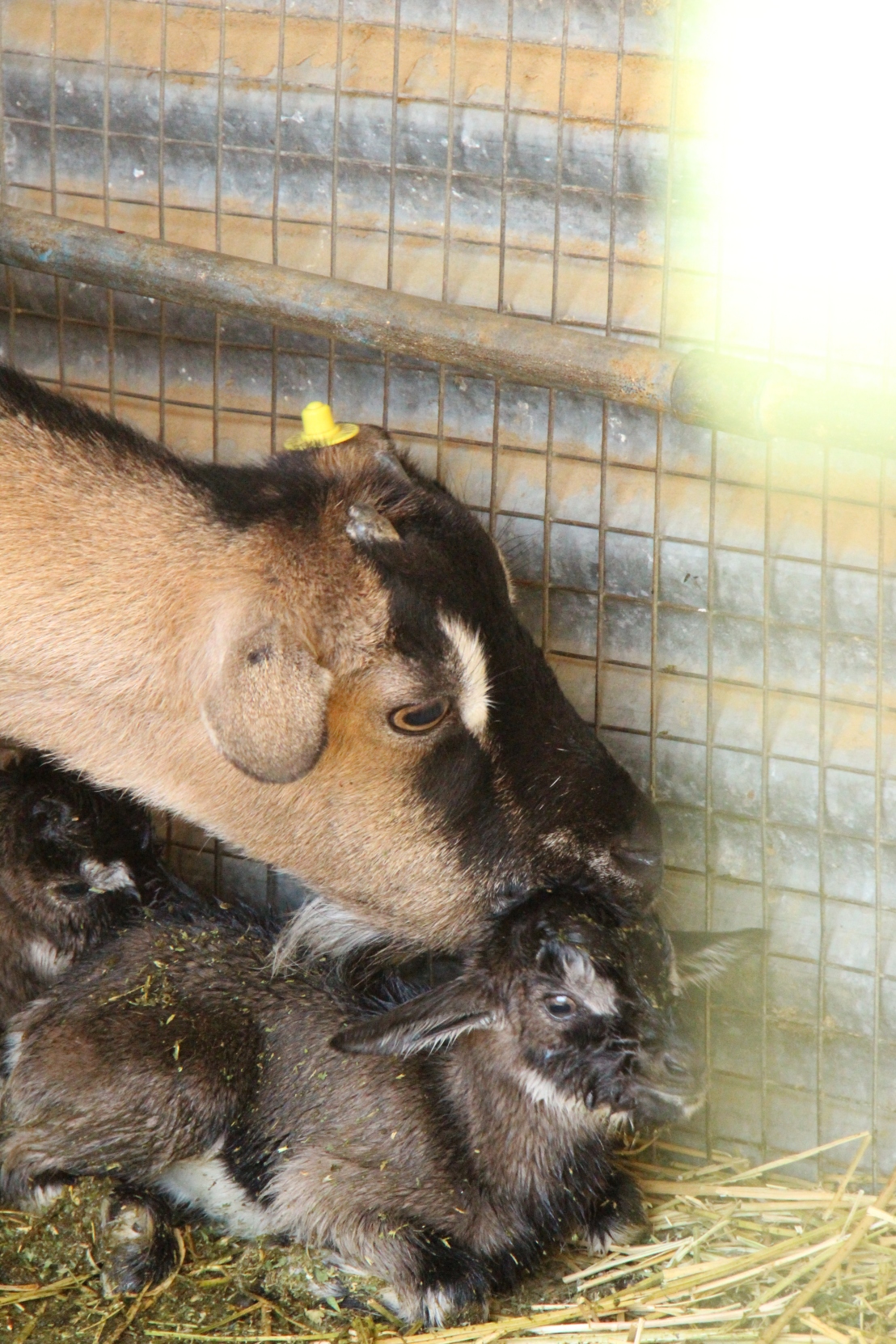 Colin and I went on another day-trip. Went back up to Montefalco, which is still all decked out with pink ribbons, bows, flowers and bicycles everywhere from yesterday’s ITT finish. Colin treated me to a wonderful lunch in the shade outside a restaurant on one of the steep, cobbled streets. It was more like three meals for me but I managed to eat it all – very delicious lasagna with mushrooms, asparagus and lots of cheese, followed by veal and a large side salad. 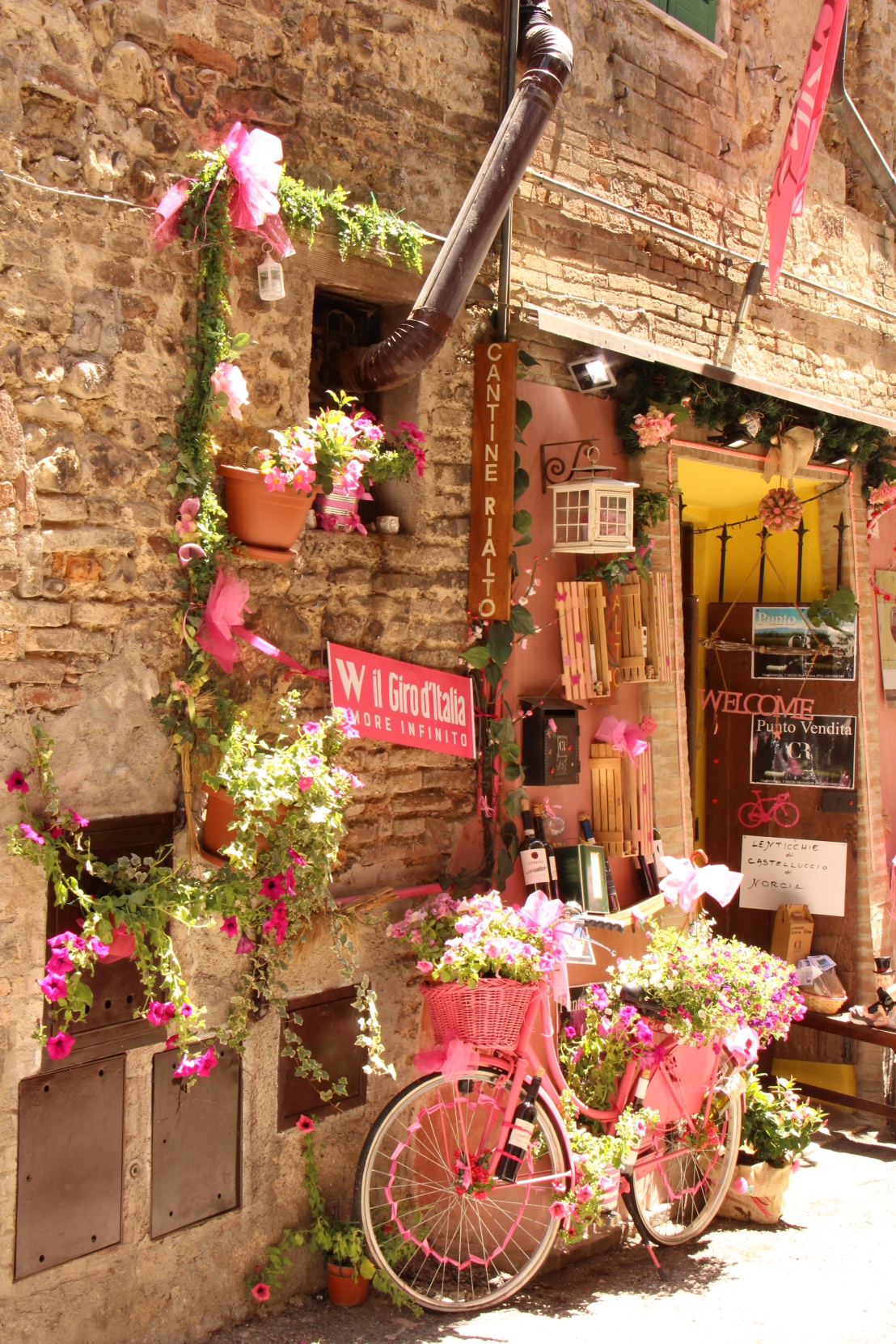 The town has a lookout of sorts that you can see almost the entire valley from – Foligno, Bevagna, all the orchards and vineyards – very beautiful place. 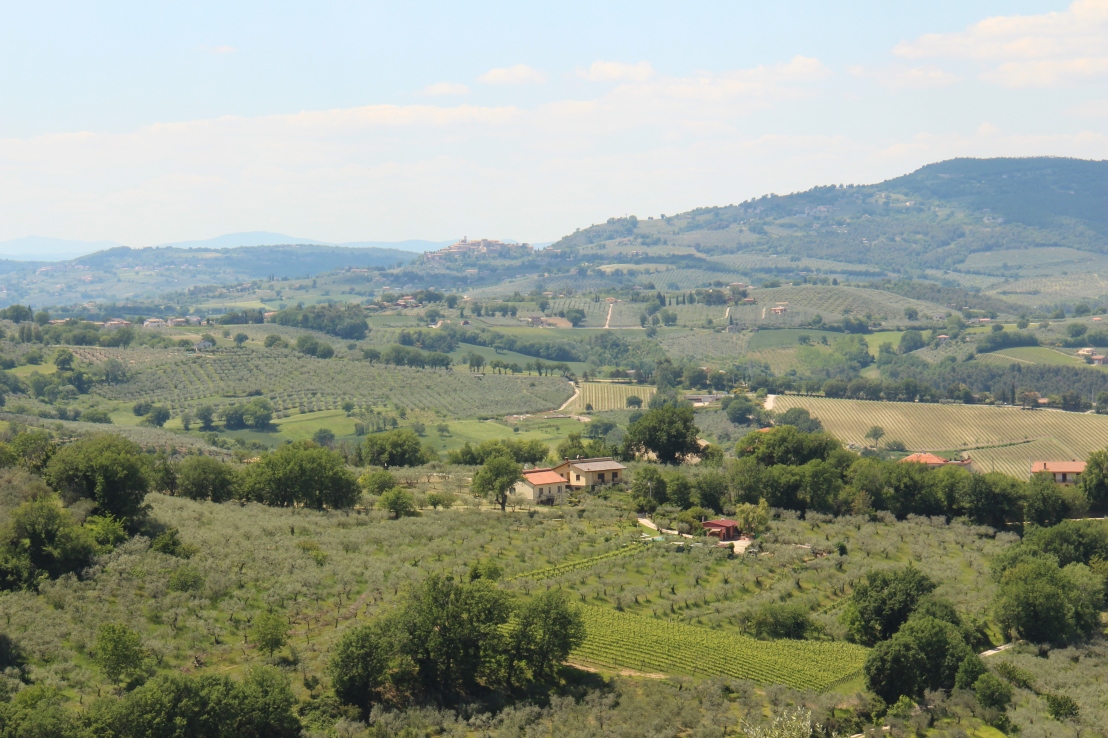 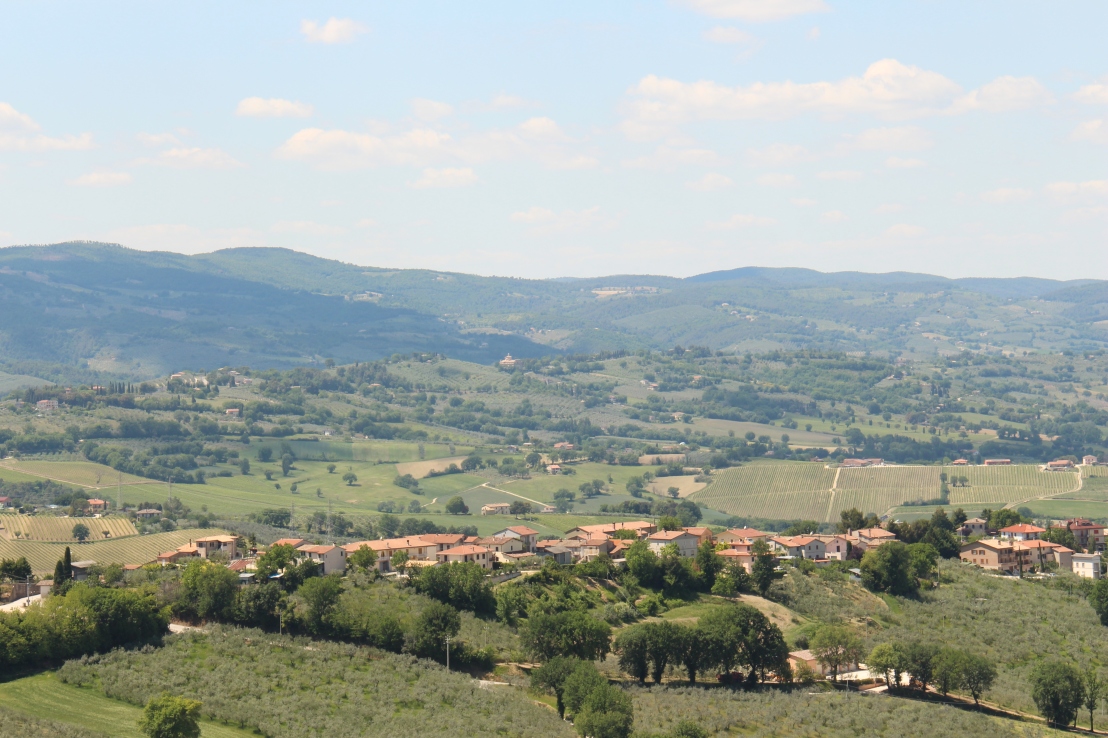 Drove back to Bevagna (via Foligno, just for fun) to get some more food, but everything was closed until 4:00 for lunch. Came back to the campground to watch the end of today’s Giro stage.

Baby goats look stronger every time I go by – standing on their own while momma rests. Colin is mapping out a route to get north – probably taking 3 days, heading north-east to the coast, then north to the mountains. Likely going to get to watch the May 23 stage on the Stelvio Pass – a brutal one! Sitting outside Colin’s campervan, paying attention to one of his cute pups (Ben), drinking a glass of local red wine – what could be better?