Out riding by 9:30 – took the ‘back’ road again and under the advice of campsite host Nedzad took the first left instead of going straight. Up and over a small hill and ended up in the next little valley – passed yet another cemetary. 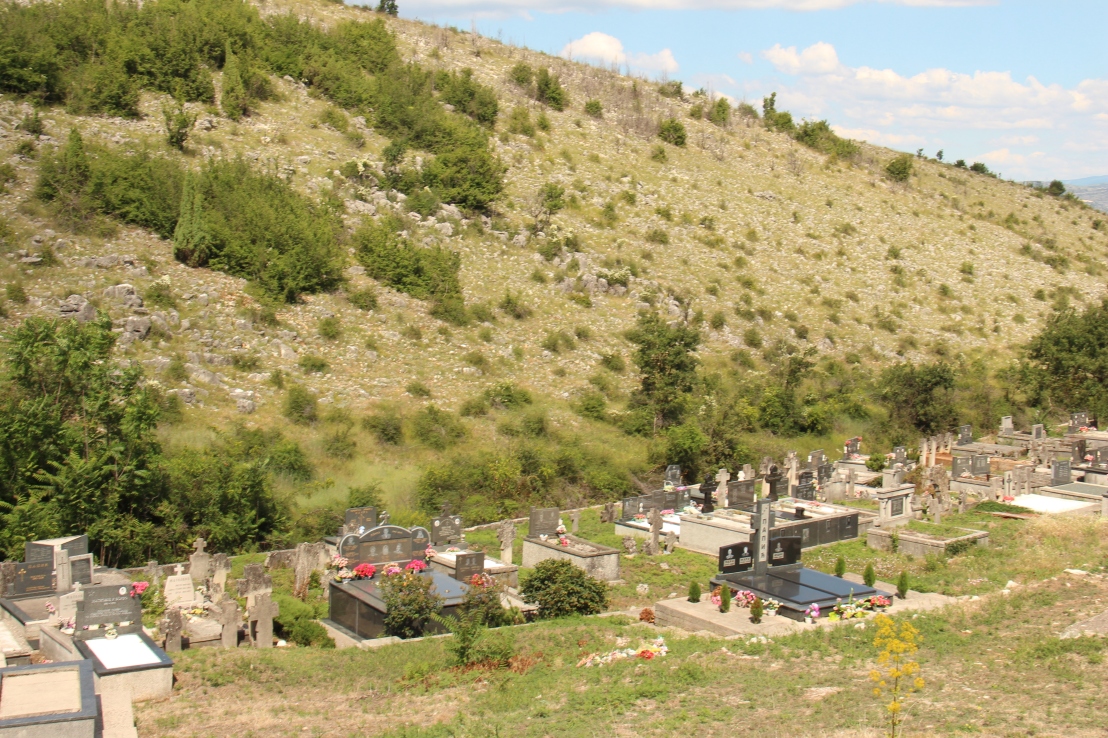 I wouldn’t say there’s a village in the valley – more like a bunch of farms, with sheep, gardens, fields, and a couple of cows.

The road ended after a few km, so turned back – had to stop for a couple of minutes while a herd of goats crossed the road. Motioned for two cars to slow down and beware of the goats – got a nice wave of thanks from one of them (a car, not a goat – ha ha).

Passed more burned/bombed houses – they are all over the place here.

Back to the campsite before it got too hot again. Fed little black and white kitty more bits of cheese, and was able to scratch and pet some more – saw it later eating some more crunchies from the bowl I’d filled again.

Some of Nedzad’s friends arrived to do ‘street art’ on site. There is an annual street art festival in Mostar. Boards were erected in three different areas and painting began. Another van arrived, this time with a Swiss couple.
Watched the artwork progress – Lynn and John came back from their guided tour of Mostar (said it was great). They kindly invited me to dinner, which John cooked – spaghetti with meatsauce and a very nice salad. Had a really nice chat. 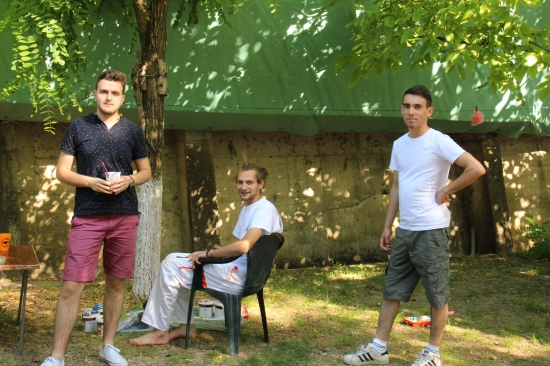 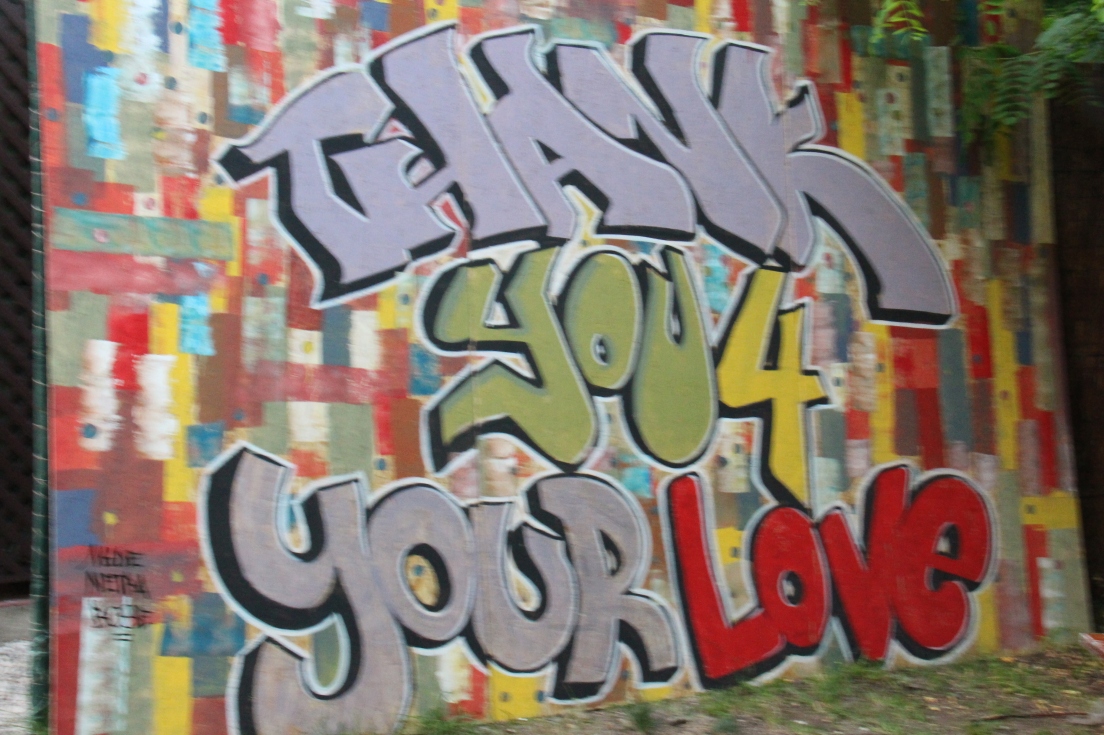 Artists left, but not before I got an email address to send my pics to – hope they like and can maybe use them somehow.

Quiet evening in the campground, but music playing elsewhere, even on a Sunday – although I must say it’s not actually very loud or at all bothersome.

I just found out some very sad news – cousin Gavin passed away over a week ago – only 53 year olds. So sad…rest in peace young cousin.