Really fierce wind storm during the night – wondered more than once if the tent was going to become airborne. No rain – at least that not that I noticed. Sandra came in the morning and told me that if it happened again, or any other kind of storm that I should go to the motorhome if I didn’t feel safe in the tent – they are so nice here!

The wind was still coming and going in very strong gusts, so didn’t plan on a long ride, but only across the bridge to the store – and feel lucky to be alive. I had just started across the span when I saw a car approaching towards me – no problem, I thought – no one coming behind me, so lots of room – it’s not a single-lane bridge, after all. Then suddenly a second car pulled out from behind the first and went to pass him. Don’t know if the stupid bitch even saw me, but I hit the brakes and lunged as far as I could onto the sidewalk, pulling my bike with me. The idiot who passed may, or may not even have seen me, but swerved back into her own lane right in front of the car she’d overtaken. I yelled ‘F***’ at the top of my lungs at her, and the overtaken car honked his horn at her – she likely didn’t even notice or care.

Heart palpitating I continued across the bridge to the store and stocked up on more veggies, as well as some kind of crackers and ‘mini Italian bruschetta with tomato and oregano’ in a bag.

Tried to load pic’s onto my blog for yesterday, but even with fairly good wi-fi here it repeatedly failed – seems wordpress wants everyone to upgrade so they seem to make it as difficult as possible for those of us that want a freebie blog site. The wi-fi at my Blagaj campsite was a bit better and I never had a problem there.

Ate picnic lunch inside my tent as it’s so windy outside. While I ate I read an article in the Guardian about a man whose wife died (of acute leukaemia) a week or so after giving birth to their daughter. I sat here with tears streaming down my face and just sobbing – it was an incredibly well-written piece – simple but so descriptive and moving. 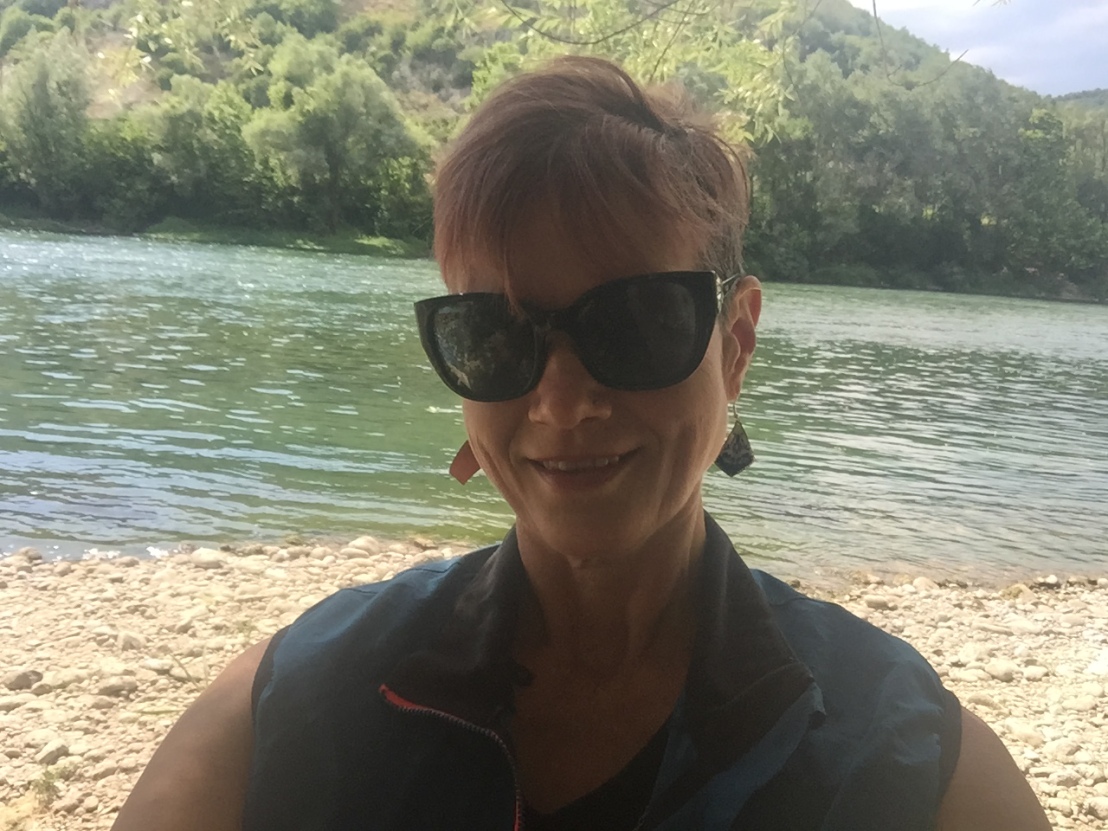 Colin confirmed that his house in England is empty 11 months of the year, and that I can use it during the summer as my base! That’s so awesome – it’s in Worcester, and if I can use it for the very last bit of July and most of August it will solve my dilemma of where to spend the last half of summer. Coming back to Croatia or Bosnia and Herzegovina is such a long way – the UK is so much closer and easier since I’ll be in France anyway. It’s an ideal situation for me – I can hardly believe it! 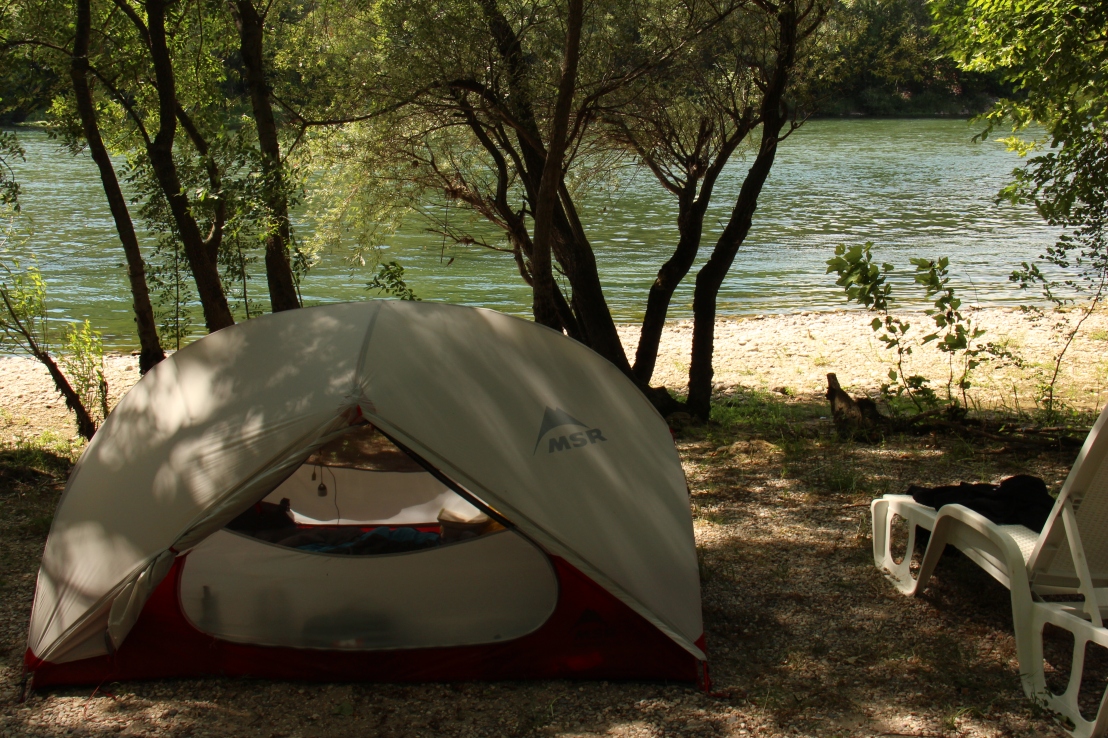 As I sit in the tent here in southern Bosnia and Herzegovina looking out at the Neretva river about 10 metres away I’m beginning to realize how fortunate I am. Many people have told me that I’m ‘brave’ to be on this journey, but I mostly have thought I’m a bit crazy. I’m not sure what I want or expect – some kind of revelation? I’m sure that doesn’t come from where you are physically, but mentally. Perhaps I haven’t arrived yet.