Packed up and hit the trail for Mostar around 10:45 – sad to say good-bye to Sandra and the owner.

The ride to Mostar wasn’t too bad until the last few miles when the small, quiet road became a big busy one. 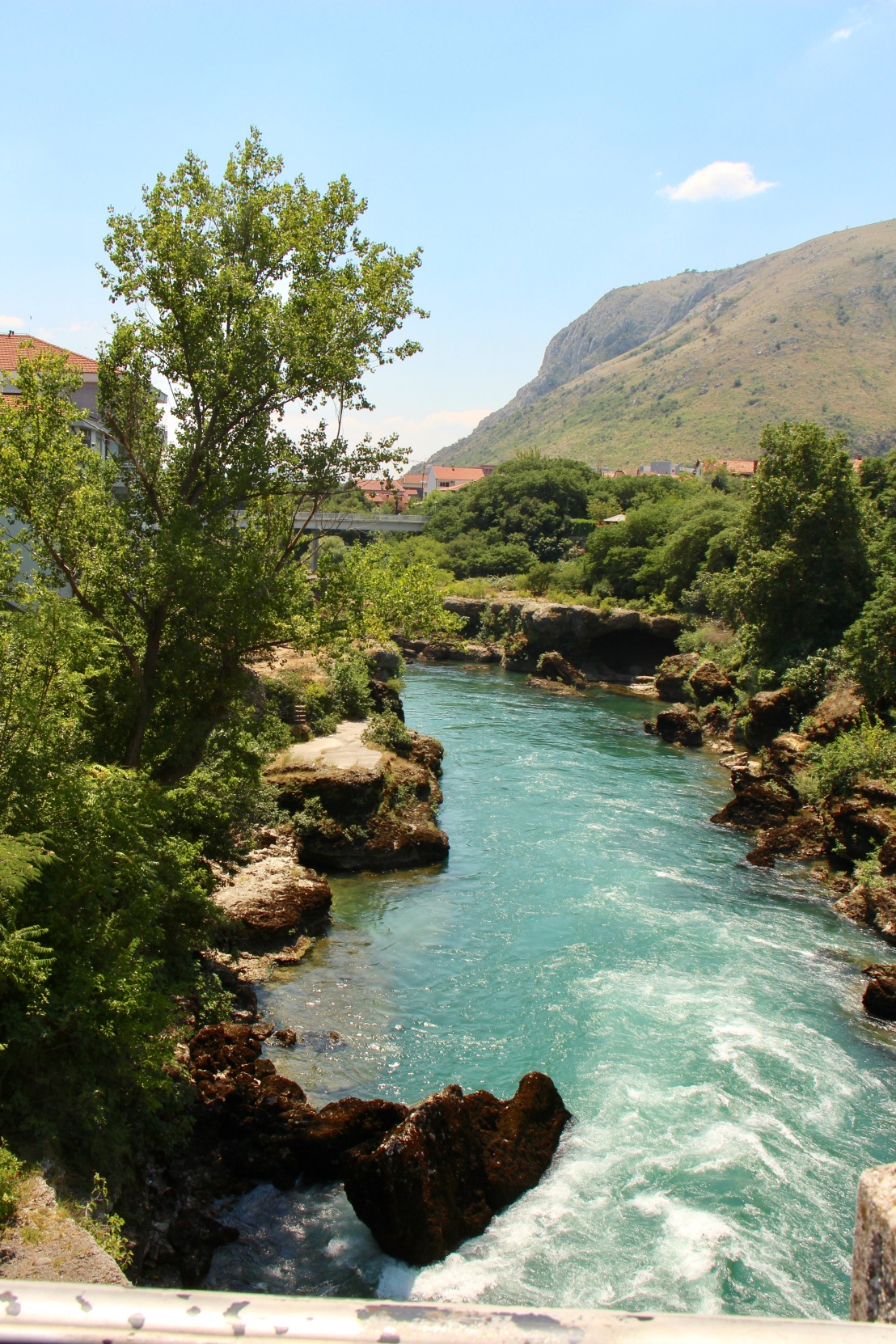 There’s only two trains a day to Sarajevo but the buses go every couple of hours. I was nervous about putting the bike on another bus, but the drivers could not have been nicer. They did everything for me and it only cost an extra $3.75 for the bike and all my bags. The drive to Sarajevo was awesome – really tall craggy mountains all along the Neretva river (at least most of the way was along the river). Very stunning scenery.

The bus station was a lot further from the campsite I’d chosen than I thought it was going to be so I took a cab instead of trying to ride with all my gear. It’s actually a house with a small yard in the back, but rather than pitching my tent I opted for a shared room – there’s no one else here right now so it’s actually a private room with bathroom and everything. The host (Mirza) is really nice and spent quite a while chatting with me and telling me all about the sites around here. We’re just a little way up a hill from the old town, so there are tons of places within walking distance, as well as a bike path that goes for miles.

The sundown fireworks just went off – taking that as my cue to shower the road dirt off and get to bed early. There’s a bit of a view of the city from the bedroom window, as well as the outside upper deck.