Despite how exhausted I was I slept pretty well. The storm had stopped, thank god – I think it’s the worst storm I’ve ever been in. Donkey was braying, dogs were barking – time to get up. They have 3 dogs here (at least that I’ve seen) – two of the smallest chihuahuas that I’ve ever seen – mother and baby, I think, both black with very large ears – and a golden lab that’s very gentle and wants all of the attention – he comes between me and the littles ones when I trying to pat them.

Took all of my gear out of the tent in the garage and set it to dry – hung two lines for wet clothes, did two ‘loads’ of laundry – hope it drys as it’s very cloudy out and my camping neighbours advised that there was another storm forecast for this afternoon. 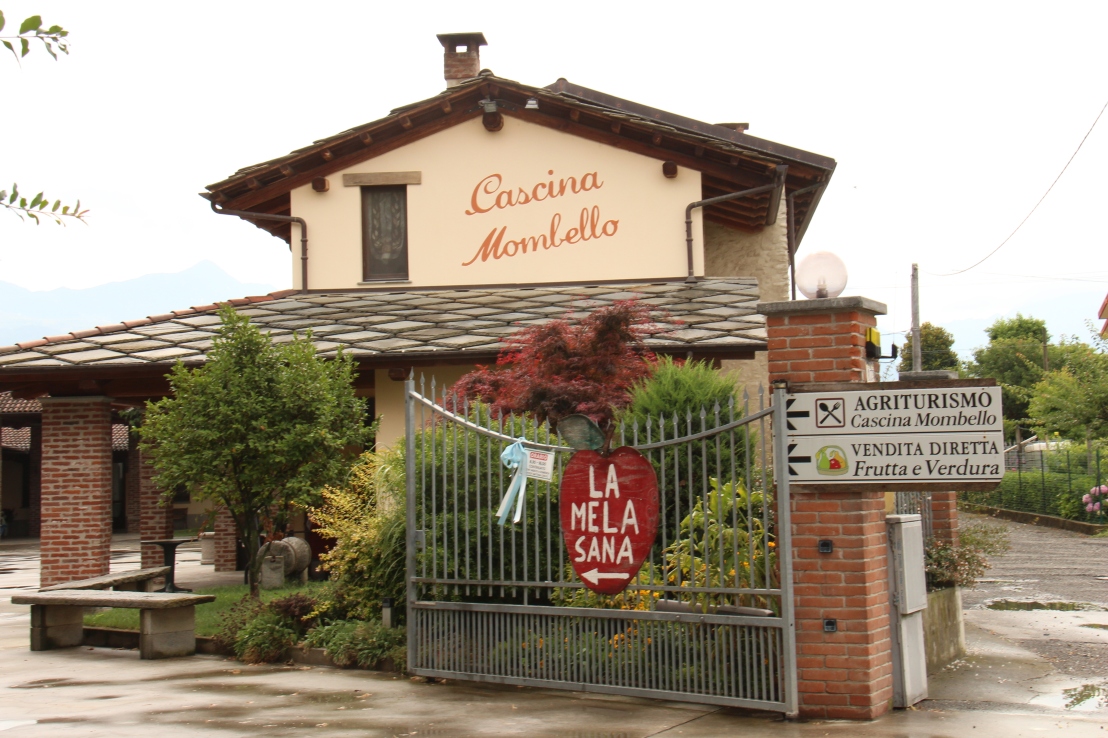 The neighbours are leaving today and I’m going to take their spot which is much better. They are Margot and Russell, living now in London but originally from Australia (I knew they didn’t have British accents!). They gave me a really nice cup of coffee (my first in about 3 years) while we chatted. Russell had a look at my bike and agreed with Lutz – something wrong with the front wheel, probably to do with the bearings. 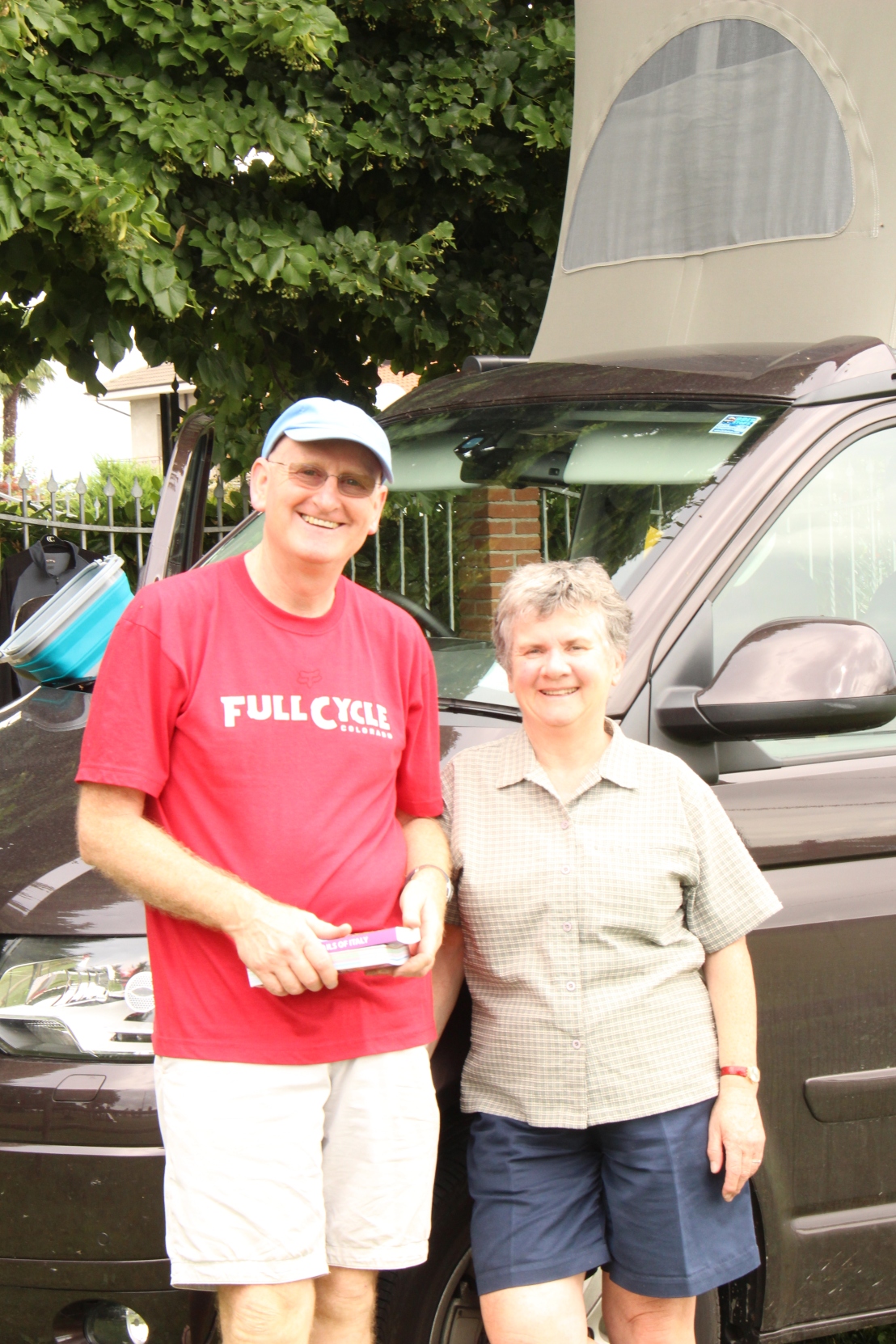 Putting dry feet and socks into my still-wet riding shoes wasn’t as bad as I thought it would be. The socks are doubled layered and kind of dry themselves from the inside – at least my feet weren’t freezing. Peddled into Cavour and asked directions to the bike shop (in Italian!) and was actually understood. Found the shop no problem – waited about 5 minutes then watched as the front tire was removed, and couple of things done, and voila – fixed. Took less than 5 minutes, and cost 3 euros. 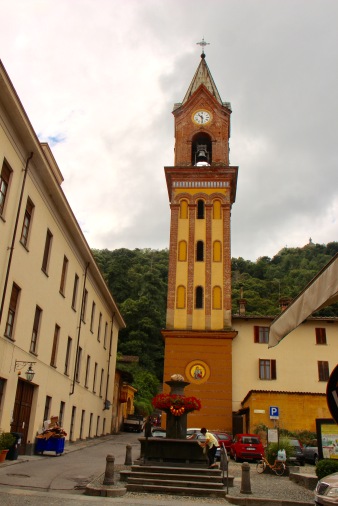 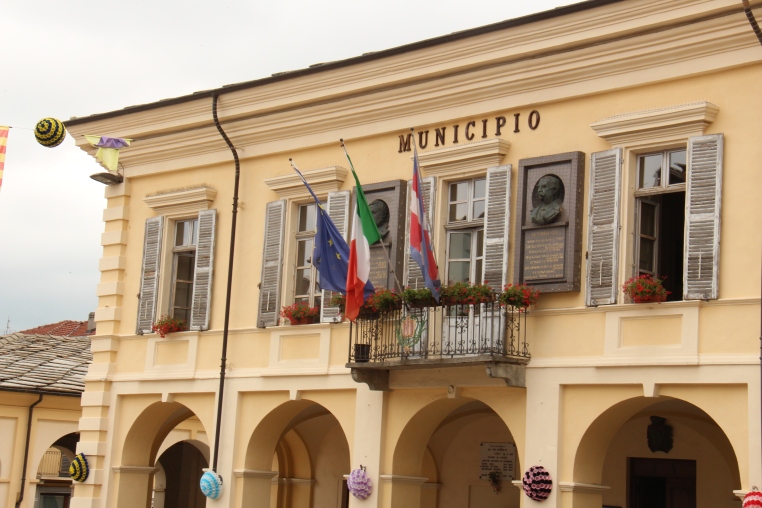 Came to a cafe with wi-fi, but they don’t have food and I’m starving. Had a cup of tea, though. Asked the waitress where a nice restaurant was, and kind of understood her instructions. Took the ‘scenic route’ to get there with a couple of wrong turns, but did find it as she had told me the name. Walked in and decided it looked too fancy – besides the sky was looking a bit threatening again and I needed to stop for food supplies on the way back to camp. It started raining lightly as I rode towards camp, but I really had to get some food. Stopped at a market I’d seen on the way into Cavour – it had just about everything. Stocked up on stuff, including a perfect looking avocado. By the time I exited the store the rain had stopped and the sky was mostly blue. Rode back and brought my tent and all the bags to the camping spot that Margo and Russell had been at. Set everything out to dry a bit more, then made my lunch. The first ‘real’ food I’ve had in days – a huge salad with mixed greens, cherry tomatoes, cucumber, cheese, ham, carrots and the avocado (that was perfect – sometimes you can’t tell for sure until you open it up).

Just as I started to eat I noticed the sky was very overcast again. I figured I better setup my site before the rain came and was that ever a good decision. By the time I’d thrown all my bags in and brought all the clothes off the lines it was starting to rain. Grabbed my lunch from the bench I’d been eating on and fled into the tent just as the real downpour started. Sorted the clothes into ‘almost dry’ and ‘needs more time’ piles at each end of the tent and ate my salad.

Rain just poured and even though it was just past 1 in the afternoon the lightening lit up the tent – thunder only seconds behind almost shaking the ground. I tried not to freak out again, although it took a bit of nerve. Hoped it would pass over quickly – for now I was snug and safe, with a full belly and a cup of local red wine – I think I’m ok!

The major part of the storm passed over in about an hour, then I hung my still wet clothes out to dry – just a moment later it started to rain again. This time it was lots of rain, and only a bit of far-off lightening and thunder. It finally cleared up again after another hour or so.

Took a bit of a walk thru the orchards – lots of rows of pears followed by rows of apples and ending in a field of corn. I’m sure they have more but not on the path I took today – will have to explore more in a day or two.

I got some new neighbours this afternoon – Angelika and Jochen from Germany. They invited me over for a glass of wine – did I say no?? It still amazes me that I have not met one single person over here that likes Donald Trump or any of his retarded ideas or policies. They are all as amazed as I that not only did he get elected, but hardly any Republicans have said anything against his insane ideas or ramblings. It is just crazy.

Went to the Agritourismo next door and had dinner with Angelika and Jochen – they are so nice. We talked about so many things, and also the food was absolutely delicious – probably the best I’ve had so far. They grow most of their own food, or get it from neighbours – and it’s all organic! Started out with appies of cheese with some kind of cured meat and bread on one plate, and three veggie things on another, then went into the dining room for steak tartare with parmesan cheese, and chicken pate with blueberry sauce and excellent bread, as well as marinaded zucchini and two other things I wasn’t sure of but were also tasty. The main course was risotto with blueberries and was so good – it wasn’t actually sweet and I just loved it, and Angelika asked the cook for the recipe. Jochen had some grappa after dinner and I had a sip – hard stuff! It was such a nice dinner, and Jochen ended up paying for it all – don’t even know what the total was. I got their phone, address and email number and they said they would love for me to come visit them in Germany – maybe I will!