Very special day – the Tour de France starts today! Oh – yes – also it’s Canada’s 150th Birthday! Although I must say that with many things over here being several hundred (if not thousands) of years old, 150 doesn’t really seem like that much.

Was awake at 6:30 – might as well get up as the menagerie is also awake, and plus it’s a beautiful looking day out – all blue sky except for one fluffy white cloud over one of the northern mountains. Big dog came for a visit while I was doing yoga – got a few dirty footprints on my yoga mat, but didn’t have the heart to shoo him away.

Got on my way into town by 9:15 – went, of course, to my usual cafe by the fountain. It seems to have two names – Caffe Vergnano 1882, and Caffe della Fontana – it is right by the fountain, and on Via Fontana, so not sure which is correct, except that the wi-fi does come up under Fontana.

The propane/butane fuel I got in Bevagna finally ran out, so tried to get some more – bit of a frustrating experience. The fellow at the cafe had a map and marked where we were and where the store was that I could get another canister at – but nope – they didn’t have it. Rode around and asked at least 5 more folks, including at the market, and they all told me to go to the same place that doesn’t have it. Finally gave up and just started riding west. 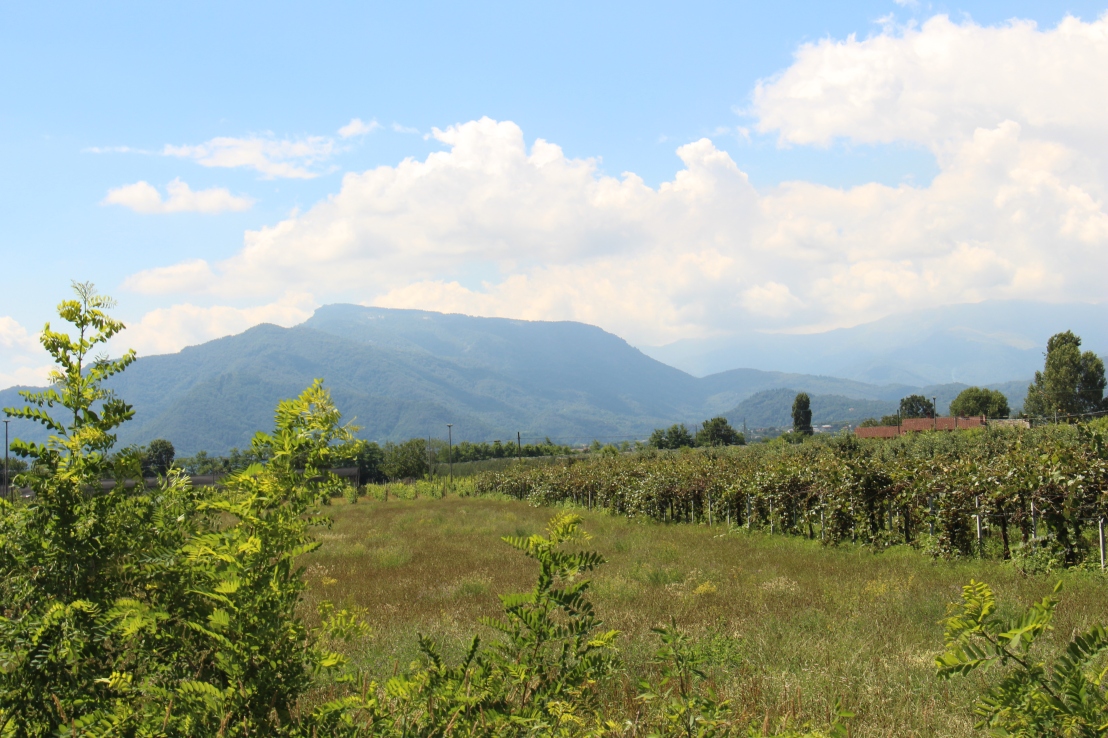 Took the road to Bibiana – nice quiet road with hardly any traffic. The town is smaller than Cavour, and also didn’t seem to have any store that sold canister fuel. Passed an interesting looking cyclepath (no cars) that went both north and south from the road I was on – was going to follow it but clouds had gathered overhead and suddenly looked threatening. Decided to head back to the cafe rather than going on a longer ride – plus I’m fairly tired and a bit sore from the last couple of days riding. I know that 40 km a day isn’t much, but for ‘little ole me’ it’s quite a bit!

Back at the cafe for another cup of tea, and to eat the lunch I’d brought – facetimed Dom, even though it was only 4 in the morning at home.

Headed back to campground – doggies all waiting. Walked next door to the place I had dinner at with the Germans the other night. Took a bit of a tour around their orchards and gardens – they grow kiwis here! 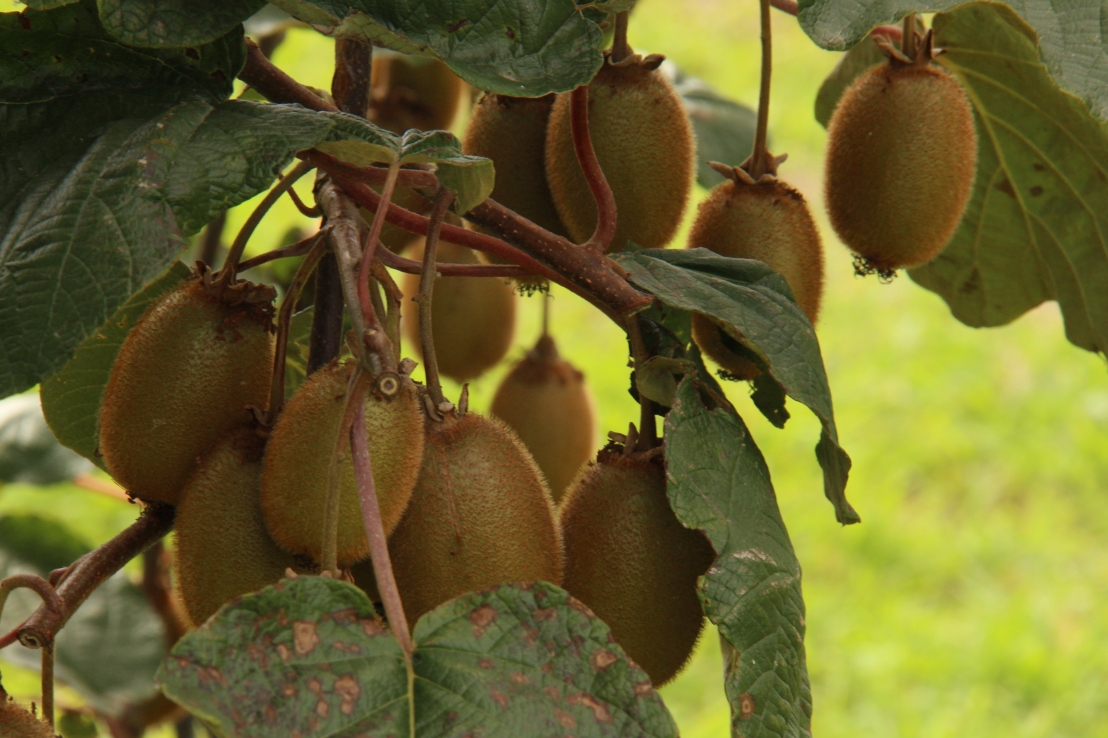 All of the dogs are now my good friends. Even little one lies down on my ground cover and tries to eat my food. Mama Maya likes cheese, and little Preeta loves tuna. 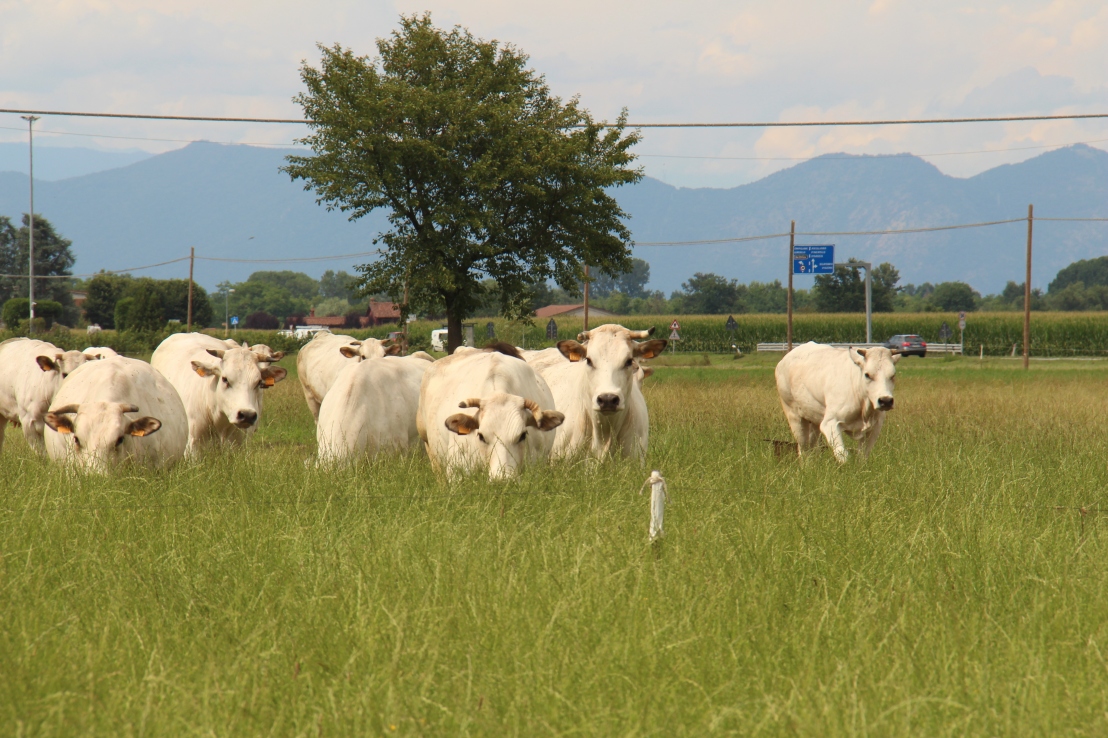 Walked next door again because there were so many cars going there – wondered if there was a wedding or some other kind of party happening. No – just a regular Saturday night. Sat down at an outside table – hooked up to the internet and waited about an hour for my tea – a nice herbal selection. Can hear some music from somewhere – maybe a bar or something a mile or two away. 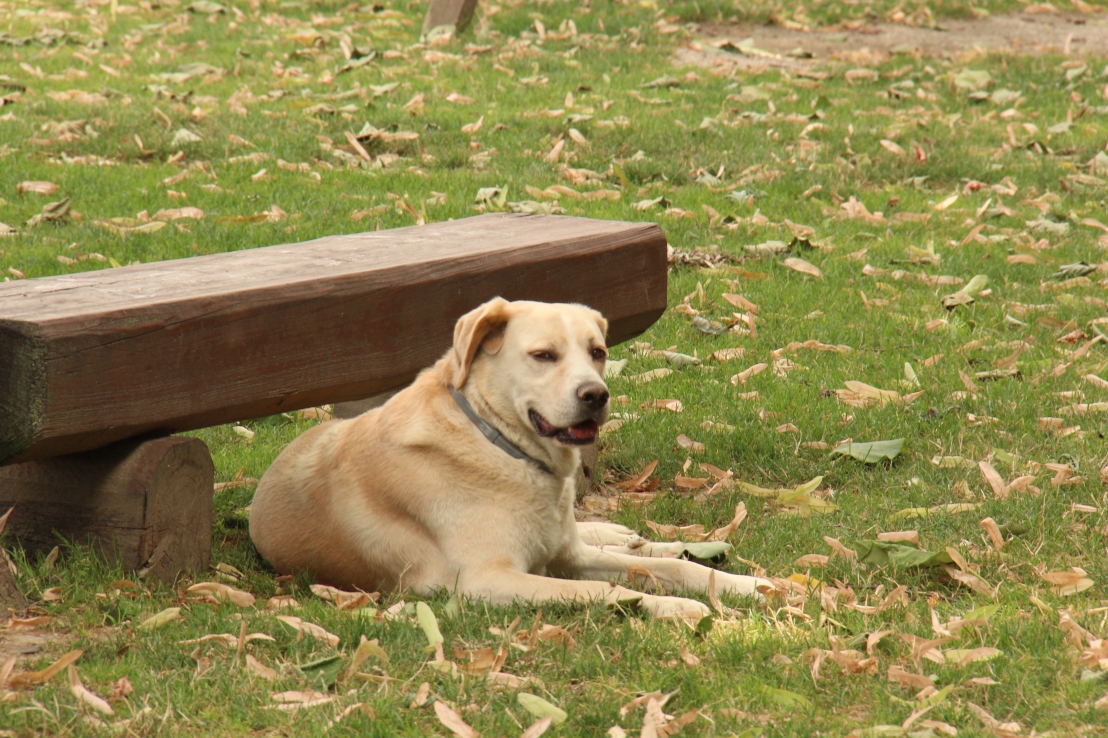