Once again had a very efficient tent tear-down and pack-up, followed by a leisurely breakfast – out of camp by 9:30. Initially headed northeast to Digne Les Bains, where we turned west to Sisteron.

Passed more than one place with ‘les bains’ in it’s name – apparently they have some really great hotsprings in the area. And there’s also a long part of the road that has big trees on both sides – this was the route that Napolean took when he escaped from Elba, and he later had the trees planted so that when his army marched through the area they would be in shade – how considerate of him!

Went west at Sisteron – now in lavender growing country, where both the vistas and the aromas are lovely. Some of the houses have lavender-coloured shutters – it’s a very picturesque area. Turned south just past Montbrun-les-bains toward Sault.

Were supposed to turn west right when we approached Sault, but the bend was way too sharp for the campervan. It was market-day in the town and the traffic – both vehicles and pedestrians – was crazy. We ended up going thru the town and the GPS tried to get us back on the right road but we ended up on a dirt road leading nowhere fast. 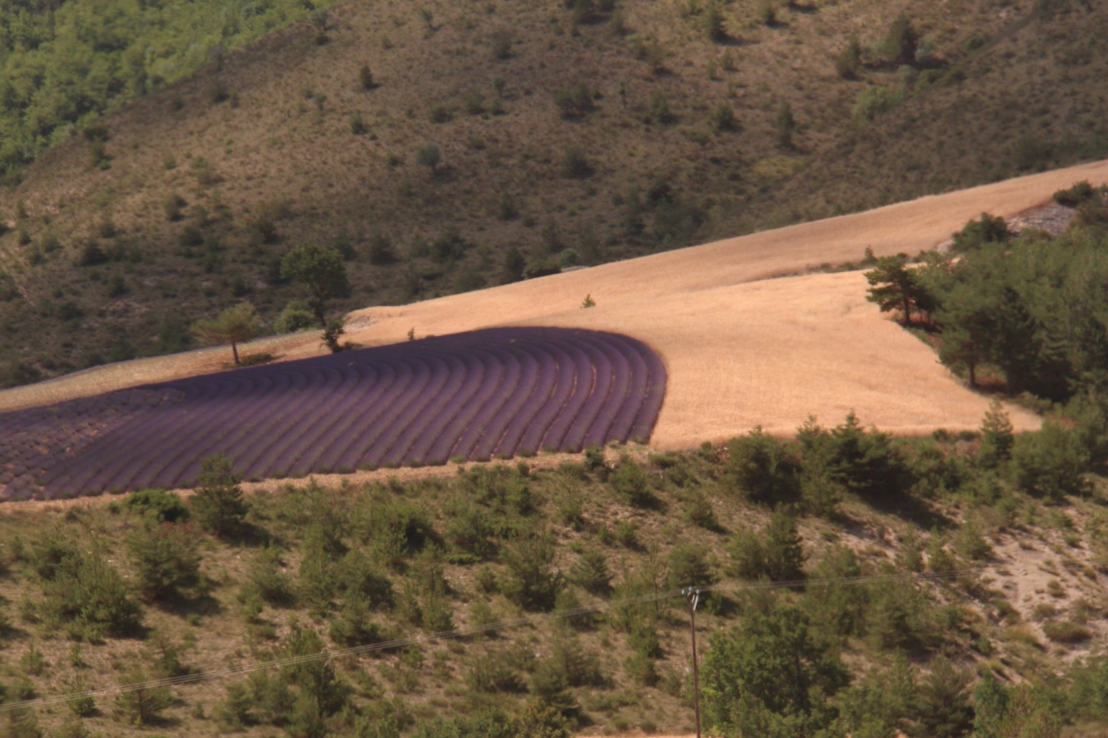 Turned around and made our own way – GPS was unhappy with every turn we made (or didn’t make) and we ended up on the ‘Gorges la Nesque’ road. It was gorgeous and very impressive, but I’m sure glad it was Colin driving and not me. There were very short rock tunnels with very low clearances – I thought at times we were in danger of taking the top of the campervan off, but Colin had nerves of steel and we made it in one piece. Had to turn GPS off for a bit as all it was doing was beeping warnings – as if we couldn’t see the low tunnels or extremely dangerous drop-offs. Lots of cyclists going up and down – it seems to be quite a local attraction.

Got to the campsite in Bedoin before 2 – had last night’s leftover pasta for lunch before setting up the tent. Noticed that one of the tent poles is a little cracked at one end – really hope it doesn’t break off as the whole structure would be put out of whack – all of the poles are hooked together with elastic inside and if one’s out they’re all out.

It’s very hot – the campsite we’re at is very basic and doesn’t have any amenities, although there’s a pool right next door that you have to pay to use.

After dinner of stuffed chicken burgers we took the dogs down to the night market. It wasn’t very large but at least most of the stuff looked local and hand-made rather than plastic junk from China. Some really nice jewelry and paintings.

Saw some plaques on the wall of a building on the road to Mont Venteux, including one commemorating Colin’s friend Tom Simpson, whose memorial ride is the event we’re here to see. 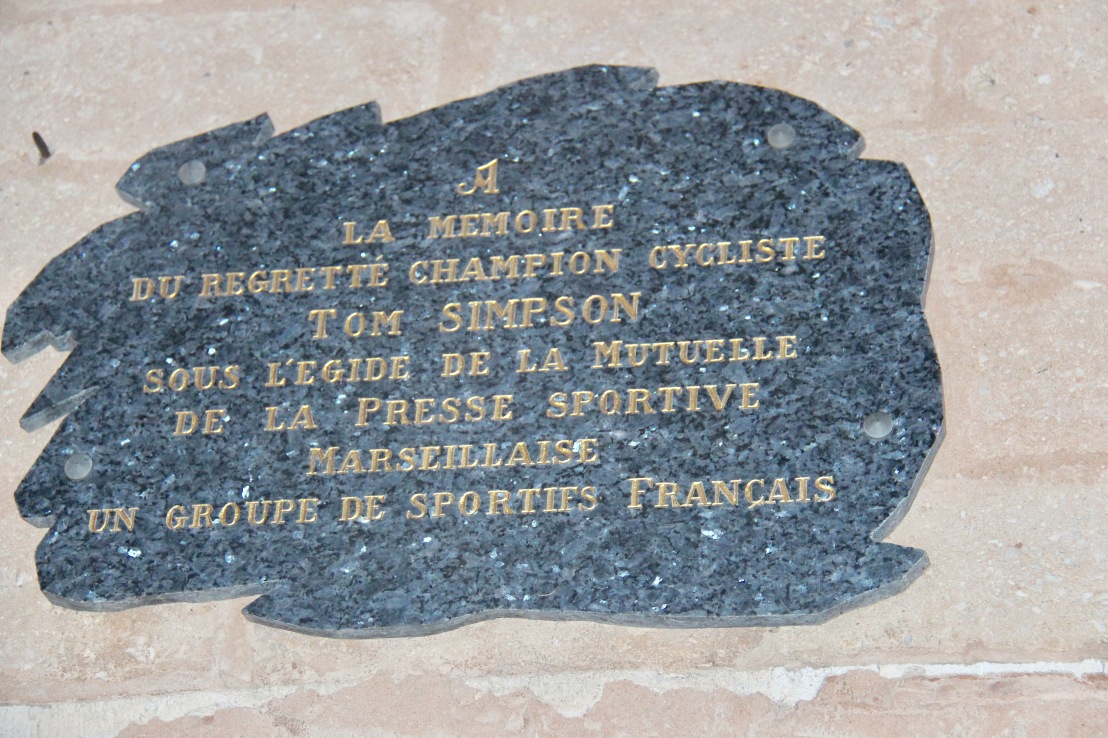 Had a glass of wine at a street-side cafe, then a leisurely walk home to camp. Passed a ‘lavage’ that Colin told me used to be where all of the village women came to do their laundry. There were large depressions where the clothes were pressed down against the rock sides – quite interesting. There were rinsing pools and everything – I guess the women would have a good gossip while scrubbing away.