Got up to see mist on the lake – very cool night and everything covered with condensation. Had a nice shower, then did yoga as the sun rose over the Alp in the northeast. The campground was so quiet – all I could hear was the birds and the river/creek.

After a late breakfast took a ride to see the rest of the campground, etc. The campground is large with a creek flowing through the middle. There are lots of activity areas – a bunch of teenagers were playing freezbie in a large field – there seemed to be at least a couple of large groups together.

I saw what looked like a path up to a road, so headed for it – sure enough it was a path – maybe cars went on it, but looked more like a walking/cycle path to me. I followed it for a short bit, then when there was a cross-path that went left back towards the village of Valbonnaiss I took it.

Rode to the village, then west to the end and back east again – there might have been a market somewhere, but all I saw that was open was a couple of hotel bars and cafes.

I did check out a map at a square that showed lots of local paths and trails so I followed a couple without getting too far into the mountains or away from the campground. 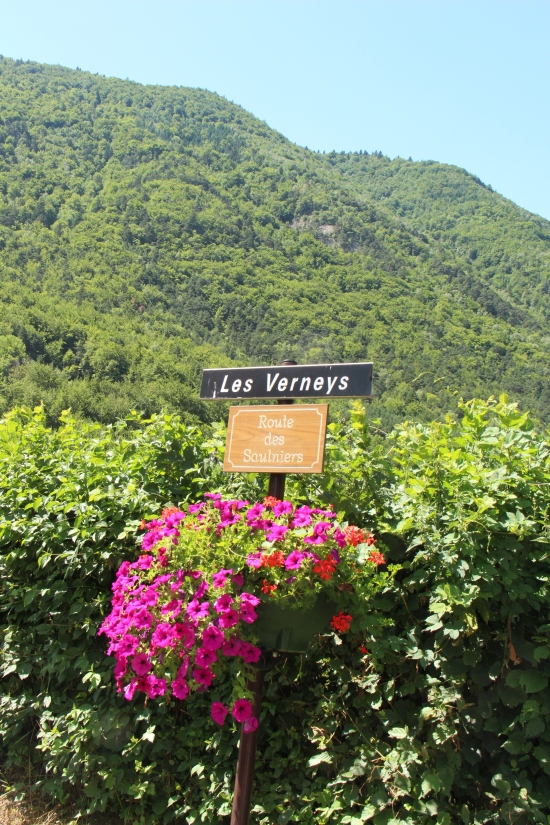 The Tour didn’t start until mid-afternoon – short but hard day of climbing. Quintana and Contador both picked up time on Froome, but probably not enough.

Had mashed potatoes and lamb chops for dinner – not bad eating for campers! I must say there have been very few times I haven’t loved the food everywhere I’ve been.