Watched another brilliant sunrise as I did yoga – mist rising off the lake, only birds and water sounds to listen to – how lovely!

There was a mini-market at the campground this morning – four or five tables with jewelry, olives and cheeses, jams, etc – don’t even have to go into the village.

Didn’t get riding until almost noon, despite the early start to the day. Went along the river on the path near the campground thinking it would follow the river and end up at the highway a few miles down, but all it did was go around the small lake and ended up where I started. 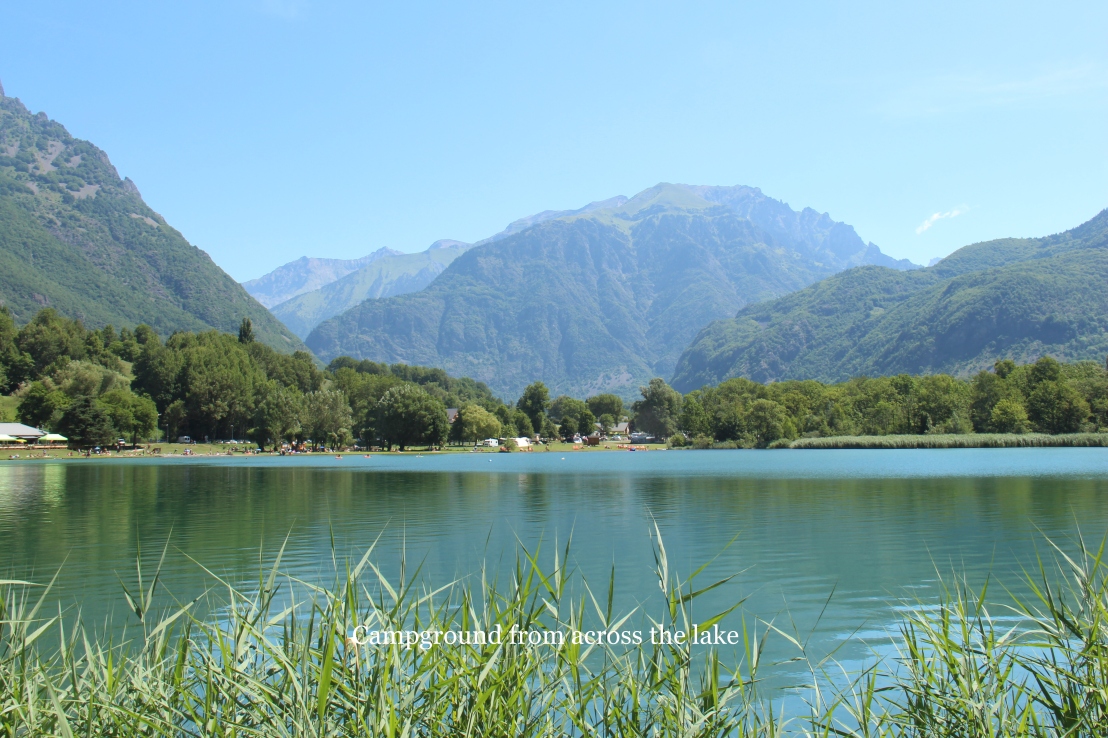 Rode across the bridge and up and down the other side of the river – saw some sheep (mostly sleeping or eating) and went up to the village on the hill again. 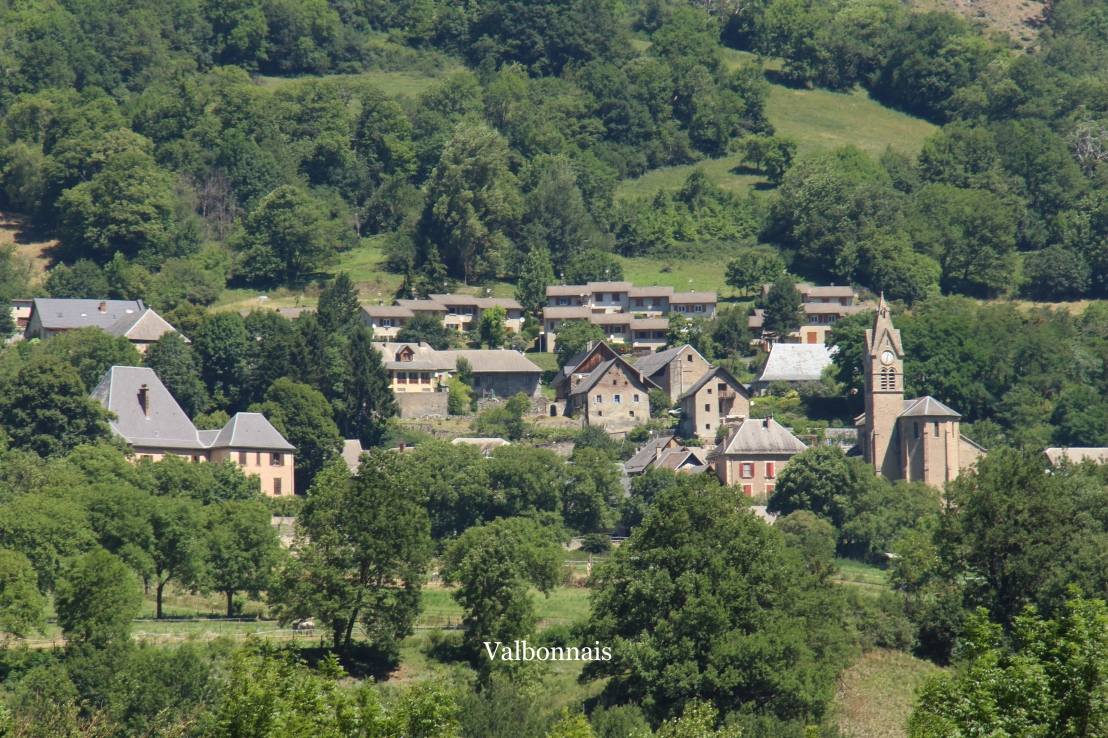 Got back to the campground and watched a bit of the Tour, then went down to the lake – might as well take advantage of what we’re paying for (or at least that Colin’s paying for!). It was really nice – most of the time. Lots of people swimming, paddle-boarding, kite-flying – all sorts of activities happening. Only a few very irritating kids that had to scream all the time, but most were really good. 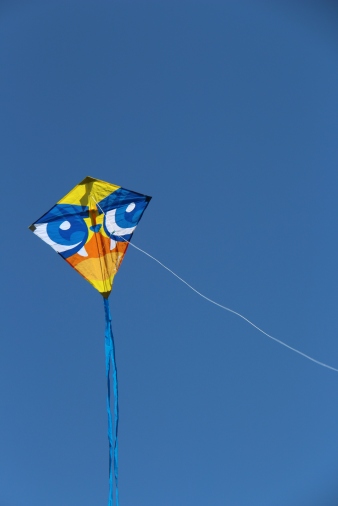 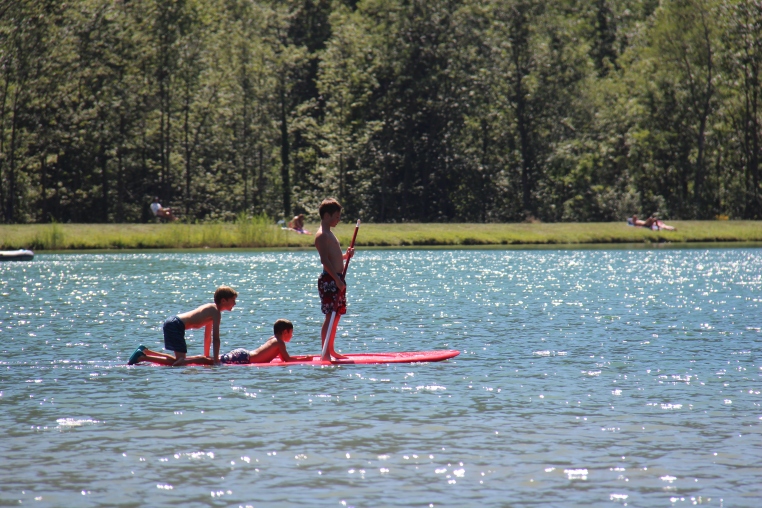 Had a really nice swim and a little sunbathing, then watched the end of today’s Tour stage. Froome still in the lead, but he had to work very hard for it.

Face-timed Dom – let him know I might be out of touch for a few days after tonight, depending on where we end up tomorrow and if we have wi-fi or not.

Colin had bought some sheep’s cheese at the ‘camp market’ this morning – was it ever good. I wonder if it came from some of the sheep I saw on my ride.