Got up fairly early, considering how late I’d been up last night. Had a wonderful, hot shower, then set out to get some groceries to see me thru until I can go to the market on Saturday.

Had a good breakfast, then a neighbour came over and introduced herself (and her adorable grandson) – Jane and Harrison. Colin’s next-door-neighbour, Lynn, is the one that minds the place for him when he’s gone, and Jane is next to her. Since Lynn is away until Friday she got ahold of Jane to check and see if I needed anything – Colin sure has nice, caring neighbours!

I told her I was ok for now, and she said she was walking down to town for an appointment in the afternoon and asked if I wanted to go with her – of course I said yes, hoping to find a place that has wi-fi (although Jane did tell me I could come to her place anytime to use theirs). Did yoga for the first time in about a week – I feel very stiff and sore from the rides Neil took me on in Mansle.

The walk was almost all downhill, and at least a couple of miles or more. Jane took me to an ASDA store where she thought I could get free wi-fi in their cafe upstairs. Said goodbye to her and Harrison (who had actually been sleeping in his stroller almost as soon as we had started walking) as they continued on to her appointment. Went into the store and got some saline solution, then headed upstairs to the cafe. Unfortunately you need a cell phone to get their wi-fi code, as the login page automatically calls the cell once you enter your number and phones you with the code – no way to get it with just an ipad. 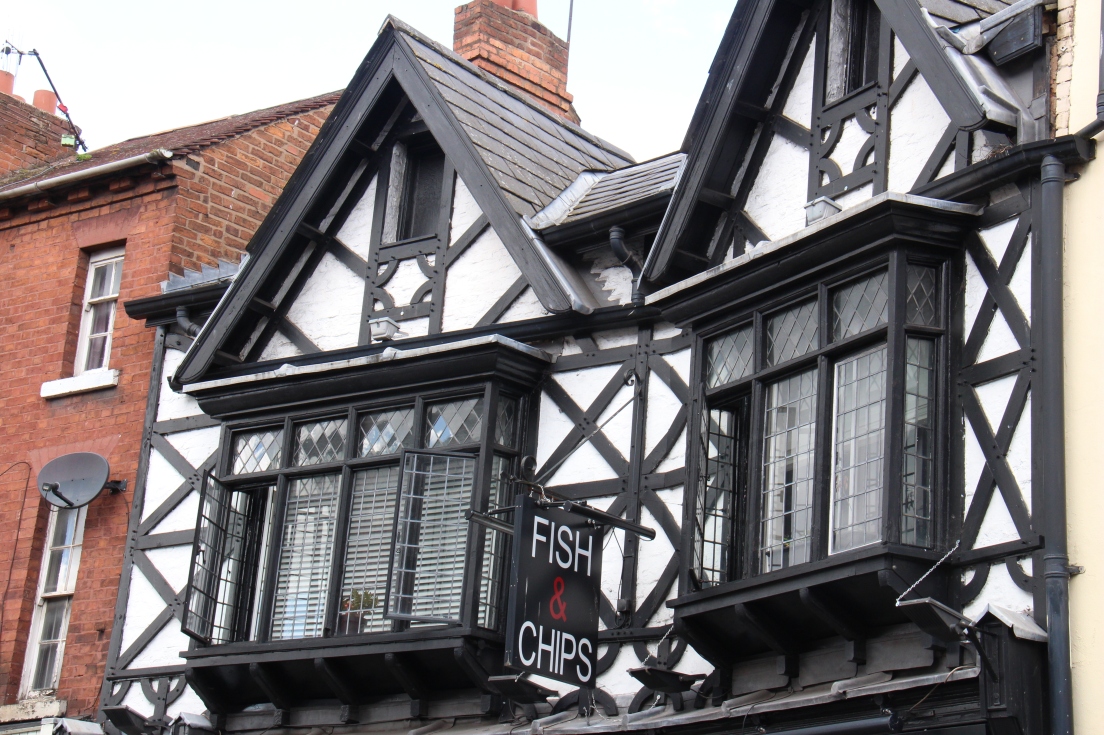 Walked back home and only took one very small wrong turn, which I realized right away and back-tracked to the correct road. Passed a house with hundreds of gnomes and other little statues that took up the whole front yard – it was hilarious – a veritable gnome-city. 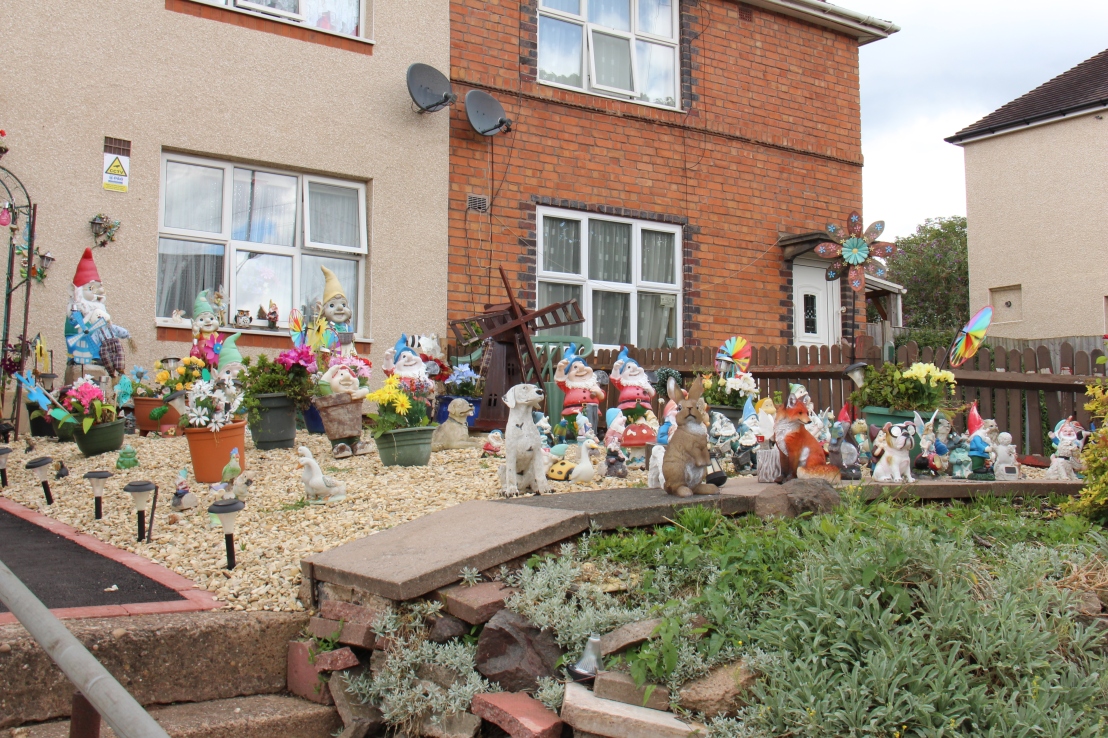 Back at the house I tried to get thru the gate to the back door, but the large gate key wouldn’t turn from the outside, although it had worked from the inside – again a key problem! I’d left via the front door since June was there waiting with Harrison, and it locks automatically so I hadn’t had to use the gate key when leaving. Not to worry – I climbed on top of the recycling bin that was next to the 6 ft high gate and didn’t even have to hop over – just leaned way down and inserted the key from the inside of the gate.

Discovered a nice big blister on my left heel – I guess I’ve never walked so far in my bike shoes before. Heated up my leftover fish and chips for a late lunch, then picked a book to read, and listened to some of Colin’s cassette tapes. Considered eating outside in the beautiful back courtyard, but it was kind of cloudy and blustery so stayed inside.

Checked out the garage that Colin keeps the bike in that I’m going to ride – I will need help to get it out as his mini is in the way. Young Neil didn’t end up coming over after work – I assume he worked late or something, but that’s ok since all I really need is help with the bike, and how to turn the heat on if it gets any colder.