Guess what – rain again! Every time I woke up during the night it was raining – it finally let up mid-morning, but skies are still totally overcast.

Put a load of laundry in while I did yoga, then read some news online. The orange-haired idiot is threatening to start a war to prove that he’s the greatest leader the world has ever seen – why doesn’t someone in his family or one of the few ‘sane’ Republicans sit him down and give him a chill-pill or something? He needs to stop snorting the white stuff in the middle of the night – he’s getting more and more paranoid and narcissistic by the day. Or maybe they should hide him somewhere and get Alec Baldwin to take over the job.

Young Neil came over to deliver a bunch of mail for Colin – another friend, Michelle, is going to France on Friday and will take it with her. He kindly asked if I needed anything, but I’m doing really well here.

Went to retrieve my laundry from the machine to hang it on the heat registers to dry but couldn’t get the door open – had I broken yet another thing of Colin’s? And what is it about me and doors and locks? I wondered if I was going to have to call someone before I broke the handle off or something (but don’t worry, Colin!)- I finally wiggled it a bit the right way and it popped open. What a relief – all of my socks and undies were in there, as well as three of the four tops I brought with me.

Dom had asked a couple of days ago if Worcester is built on a grid system – I’m not sure about the city centre, but this area certainly isn’t. If it’s supposed to be a grid then either the surveyors were drunk, or they simply followed a goat path – maybe drunk goats! A good thing is that none of the streets around here are a short-cut to anywhere, and many end in ‘courts’ with no vehicle exit, so there’s only local traffic to contend with.

The only time I went out was a walk to the store, so had a really quiet day. Beautiful golden sunset. 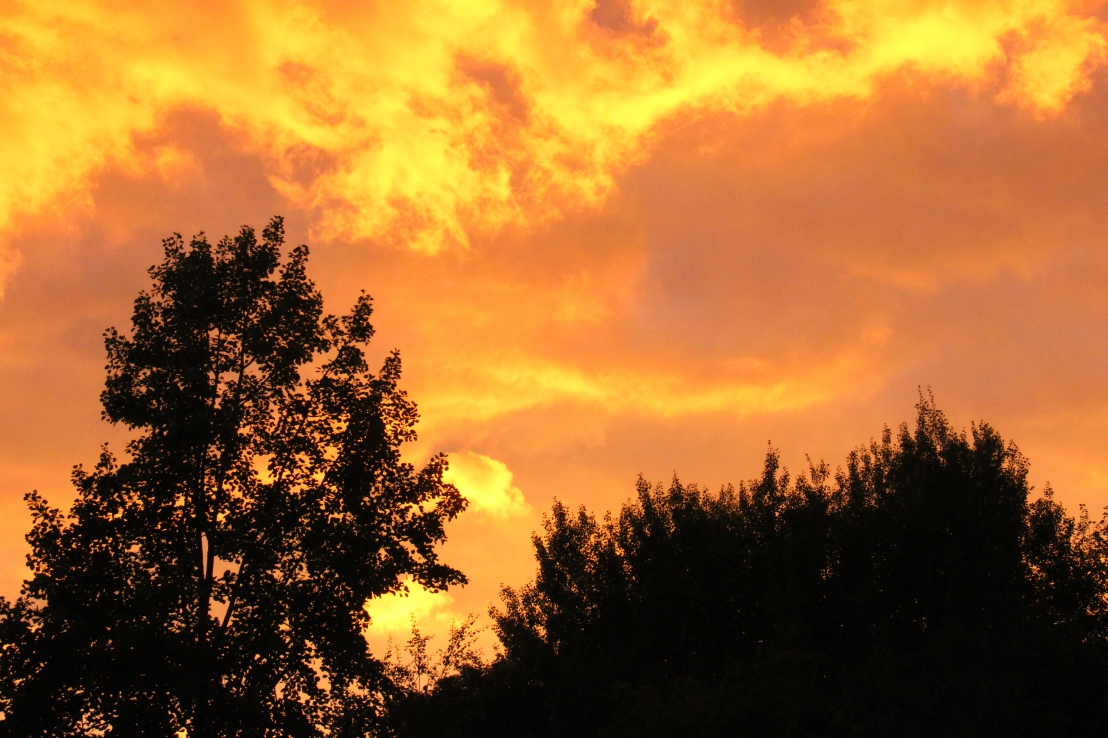