Put on a load of laundry just after 10:00 so all my clothes would be clean for tomorrow, then Colin took me along on a scenic drive to deliver some welding equipment to a friend. She and her husband live in a beautiful house right on the river, and have four cute little dogs – I thought she was calling the smallest one ‘Kitty’, which I thought was pretty funny, but Colin informed me that it was actually ‘Kissy’ – still very cute. 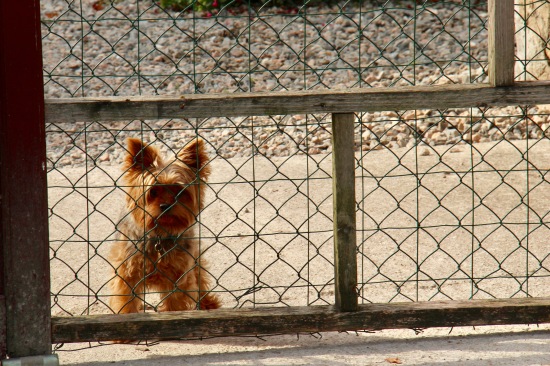 We stopped at the lovely town of Aigre to have a cup of tea (for me) and coffee (for Colin), then picked up some more veggies from the mini market just around the corner.

The vendor that Colin knows that was at the Mansle market a few weeks ago was there.

Went home via the town of Tusson, where there was a large convent, only part of which still exists. Took my version of a selfie when I took a photo of the placque covered with glass that describes the place – a reflection of me is there.

Had a nice lunch, then relaxed a bit before going down to the pub for a drink. Came back for an excellent lamb-chop dinner with roast potatoes, carrots and green beans and watched the highlights of today’s Vuelta – Froome is not only still in the lead, but won the stage as well. I really hope he’s not using the Russian drug – I’m starting to like him and would be very disappointed if it turned out he was a drug cheat. Michael Woods of Canada came third on the day and is now 8th overall – yay!!

Watched highlights of the cricket test match between England and the West Indies – still kind of confusing, even though I watched a couple of seasons of IPL when I was at home.