We’re back in a land of church bells – no less than four separate bongings to tell us it was 8:00. I don’t think the village across the road is large enough for four churches, so maybe it was two churches ringing twice each – all at slight intervals. And the last one – at about 8:04 had five sets of 3 bongs – not sure what the count of 15 was about.

Had a nice hot shower then did yoga under an olive tree with the sun shining thru. Ate a leisurely breakfast, did dishes, then started out on our walk to the village under the red stone formations.

It was only about 4 km altogether, but the walk took us over an hour – it was downhill to the river, then across a bridge and mostly up from there. We climbed so high that we were looking down across the river to the campground as well as the village that’s across the road and up the hill from it.

The ‘Mallos de Rigos’ were even more impressive up close – although I must say I actually wouldn’t want to live there. At least there was a restaurant in the village of Rigos once you got up the climb – we had a small pizza, one cup of tea, one cup of coffee and a small beer – 18 euros (!). There are vultures around the peaks of the Mallos – they soar effortlessly on the uprising currents. 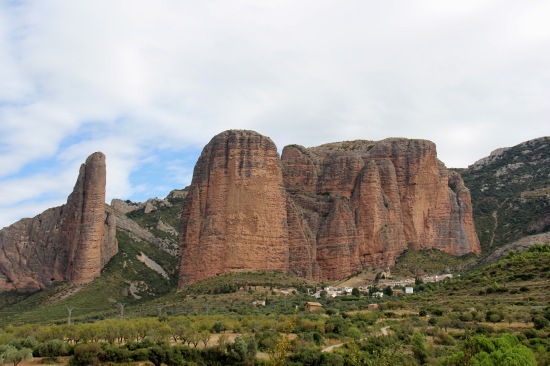 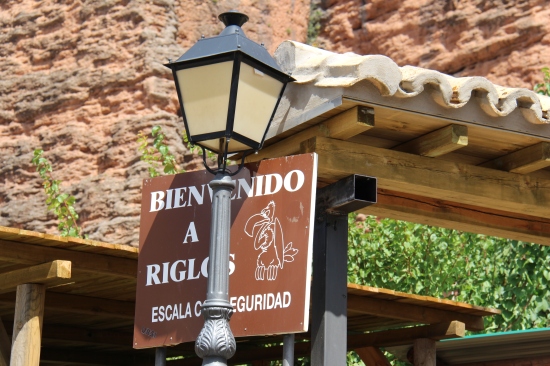 The walk back was much less taxing than the walk up had been – it actually looked much steeper going down than it had coming up. Stopped at the restaurant before the campground and had a nice cold bottle of water, then went up and did a bit of laundry.

Changed into my swimsuit and went down to the pool for a swim – it was very refreshing and not crowded. Awesome to float on my back and look up at the red rocks. 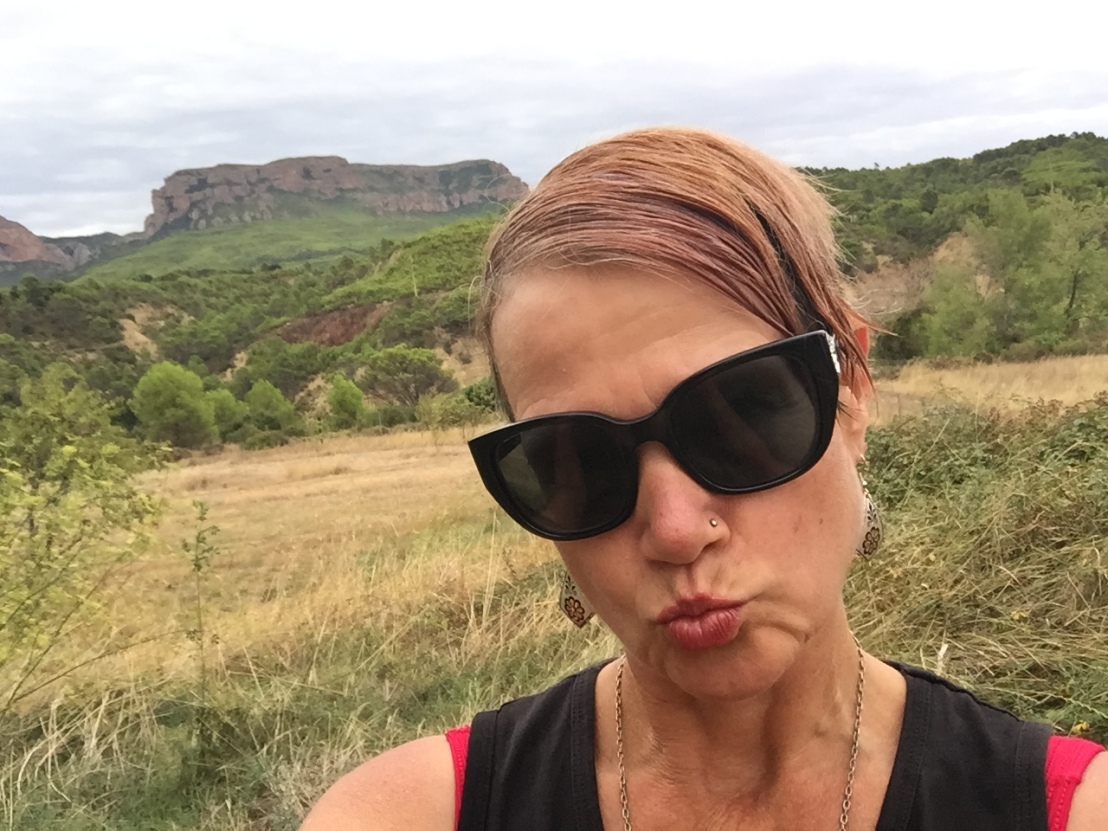 Joined Colin at the restaurant for a nice glass of wine before I went up to check how my laundry was drying. It was dry enough to get changed back into the shorts I’d washed, so I took the doggies back down with me to the restaurant – they’d begged me not to leave them – I couldn’t help it! 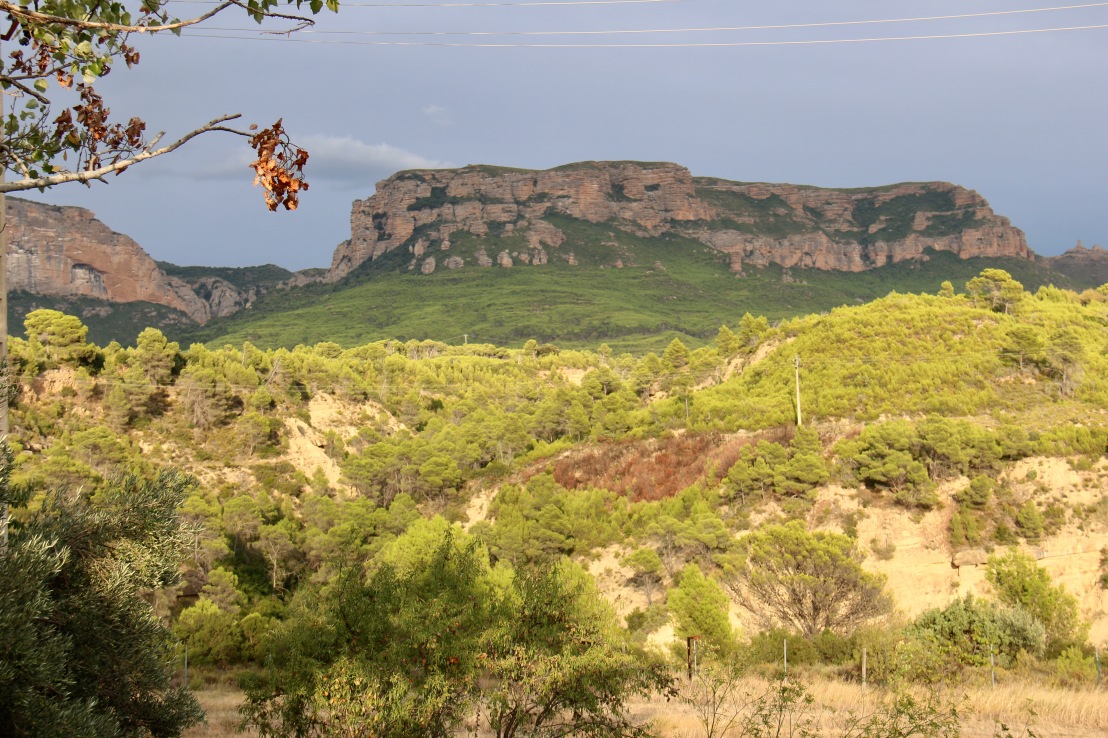 Came back to the campervan for a light dinner, then back to the restaurant for another glass of wine and more free wi-fi.