Went out in the mini around 10:00 – first stop was southwest to young Neil’s place across the river, near the U of Worcester St. John’s campus. Next we drove thru the fairly posh neighbourhood of Hallow then north to eventually arrive at Bromsgrove. Colin went in to a store and bought some different curtains for the salon – he had returned the other ones to the store he bought them from last week. 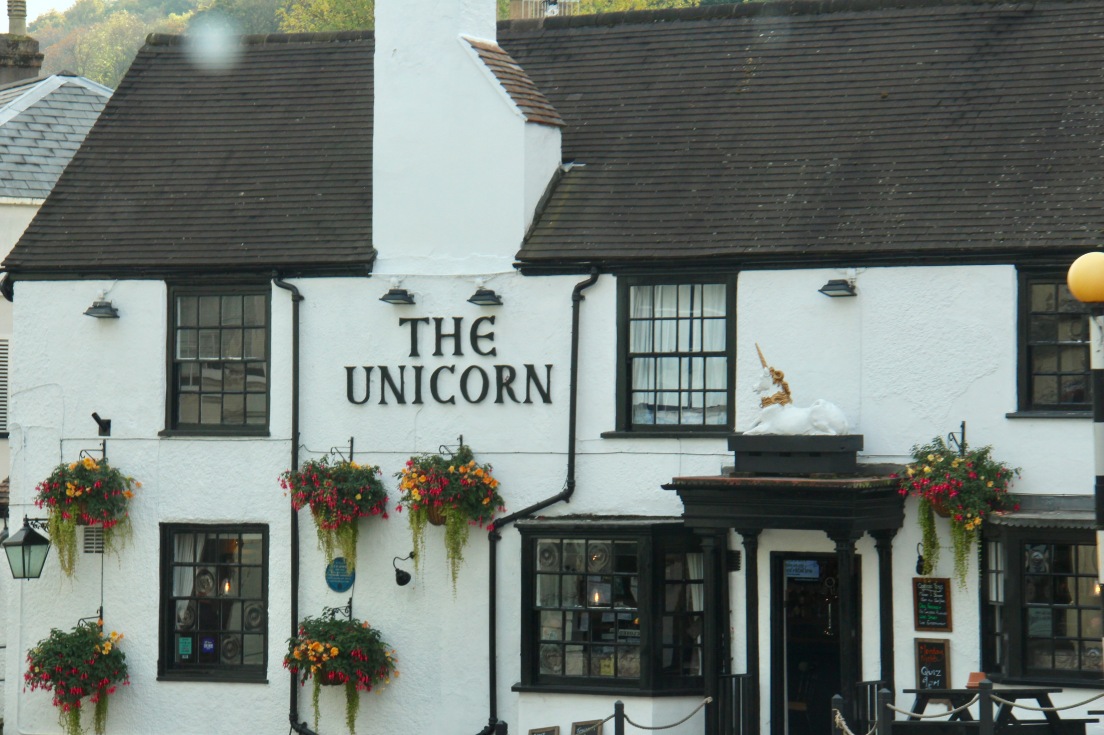 When we got home we walked up to the pub for Sunday lunch – we both had the roast beef and it was pretty good.

Went for another drive in the afternoon so Colin could get himself a jacket near Malvern, then continued right into the town of Malvern and up the Malvern Hills. It was a very beautiful area with sweeping views of the countryside, although there an overhanging haze today.

On the other side of the hills we stopped in the town of Ledbury, just inside the county of Herefordshire. The town has many very old buildings (some from the 15th and 16th centuries that still have the original facades) – lots of white wattle-and-daub with black beams. One building is up on ‘stilts’ and is where the market used to be held – built in 1617.

Drove through Tewksbury and Upton-upon-Severn on the way home.