Got up to a very hazy sky with a red sun and lots of wind. I got on the bike around 11:00 – Colin left at the same time to take the campervan back up to Birmingham again so they can locate and fix the fuse problem that is still an issue.

Rode, as has become my habit, north on the canal, although this time I left it a bit north of Tibberton. Crossed over on the bridge and went down the small road marked Oddingley Church. I opened the gate and walked the bike around – the church is pretty small and I didn’t try to get in. 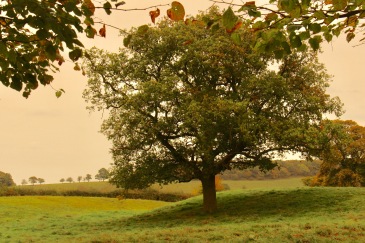 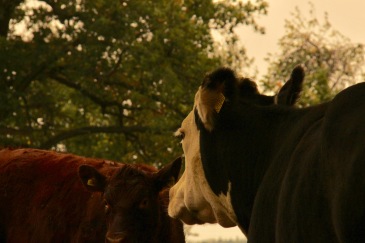 Rode back on the Droitwich/Tibberton road and re-entered the canal path just after crossing Weak Bridge (ha ha – still have to laugh at that). When I got home the doggies were waiting – I’d promised them I’d take them for a walk when I got back and they have good memories.

Walked to the orchard and let them have a little run around. They’re pretty good about coming to me when it’s time to re-leash them. We walked home by a slightly different route – once again getting almost trapped in a maze of small dead-end streets in a housing area.

Managed to make it out of the maze, got home and did yoga before having left-over pasta for lunch.

On the news we found out why the sky was red – it was the edge of the hurricane picking up dust from the Sahara as well as smoke from terrible fires burning right now in Portugal and Spain.