A beautiful morning but didn’t have time for anything other than a cup of tea and a quick bite to eat – the air-con installers arrived just after 8:15.  We sat outside on the terrace and Mo barked every time they moved their big ladder, although she didn’t seem to mind the drill or small power saw. I took her for a walk down to Poppy’s for a cappuccino, then along to the little park and up the hill on the other side of the road. 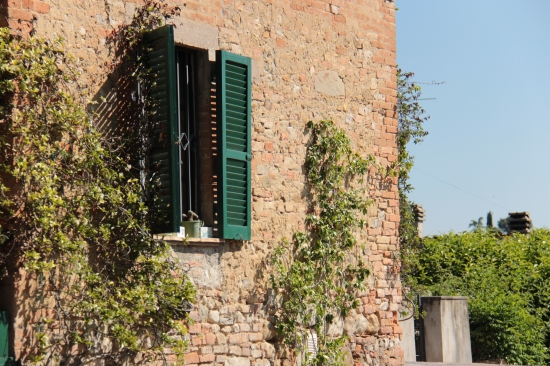 Back at the house the two workers were still at it – they knocked off for lunch at 12:30 so we took the opportunity to also grab something to eat, then sat back in the courtyard until they finished.  It took them almost all day but they seem to have known what they were doing and it looks pretty good.

It works good too – the living room was much cooler in no time.  It will be very nice to have in the summer when it’ll be even hotter.

I made a meat-loaf with baked potatoes for dinner – it turned out not bad.  Went down afterwards for a drink at Poppy’s then stayed up much later than I should have reading another book.