Took a couple of short rides on the trails near the house, then on Friday went back down into the city centre.  I stopped at one barber shop to see about getting a haircut but there was a waiting line and no place for my bike so I went a bit further down the road and there was another barber shop with no waiting, and a nice railing right outside to lock the bike to.

Diane gave me a really nice trim and tidied up the back – it was getting pretty shaggy looking, especially at the back.  She said they normally don’t cut ladies’ hair but since mine’s so short she’d make an exception – about half the price of a hairdresser.

After that I went slowly thru the centre and down near the river – found several more giraffes.  I was mistaken about how many there actually are – I read (in the local paper that gets delivered every week) that there are 57 in all. 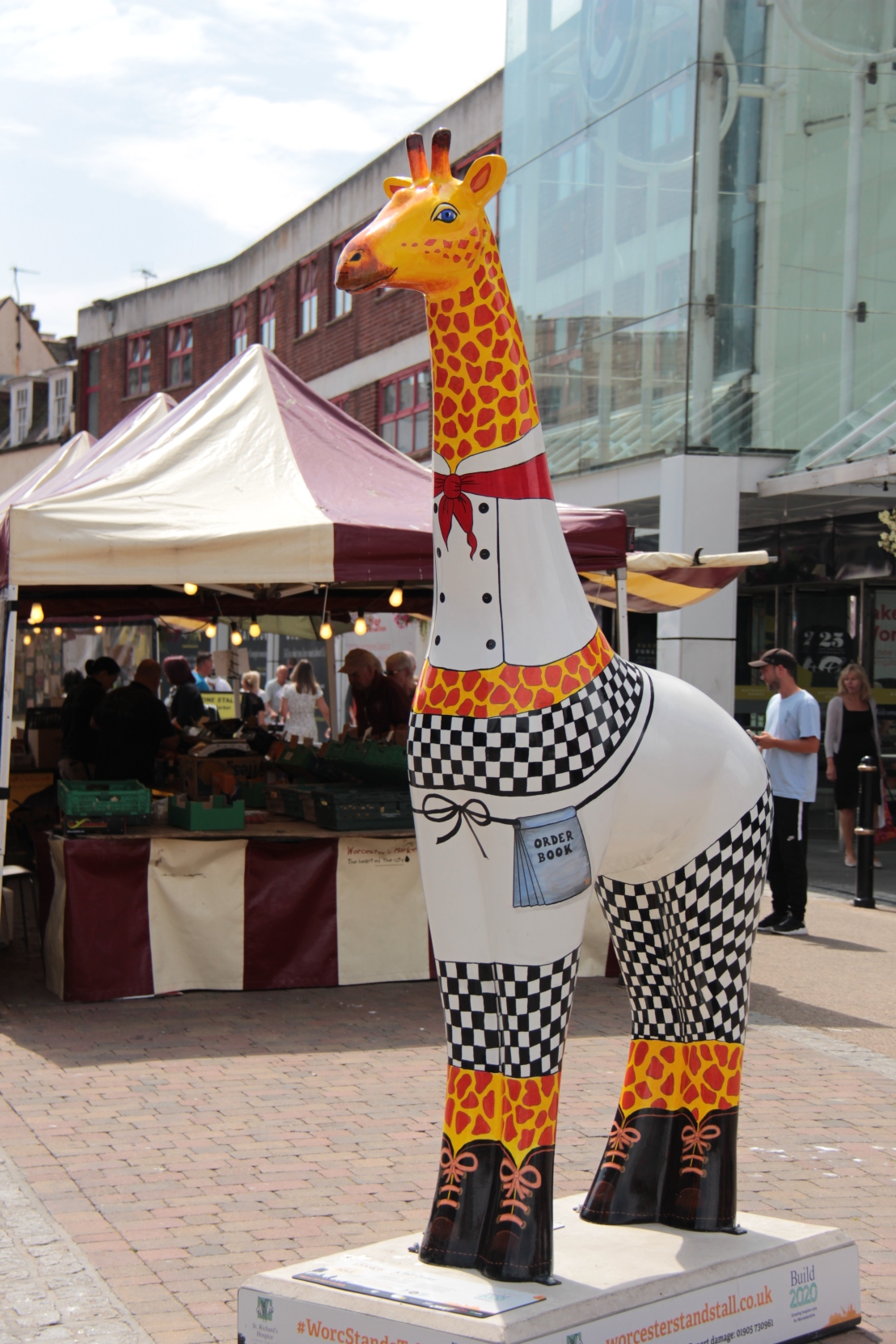 At least two of them have been vandalized – what low-life scum would vandalize a giraffe?  The first idiot was a drunken 40-year old man, and the second was a couple of drunken young ‘ladies’.  Apparently someone took video of the second assault, and their pictures have been circulating on social media – maybe it’ll teach them a lesson to be kind to animals (even if they’re only sculptures!). 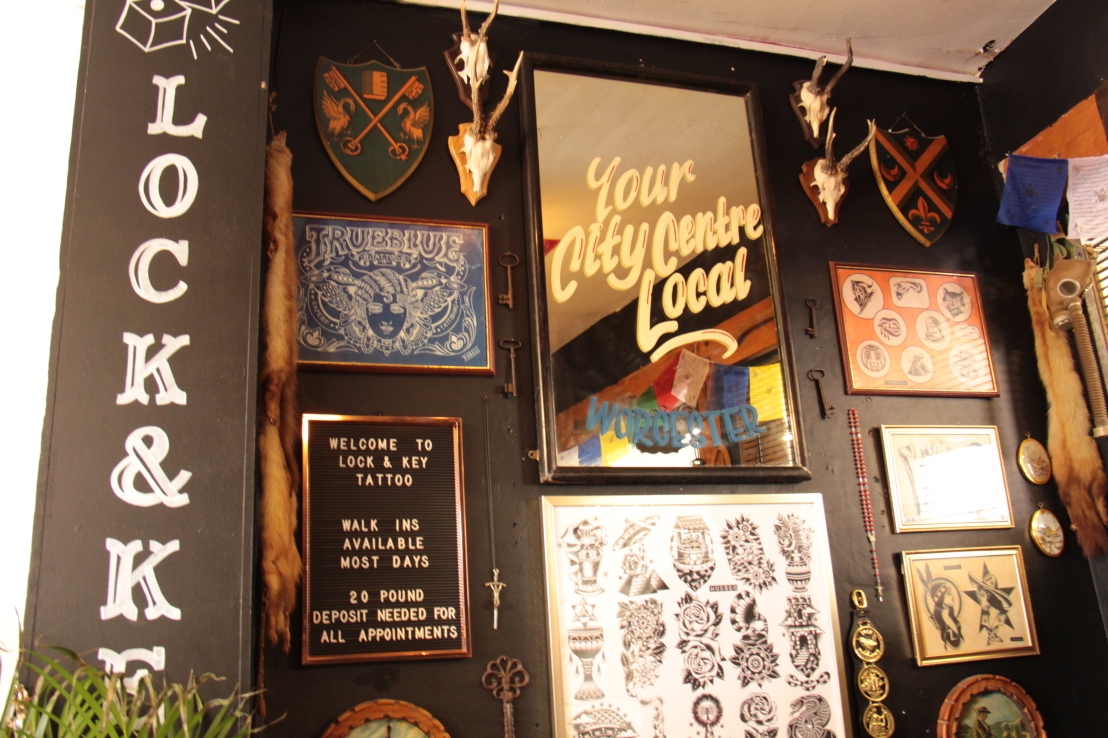 I got to my 2:00 appointment early but that was ok – he took me right in.  They let me put my bike in the back of the shop then I went upstairs and got my tattoo re-coloured.  I’ve wanted to have it done for a long time now, and finally just went ahead and did it. When I originally got the tattoo many years ago (in Amsterdam on my backpacking trip) I had wanted it to be more colourful but it was starting to hurt so we decided at the time to just leave it as it was with the wings being flesh-toned instead of bright goldish-yellow.

After the tattoo was finished I rode along the river for a bit to where the canal empties into it – it’s so pleasant along there with a lovely path and lots of benches, etc, as well as more giraffes.  The canal ride home was so nice – I’m really going to miss it.

The last couple of Tour stages were excellent – although I have to say ‘f***ing fans and f***ing motos’!  I don’t care if someone doesn’t like Froome – neither do I – but they shouldn’t be throwing things at him or trying to hit him.  And Nibali was taken out yesterday with a broken vertebrae in his back because of a collision with either a moto or a fan in the middle of a cloud of coloured smoke – he managed to finish the stage but was taken to hospital by ambulance at the end.

On Saturday I spent a bit of time washing sheets and vacuuming, etc, then treated myself to fish and chips for dinner at the pub.  It was a lovely evening – not too hot, but not rainy either. Lots of people outside at the picnic tables – kids running around, dogs lolling about – a very nice atmosphere.  Took a little ride around the nearby trails before heading home.