It had rained off and on during the night, and the morning was completely overcast and bordering on cool.  Had a good shower – the water only stays on for about 5 seconds with one push, but it got nice and hot and you just had to keep hitting the button until you’re done.

After a nice breakfast – mine was leftover pork filets – at the tent we read for a bit before picking a town to go to for groceries.  We wanted to make sure we were there before they closed for the the entire afternoon for lunch. On the way back from shopping we tried to get to the beach from main road that goes thru Zarautz, but there’s no parking anywhere near it so we just went back to the campground instead. 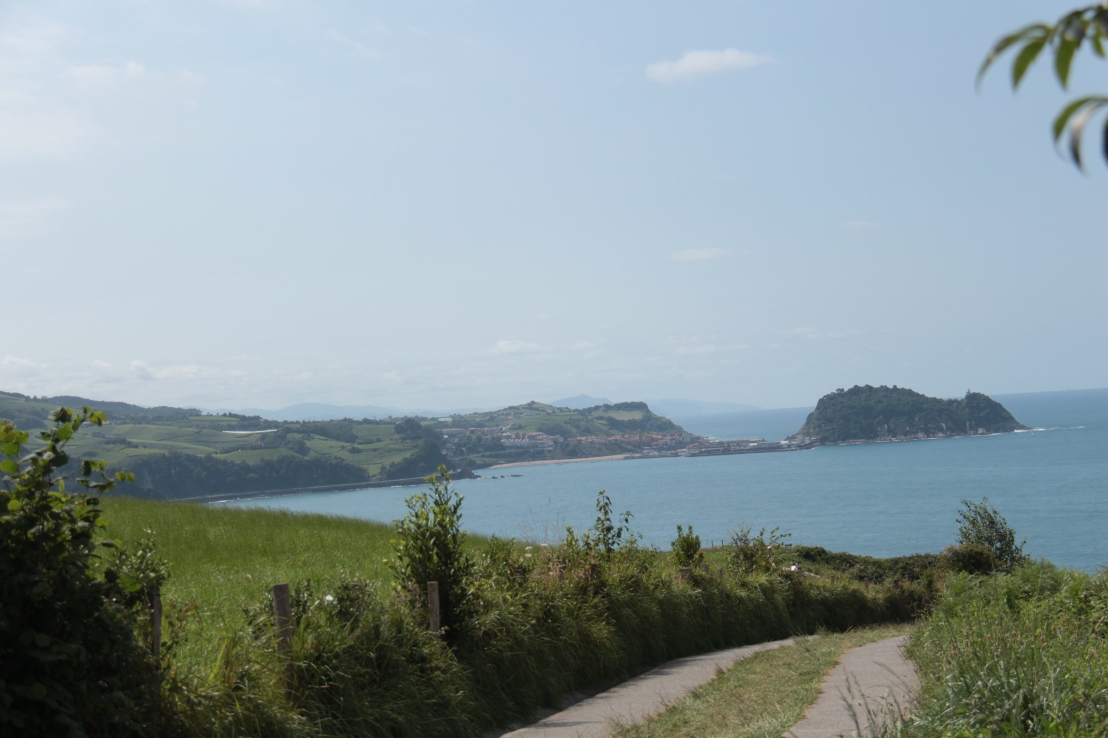 The clouds were eventually replaced by blue sky, and after lunch I took Mo for a walk partway down the path towards the beach.  The views are spectacular, and the beach below looks fantastic. 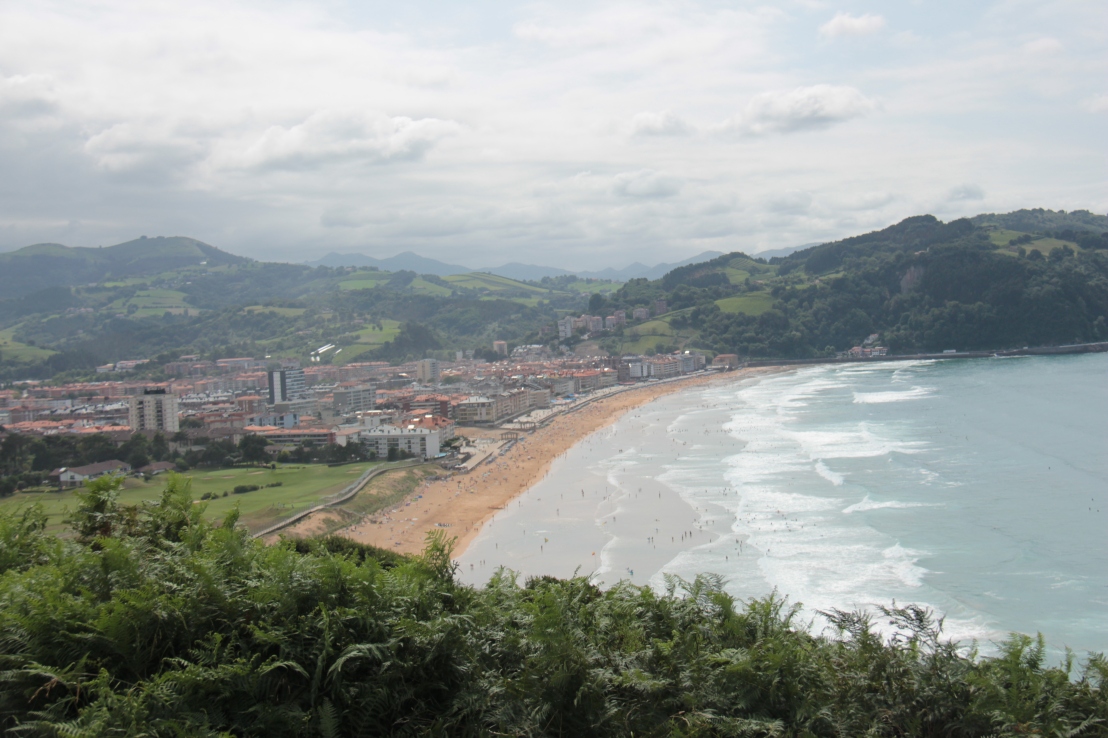 It’s a really popular surfing beach in the area – there are signs in the washrooms at the campground that you can’t bring your surfboards inside – a lot of the campground’s visitors have come for the surfing.  There are also signs that you shouldn’t dump your campervan’s chemical toilet into the washbasins – are some people really that stupid?

I met a fellow from Manchester along the trail – he had what I call a ‘real’ camera also – and we chatted for a bit.  The trail is very good – the first part was sloped pavement, and the next part was very well-made stairs. 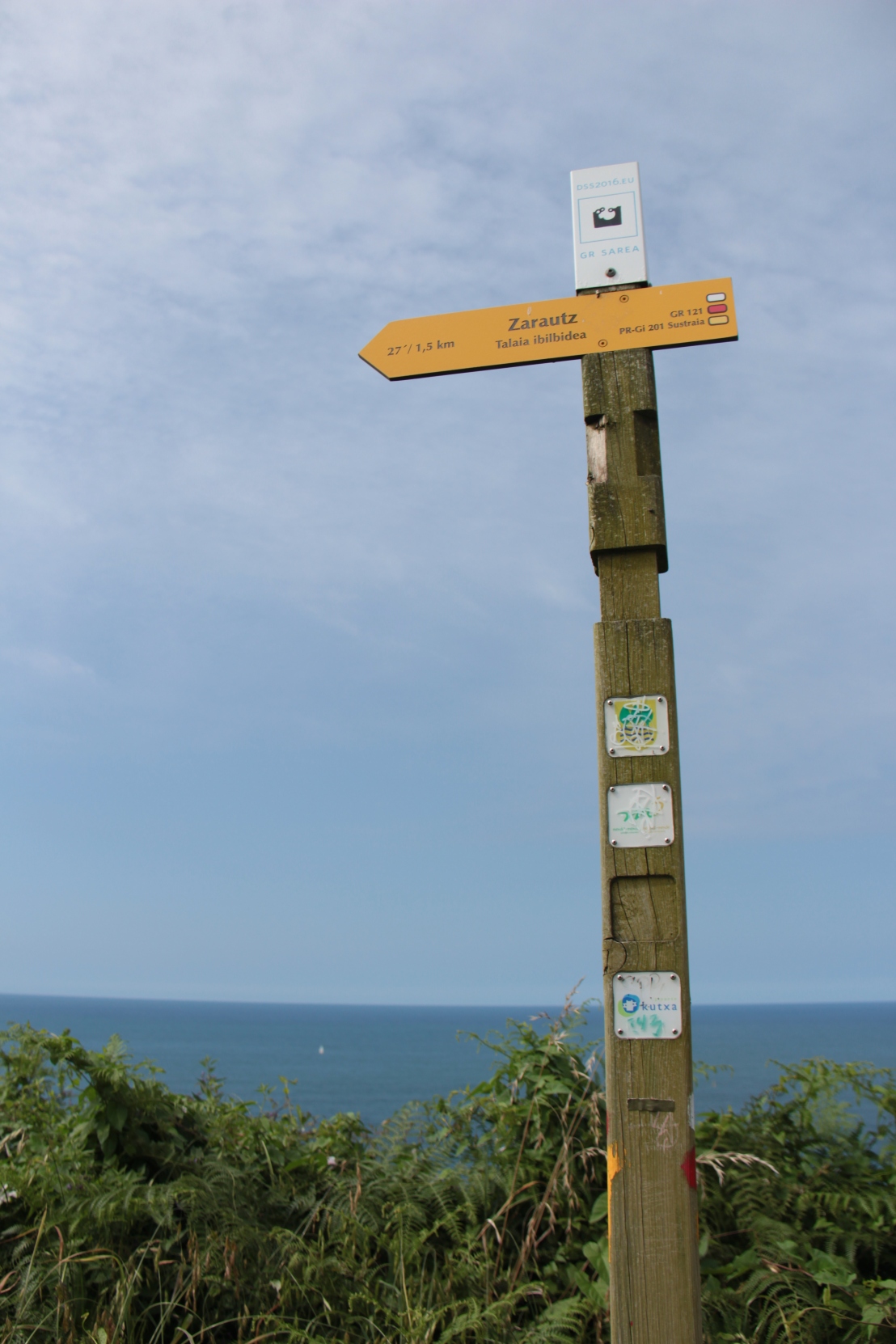 Mo and I stopped about halfway down and turned around – the walk back up wasn’t as bad as I thought it might be.  The trail down to Wreck Beach in Vancouver is much tougher. 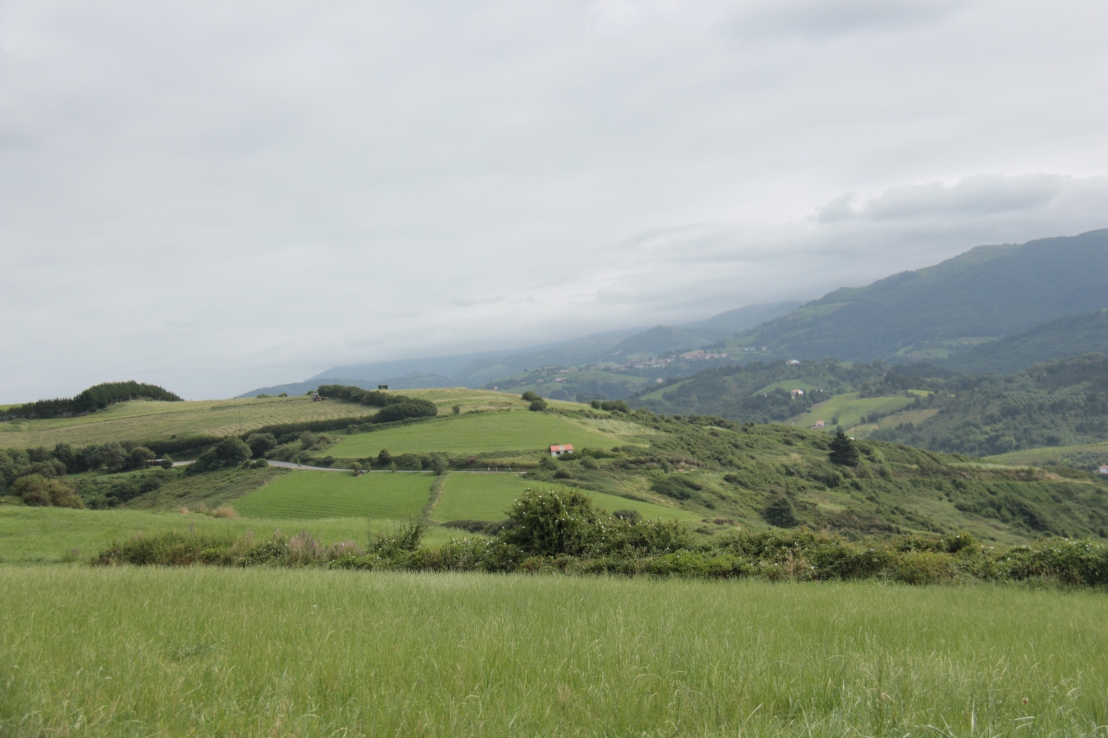 After a leisurely afternoon we went to the same bar/restaurant as last night to get dinner but it was closed so we went to the other restaurant.  The outdoor area was full so we had to go inside – again taking Mo in wasn’t a problem. This time I opted for croquettes, which were delicious – ham and nice creamy cheese.  I topped it up with some of Colin’s fries and we each had two glasses of really nice red wine.

Once again the campground quieted down nice and early – read for a bit then fell quickly asleep.