In no real hurry to leave we had a nice cup of tea and breakfast before tearing down our tents and packing up the car.  We were on the road by about 10:45 heading west along the coast.

The drive was beautiful – along the Atlantic thru lovely little towns, all with gorgeous beaches starting with Zarautz, Getaria, Zumaia, Deba and Ondarroa.

We took all smaller, slower roads and it was so worth it – hardly any traffic, and right thru the middle of so many villages that the motor-ways completely bypass.

As we turned south and left the coast the terrain started to change.  We first went up and over the mountains, which were still green and down the other side where it was much drier and browner, although still very beautiful. 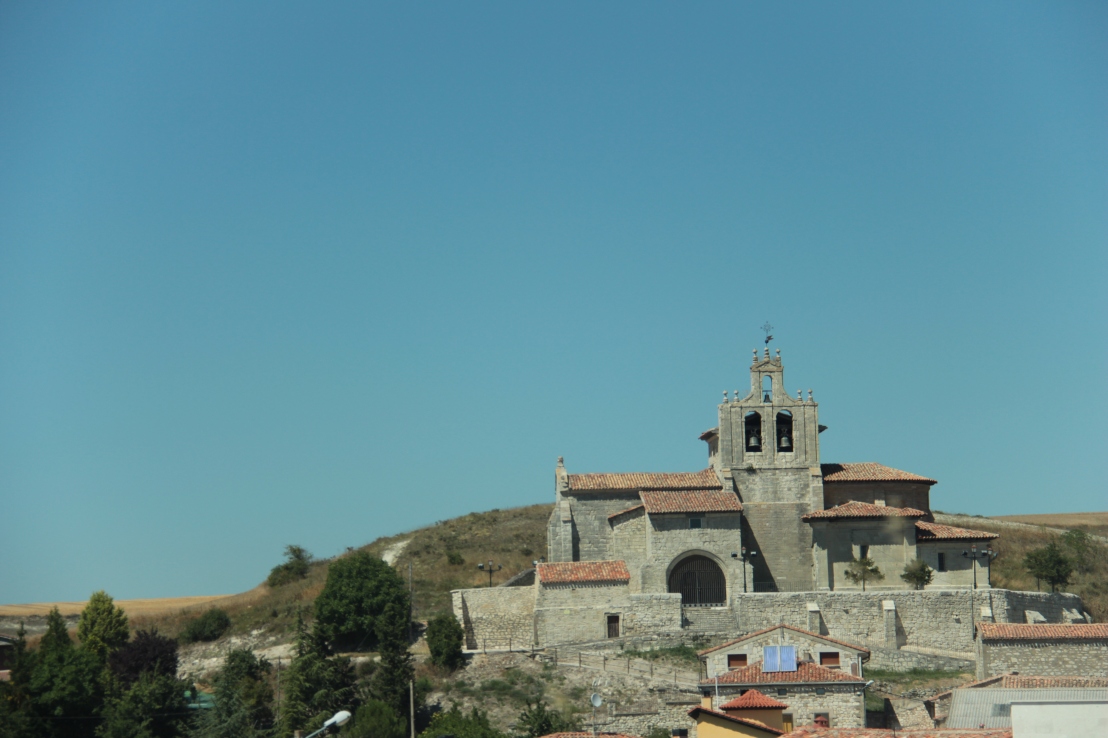 We had already picked the campground in Burgos that we were heading for so Miss GPS took us right there.  We checked in and were told we could pick any place we wanted in the ‘orange areas’ on the map they gave us.  We looked at two places but weren’t that thrilled with them so chose a third and set up the tents.

We went down to the campground’s cafe/bar for dinner and a drink.  The outdoor area was pretty much full and it had cooled down enough to be fairly pleasant.  There wasn’t a menu – just a few things on a blackboard – we were both interested in the paella, but found out when we went to order that we’d have to wait until 8:30.  Since we were both fairly hungry we ordered calamari, croquettes and fries instead and shared them between us – and Mo, of course.

I was still awake at midnight when the bells in the nearby monastery chimed – 66 times!