For the final stage of the race we’re going to see the mountain finish, which is in a National Park on the ugly climb up to Lagunas de Neila.  Rather than sit around camp relaxing we decided to head right up as we could relax just as easily up the mountain – good decision it turned out, although are arrival could have been timed just a bit better.

We were able to drive up almost to the top – seeing only two other vehicles along the way, one of which was police/civil guard.  When we reached a plateau there was a large parking area that had a few dozen cars and campervans and the police had just closed the road that goes to the very top – we missed getting through by 10 minutes or less.

That was ok – I walked up the road to suss it out and ended up not going to the top – I didn’t know how far it was and it was getting very steep.  I didn’t want to come back down to collect my chair or anything else I might want for the afternoon and go all the way back up again.

More and more cars were arriving and starting to fill up the parking area.  We opted to drive back down just a little way so we could be right on the side of the road rather than in the middle of a car park.  We found a suitable spot a couple hundred metres down and pulled in behind two other vehicles, moving to the front of them as there was a bit more room.

Set up the table and chairs and raised the flags, then had a nice lunch and settled in to wait.  Dozens and then hundreds of people and cars kept going by us on their way up, and not all of the cars came back.  When I took a little walk up later I saw that there was another road going down the other side towards to town of Neila and because the parking area was now full they were pulling in on the side of that road going down. 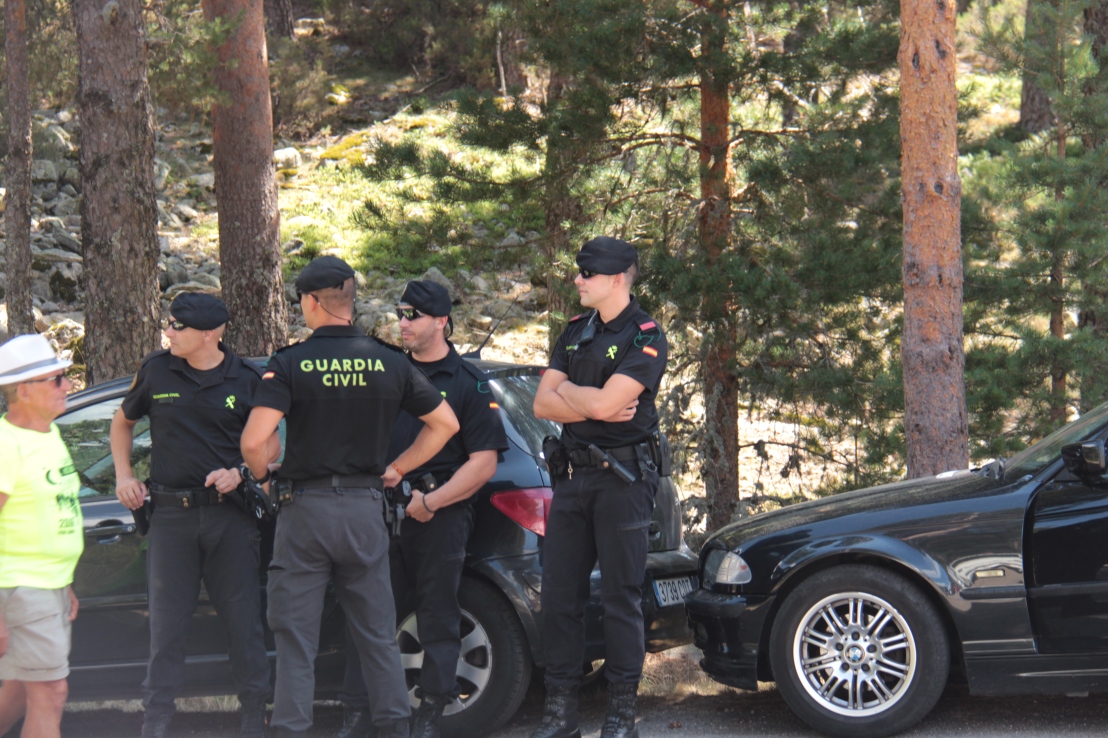 I checked with the civil guard just to make sure which road the race was coming on – we’re on the right one, thank goodness.  An enterprising ice-cream seller was making a killing – the line was 20 or 30 people when I passed by. I’m actually a little surprised there aren’t more food trucks, etc., although many people, like us, have brought picnics.

The young couple we’d seen yesterday at the feeding station walked by and said hi – they saw the flags thus knew it was us.  Also a couple of men stopped and were discussing the flags so Colin started explaining what they all were. They both spoke fairly good english and chatted for a bit –  one of them now lives in Lyon, France.

The first racer came up just before 4:30, and they all straggled by singly or in small groups over the next 20 or 25 minutes.

As there was apparently no room at the top for the team buses, etc., the riders were coming back down the road after finishing, chatting with each other, as the late comers were still going up. 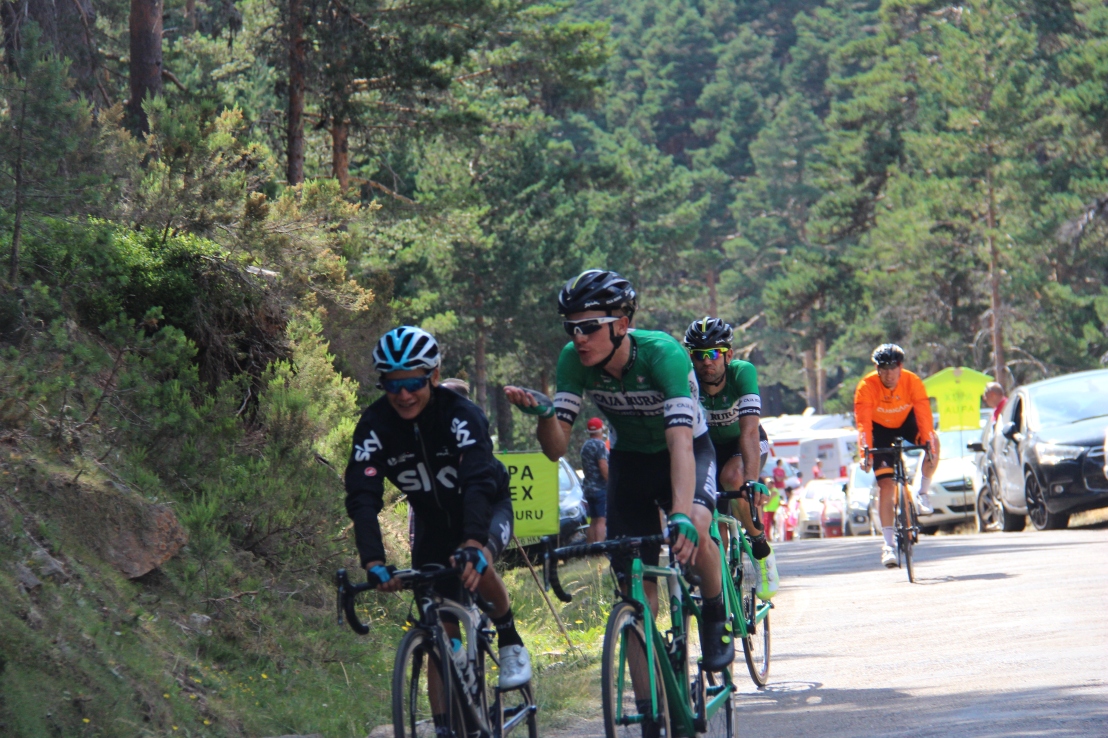 It was quite confusing, as by then many of the fans that had walked all the way up were now coming down also – kind of chaotic, in fact.  At one point a family was walking down the hill as cars were already passing and a little boy dropped a bidon he’d gotten onto the road – he ran right out in front of an oncoming car to grab it and I screamed ‘Jesus Christ!’ and reached my arm out – which, I know, was useless – while the mother did nothing!  Luckily the car driver was paying attention and slammed on his brakes and the kid wasn’t run over.  The mother did say something to the boy after, but it might have been better if she’d been paying attention earlier.

We took down the flags and followed one of the team cars down the hill and into the town.  Stopped at a large cafe/bar that was fairly packed, so just grabbed a couple of chairs and pulled up to a table of local men and set our drinks down.  We then proceeded to watch the long parade of team cars, motos, buses and fans coming thru the town from the mountain. 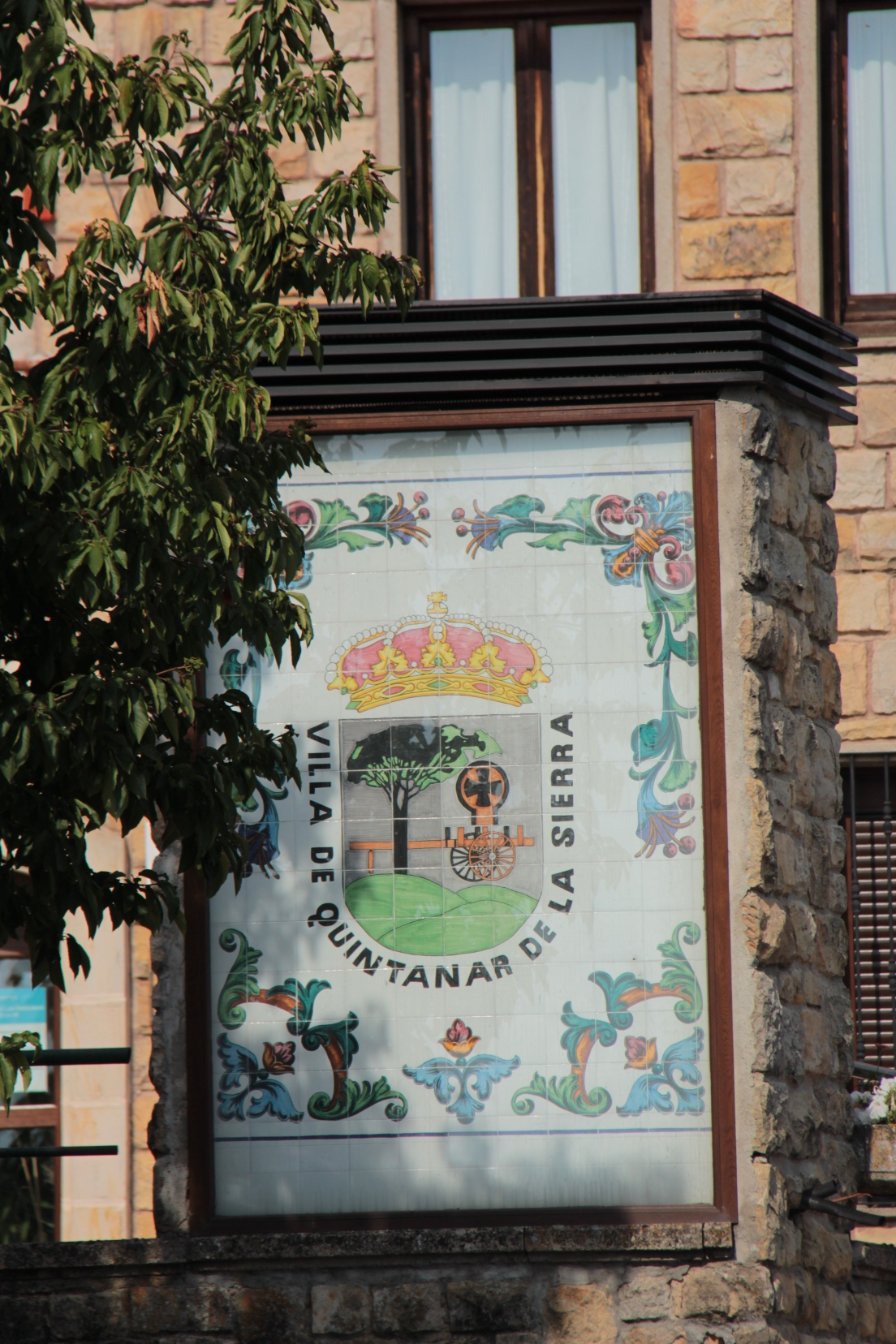 As usual I waved and smiled at almost all of them, and almost all waved or honked back – it’s the same everywhere – if you’re happy and friendly to strangers they’ll be nice back even if they don’t have a clue who you are.