Started the day with a really nice ride with Colin – it was pretty chilly but beautiful blue sky and sunshine so the wind-breaker didn’t stay on long.  We rode over to Aunac and I don’t believe I’ve actually been through the whole town before, but just ridden past it a couple of times. It was larger than I expected and like Mansle is on the Charente.

After our usual coffee at the bar we headed home for a quick shower and to retrieve Mo then got in the car for a day-trip to Cognac.  We’d been there only just over a week ago to see the end of one of the race stages but I hadn’t really seen much of the city. 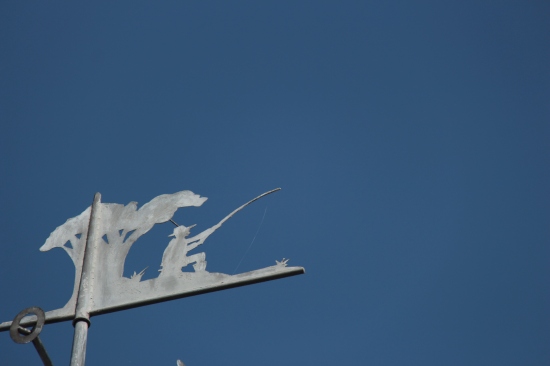 The whole centre of the city was closed to traffic as they’re getting ready for some sort of fete or festival so we parked on a side street only a couple of blocks away from the main square.  Almost right away we saw one of the big ‘Cognac Houses’ that are all over the place here. 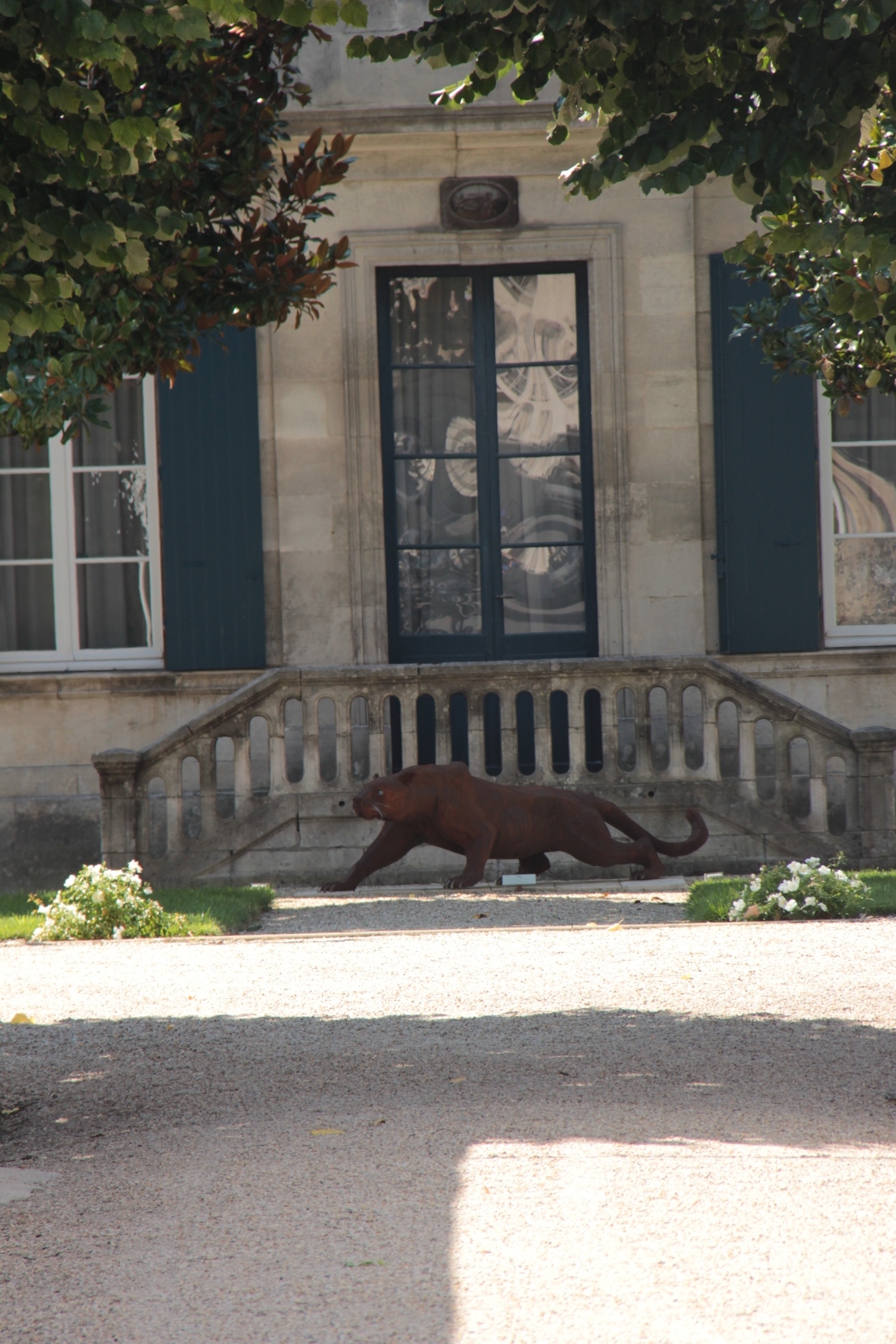 First of all we walked to the cafe that we’d had a drink at last time we were here, and had lunch.  We both got the beef carpaccio and it was good – lots of flavour and very tender, and the fries that came with it were especially tasty.

After lunch we walked around, which was very nice due to the lack of cars.  First of all we went to a large park that was pretty crowded. 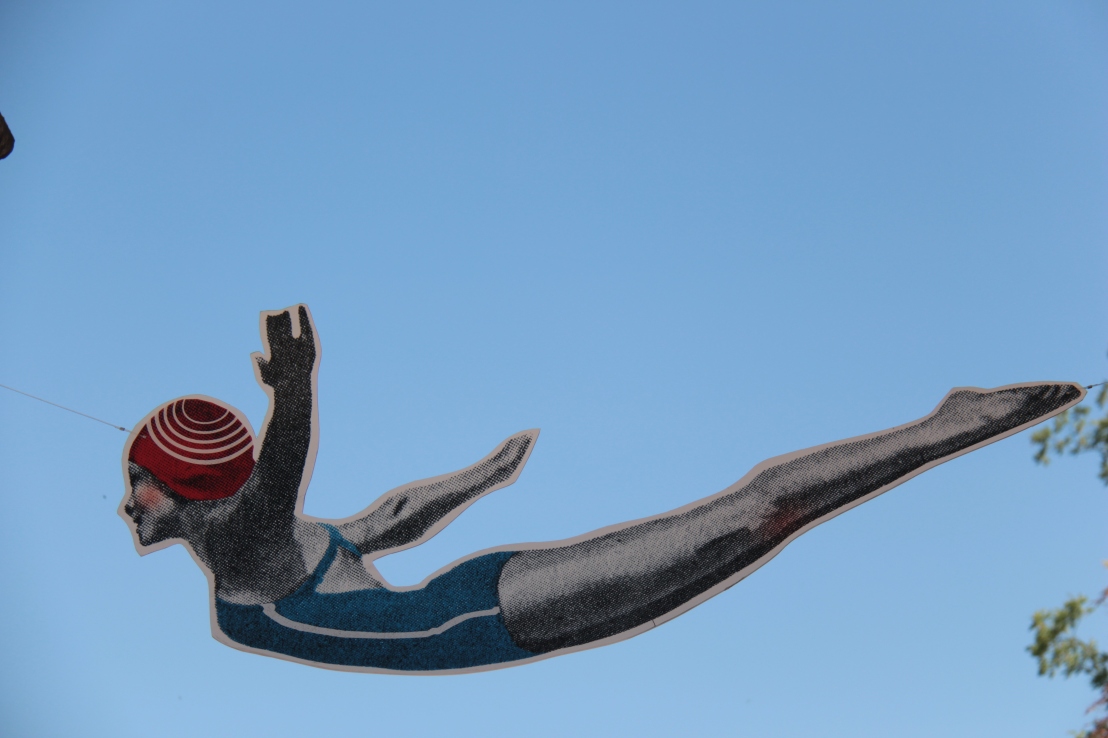 There are all sorts of games for kids, as well as a small area that has peacocks and other birds and 2 goats. 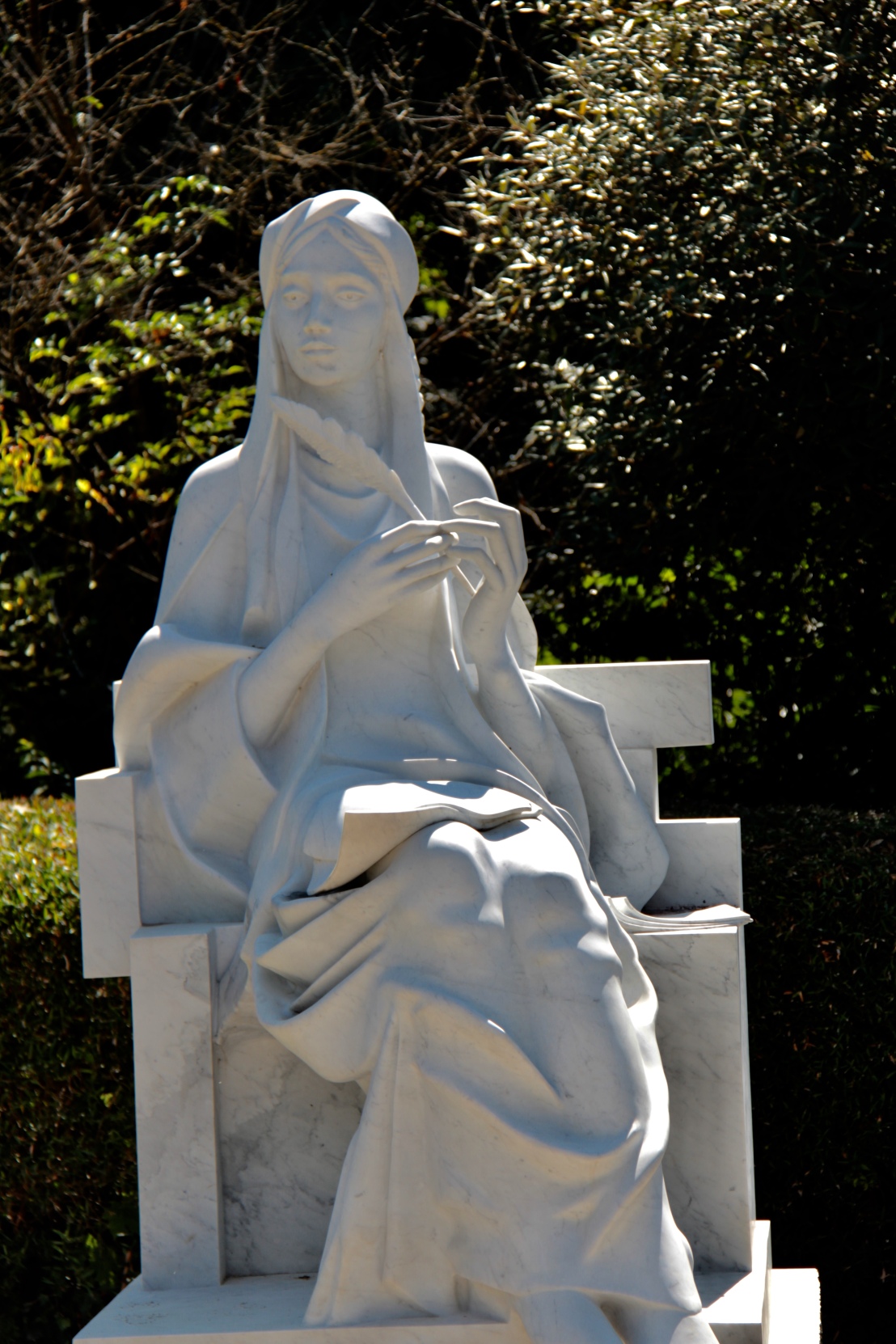 There are beautiful flower gardens, and a playground made of wood that has lovely grape carvings on it. 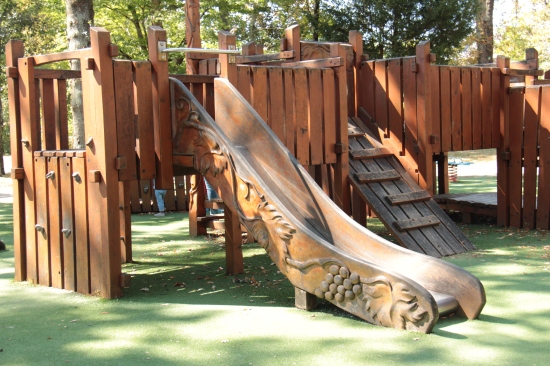 We next walked to the river, where many more of the Cognac Houses are situated – they used to ship the product by boat on the Charente.

After leaving Cognac we stopped at the town of Jarnac which is where the Courvoisier Cognac House is located – it was the favourite of the emperor Napoleon and they use his image on their logo.

Back in Mansle we weren’t that hungry after our late lunch so just went down to the bar for a drink.  On the way we could see and hear an altercation between two groups of men – it was getting loud and physical with one guy going down and being hit and kicked.  By the time we got near them the fight had kind of broken up – one group had been dragged inside a house by some of the women, and the other group going further down the road to linger outside another door/window.

We quietly sipped our drinks while the fight went sporadically on and on – the ‘downhill group’ milled around and three of them started up towards the house the other group had been dragged into, with one of them holding a crowbar and another a pipe.  They went past the house, shouting out and taunting them, while two girls ran up and tried to calm them down and stop them. I told the kebab-guy he should call the police, but he and one of his customers asked ‘why?’. I said because they were drunk and had weapons but they didn’t seem to think it was that serious.

I shut up and sat back down, and not too much later the police did arrive – not the local gendarmes, but more like heavy-duty army-type police.  We walked past them as they were talking to one of the combatants who seemed to be saying ‘I didn’t do anything – it’s not my fault’.