Went for a really nice ride with Colin and Neil on Thursday – only got behind a couple of times, and stopped to take a few photos.  Ended up – guess where? Had a great cafe-creme.

In the afternoon Colin and Neil went to Angouleme to retrieve Colin’s campervan from the dealership – they still can’t seem to figure out what’s wrong with it and all they’ve done is replace the battery and then said it was fixed.  I stayed at the house with Mo and did yoga half-heartedly.

Had awesome BBQ mushroom-cheeseburgers for dinner.  Neil had a look at the campervan and traced where the wonky wiring was going.  It seems that the two solar panels that Colin had had installed – by the dealer – were wired to go directly to the main battery rather than the two leisure batteries so the main battery was effectively being cooked.

On Friday I went with Colin to Limoges to look at a car he’s interested in trading up for.  We arrived in the city just after 12 noon and, of course, all businesses were closed so we found a nice cafe and settled in for lunch.  We both got the salmon quiche, which was quite good.

After lunch we headed for the BMW dealer and Colin had a look at the car.  He went for a test drive with the saleslady while I walked Mo around the showroom and all over the outside lot.  Colin liked the car and spent a little time going over details with the saleslady while Mo and I did more walking around.  I noticed a fellow looking at Colin’s ‘old’ car – walking around and around it – and started talking with him. He’s looking for a car for his girlfriend and really liked Colin’s – I think he might ask to buy it – it’s a beautiful blue and most BMW’s are black or white.  Meantime the deal’s done for Colin – he comes back next Friday to drop off his old car and pick up the newer one. 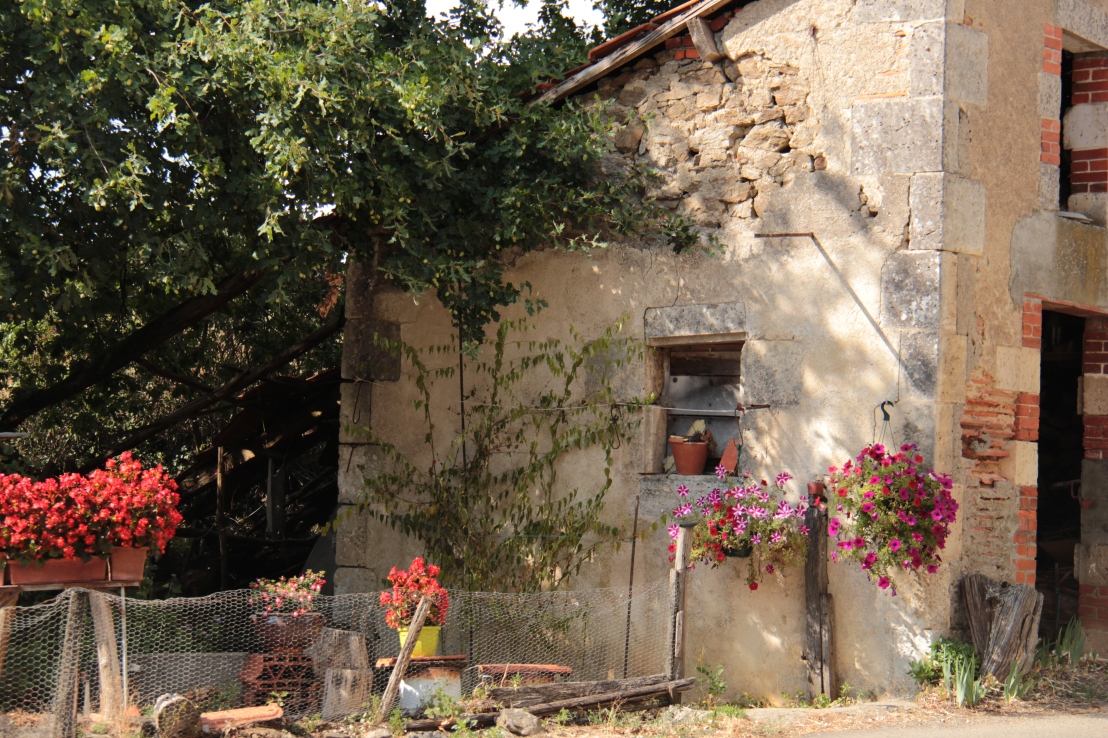 Back in Mansle we headed to the bar for a quick drink, then home for excellent bolognaise that Colin had put in the slow-cooker before we left for Limoges.