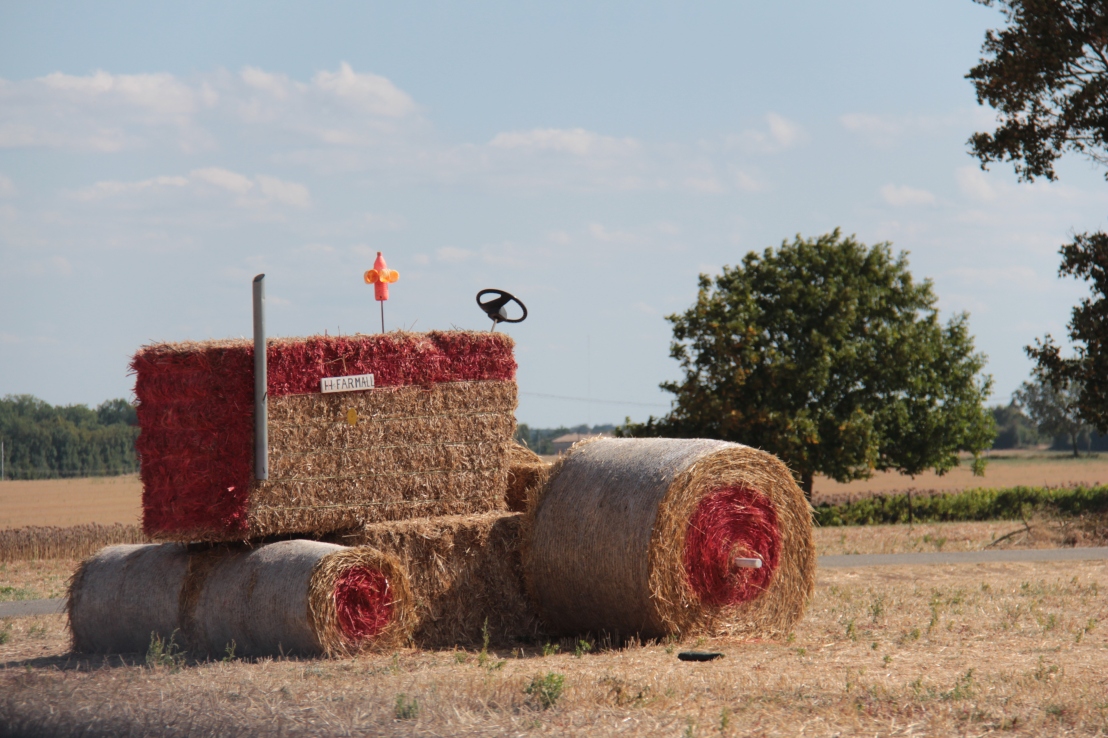 Tuesday was, as usual, up to the Charity Shop at St. Soline to support the animal shelter.  We picked up a few more books and had a cup of tea. One of the shelter dogs was so friendly and just wanted to meet everyone.  We found out on Wednesday that no one had scooped him up – I could hardly believe it as he was so sweet. 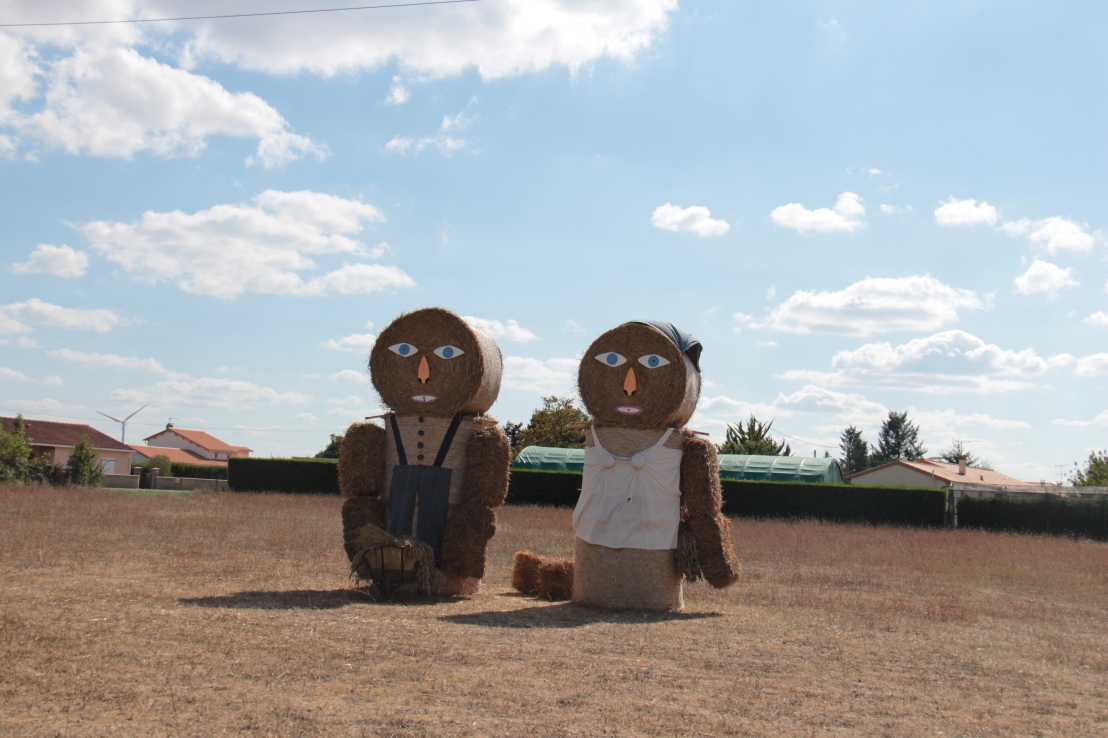 Got a nice little ride in on Wednesday morning, followed by coffee at the bar on our way home.  I stayed home in the afternoon with Mo while Colin drove the team car for the local cycling club.

Woke up early Thursday morning to rain pouring down onto the skylight in the bedroom.  It continued off and on almost all day, so we didn’t go for a ride. I did yoga while Colin went out and took care of some business – Mo just lounged on the sofa and watched me.

Friday was a sad/happy day – Colin is trading his car up to a newer Beemer but I’m really going to miss the beautiful blue one.  The new one has four doors and a hatch – or five doors as they say over here. Also a lot more room for all of our stuff if we’re using the car instead of the campervan when we travel. 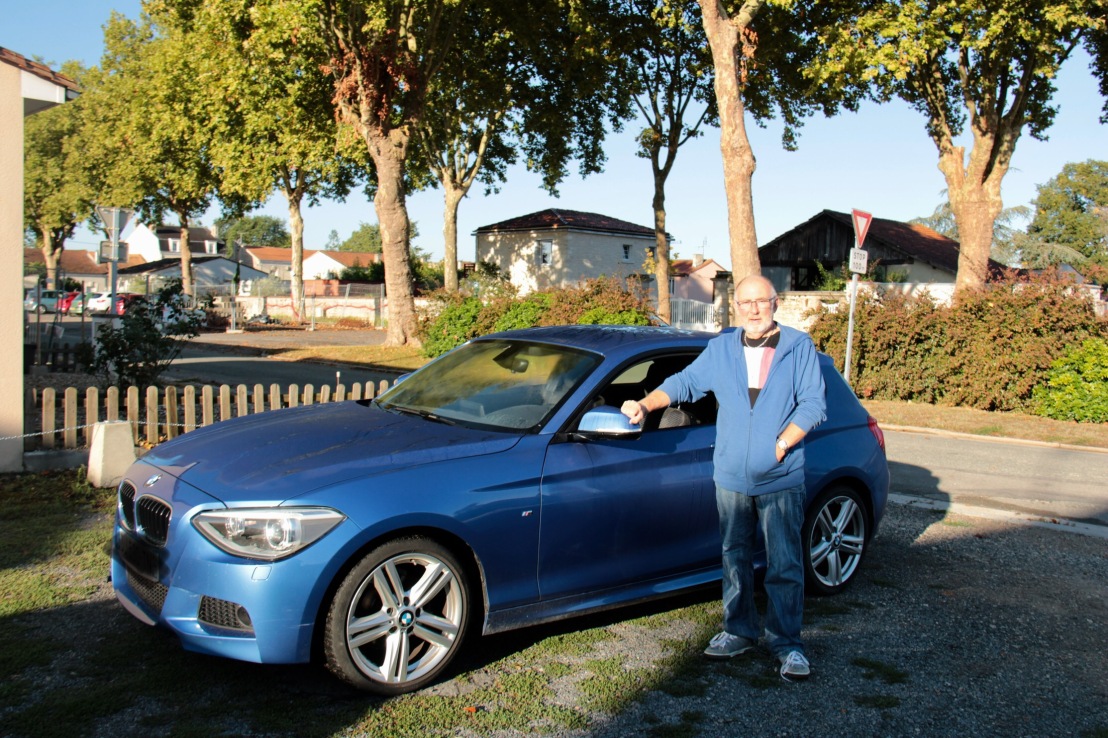 The saleswoman, Delphine, had all of the paperwork ready – Colin had to sign dozens of times but it was all organized and smooth thanks to her assistant, who Mo, of course, made friends with.  A guy came and took Colin’s phone to set up the hand’s free option in the car, and they assured him that the GPS spoke english – it’s the same version he had in the old car so needs to be updated at some point.

After the business was done we went to the same cafe we ate in last week – the ‘Fast Good Cafe’.  This time we both got the pasta-of-the-day, which was spaghetti with seafood, and was it ever delicious – large chunks of salmon, with mussels, calamari and shrimp in a lovely cream sauce. 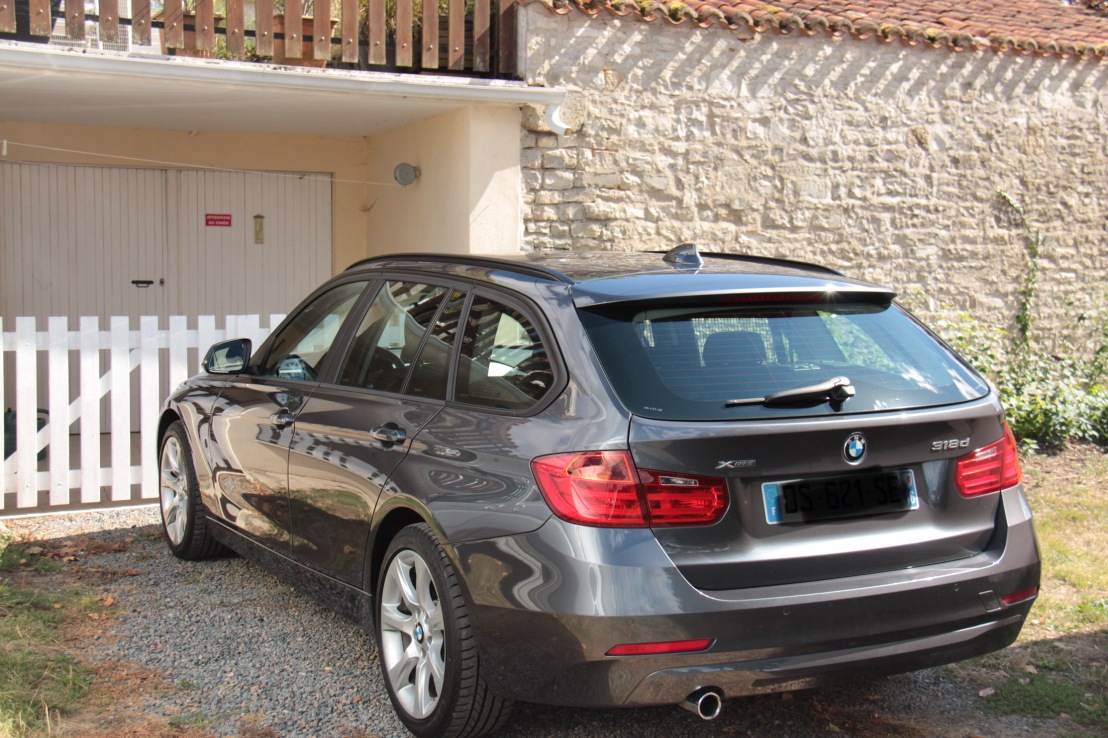 Back at home when I was outside taking a few photos of the new car I heard a little ‘cheep cheep’ and looked down – I had almost stepped on a tiny baby bird.  I didn’t want to pick it up and move it, as I know that sometimes the mommy bird won’t take the little one back if you leave your scent on it. I stepped aside and saw what I thought might be the mommy looking for the little one – the baby was fully formed and did have feathers – maybe it was on its first flying lesson. 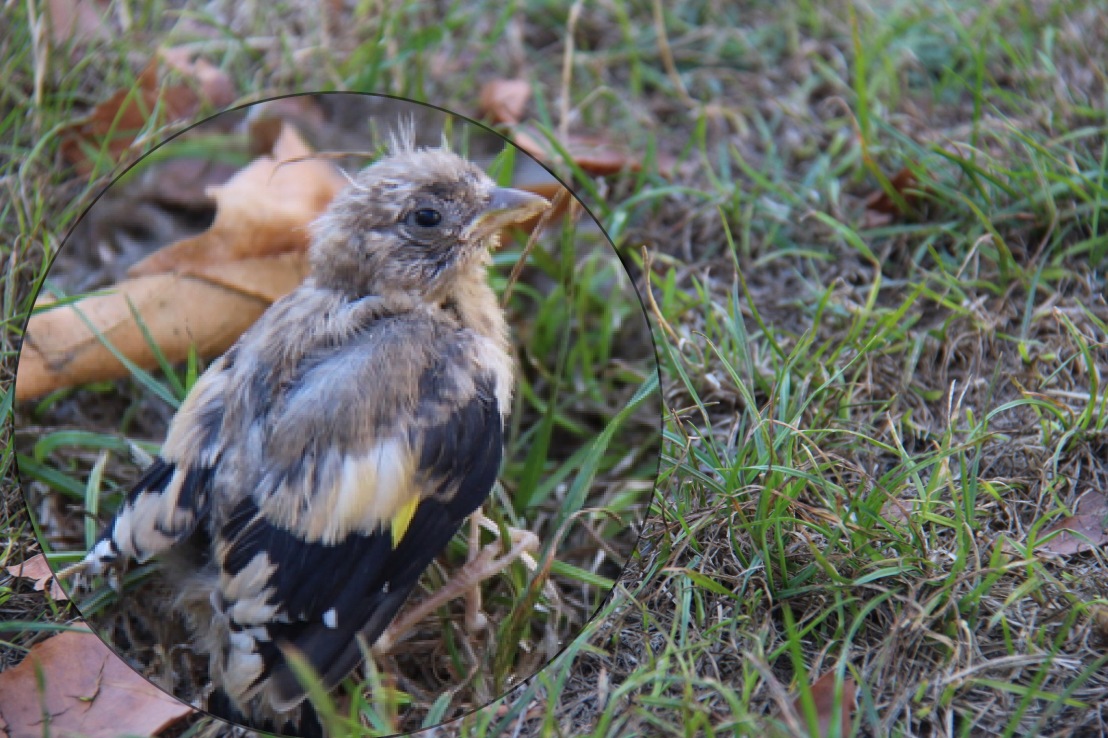 Just then Colin’s neighbour, Elwa was pulling his car into the parking area – I waved my arms to stop him and he got out, somehow understanding what I was going on about.  He was able to shoo the baby to the side of the campervan, and when I checked later I saw the mommy bird next to the baby chirping at it to fly – at least that’s how it interpreted the chirps and cheeps.  When I looked out a bit later they were both gone so I’m hoping that means that they’re both up and away, or at least out of harm’s way.

We walked down to the bar for a drink or two, and on the way passed a nice dog that Mo had to prove her fierceness to.  Then in the bar there was a very large dog that Mo had no problem with – little diva that she is. 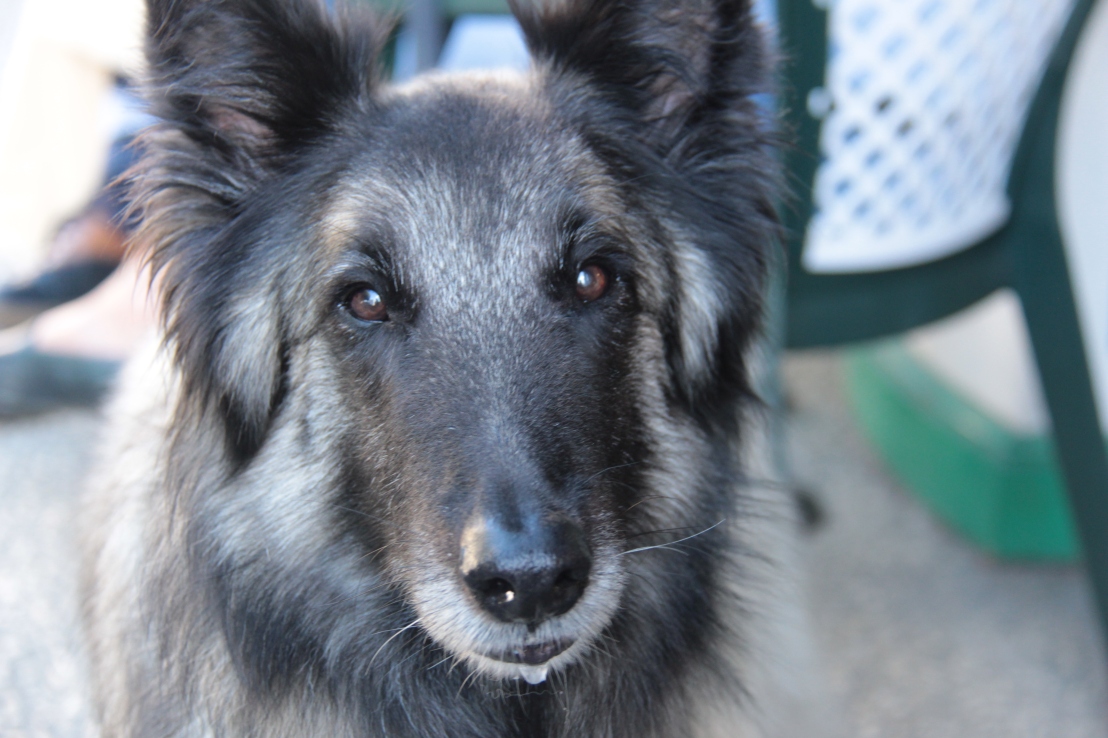 It has been pointed out recently, by more than one person, that I haven’t mentioned Dominic or the kitties much lately – rest assured that I miss them all fiercely.  I do facetime with Dom now and then but the babies don’t understand and probably think that I’ve abandoned them again. I think that Mo feels my sorrow and tries to make up for it by letting me pay attention to her – win win, I guess!