On Saturday I stayed home and did yoga – Mo lounged and watched again – while Colin went out for a ride with the local club.  I was surprised when he came home only about an hour later – apparently they were going for a mountain bike ride but Michele had forgotten to tell Colin that and he’d taken the wrong bike.

A little later we took Mo for a nice walk down to the campground and along the outside of the hippodrome to the river.  I noticed a mommy duck with her little ones, and there were only three of them – I don’t know if it’s the same duck family that we saw last week that had eight babies.

We stopped at the bar for a drink, then went home to catch up on cycling races on tv – both the Vuelta and the Tour of Britain are happening at the same time so we’re kind of binge-watching.

Sunday morning I took Mo for a walk to the hippodrome again – this time there was a cricket match going on.  The team in white was mostly older white Englishmen, and the purple team was younger Indians/Asians. They were just changing over from fielding to batting – half time? – so we didn’t actually get to see any action.

Early in the afternoon we hopped in the car to go see a junior national road race.  First we went to the beautiful village of Beaulieu-sur-Sonnette where the riders had to go up an extremely steep climb on a very narrow and rough road.

We parked in a plaza at the top and walked down a bit to a churchyard that was a perfect watching spot.

The church door was wide open so I took a tour around.  The church is all stone and has nice high ceilings – very open.  There are several stained glass windows and some decent paintings and small statues, but there is mold on some of the walls, and the plaster is falling off in places – there was a musty smell everywhere too.

A group of five was the first to appear, followed by a large group, with a second large group several minutes later.

We jumped back in the car and drove to the town of Courcome where the riders did a circuit five times before finishing.  We stood at the barrier about 20 metres from the finish line. The fellow that won was in the first group of five that we saw on the hill, so looks like he was fairly dominant through the whole race. 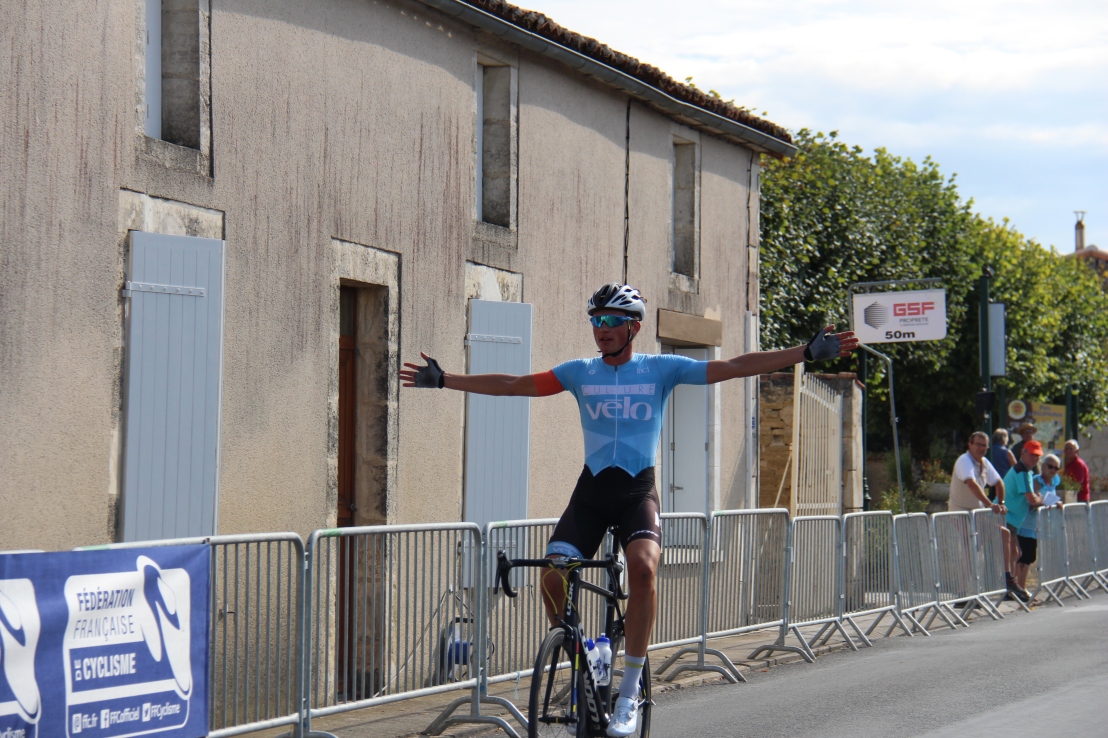 Once again cars on the road during the race were an issue – I know that the ‘marshalls’ that let the cars onto the road are volunteers but they really need to be trained a bit or something.  There were two instances where riders were almost hit by stupid drivers that shouldn’t have been on the road in the first place.

Back home we had a lovely dinner of lamb chops with roasted potatoes – just delicious.