We went for a nice long ride on Sunday morning – it was sunny but not hot – perfect weather for riding. We rode east to the main road, then along it for a very short way until we came to the ‘train station’. There’s still a sign indicating that it’s the station, and I did in fact check the train schedule at one time – it’s still listed as if the train runs on the line but I don’t think it’s been used in a long time. The tracks are completely rusted and some of the weeds are almost as tall as I am.

Anyway we continued east to Casalina, then turned south to Ripabianca where we crossed over the highway and kept going south to Carcere, then on to Collepepe. We ended riding all the way to Marsciano, and both walked our bikes partway up the long hill out of town. We hopped back on and made our way to the small back road we were on the other day. Getting off the busier road was nice – I don’t think we passed a single car after we left it.

Stopped, of course, at Poppy’s for refreshment before going back to the house and little Mo – we’d covered about 24 km in all so it was a decent distance. The afternoon turned very windy, and in the evening there was a terrific rain storm for awhile. The wind was so fierce that it blew over the three little potted cedars that Colin had bought – it even blew one right out of its pot. They’re now tucked up next to the back wall just in case. It’s sure nice to be warm and cosy inside in that kind of weather despite the lack of the wood-burner.

Monday was quiet – waited around most of the afternoon for the house painter to come and have a look, but he didn’t show. Black cat got some more food – it’s pretty insistent about getting into the house but we don’t want it taking a round out of Mo. 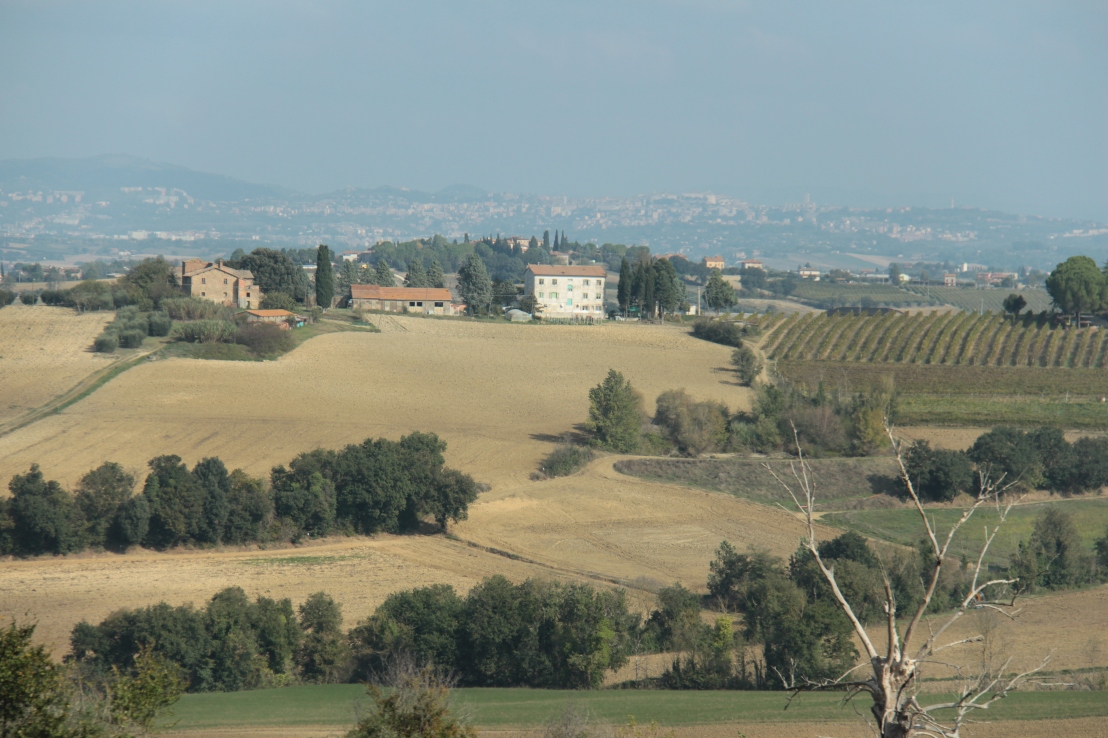 Tuesday was again nice and sunny, although a bit on the cool side with the wind. We took a little drive to Monte Buono for lunch at Il Ristoro. This time I got the fish special, which was pasta with fish fresh from the lake, along with little beans and carrots. It was a bit salty and somewhat spicy, but very delicious. 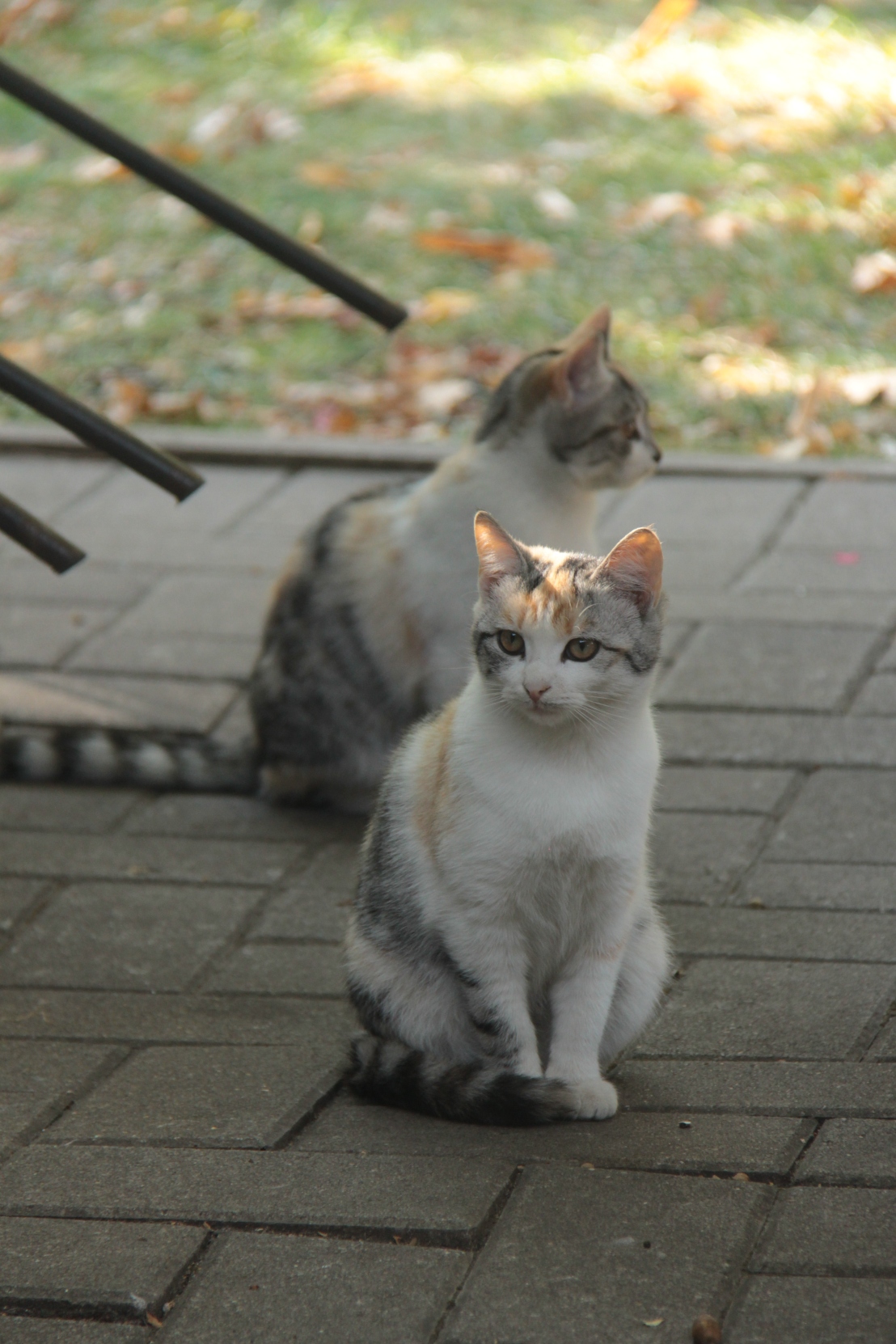 The little cats were back, but since we were inside this time I couldn’t try to pet them. We got to the restaurant a little early so the place was just about empty, but as we ate more and more people arrived and by the time we left there must have been 40 or 50 folks there – the place was hopping and the parking lot was almost full.

Upon leaving we decided to go into the town of Castiglione del Lago to get some groceries and have a look around.

It’s a fair-sized place right on the water and has a small promontory jutting into the lake, with a castle/fort on the top.

We parked right at a park on the lake and walked out onto a little ferry wharf. The wind was blowing pretty hard and the water was choppy and colourful – it reminded me once again of home – nice large lake with small mountains all around – very pretty.

We were both still full from lunch so dinner for me was light – just some peanuts and a small bowl of the chicken soup I made yesterday.