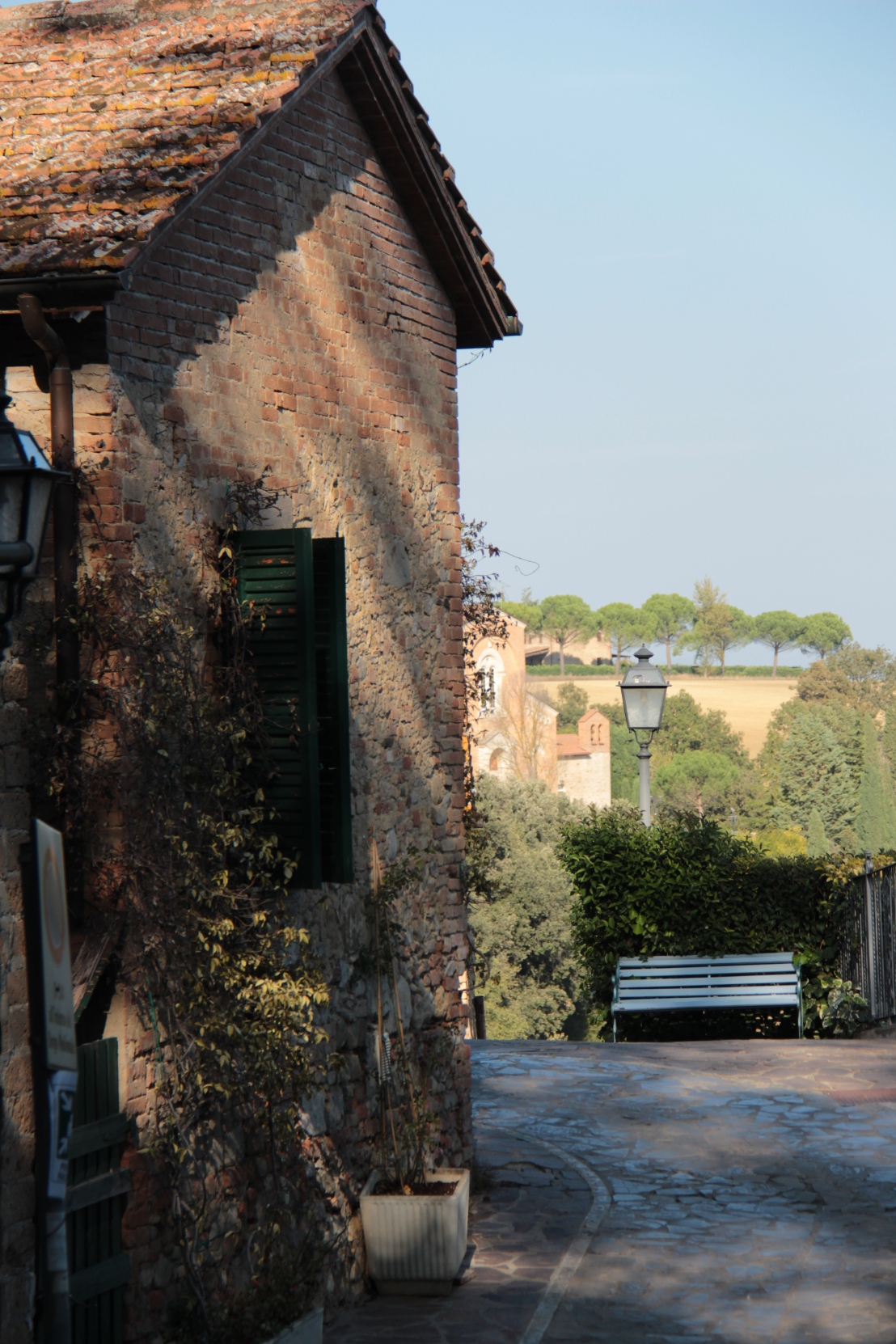 Did some laundry and hung it outside – hopefully it will dry despite the fact that the terrace no longer gets any direct sun. It’s pretty warm and there’s a bit of a breeze so it should be ok.

Took a walk down to the village with Colin and Mo – got a few things from the store and popped into Poppy’s for a bit. Back at the house the big black cat came by for lunch – once again I avoided getting slashed or bitten. 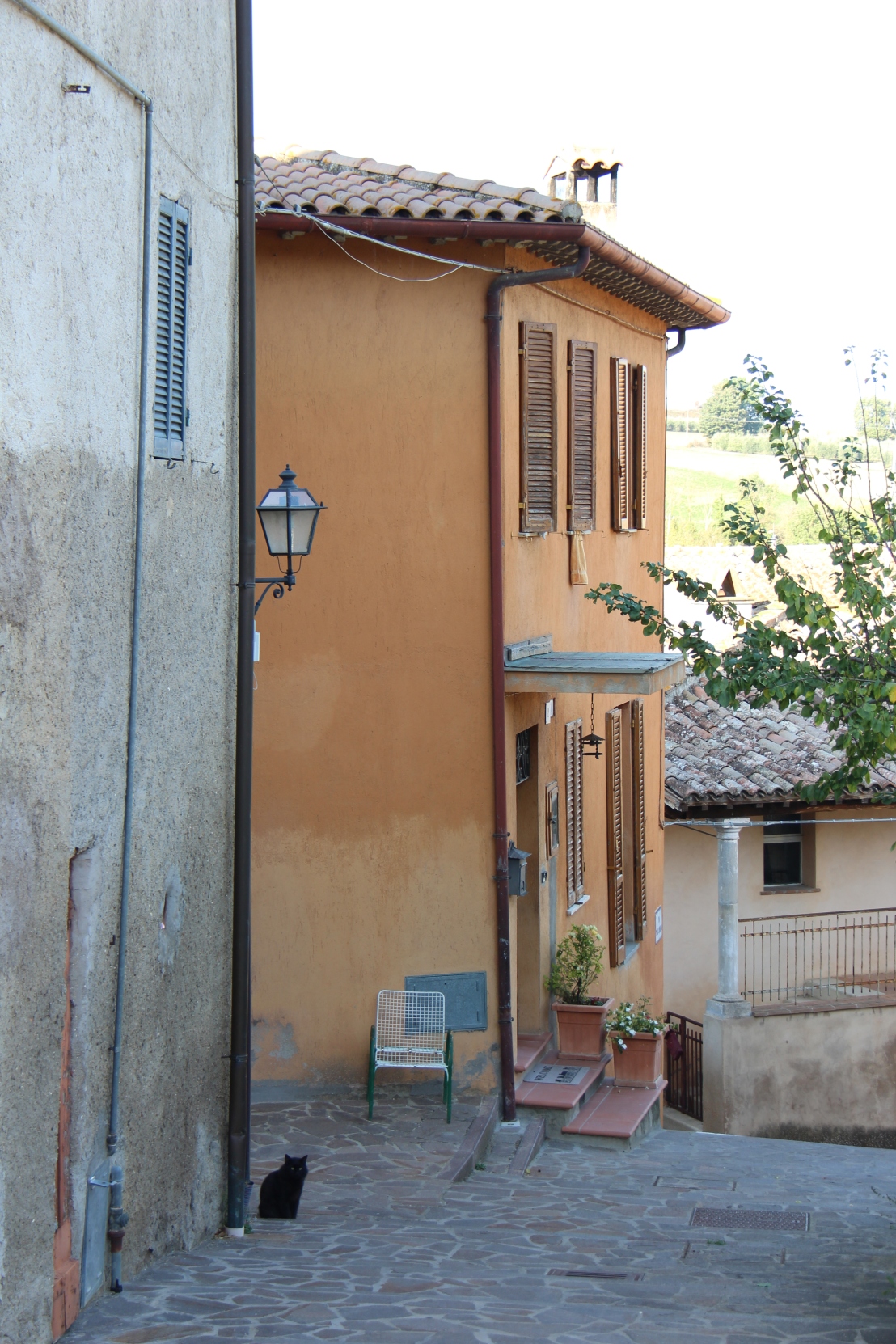 After spending a couple of hours sorting out what I’m going to leave here and packing my two large panniers with what I’m taking with me we went for a nice long walk. We headed up past the bell tower and along the gravel road up the hill to the south. 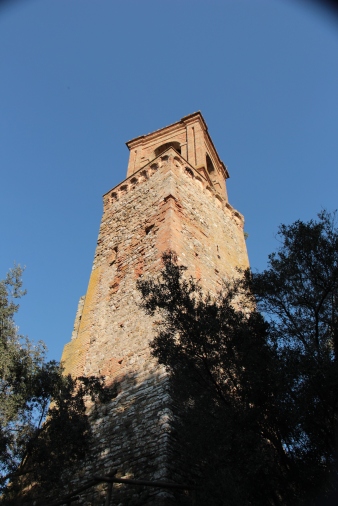 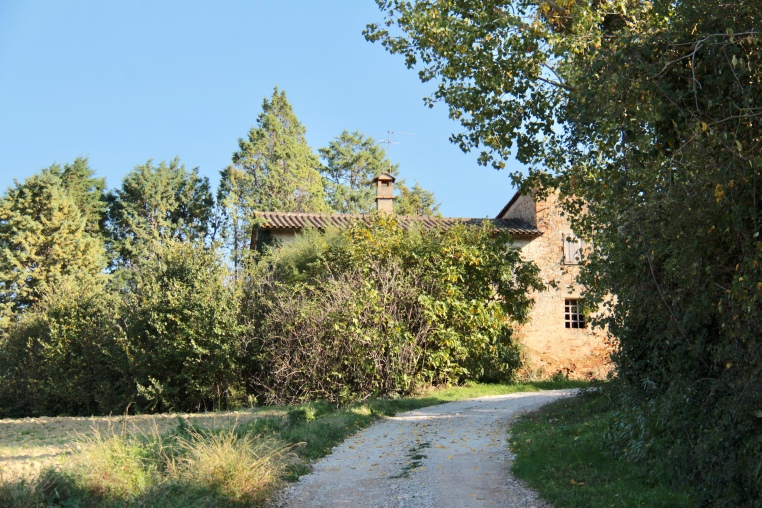 We stopped at the large abandoned house partway up the hill and had a look around. It’s in an ideal place with a nice yard and beautiful views, but is quite a ‘fixer upper’.

At the top of the hill we turned left (east) instead of right, which would have taken us past the barking dog house. There are great views both north towards the village, and south along the valley.

Partway down the hill we came to a house where the schoolbus was turning around. At the same time a big dog from the house came to greet Mo. The bus driver told us that the dog’s name was Carlo – Mo and Carlo had a good sniff before Carlo’s owner came to bring him back into their yard.

Another house also had a big dog that barked a bit – Mo said hello through the fence. It’s a good thing the dog seemed fairly friendly as the gate to the place was open. 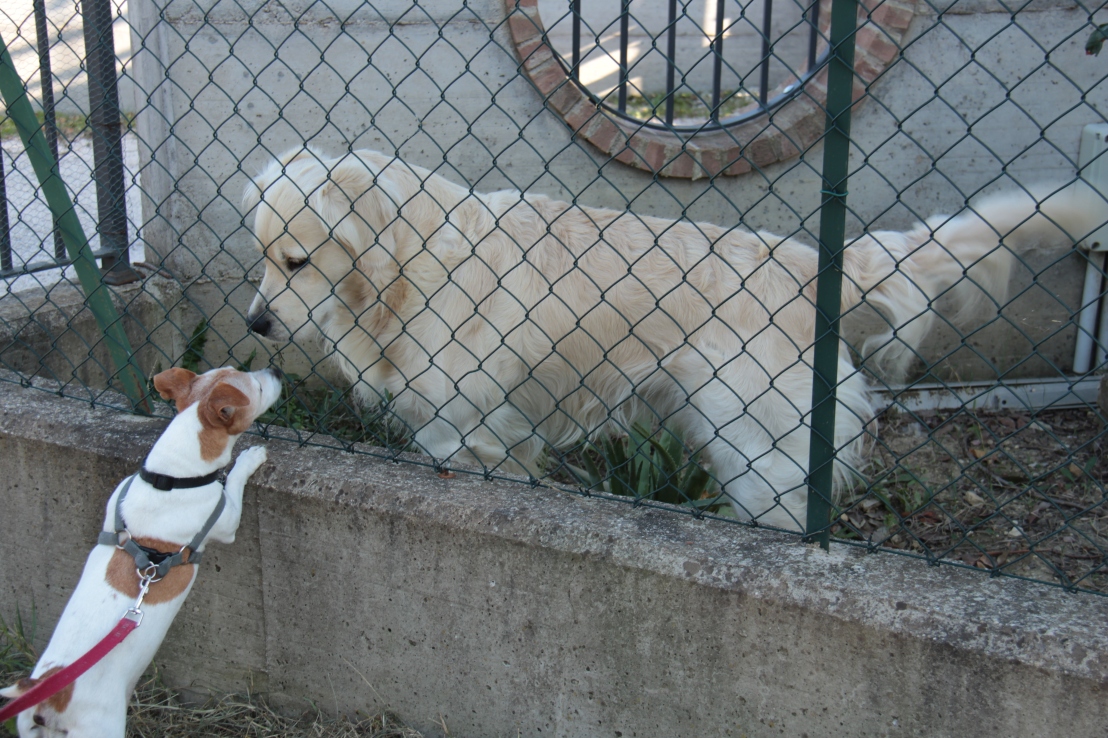 Mo doesn’t care how big a dog she meets – if it’s a male she is likely to be friendly with it, but if it’s a female it’s usually a whole different story. 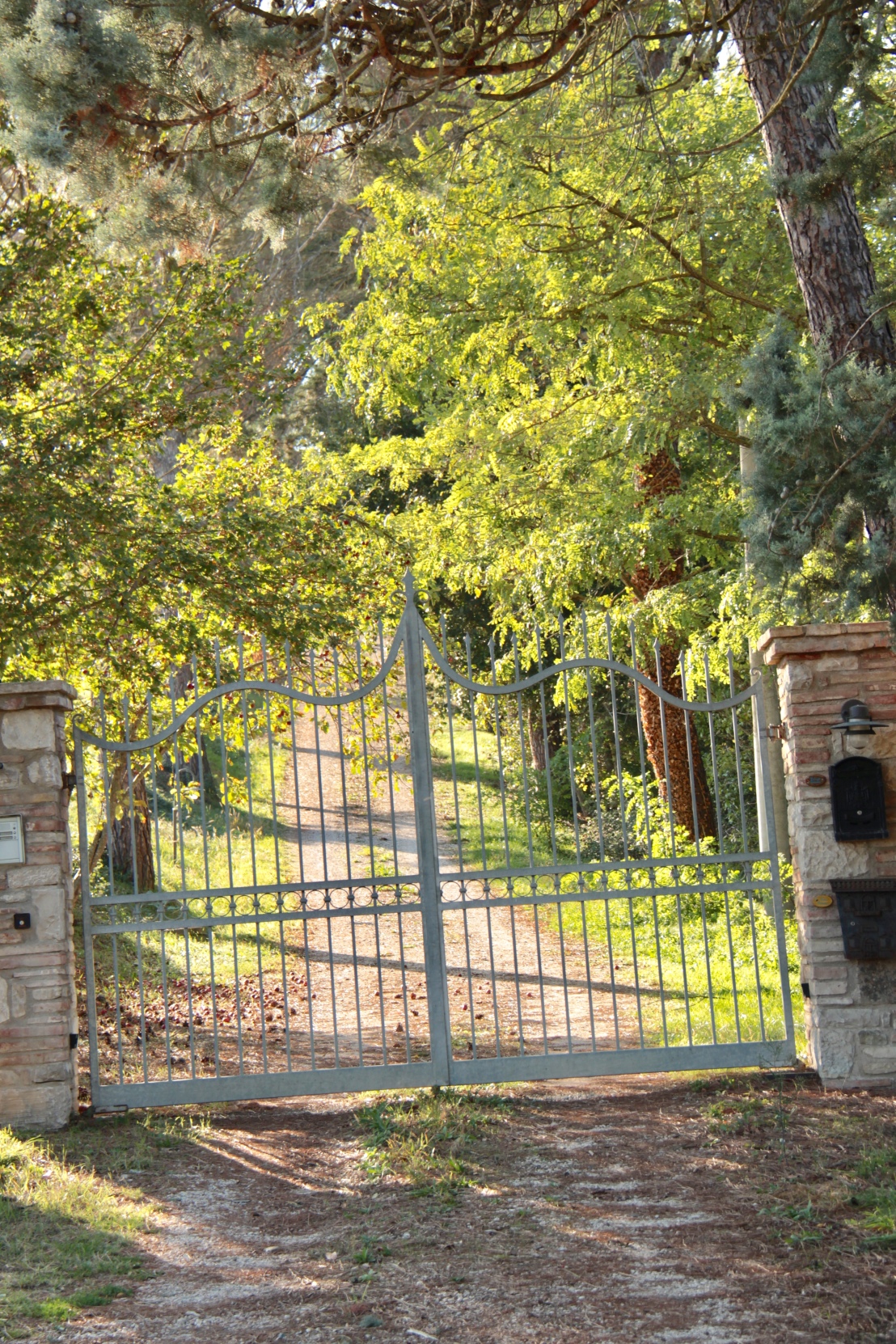 We stopped at Poppy’s again on our way through the village then went home for dinner of ham, tomato and onion omelette with fries. At one point I went out to check if the moon was up yet – I walked down one of the small alleys that came to a dead-end. The curtains were open with the lights on in one place that you normally can’t see into and while it looked like nothing from the outside it looked really nice inside.

A little later I went back out to see if I could get a good shot of the full moon – well it was full yesterday, so close enough. I didn’t have a great view from where I was so didn’t get any pics but just as I was turning back the woman in the house came out to see who was walking around – I showed her my camera and said ‘photos – luna’ and she smiled at me and went back inside. I settled for a night-time shot of the stairs with the bell tower at the top instead.