Yesterday morning Colin took Mo to the vet in Marsciano to get the tablet she needs in order to update her doggie passport so she’ll be allowed back into England. While they were gone I took the opportunity to finally do yoga again. Black cat got another nice breakfast.

Before Colin and Mo got home I walked down into the village for a haircut, and I must say that Matteo did an excellent job. Luckily he spoke very good english so understood exactly what I wanted and I’m very happy with the result. 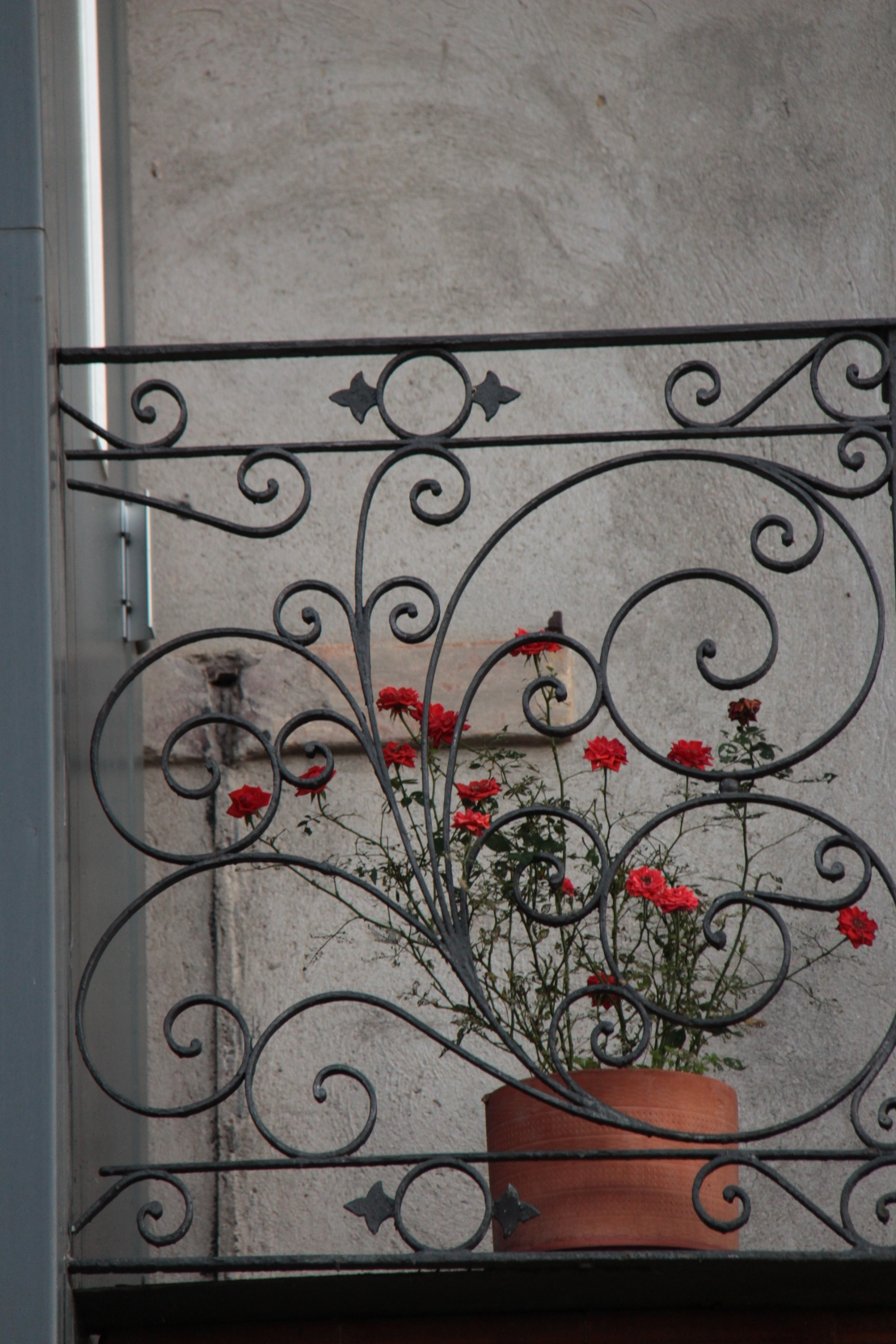 Afterwards I went across the road to Poppy’s and waited for Colin and Mo to join me. Back at the house we continued to organize, then when we were done we returned down the hill for a final drink.

The owner was very sad when we told him we were leaving in the morning, but cheered up a bit when we assured him Colin would be back in a few months. We said goodbye and walked back up the hill.

A little later in the evening I heard noises next door – Angelo must be back from his latest business trip. We’re sure the black cat belongs to him and are glad he’ll have his owner to take care of him when we won’t be here.

Got up nice and early this morning so we could do the final car loading – we saw Angelo on our last trip up to the house. And the cat was never really alone – the neighbour on the other side of Angelo was also feeding him so I’m surprised he’s not gotten fat. His name is Mao – the cat, not the neighbour. 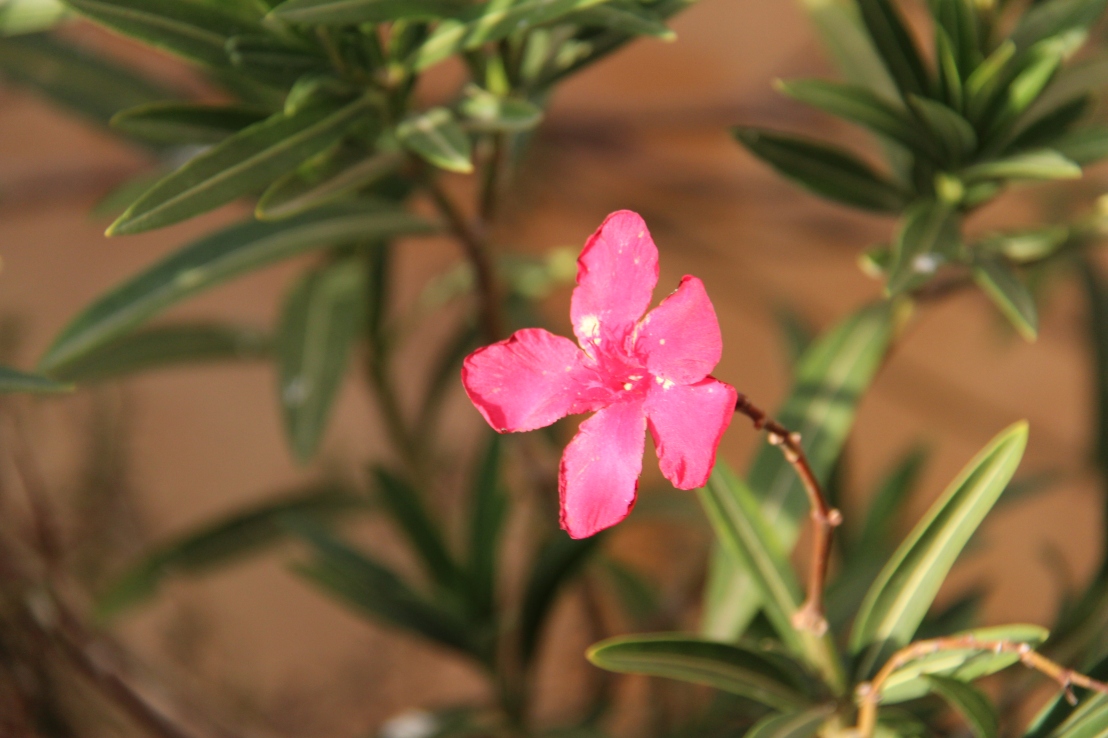 We got on the road at a decent time – about 20 to 9. It was pretty nice out when we left Papiano, but as we got further north the weather got worse and worse. We stopped a couple of times for bathroom breaks and got coffee and paninis at the second one – last of the good cappuccinos for awhile, I guess.

By the time we neared the Austrian border it had been raining for quite a while, and the temperature outside had been steadily dropping. As we entered the tunnel at the Brenner pass – goodbye Italy! – it was raining, and when we exited – hello Austria! – it was snowing.

The snow turned to rain again as we descended towards Innsbruck, and the place we’re staying is a village called Mutters, with another small village right below called Natters – I thought that was kind of funny. 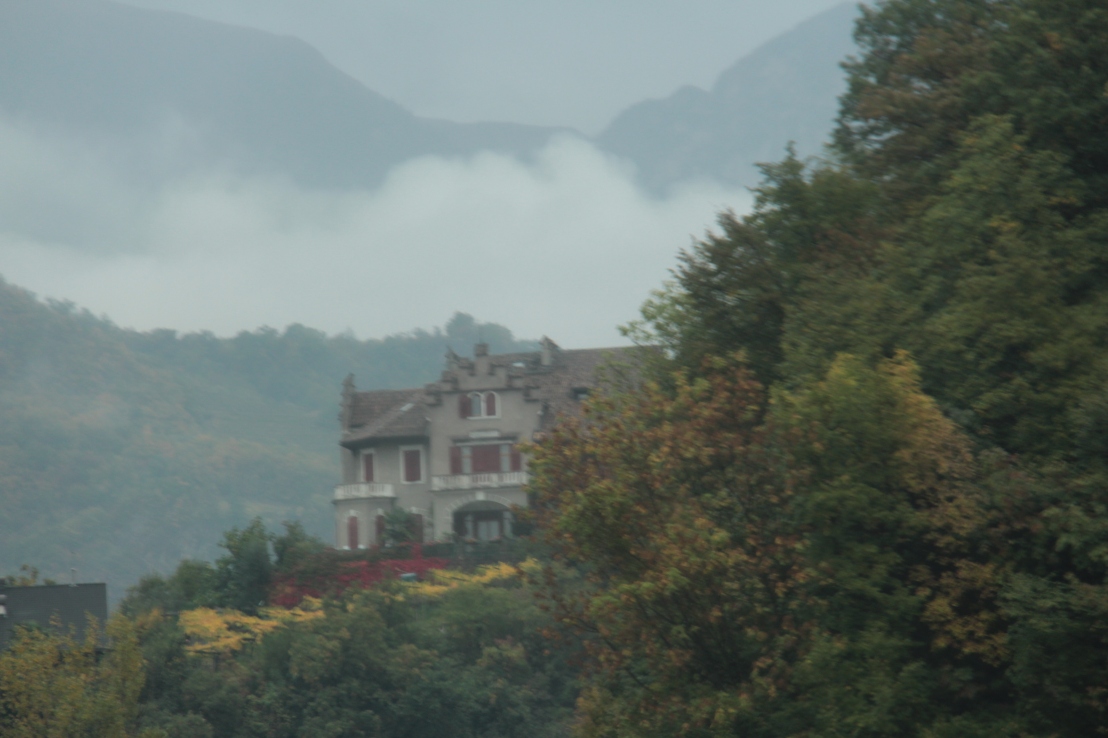 Our hotel is actually a health spa that has two parts and it’s a bit of a maze to get between them. There’s a nice looking restaurant but we chose to stay in the room and snack instead – fairly early night as the day was a bit tiring.