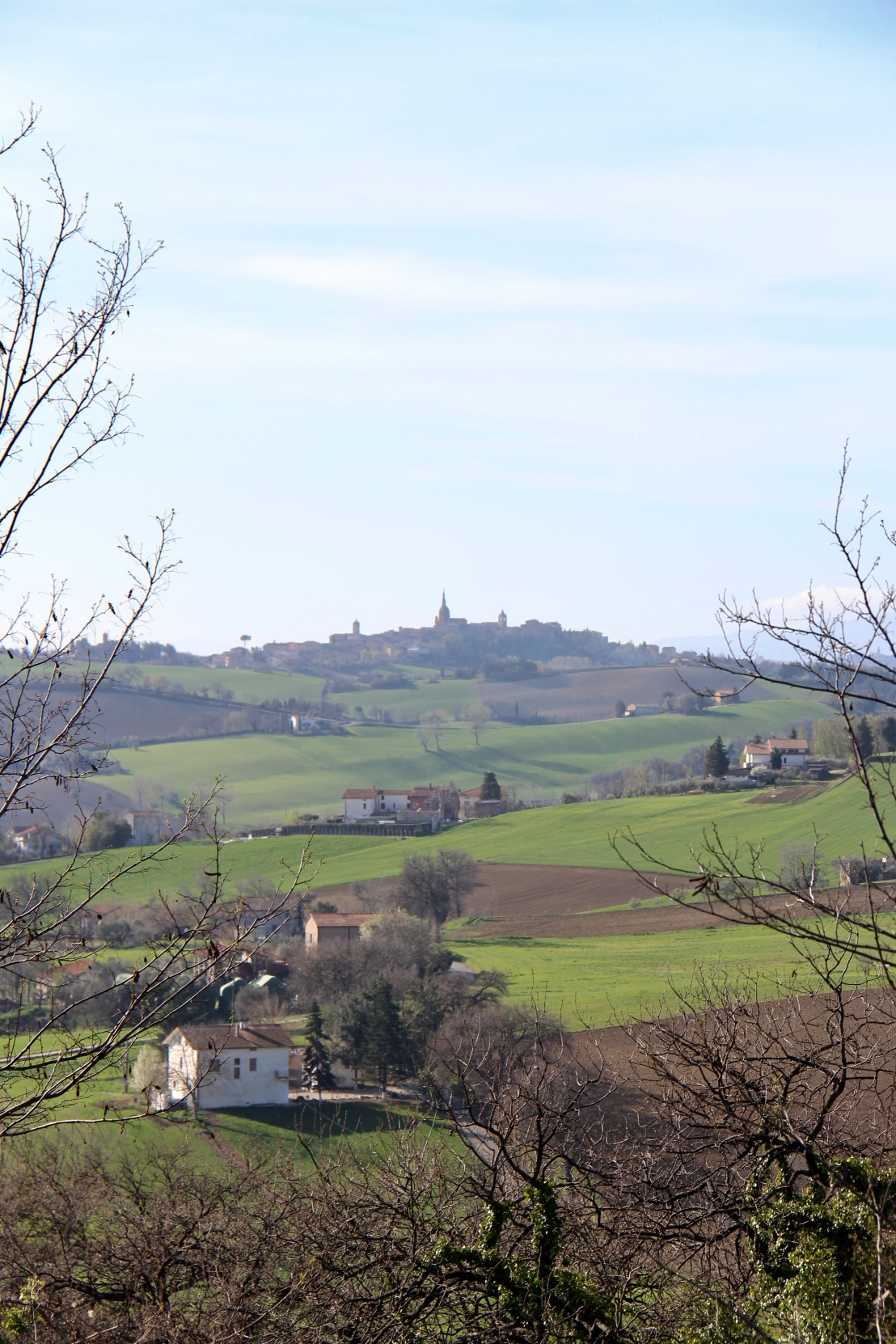 Woke up early to another beautiful day – blue sky and sunshine once again. We left our nice free site around 10:00 and headed to Senigallia, which is on the sea. Did a bit of food shopping, and made our way to Recanati, which is where today’s stage ends.

Once we had passed the town of Loreto we followed the route to the end – they actually do a circuit three times before finishing in Recanati. There aren’t any real mountains on the route, but the hills are steep and punchy – we ended up pulling into a church parking lot where a couple of other campers were already parked. The churchyard has excellent views of the wide, flat valley below. 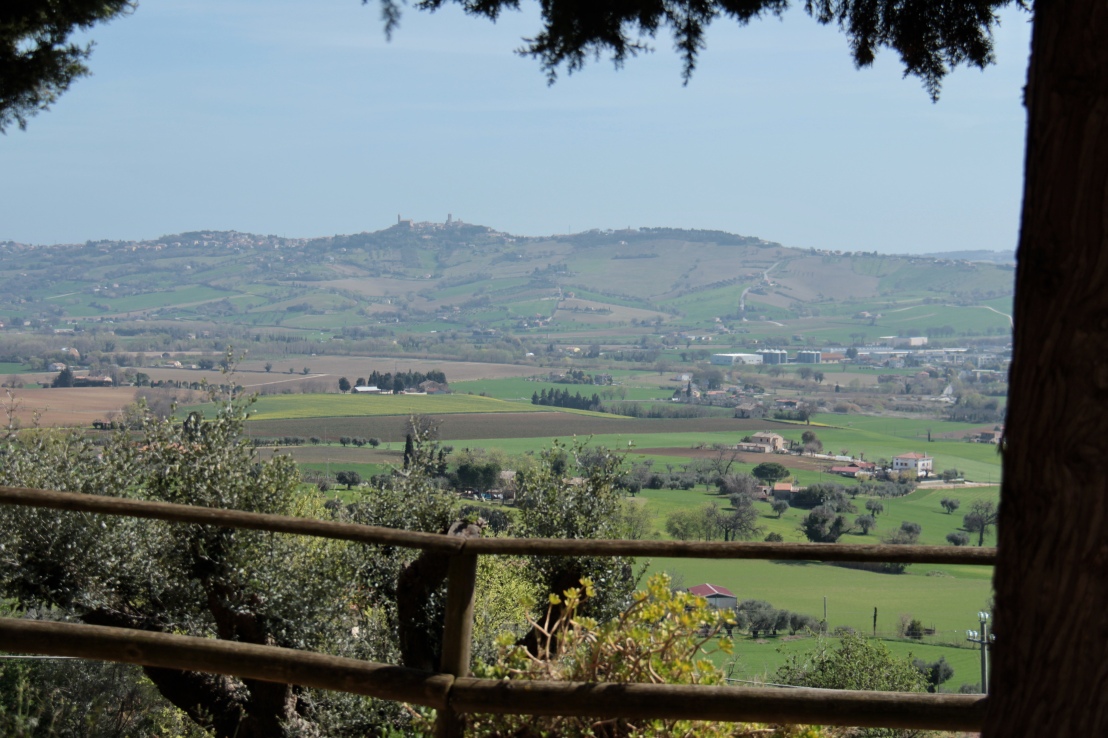 We are partway up one of the steeper climbs and have 3 different kinds of officials to control the cars and people. Two of the policemen are right on top of things – no one is going to get in the way of the racers with them around. One of them speaks very good english so we all got to chat a bit. 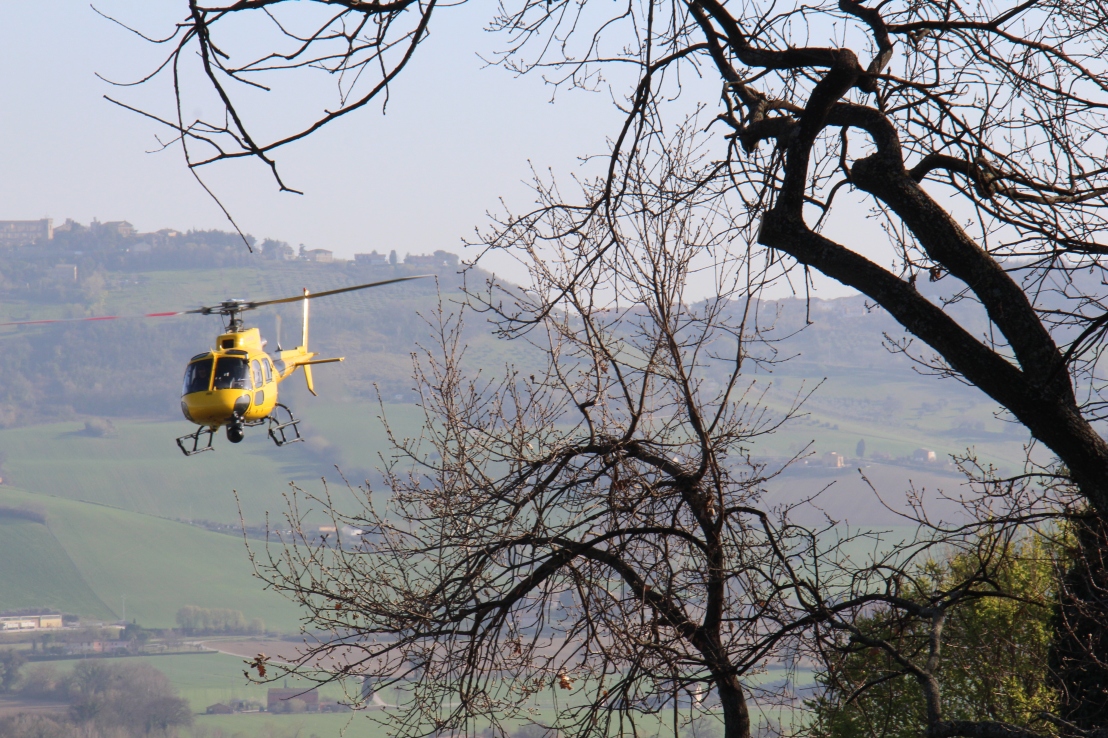 There was a group of Italian men just down the hill from us and they were having a picnic – proper wine glasses and everything. I think they downed 3 bottles of red with their lunch, then one of them had a snooze under a tree for awhile. 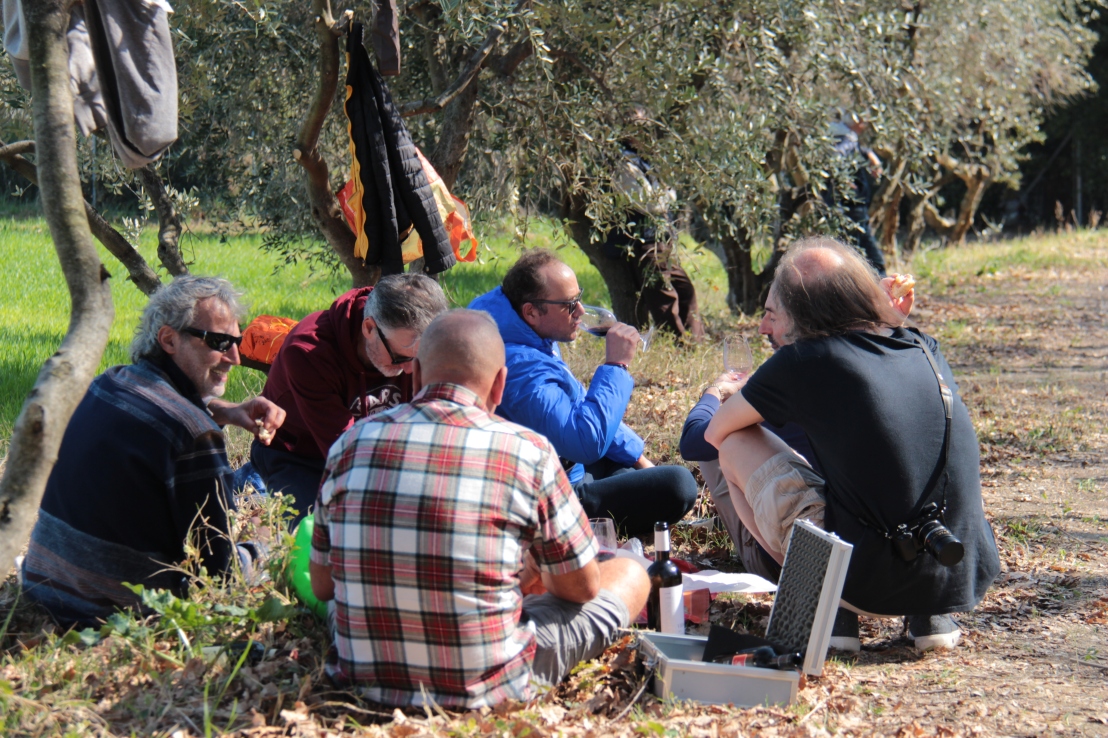 The racers reached us the first time around at about 3:20 with a breakaway of 12 or 13 riders, and each time they passed they were more strung out – each circuit took about 40 minutes. 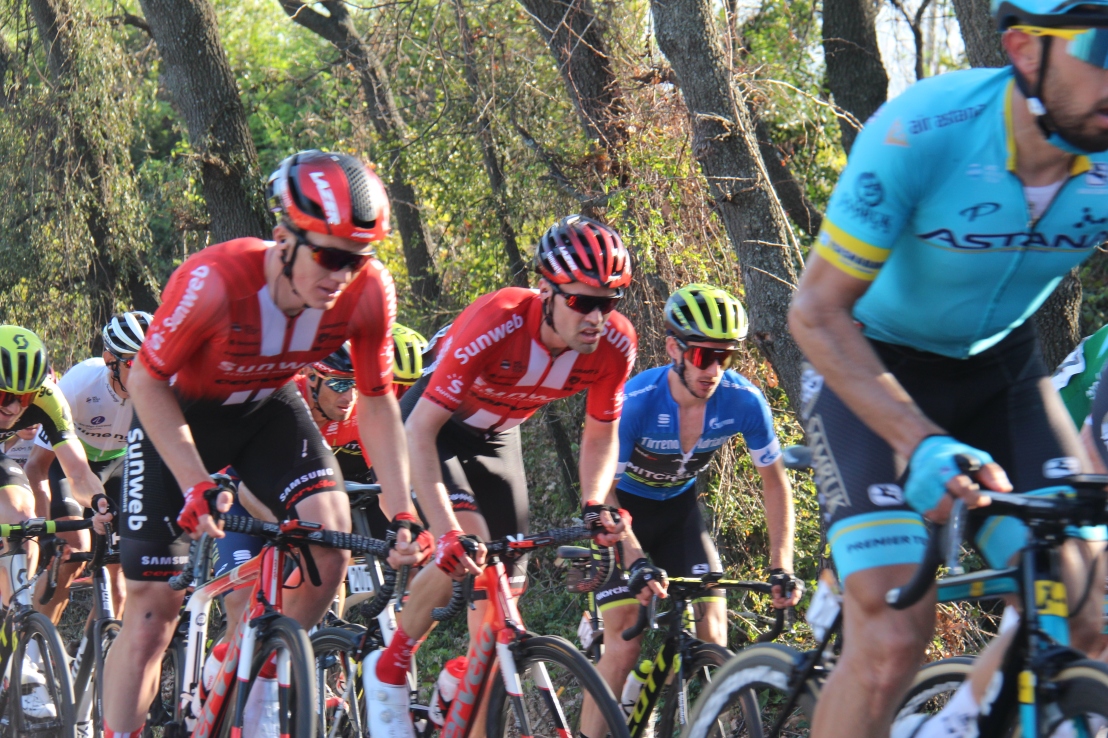 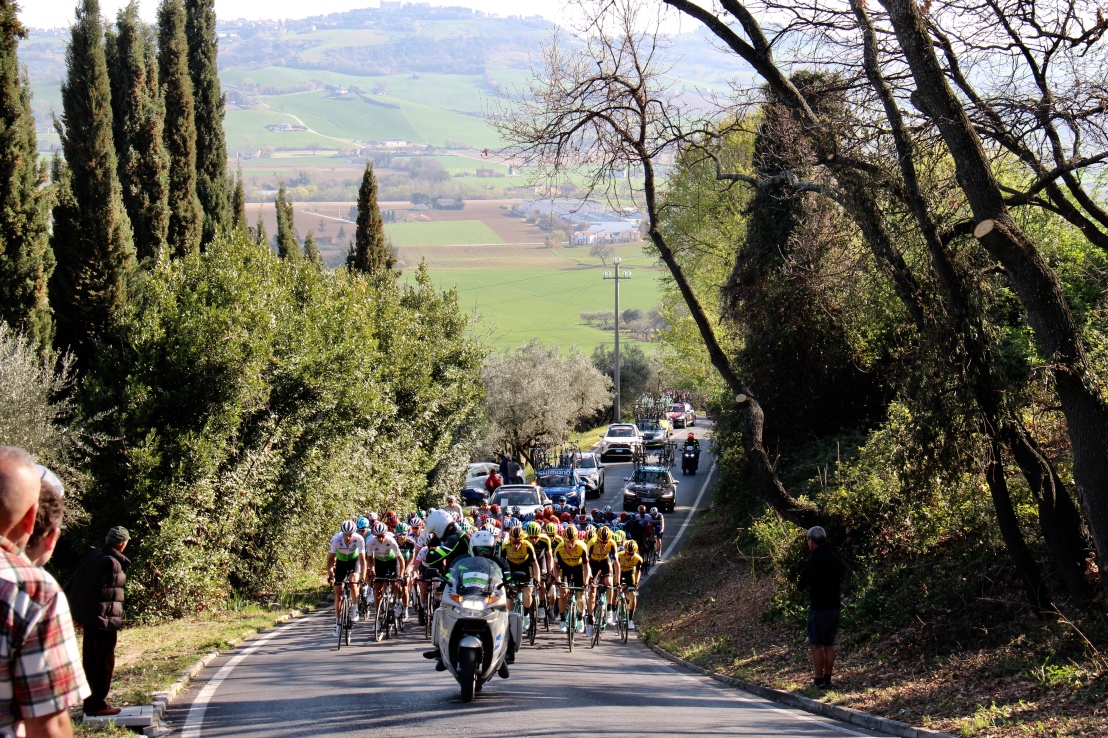 On the last circuit Daniel Oss shared some words with the fellows that had the picnic, but I couldn’t catch what was said in Italian – they got a laugh out of it, though. 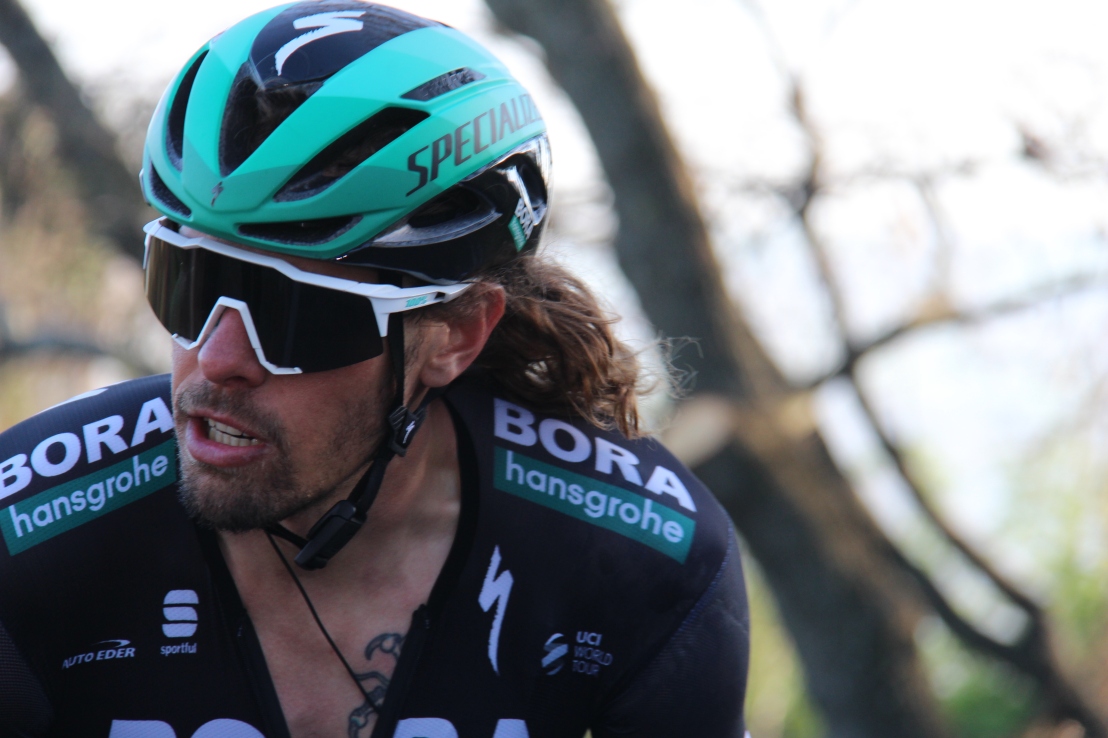 The sprinters (including Peter Sagan) passed in a group a good half-hour after the first riders had, but they didn’t give up. 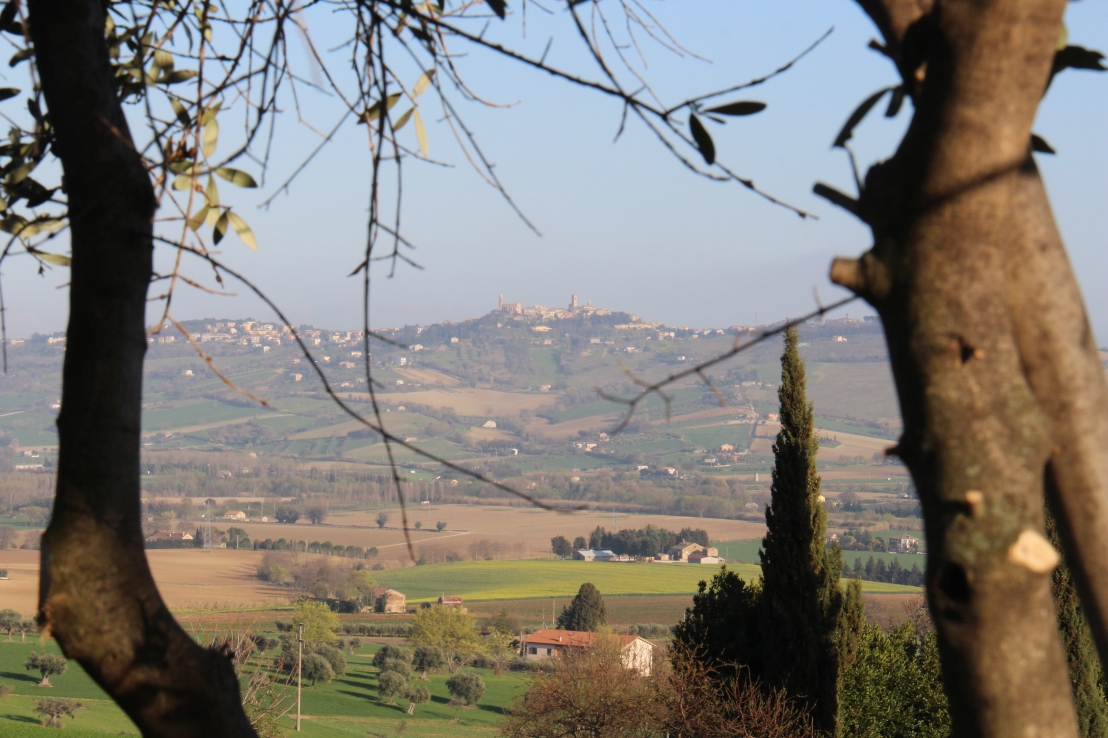 I wanted to get a photo of the two policemen but they told me, with a smile, no. The younger one did, however, turn around so I could get the badge on his shoulder bag. 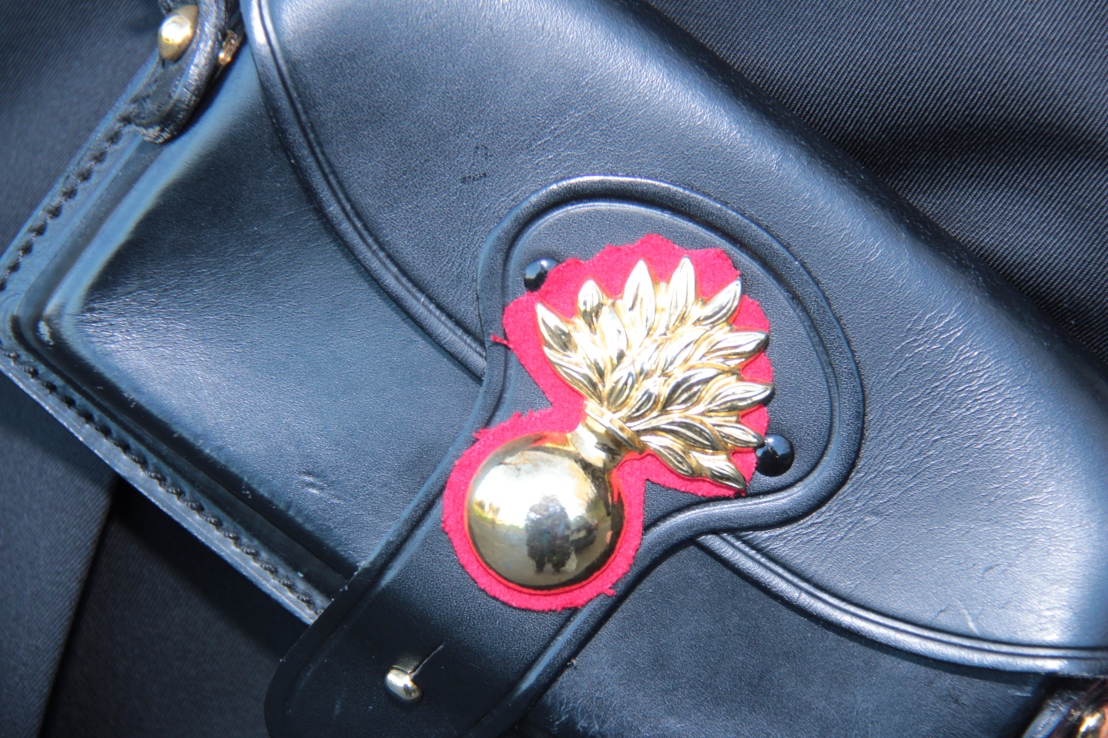 Packing up took no time – we’d only put one flag pole up since we were right under a tree. Our destination for the night, Castelfidardo, was only a short drive away, made longer by mis-direction from miss GPS that took us down very narrow streets, including a dead-end. A group of young girls watched as Colin had to backup and turn around with no space to spare – at least they got some entertainment out of it.

We eventually made it to the camperstop, which was 4 free spaces next to an ambulance place – there were no emergencies during the night.