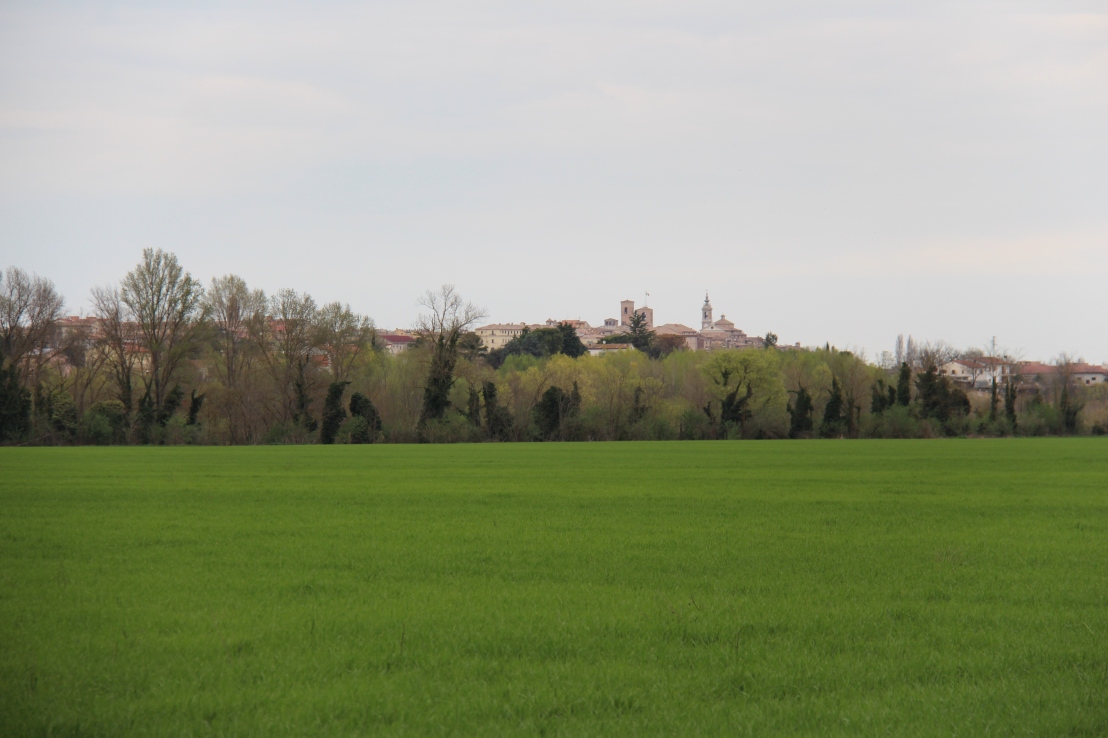 The day started as the last few days had – very warm and sunny. We left our free camping spot at a decent time for the trip slightly north to Jesi, where the racers will do a short finishing circuit three times.

We followed the circuit all the way around and picked a great spot on a corner, then settled down to wait. We sat outside under blue sky without even a sweater but that soon changed – grey clouds moved in and temperature dropped from 19 to about 10 in the space of an hour or two.

We ended up inside the campervan to wait, although it never really did rain – just a bit of spitting now and then. It was cold enough that I actually got to wear my winter coat, hat and gloves.

A couple more cars joined us in our spot, and several more folks walked down from a side road to watch as well. 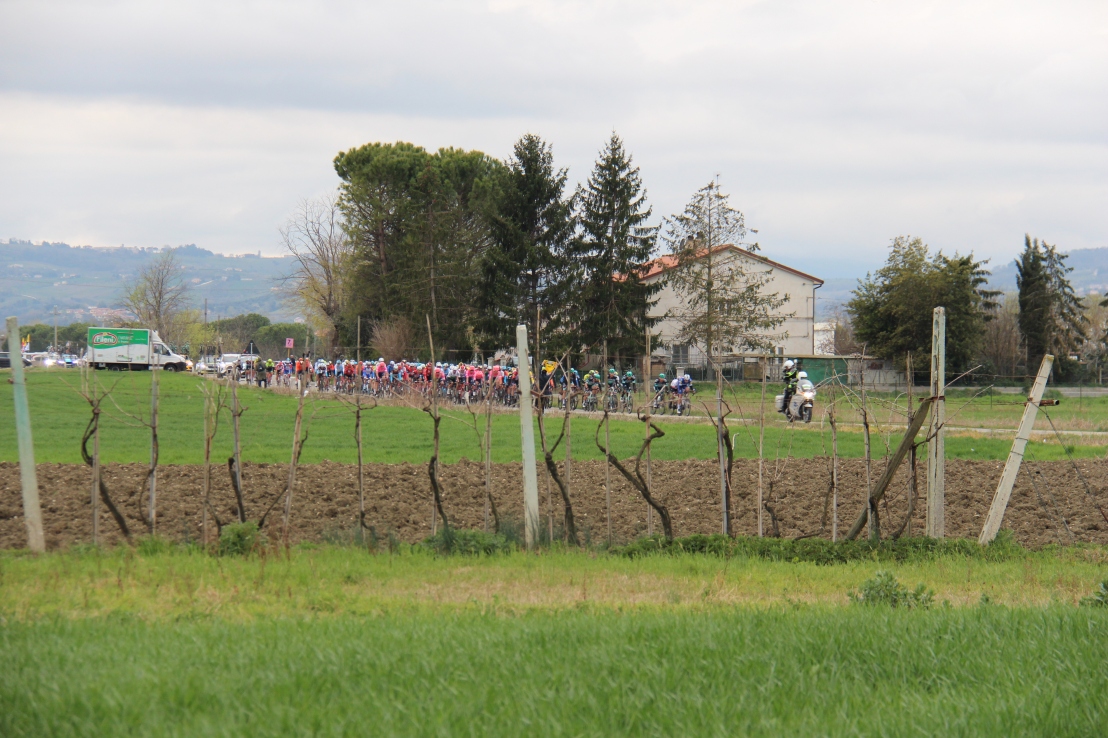 On the first pass there was a lead group of seven or eight followed about a minute later by the rest of the bunch. They passed so quickly they almost blew me over and most of my photos, even in sports-mode, were blurred. 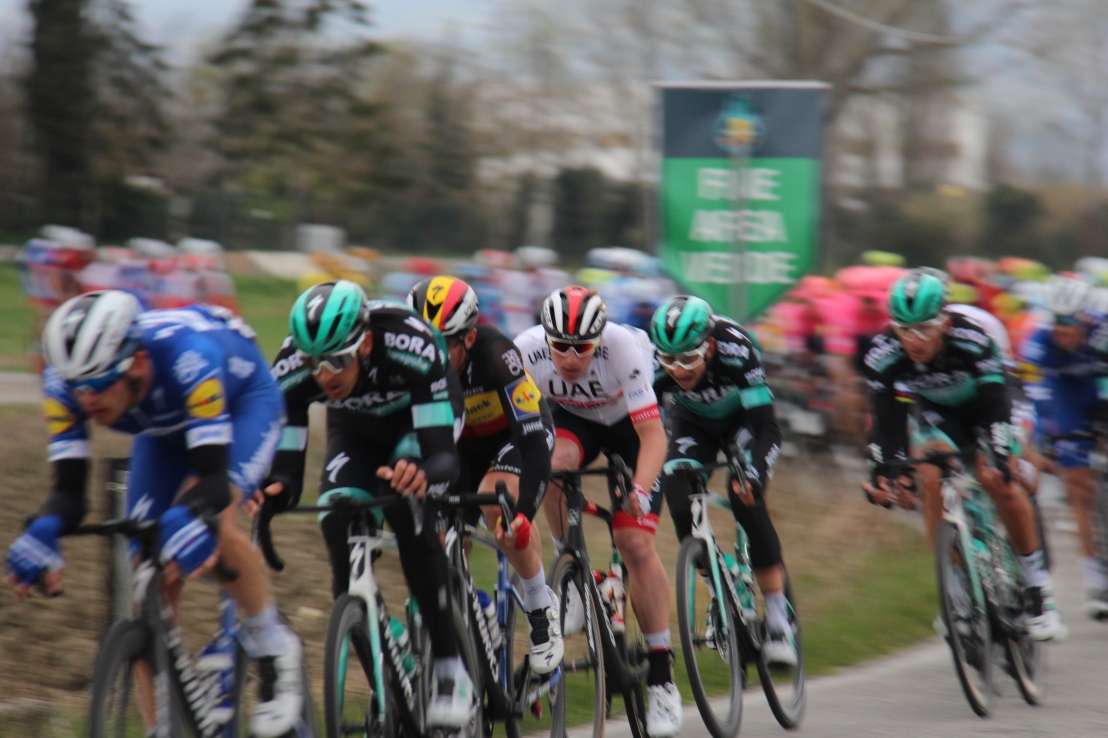 For the second pass same thing – I got a few not bad shots and lots of blurred ones so I changed my settings to see if it would help. Basically I got a few less blurred shots, but the exposure was very dark and the flash didn’t co-ordinate properly with my camera.

Upon closer look I did get a couple of decent photos when I lightened them up a little so all was not lost.

When we left we drove back to the coast and along the motorway south to San Bernadetto Del Tronto, and part of the way it just poured rain – we were lucky to have missed the worst of it when we were outside and the race was happening.

We parked for the night right down at the port, since both the start and finish of tomorrow’s time trial are within walking distance.