Race morning was misty and chilly, with a very brisk wind. Took another walk to Underhill Farm cemetery/memorial, but this time did it without the tears. Once again I’m very glad I brought my winter coat – despite the cold conditions I was toasty-cozy. 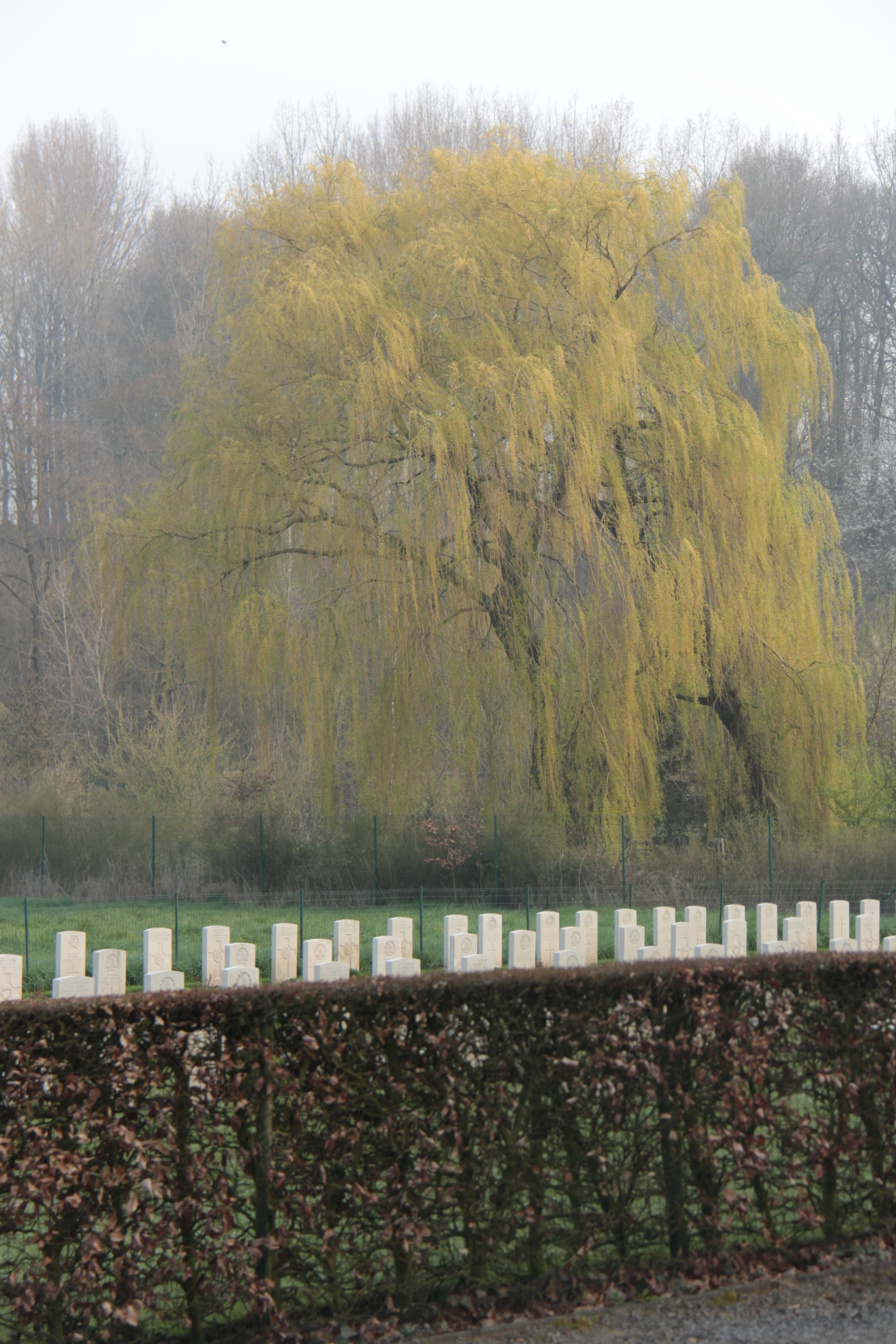 I was about to take Mo for a walk when I saw some official vehicles go by and realized that one of the races was already coming. At about the same time I saw that Mo’s halter wasn’t on properly and she was in danger of slipping out. Since I didn’t have time to secure her I scooped her up in my left hand and pointed my camera up the road with my right and just started clicking. It turns out I got mostly clear in-focus shots with no blurry ones so Mo must bring good luck! The group was the under-23 men and they seem to be in teams based on country rather than sponsor.

About an hour and a half later we were putting up our flags – just the Lion of Flanders, my Maple Leaf, and a Union Jack in honour of where we are and what happened here. As we secured the pole I noticed two police walking towards us – a woman as well as a man with a dog. The dog was beautiful – a german shepherd with black markings.

We were very politely told that we’d have to move the campervan as it was too dangerous for the riders (it hadn’t seemed to bother the first group….). We could already hear the heli’s coming so we all agreed we should re-locate after the ladies race had passed.

We asked about the dog, trying to find out if it was a sniffer-dog for drugs or explosives. He told us no – he’s an attack dog, and is with him all the time, not just during work hours – luckily he seemed to like us. After the race had passed we hopped in the campervan and drove a few hundred metres past the barricade at the corner where the racers make a sharp right turn.

We got re-parked and setup the flags – it was so windy I wondered if the pole was going to snap. We had time for a bite to eat, then walked to the corner to catch the next race about another hour and a half later. This group were professionals but not the elite ones we really came to see.

Another 90 minutes passed and then the ones we were waiting for arrived – led by none other than Peter Sagan. There’s a fly on his right shoulder in my photo, but it’s not our pet campervan fly – that one is still buzzing around inside. 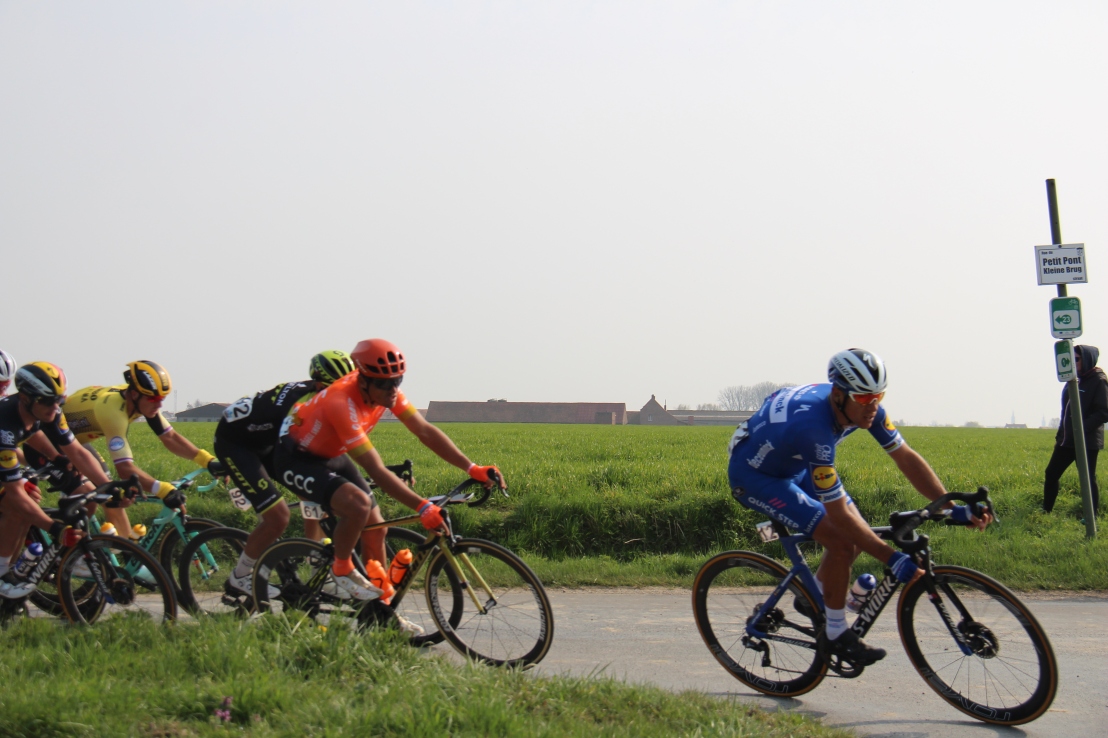 We stuck around long enough to watch the end of the race on tv, took down the flags and headed back to the campground in Zwalm.