As I went for my morning shower I noticed that the door to the shower room was open several inches and thought ‘damn – they’re letting the nice warm air out’ as I closed it firmly behind me. While I was in the shower I heard the door open to the main room, but no one else seemed to be showering.

When I exited my shower room I saw the little orange cat, and noticed two dishes on the floor, as well as a cat-bed. I then realized that the kitty used the room to eat and sleep in and I had effectively locked her out – I call it her because its in the ladies room, not the men’s. A short while later the maintenance man had filled up the two dishes – she doesn’t get water, but had a full dish of milk in addition to the full dish of food.

We had a general destination in mind – one of the 29 pave/cobble sections of Sunday’s race, so keyed in the small town of Bersee to the GPS and headed out. We crossed the ‘border’ into France and found the town, but had a heck of a time finding the actual route due to road construction and some of the very tiny roads not being on our fairly detailed map. 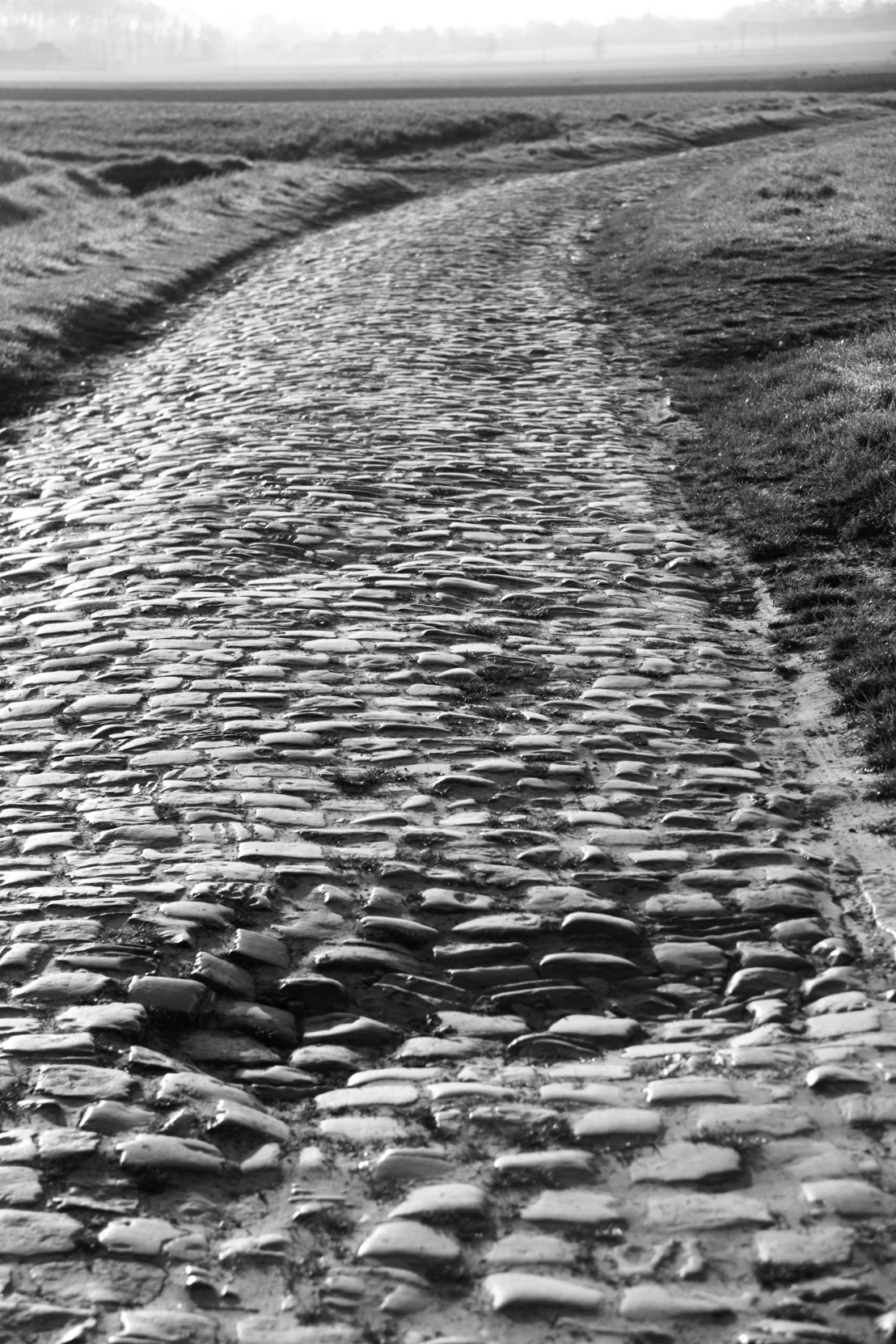 After taking the ‘scenic’ route we eventually found a great stretch of pave – section 12 of the race – with a nice place to park so took it. There was one campervan across the road just down from us so we figured it would be ok. More than one of the race teams went by on a re-con run. 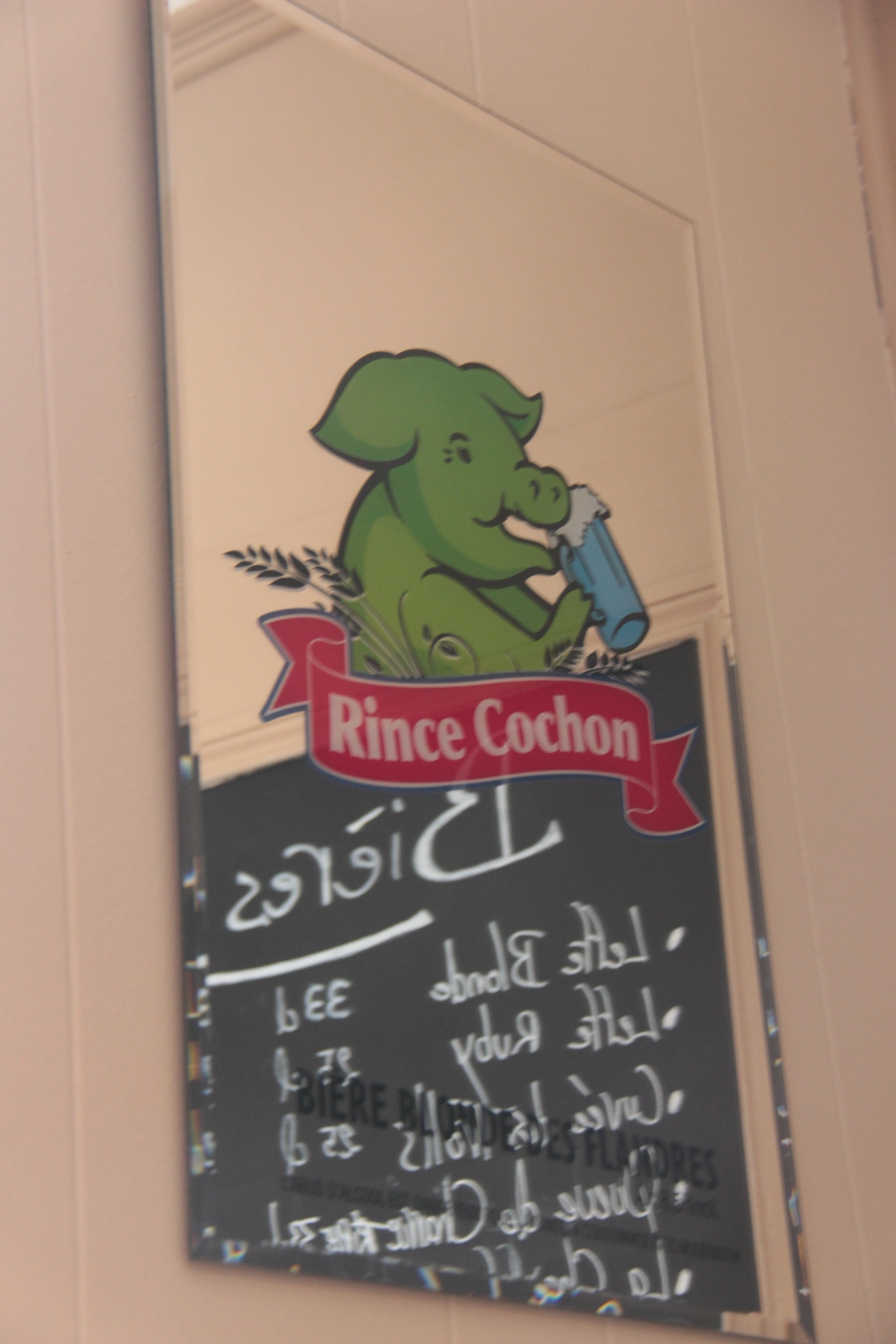 After we settled the campervan we went for a walk into the town – it was a fair ways but the cafe we found was worth it. The wine was very good and the server spoke pretty good english. We walked back along another bit of the pave route – there were several campervans parked at a really sharp corner so the racers will be slowed by more than one thing at that point.

The next morning we heard a large vehicle and looked both ways up and down the road but no campervans were in sight. Then we saw the large blue tractor in the farmer’s field across the road – he was spraying his grass (uck!!) but luckily the wind hadn’t picked up yet so there wasn’t much drifting.

The first of the sportif riders got to us at about 9:45, starting out one by one, then slowly more and more coming. As Colin was putting up the flags for the day a local fellow came by and started chatting with him – he lives ‘in the second house from the corner’ just up the way, and had invited us for an apperatif sometime around noon. 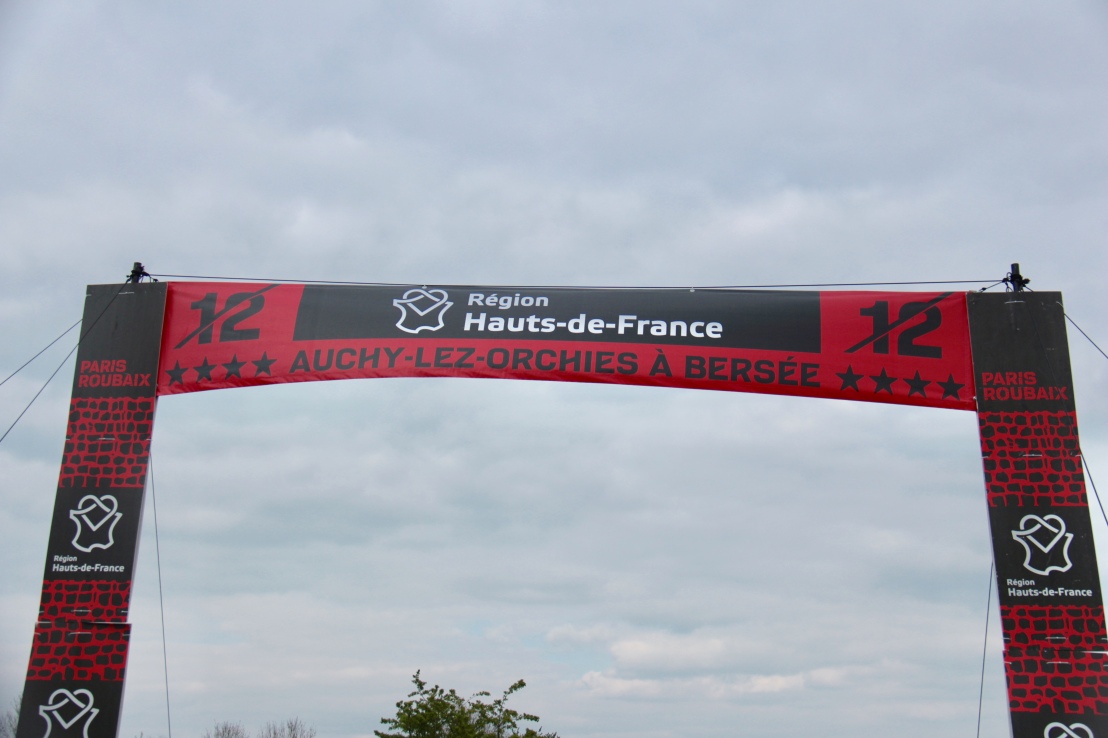 I actually got on my bike and rode into the village mid-morning – it’s a good thing I had lots of warm clothing, but even then my face almost froze. I had a nice, very strong coffee at the same cafe as yesterday – they had good wi-fi so I got caught up on a couple of things. I then walked my bike around the corner to what I thought was a grocery store but turned out to be another bar that also sold lottery tickets and tobacco.

It seemed to be a ‘locals’ bar so I thought ‘what the heck’ and sat down and had a nice glass of wine. I finally looked at the time and realized I better get going back or we’d miss out on our invitation for the apperatif. As I neared where we were parked and rode around the corner towards the campervan I had to get off my bike and walk it – so many sportif riders were coming towards me I couldn’t ride in the opposite direction. 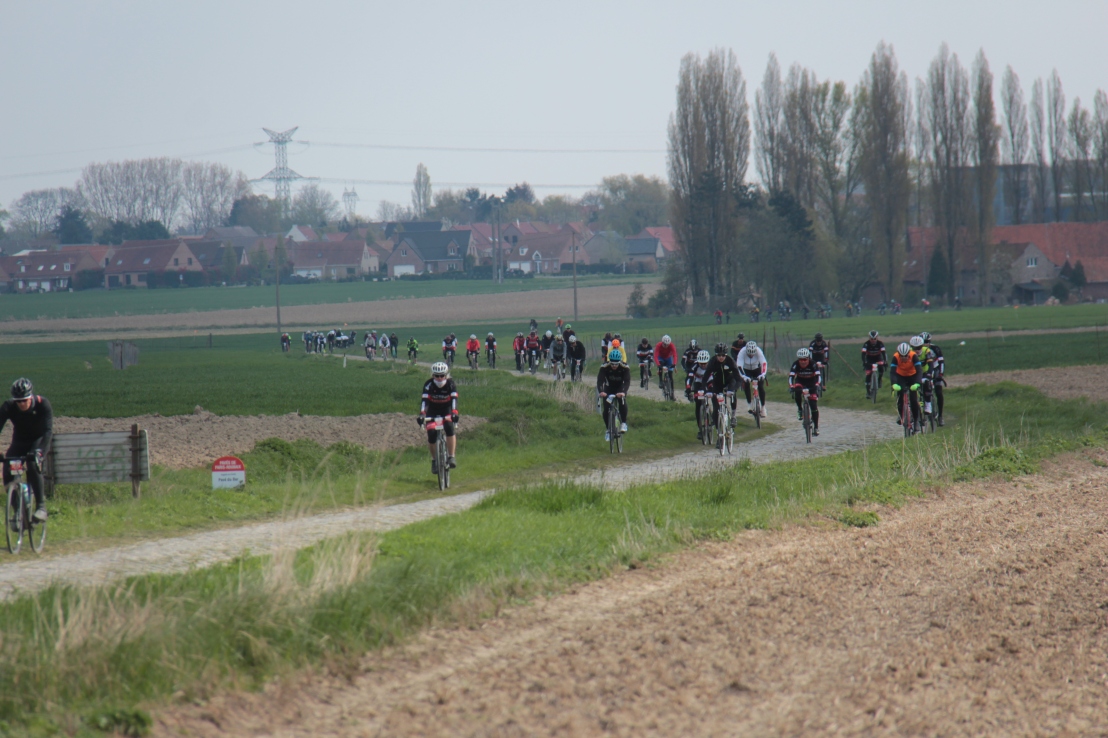 Before I got half-way down Colin was walking towards me so I turned around and walked with him back to the nice local fellow’s house. They un-locked their gate and invited us into their beautiful modern house. He and his wife, Michelle, were very warm and welcoming and we enjoyed more than an hour of conversation and a couple of glasses of very good red wine with them. Their grandson, Antoine, arrived just before we left – they were so nice. The husband was born in Italy, and they had worked and lived in many places, including Canada, the US and Australia. 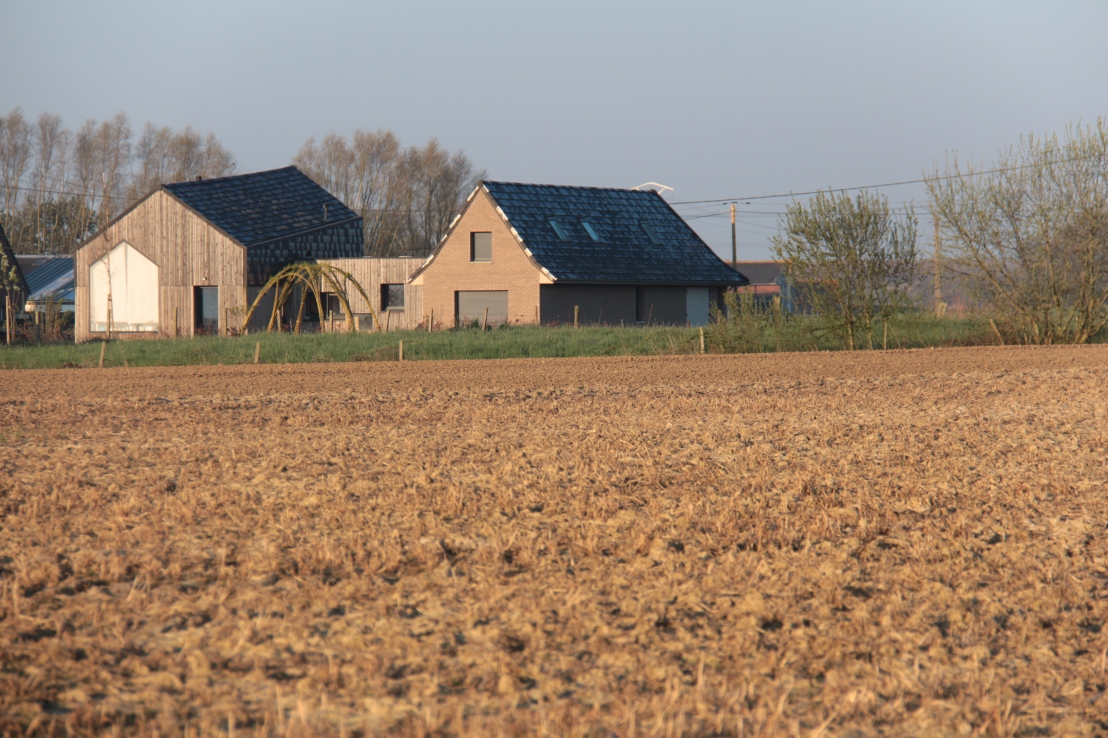 The sportif riders were coming at a great rate, although nothing like last week at the Tour of Flanders. One thing that bothered both of us was two young ladies on horses going in the opposite direction as the riders – the horses, especially the white one – were not comfortable and we thought that the riders were just incredibly stupid to be endangering not only the bicycle riders but also their animals.

The campervan across the road ended up with two others for company – we think the two newcomers are friends as one arrived, spoke with the original guy, then pulled in front of him right next to the road. We commented to each other that he was too close to the pave and would for sure get told to move back before the race arrived, but he had a plan. A little later another campervan and a car pulled up and they all re-arranged themselves in a line well back from the road – no one was too close after all so I didn’t have to stomp over with the new whistle that Colin got for me and demand that they move.

We had a nice dinner of pasta with sauce and a small salad, then as I was doing the dishes afterwards I noticed what I thought was our pet fly on the window in front of me. However as I Iooked closer I realized it was actually a spider that was making its way upwards and before I could react it had climbed behind the upper cupboard. I decided to let it live – it looks like we exchanged our pet fly for a pet spider.

Once again I stayed up way too late reading. I finished the book ‘Arthur’, about an injured stray dog in Ecuador that latches onto a Swedish endurance racer and just keeps following him – it was a great little book and I’d recommend it to anyone, especially if they love animals. I laughed out loud more than once, and also cried – warning/spoiler alert – it has a happy ending.