We’d arrived last evening to a campground just outside the town of La Roche-en-Ardenne after the office had closed but a fellow had let us through the gate and told us to register in the morning.

The campground is right on a very pretty river that has a large berm – meant to keep floods at bay – and it’s a nice walk along the top, with the odd bench here and there. The weather changed completely more than once throughout the morning – clouds, sun, rain – but always windy.

Later in the afternoon we drove into the town – it’s very pretty, but I guess was almost completely rebuilt after WWII. 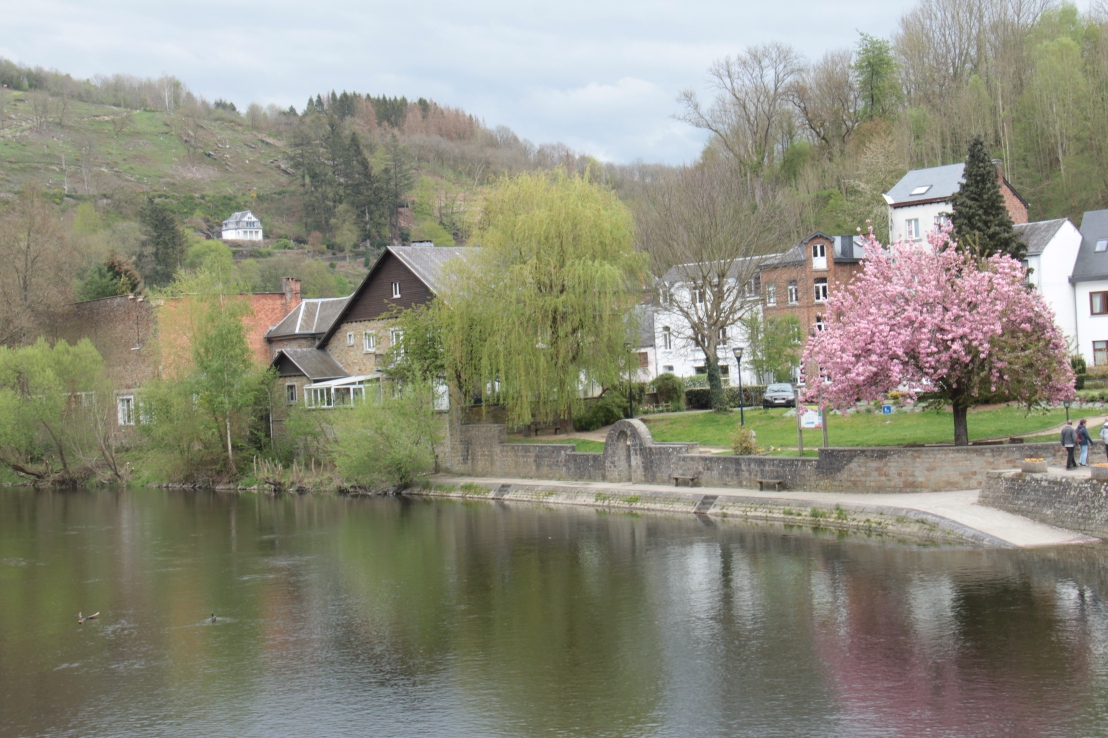 There is more than one US tank on display, and a fairly large war museum, as well as the usual memorial. 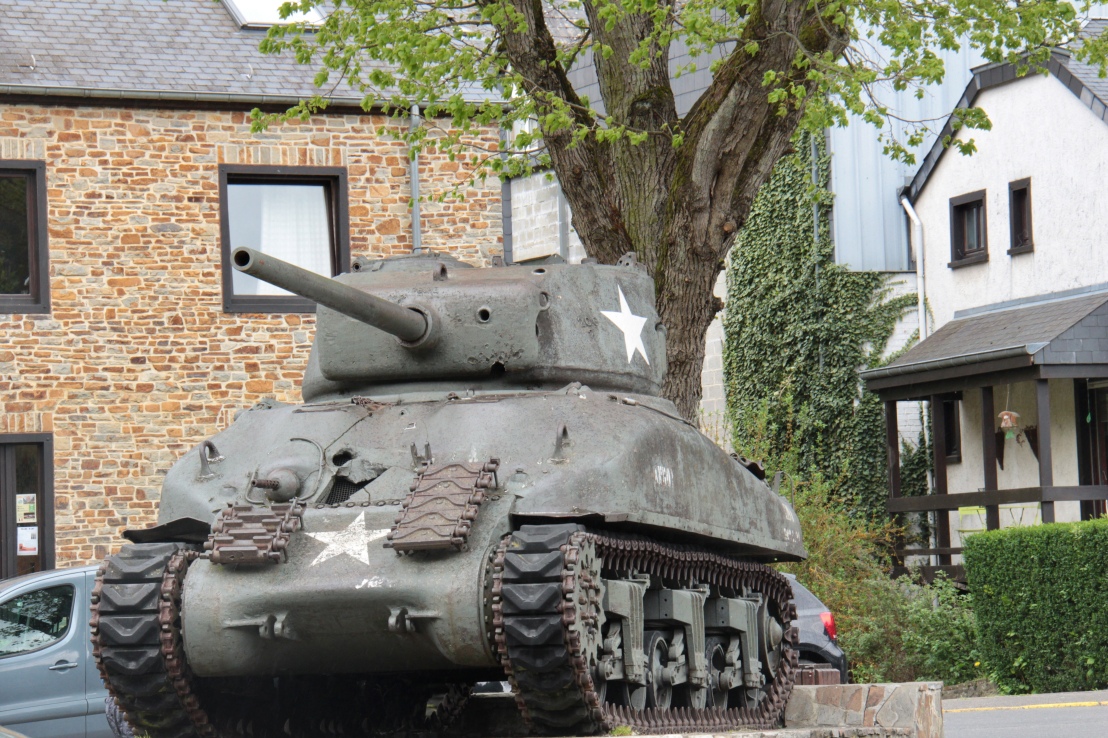 This area was heavily bombed by the Americans in the war to force the Germans to flee, and the town was a very important river crossing location during the Battle of the Bulge.

Many of the roads in the city centre are pedestrian friendly so walking around was quite relaxing – there are sculptures and artwork all over the place. 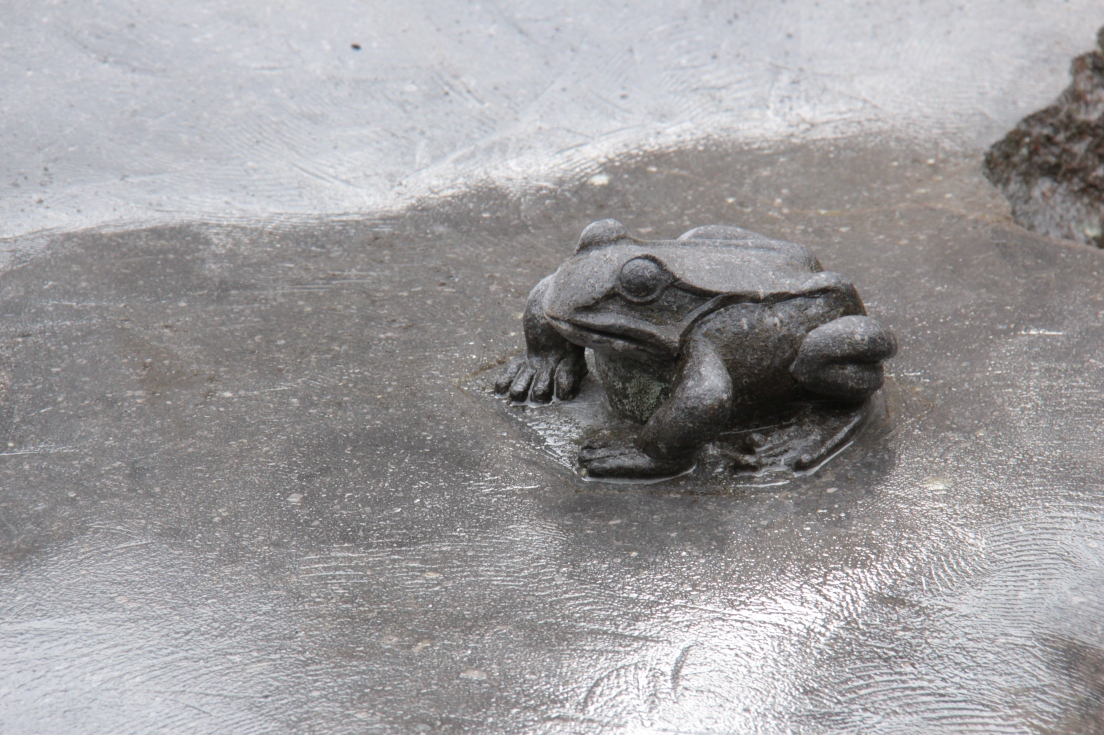 We stopped at a nice cafe/bar near one of the squares for a drink and waiting for the rain to diminish a bit.

As we passed the war museum the fellow was just about to take in the outside sign but waited a moment so I could take a photo of it. The town before the war in the top left corner and then the after – not much was left. 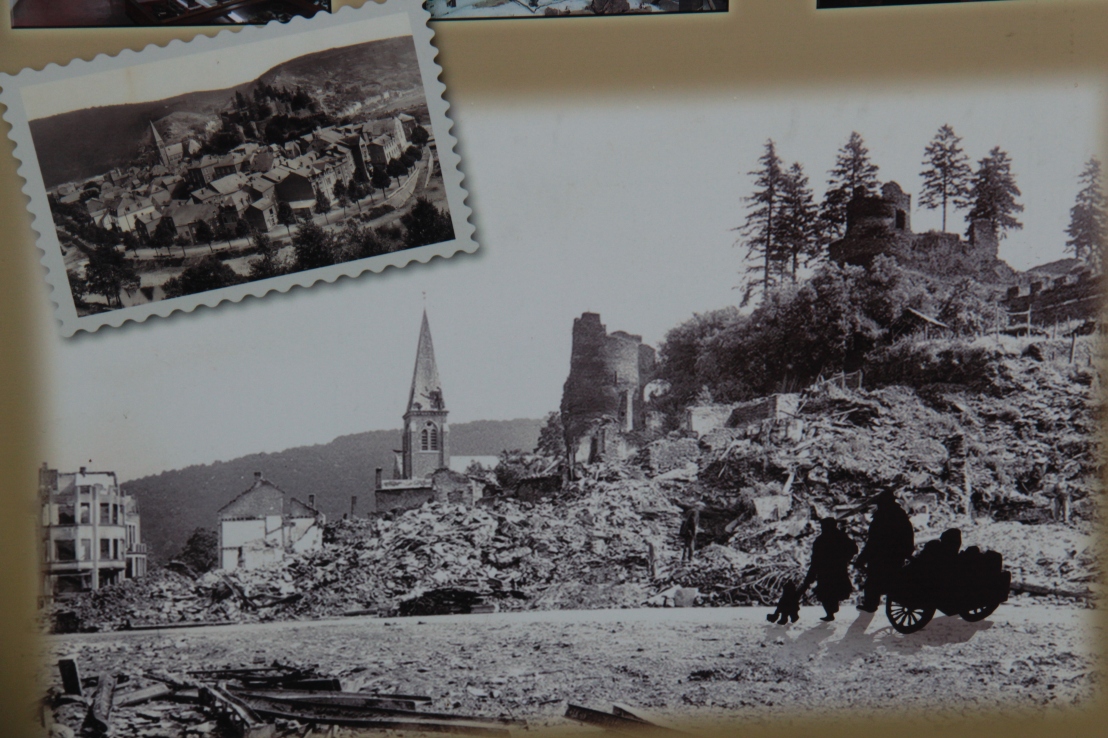 But they did a great job rebuilding, and the place seems prosperous and busy enough even on a rainy day in April.