Today is a rest day for the race, and it was beautiful and sunny, of course. We left our camping spot on the side of the road fairly early and drove as close as we could to the town of San Marino, which is on a large rock outcropping and not accessible to campervans. 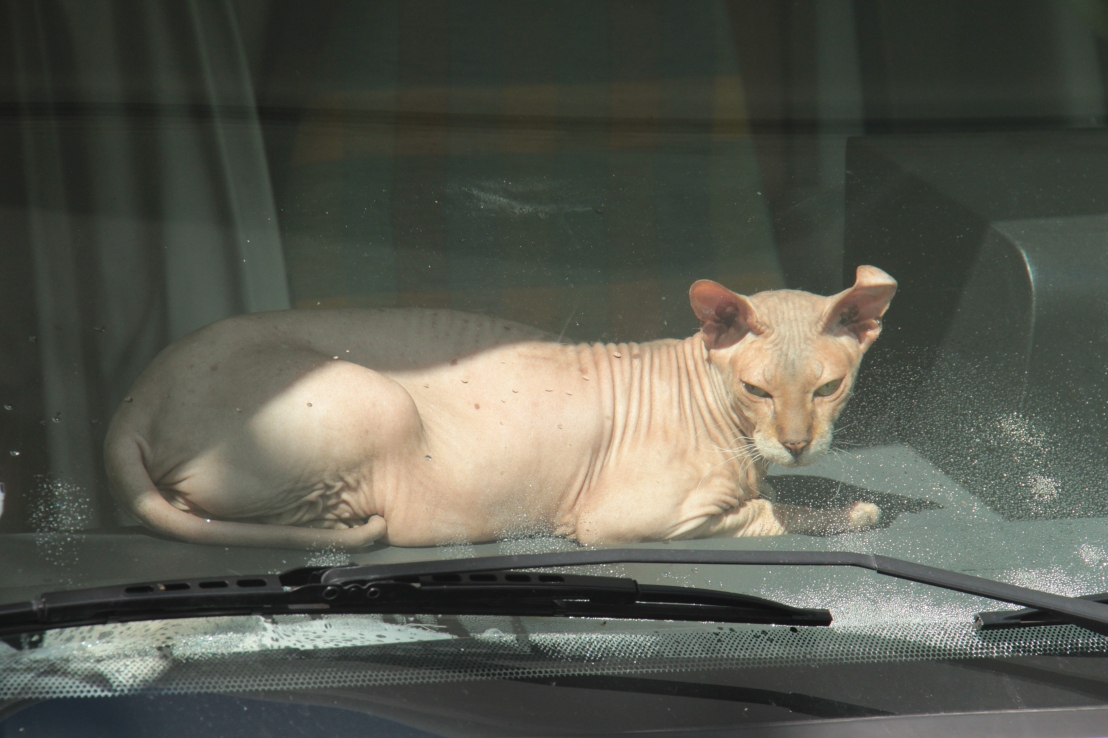 There was a camping/parking area at the bottom – one campervan had a cat in the window. I walked closer to take a photo – it was one of the ugliest cats I’ve ever seen as it was a hairless one – good for folks with allergies, I guess, but looked more like a large rat than a cat. It must be a good traveller, though, and seemed very calm.

It was a short walk to the cable-car that goes to the top and it wasn’t cheap – 8 euros each! – and poor little Mo had to go in a cage, which was thoughtfully provided. She’d never been in a cage before so didn’t really struggle. The view on the way up was fantastic although the ride was not that long – at least not for the price.

There was a large viewing area right as you left the cable car and those views were even more spectacular. There was a bunch of statues and placques as well. The tourist info office was right around the corner so I promptly headed there to get my passport stamped. As the lady was applying the beautiful stamp Colin ‘joked’ that it was 5 euros – I laughed, but he wasn’t actually joking. At least it was a nice stamp, and very different from all of the other ones I’ve accumulated.

We strolled up and down the narrow, winding roads – the place is already crawling with tour groups and filled with shops selling made-in-China junk. Also some nice stuff and some decent looking restaurants, although rather pricey. There are museums as well, including at least two ‘torture’ museums – we passed on those. 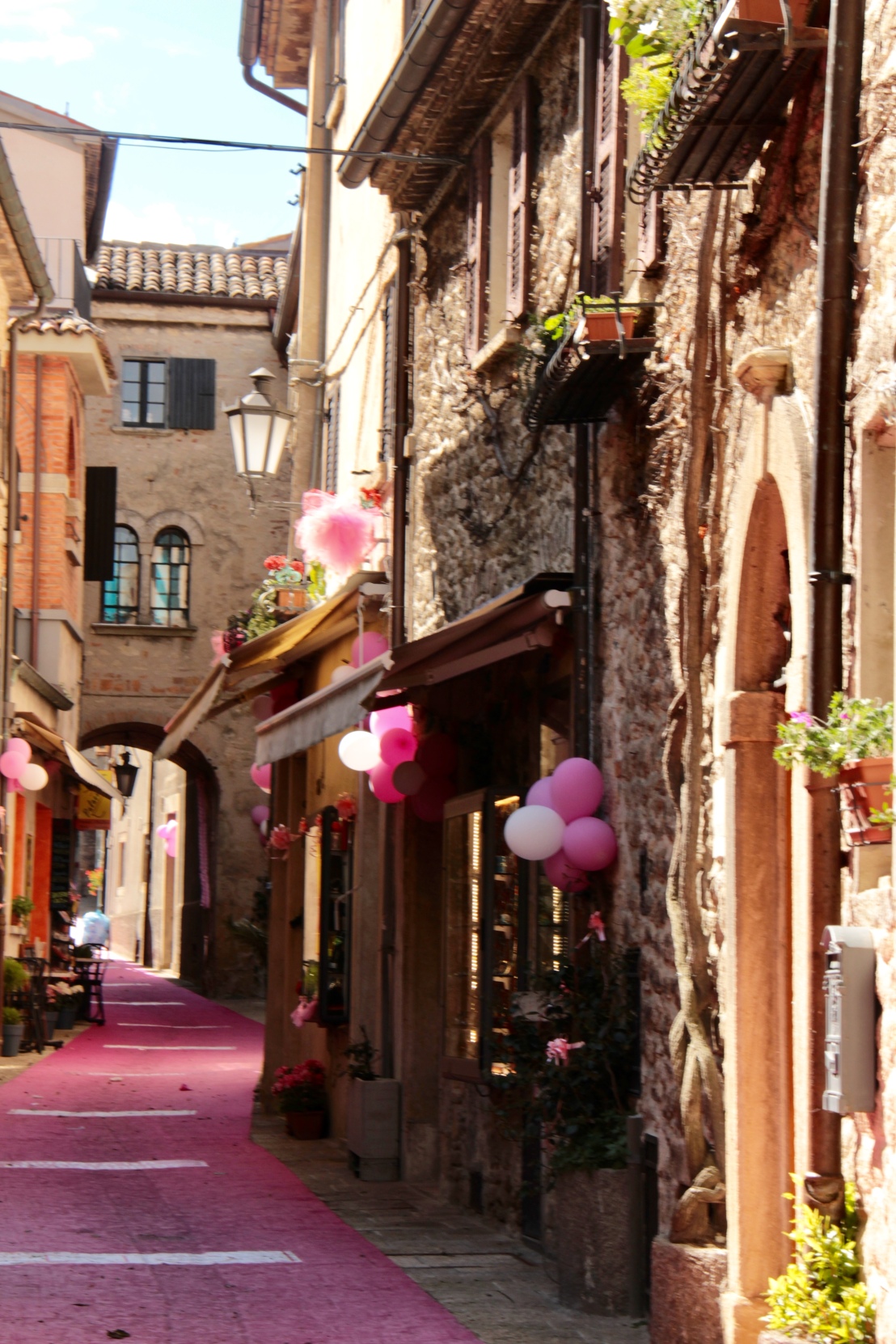 There was one free museum that we enjoyed – all the exhibits were about Pantini – aka ‘il Pirato’ – a great Italian cycling legend. We have a flag of the pirate that we usually fly in honour of him, especially when we’re in Italy.

The town apparently suffered considerable damage towards the end of WWII – likely by the Americans or the Brits, although I couldn’t read the plaque as it was surrounded by hoards of tourists listening to their guide, who I couldn’t understand.

All in all it was a very expensive passport stamp – we agreed that we wouldn’t bother going to the town again even if we were in the area. Our roadside camping in nearby Fiorentino was much more satisfying. 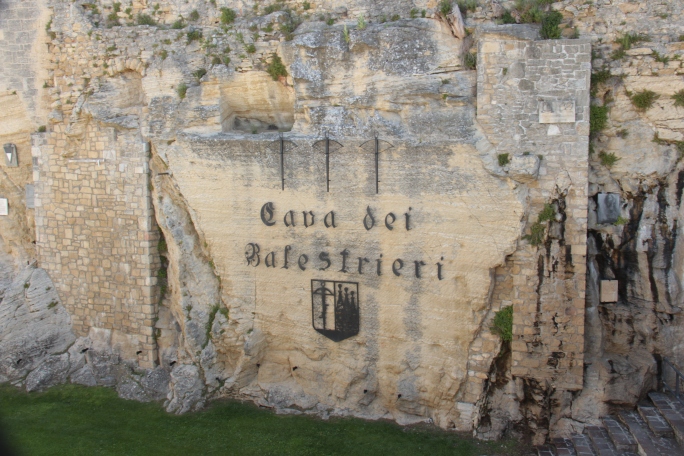 The ride down the cable car almost didn’t happen – Mo now knew what going into the cage was like and didn’t want anything to do with it. The cable car operator was getting impatient – even though we were the only ones there – but eventually Colin managed to shove little Mo in and get the door closed. It was so stupid – Mo is so well behaved, and there was no one else in with us.

Anyway, we made it in and to the bottom and continued back down to the campervan park. We originally planned to take the lesser highway northwest to a campground south of Cremona, but the slowness of the traffic got to us and we headed onto the nearby motorway.

A few hours later we arrived in Fiorenzuola D’Arda and found the campground just outside the town. It’s a lovely place with just a few camping spots – mostly I think they make their money from agritourismo and selling asparagus. Apparently their restaurant is very good but unfortunately wasn’t open for the season yet.

Shortly after arrival I decided a shower would be nice – big mistake. It was the opposite of the problem I had when I was almost scalded by the hot water at the place in Belgium – it was fridgedley cold. I managed to splash a bit of water here and there, then gave up – washing the hair will have to wait.