Several more rainstorms, as well as a very fierce windstorm in the last few days, along with a bit of sun. It really doesn’t seem much like June yet.

We spent some time one afternoon getting the campervan ready for our next short trip, and I discovered a huge, smelly mess in the fridge. Apparently one of us – ok, it was me – missed a couple of things in one of the door pockets, and one of the things was the butter. It wasn’t really butter anymore, but not quite cheese – it had melted in the heat of one of the warmer days and dripped down into the other two pockets and all over the bottom of the fridge.

I gagged repeatedly as I wiped it out with paper towels, then did two thorough scrubbings of everything with hot soapy water. We left it open to air for the rest of the day. Note to self: always check the top pocket!

I was inside the house doing something afterwards while Colin was finishing the campervan cleaning when I suddenly realized I hadn’t seen Mo lately. When I asked if she was in the campervan with him Colin said no. Luckily we had a good idea where she would be, and sure enough Colin found her nearing the bar – sneaky little rascal.

We got a good start the next morning – I showered, ate and packed, and we were on the road before 9:30. Packing was easier this time as we’re only going to be away for 3 or 4 days and I won’t be needing any of my winter stuff – theoretically. 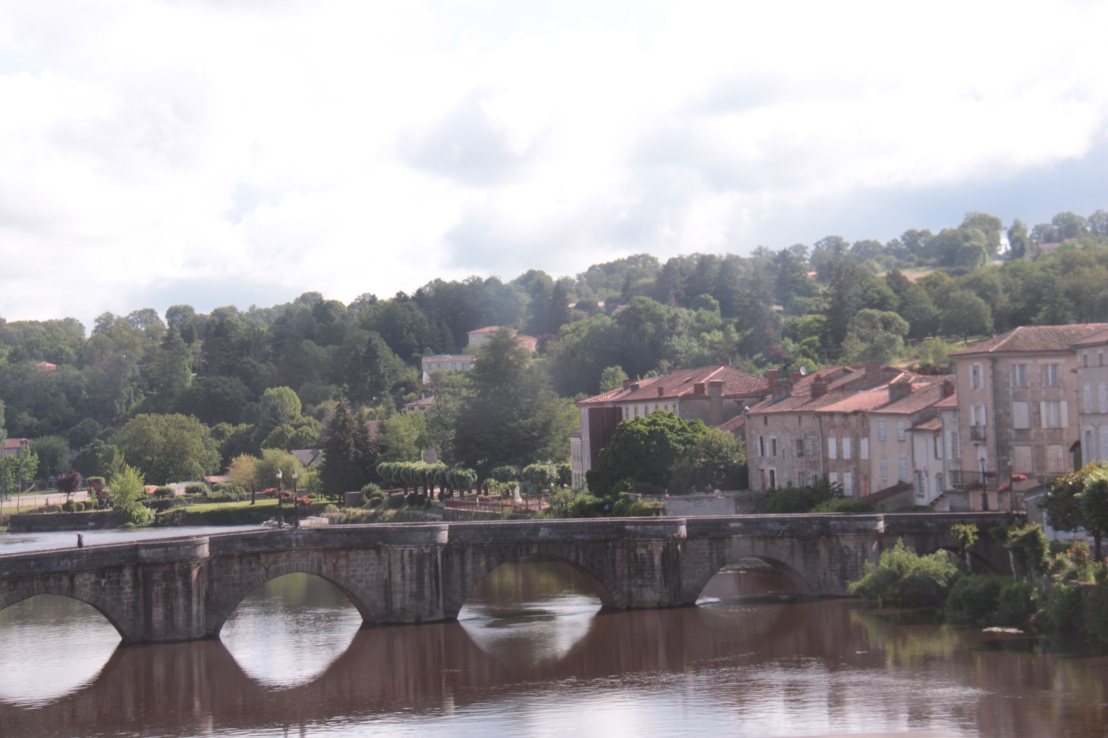 It was a bit of a drive as we chose to go on secondary roads rather than the toll-highway, but at least the roads are in better shape than the ones in Italy. We passed the usual memorials to the resistance – some from WWII, and some of today’s.

We tried to stop for groceries but most of the stores are closed as it’s yet another holiday in France. We finally found a Carrefour in La Souterraine that was open until noon and stocked up on essentials. 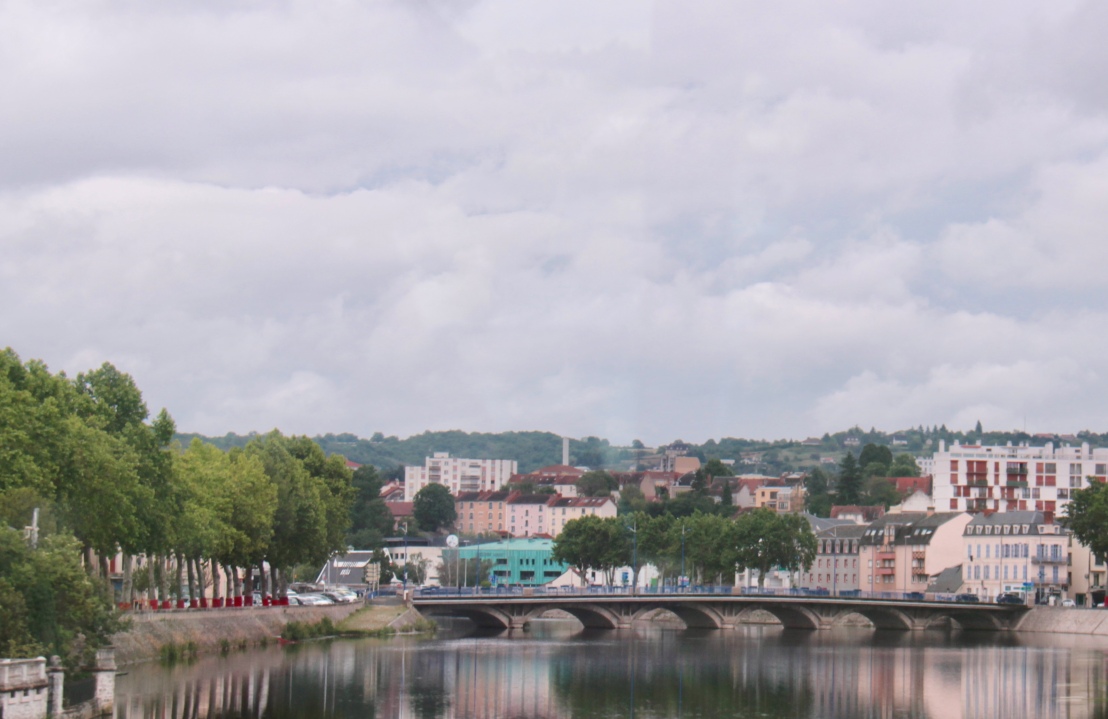 I had chosen a spot to head for – there are three minor climbs in a row between 50 and 75 km from Tuesday’s finish in Riom so we found the route and traced it backwards. We passed what looked like a good spot, drove to the next town and turned around.

Unfortunately there’s been a rockslide on the main road in the area so all of the local and through traffic is now using this small side road. I guess the drivers will just have to exercise patience – ha ha, good luck, this is France – when the race is on, as they do close the roads down completely for large races such as the Dauphine.

We settled in and had some pasta with salad for dinner, then Colin took Mo outside for a little walk. Shortly after coming back Mo was sitting on my lap when Colin noticed something on her – she’d picked up a tick! It was very small and hadn’t yet burrowed in and I spent the next hour off-and-on searching for more.

Had a pretty good night, although the dickheads that honk as they go by annoyed me greatly. The thing is if I’m asleep they don’t wake me up and if I’m awake I hear them and all they do is tick me off. I pretend to myself that they’re just saying a friendly hello to us when in reality they’re being assholes. And it’s not just in France – they have friends in Italy that also do it.